CryptoPunk 7523 is part of the Natively Digital: A Curated NFT Sale. In a Sotheby’s first for an NFT, this work will be sold at a live online auction on June 10, 2021, with advanced bidding beginning on June 3.

Launched on June 23, 2017 by studio Larva Labs, CryptoPunks were originally free to acquire for anyone with an ETH wallet. There are a total of 10,000 Punks, each with their own distinct characteristics – no two are exactly alike. The 24 x 24 pixel, 8-bit-style Punks embody an aesthetic mirroring the nostalgic punk spirit, reflecting the crypto-anarchist philosophy that brought together many of the weird and wonderful misfits that came to build the early crypto infrastructure.

Cryptopunk 7523 is one nine Alien Cryptopunks, and the only one with a mask. The 9 aliens represent the rarest ‘Punk type’, with the remaining collection composed of 24 apes, 88 zombies, 3840 females and 6,039 males. These Punks are further distinguished by a myriad of random attributes, including ‘medical mask’ of 7523, or the blue ‘bandana’ of Ape Punk #4156 – each voice their own distinctive identity. Every Punk has a unique set of attributes, with anywhere from 0 to 8 distinguishing characteristics. The 8 Punks with no attributes at all have been dubbed as the ‘Genesis Punks’, while #8348 exists as the only CryptoPunk to boast a full set of 8 features - donning a top hat and classic shades, puffing a cigarette through his buck teeth and big beard, and sporting an earring and a mole.

Punks were designed as pseudonymous portraits, masks for those crypto pioneers that value the idea of privacy in the modern age. Avatars, portraits or masks, they stand as semiotic reference points to a specific internet crypto native identity that now spreads itself across social networks - particularly Twitter. More is said by a Punk as a profile picture than a portrait of the individual behind the account. Art and the history of collecting ties largely with both an intellectual curiosity about culture, the idea of conspicuous consumption, and the need to have cultural objects that reflect the collector’s place in the world. Punks revolutionise this. Instead of the private gallery, or the home as a space for discussion and private presentation of art, NFTs – and Punks in particular – fundamentally reorder this experience into the digital realm. They have become the ultimate digital flex, a unique symbol of identity in the virtual domain, with the infrastructure of the blockchain to prove ownership. Such technologies are fundamental in the idea of the Punk as an avatar, affording members of the crypto communities with an inalienable sense of self. The individuality and exclusivity that generative art provides, combined with a large edition size, allows collectors to find commonality with both the collective but also the unique edition.

As a result, it should come as no surprise that Punks reside at the heart of the NFT and crypto ecosystem. Their frequent appearance on the Twitter profiles of prominent individuals in the NFT space serves as a constant reminder of the Punk movement's capacity to offer collectors a refuge of trust amongst the wilderness of the social media jungle. The sale of #7523 presents the opportunity to join an exclusive club with one of the most coveted works in the entirety of the NFT movement, and one that specifically speaks to our times. 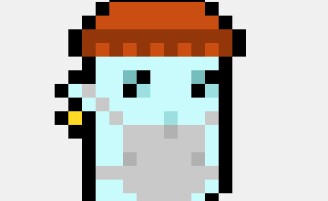 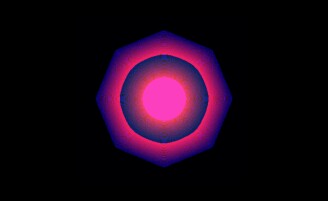