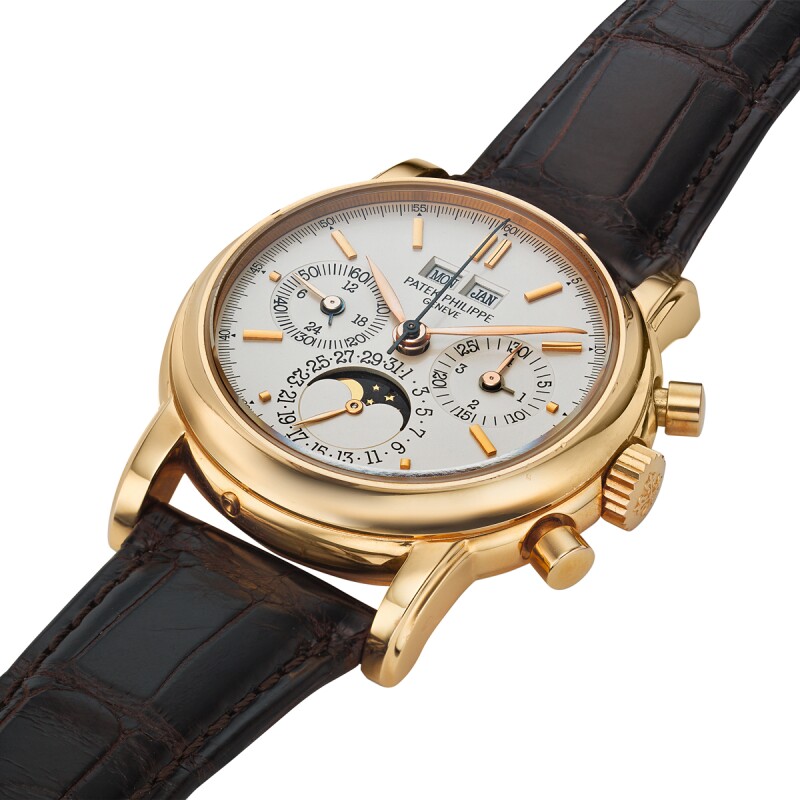 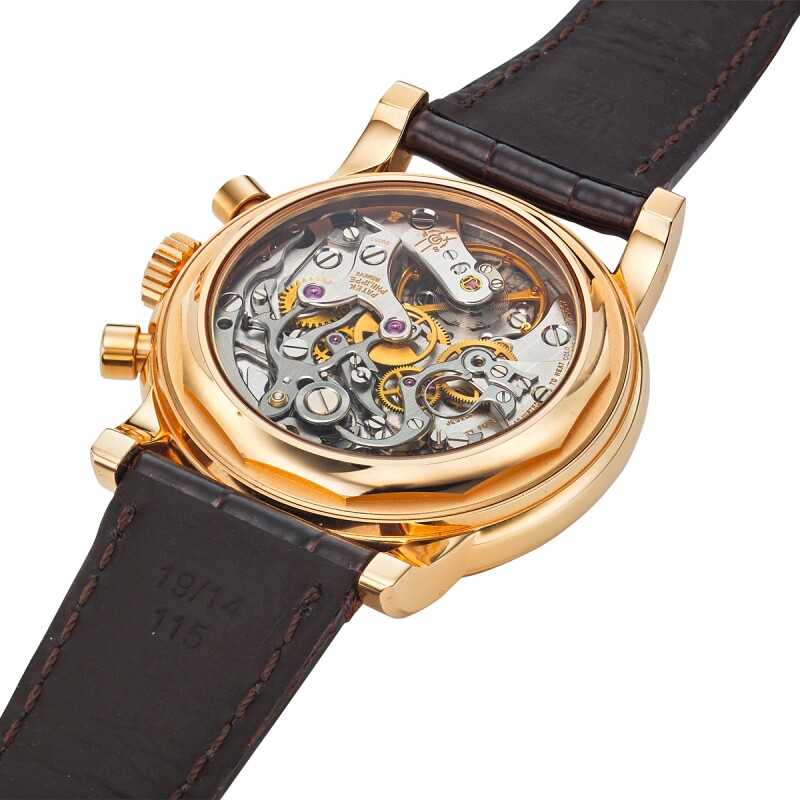 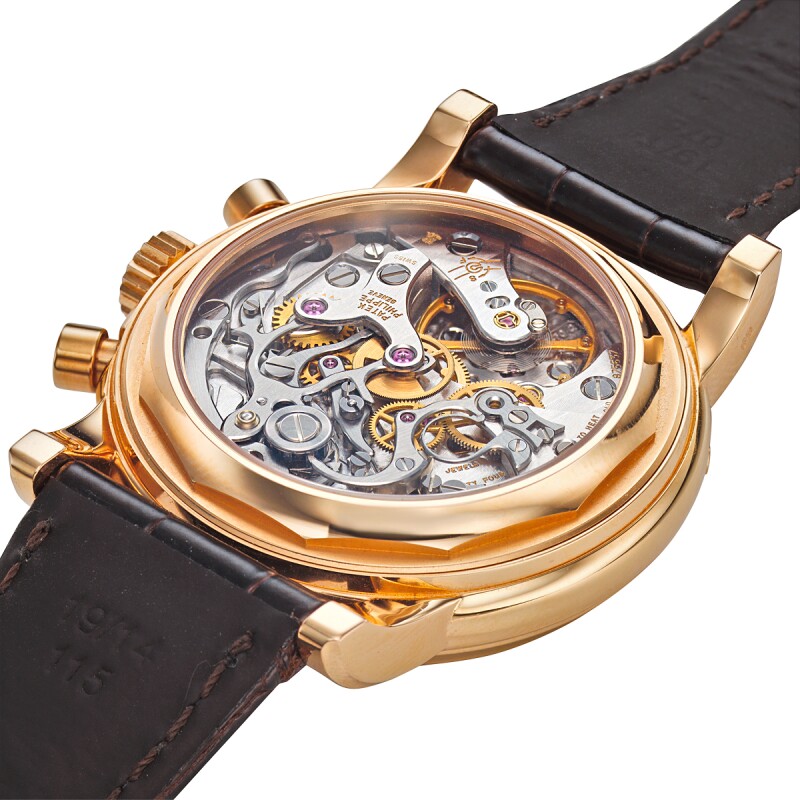 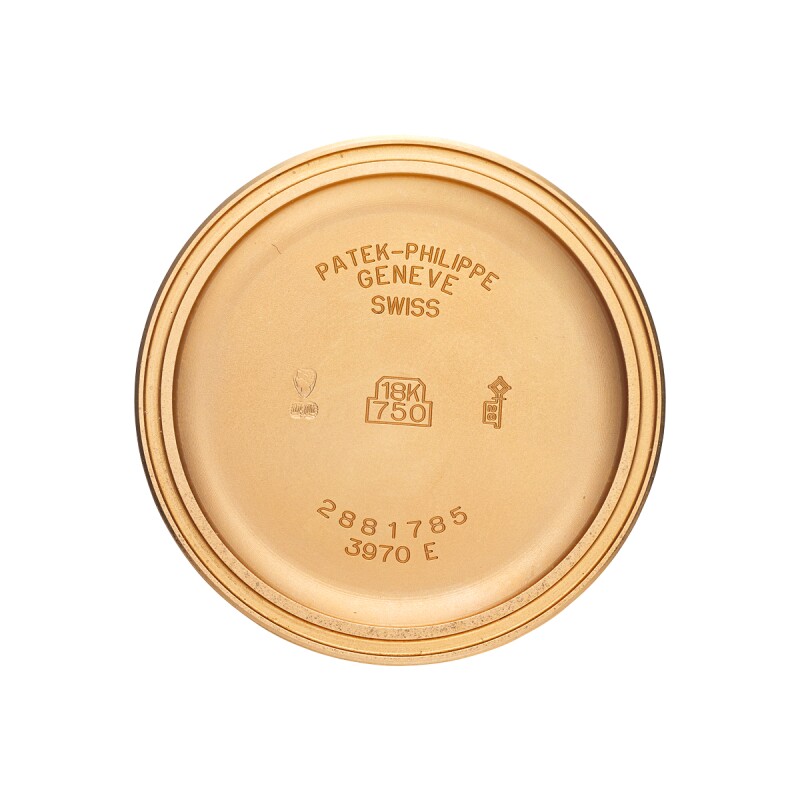 As the direct successor of reference 2499 (see lot 134 and 245), reference 3970 launched in 1986 and remained in production until 2004. Manufactured in yellow gold, white gold, rose gold and platinum, reference 3970 was considered a standout from prior perpetual calendar chronographs produced by the firm. Some of the most noteworthy modifications were made to the size and the movement.

The movement in previous perpetual calendar chronographs, such as references 1518 and 2499, were Valjoux-based movements, whereas reference 3970 was the first Lemania-based movement used in a chronograph — caliber CH 27-70 Q. The slightly smaller movement allowed Patek Philippe to create a smaller case size, measuring to 36 mm diameter.

The 'E' in reference 3970ER stands for étanche, French for waterproof — referring to both the solid and sapphire screw-down casebacks the watch can be fitted with. The present example is in superb condition, and an excellent addition to a growing watch collection.

This second series example was last sold publicly June 14, 2007 by Antiquorum, New York and had at the time its original Patek Certificate of Origin and papers from Patek Philippe Japan. Today, the watch still retains a copy of this Certificate of Origin, Extract from the Archives, fitted box, buckle and setting pin. However, the most important feature of ‘The Japanese Rose’ is the fact that it has two backs, a feature rarely seen on a second series. The extra sapphire back was only made upon special request and in this case for an important Japanese customer. Together with the second series dial featuring batons and feuille hands, this watch is an exciting addition to a collection, or to have the opportunity to own an important early ref. 3970, one of the earliest examples with two casebacks.

The watch is in overall very good condition with an extremely strong case that has developed light patina throughout. The dial and hands are in excellent original condition. The movement is working at the time of cataloging.