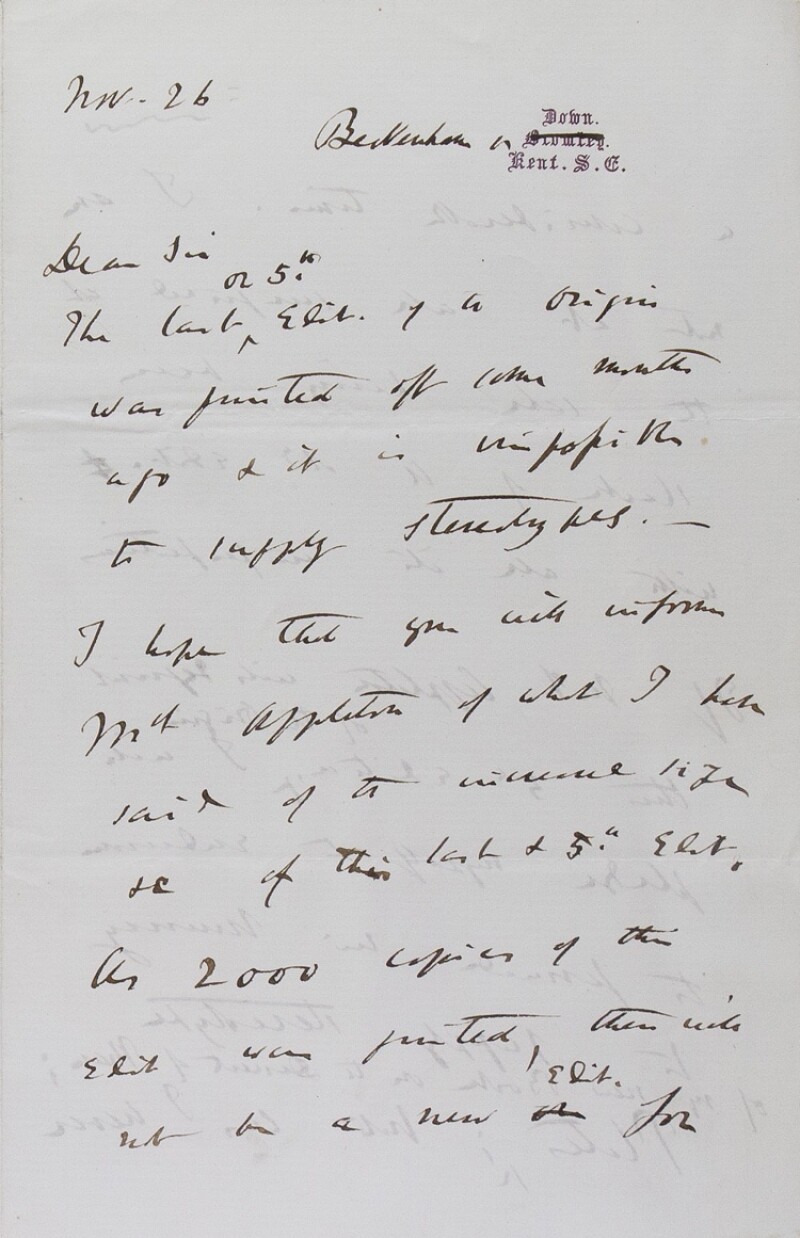 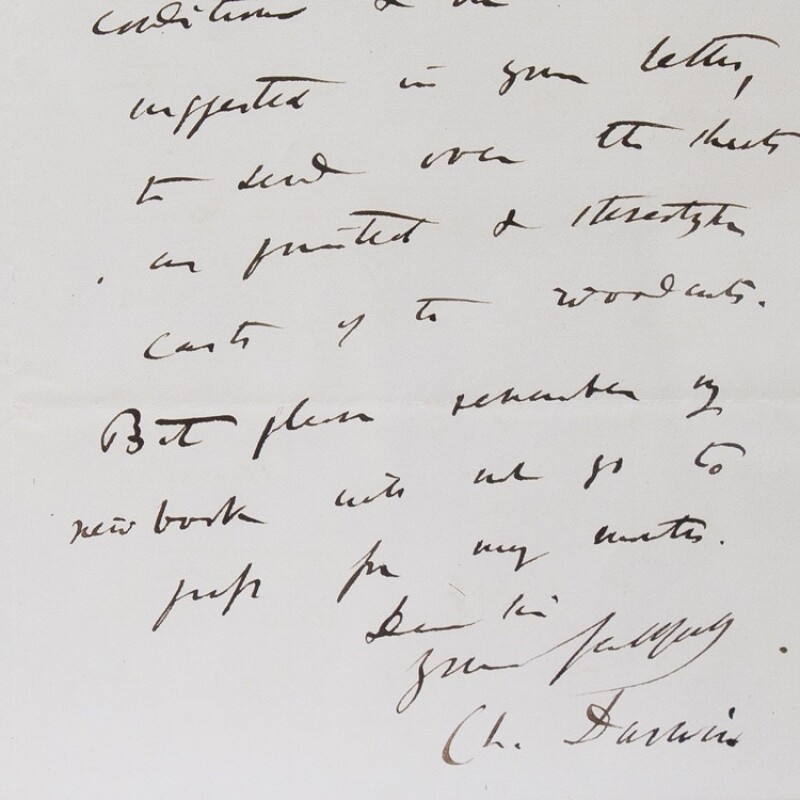 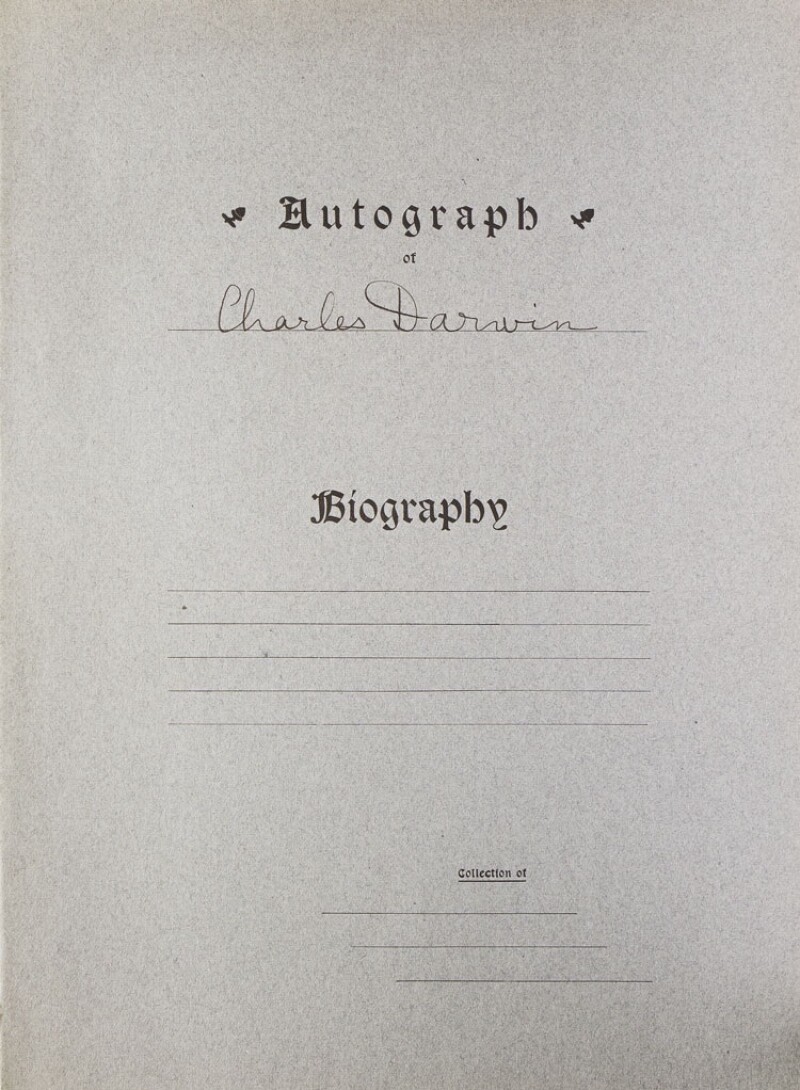 Autograph letter signed ("Ch. Darwin") to Charles Layton, Appleton's London agent, about a second American edition of On the Origin of Species

An apparently unpublished letter by Darwin regarding a new American edition of Origin.

Charles Darwin (1809-1882) writes to Charles Layton, London agent for Appleton, about bringing out a revised and expanded second American edition of On the Origin of Species. The letter is a reply to Layton's of the day before, in which he'd inquired after stereotyped plates of the English edition. In part:

"The last or 5th Edit. of the Origin was printed off some months ago & it is impossible to supply stereotypes. I hope that you will inform Mr. Appleton of what I have said of the increased size of this last & 5th Edit. As 2000 copies of this Edit were printed, there will not be a new Edit. for a considerable time ... If Mr. Appleton will reprint this 5th Edition ... I will pledge myself to endevour to persuade Mr. Murray to supply stereotype plates of my new book on the Descent of Man; but as I never before heard of such such a scheme, I have no idea whether he will comply. At any rate I will please myself, on the above conditions & on the terms suggested in your letter, to send over the sheets as printed & stereotype casts of the woodcuts. But please remember my new book will not got to press for many months."