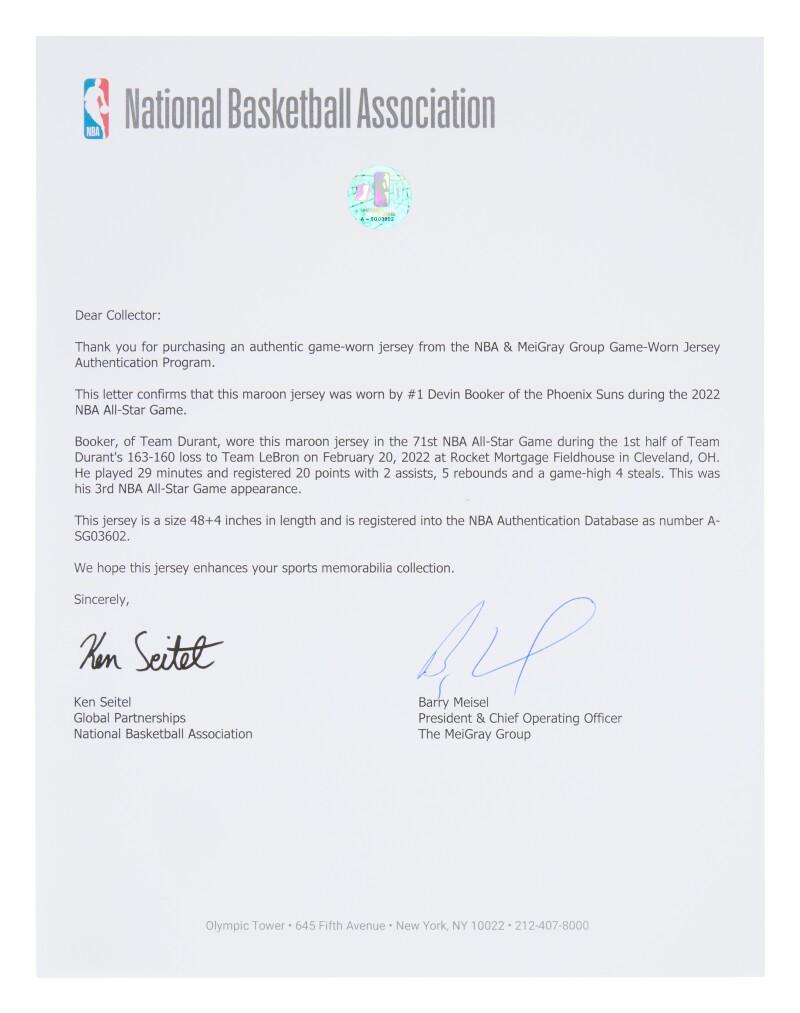 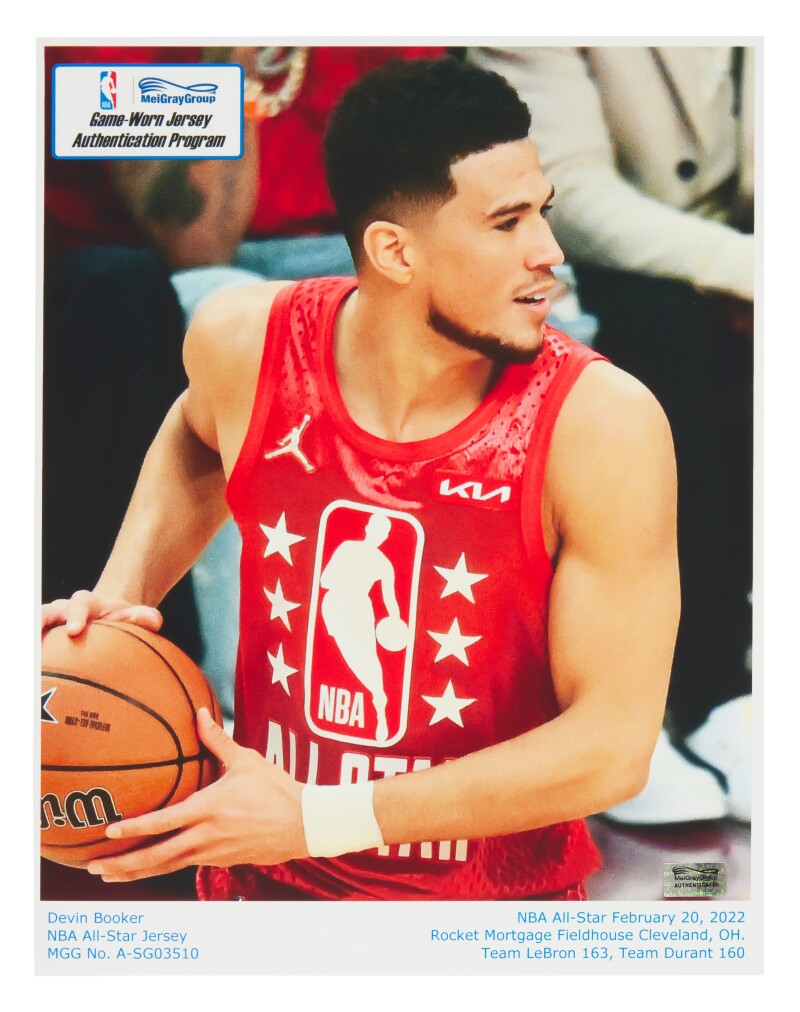 Phoenix Suns superstar Devin Booker has emerged as one of the premier perimeter players in the NBA. Fresh off his first NBA Finals appearance in 2021, Booker led the Suns to a league-best 64 wins in 2021–22, earning the number one seed in the Western Conference. He averaged 26.8 points, 5 rebounds and 4.8 assists during the regular season. For his efforts, Booker was voted into his third consecutive NBA All-Star Game. In addition, he was named to the 2022 All-NBA First Team, his first career All-NBA honors.

Under the recently amended NBA All-Star Game format, the two leading vote-getters in each conference — LeBron James and Kevin Durant — served as captains and drafted their respective squads from a pool of All-Stars. Booker was selected by Durant as the first reserve off the board.

Booker wore this maroon “Team Durant” jersey in the first half of the All-Star Game at Rocket Mortgage Fieldhouse in Cleveland, Ohio. He scored 20 points and added 5 rebounds, 4 steals and 2 assists.

The jersey is accompanied by a photomatch letter from The MeiGray Group.

Condition consistent with use.