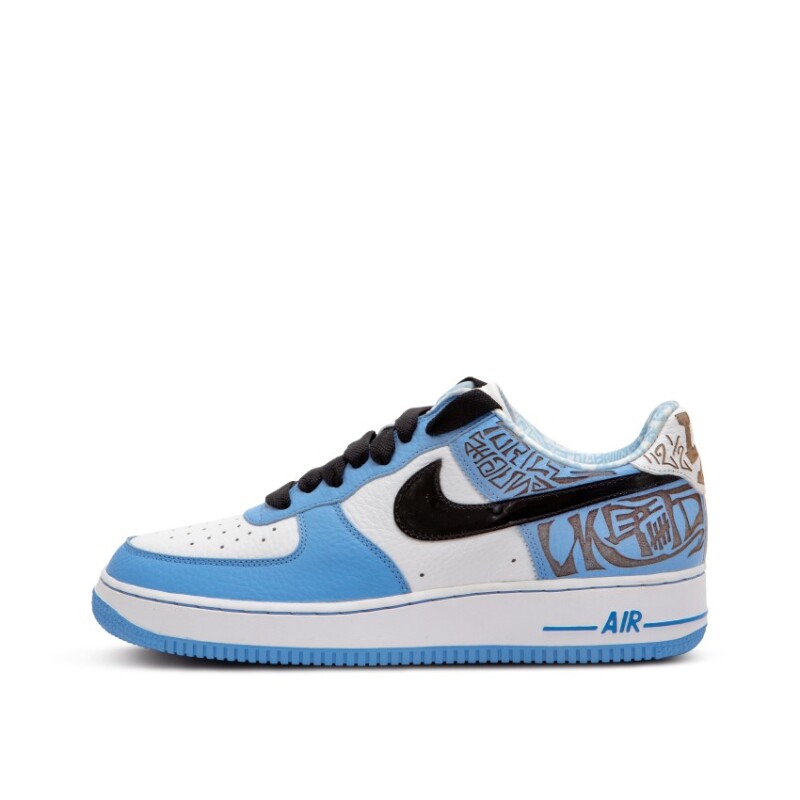 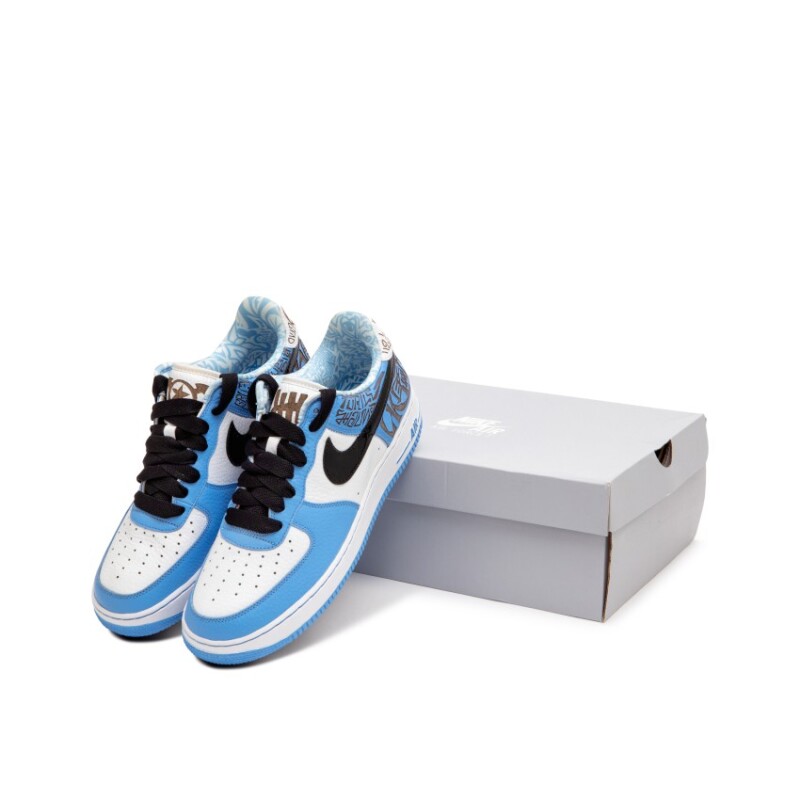 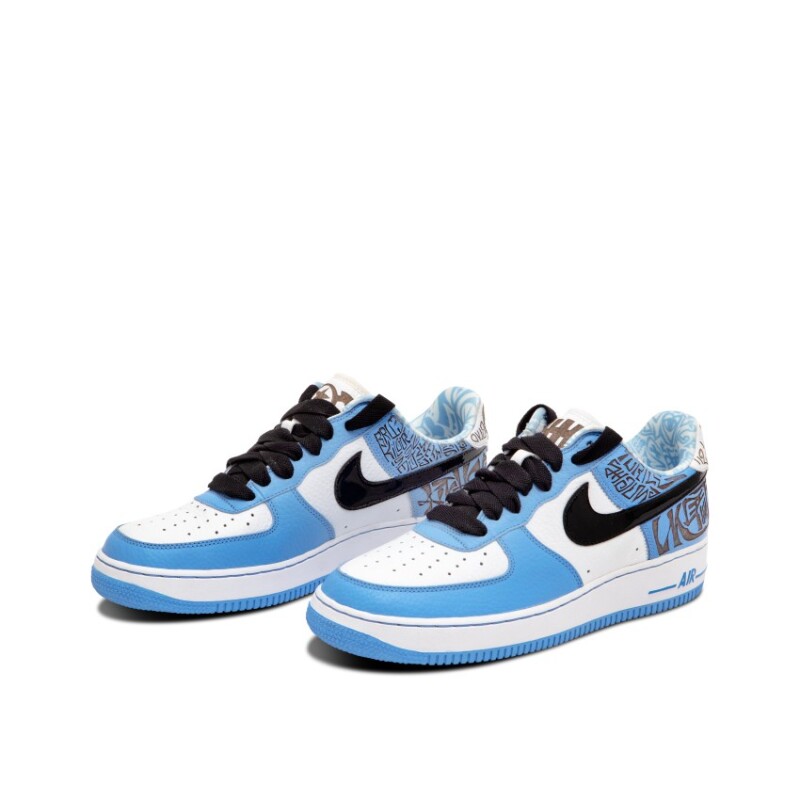 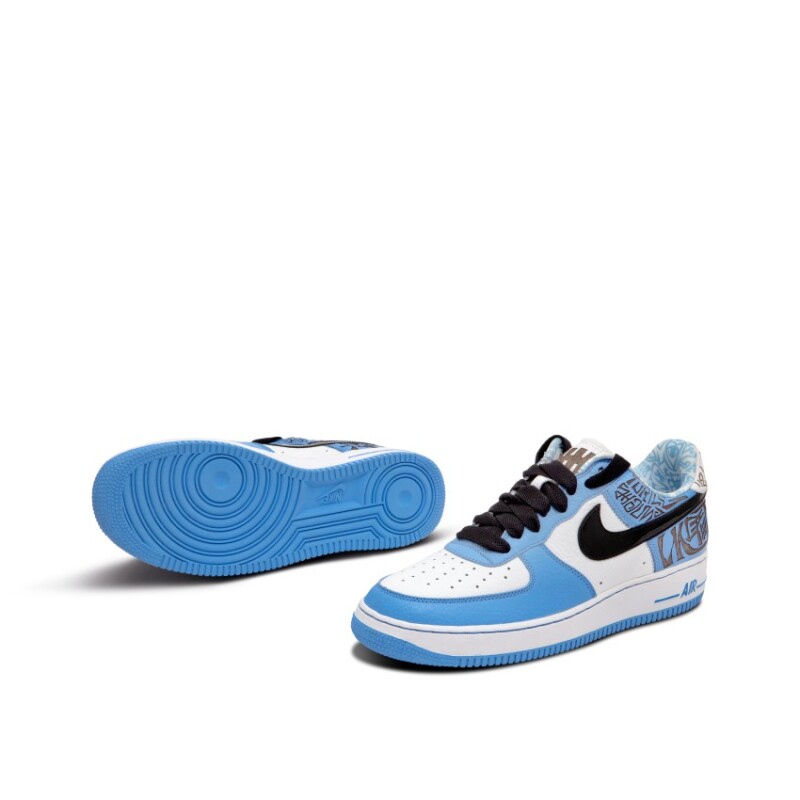 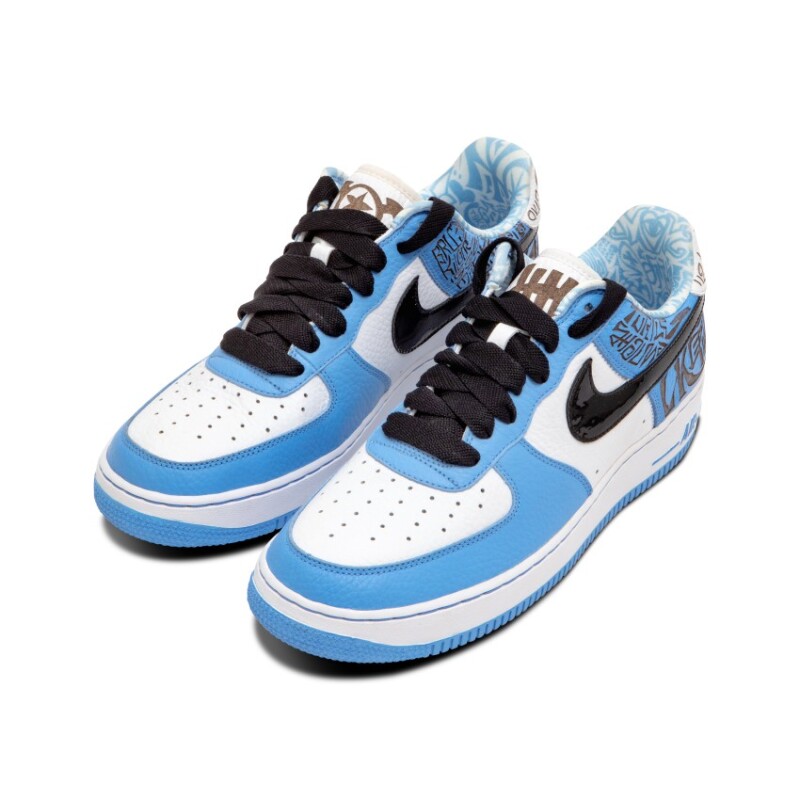 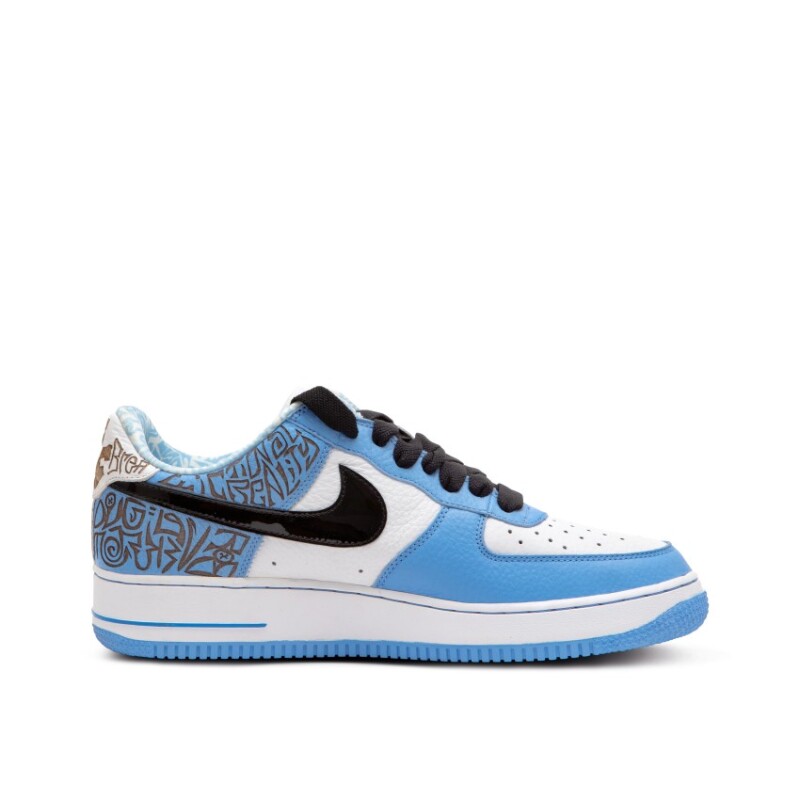 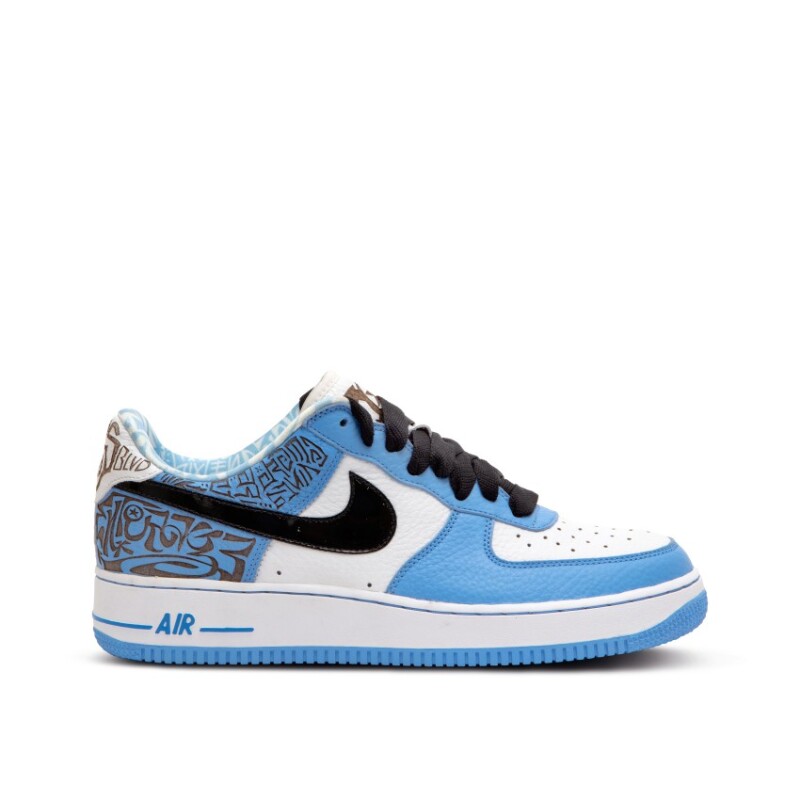 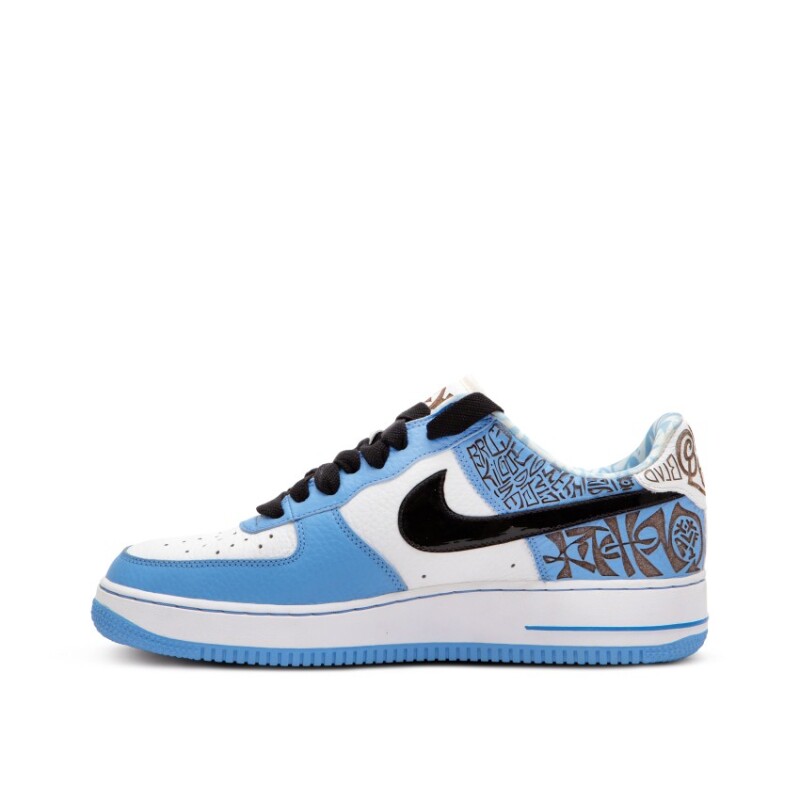 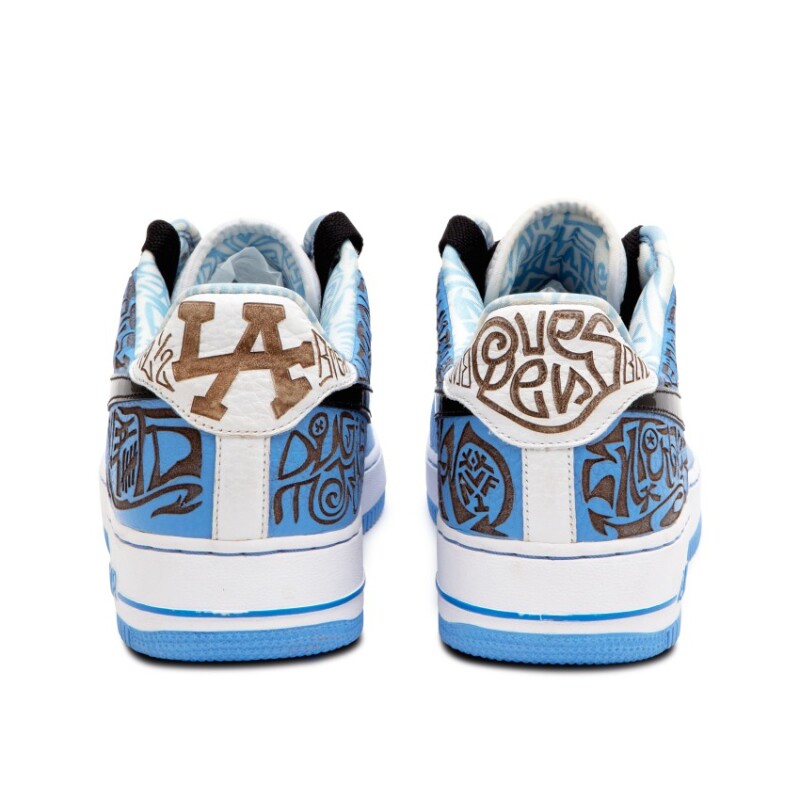 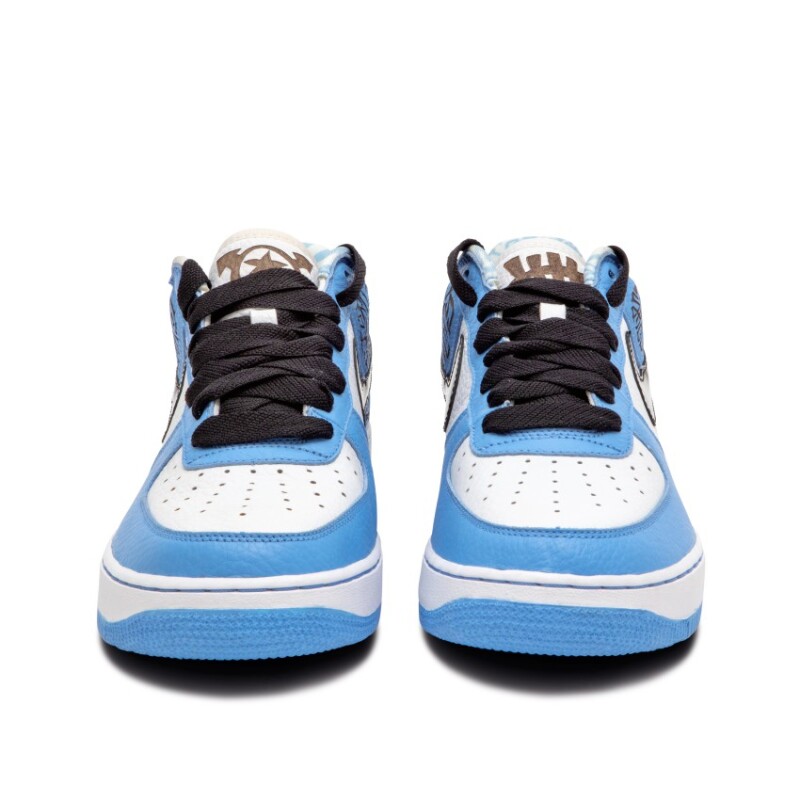 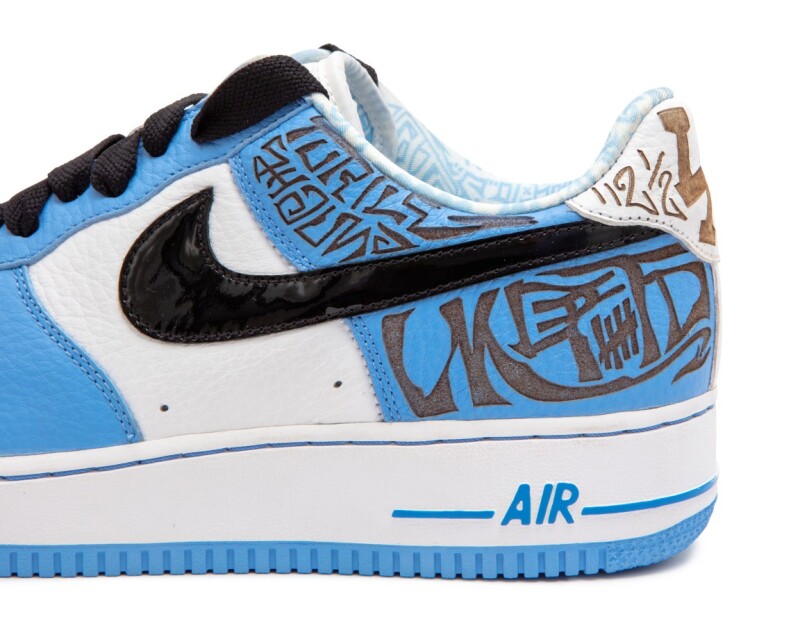 This rare pair of Air Force 1s, from the mid 2000s, is a collaboration between Nike and Undefeated in commemoration of the hit HBO television show Entourage. The Blue Premium Georges ‘Entourage’ was the first sneaker Undefeated and Nike designed in honor of the show. It was made in addition to the Gold Fukijama Air Force 1 featured in the same episode.

In the show, Salvatore “Turtle” Assante spends an entire episode devoted to hunting down the Blue Fukijama Air Force 1 (this model). Though Fukijama is a fictional artist, the sneaker's pop culture history has led it to be a much sought after item for collectors. The striking Air Force 1 features a laser-etched design on Blue & White leather panels. The heels feature “LA” and “Queens Boulevard” text, referencing the character’s residence in LA, as well as Vincent Chase’s breakout performance in the fictional movie “Queens Boulevard.” These sneakers are a rare find and are highly sought after.

This item is final sale and is not eligible for return.