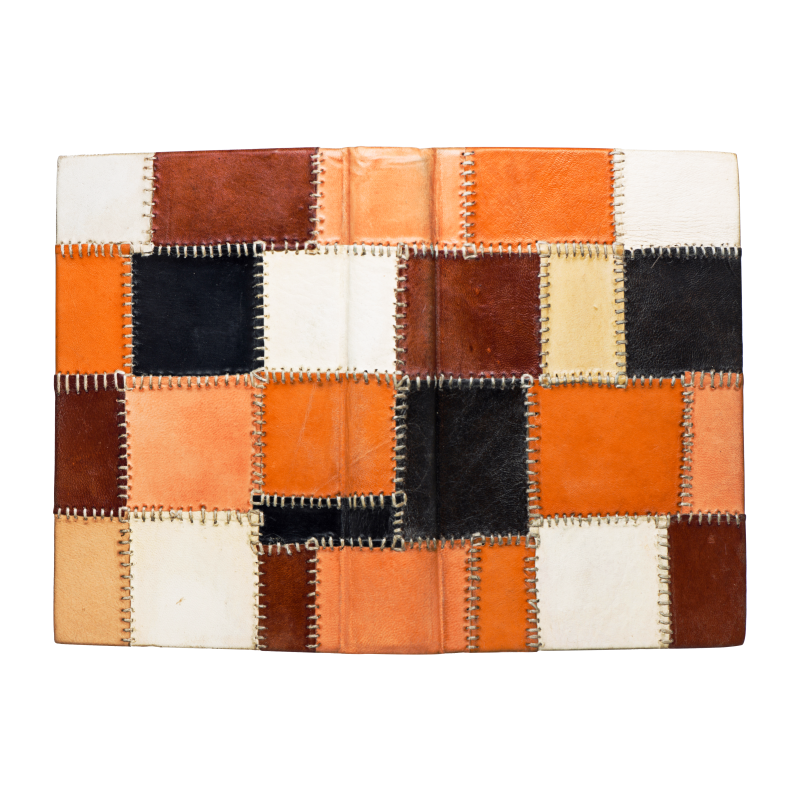 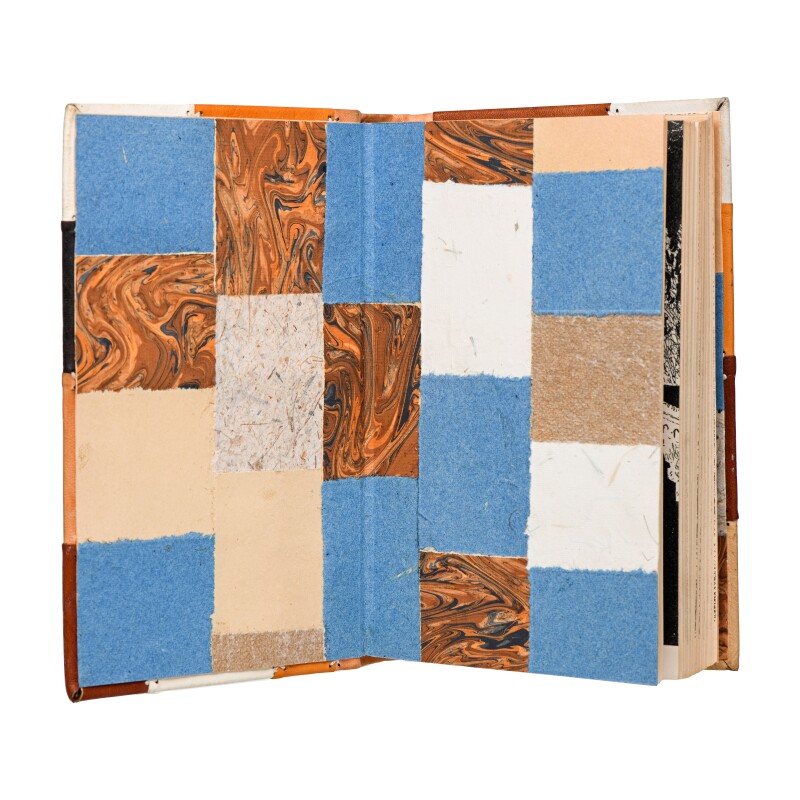 Artfully bound and illustrated copy of Swift's most famous work.

Richard Tuttle is a painter, writer, graphic designer, carpenter, bookbinder and lover of literature. For the past 20 years, he has combined his many interests to create one-of-a-kind works of art that merge the written word with fine leather, paper, paint, wood and veneer. These original book bindings have been exhibited in numerous galleries and were featured in a PBS documentary on the Chicago Art beat. Richard describes his work as follows:  “I make literary artifacts. They are designed to pull books down off the shelf and display them in the salon, gallery or home as if they were works of art, which, of course, they are. Whether binding books with leather, paper, paint, wood, and found artifacts or building sculptures to encase the volumes, I seek to find a perspective that shouts out a piece of the essence of the literary work. I try to put myself in the author's or character's mind to say something about the time it was written in; the attitude that is explored and expressed; the magic that makes it a work of art. While I obviously respect and admire the books I work on, the humor, wit and raw energy I find so attractive in their works leads me to places that some might call disrespectful, but are, for me, essential parts of these literary works. Motivated by Marcel Duchamp's attempts to elevate the object into art and William Blake's efforts to remake his world and James Joyce's efforts to include all culture and all action in one whole: Motivated by the ongoing conversation of Jazz musicians between its earliest practitioners and its most avant-garde practitioners: Motivated by the great world library of 'what we are' as extolled by Jorge Luis Borges: Motivated by the desire to live in a world that is conscious of itself and conscious of its ability to create itself: I create these art objects out of books in order be surrounded by a physical environment that reflects the world of ideas I want to live in.”

Minor soiling to the white leather.