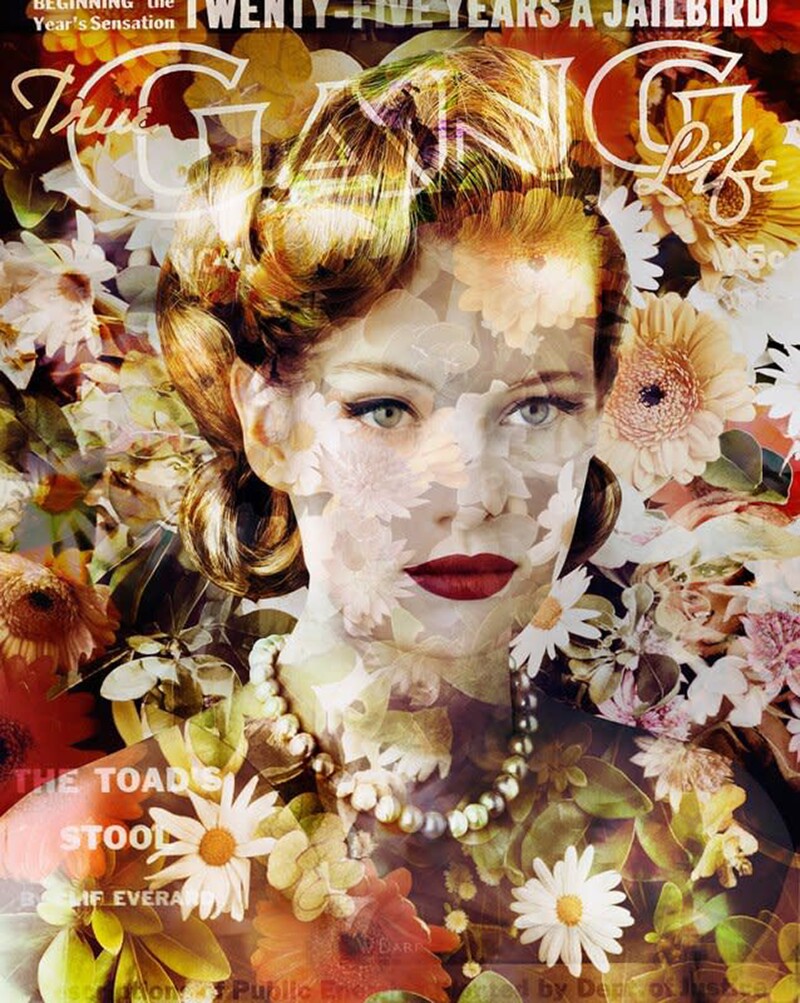 "This photograph has a hybrid nature which places the subject between the organic and the sublime.

...I have chosen flowers with a simple, precise outline used here for its purely graphic qualities, to create a sort of decorative vegetal framework with bouquets of flowers in which the woman's face is inscribed as part of a whole, as in wallpaper.

The graphic text frames the portrait, its font corresponding to the curves of the lady's hair and the shapes of the petals. The phrase "Gang life" is a striking contrast to the elegance of the portrayed woman, whose appearance is perfectly in accordance with conventional aesthetic codes of the fifties. Merged with the floral pattern, comics seen on either side of the woman give the image a subtle tension.

The result of the superimposition is a surprising image that evokes a particularly sophisticated form of overlay. This photograph has a hybrid nature which places the subject between the organic and the sublime. The Baroque style has also been an inspiration for me. I'm especially interested in flowers as imagery because to me, they're an ideal 'baroque pattern'."

Signed on labels on Dibond on verso