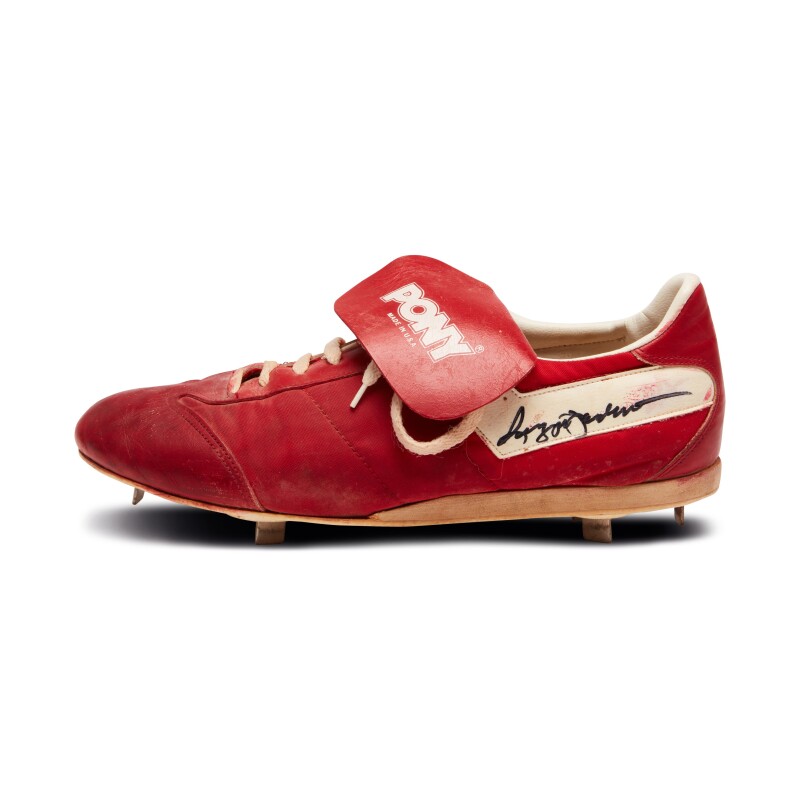 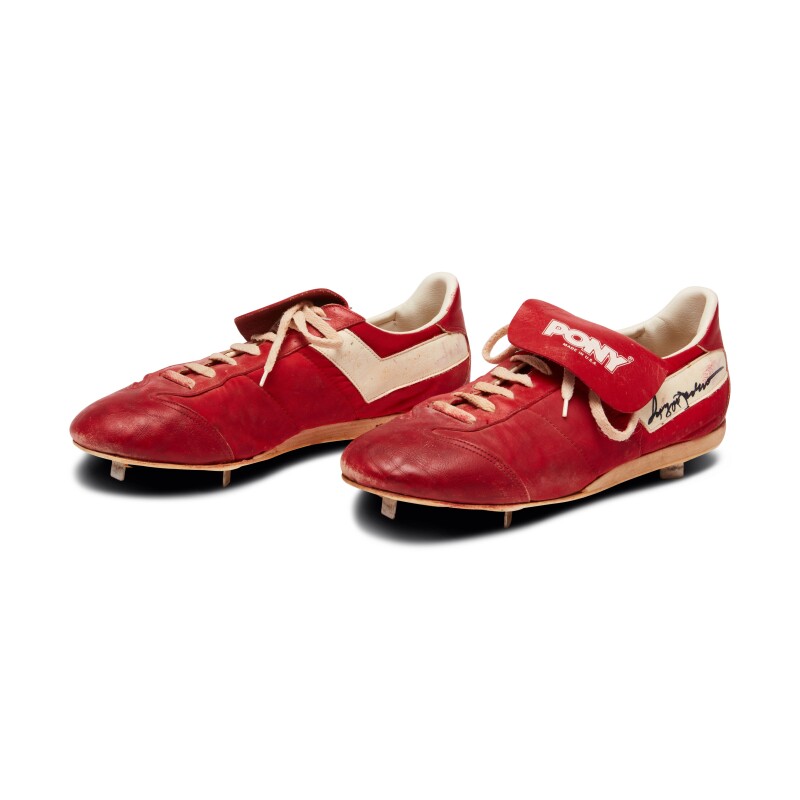 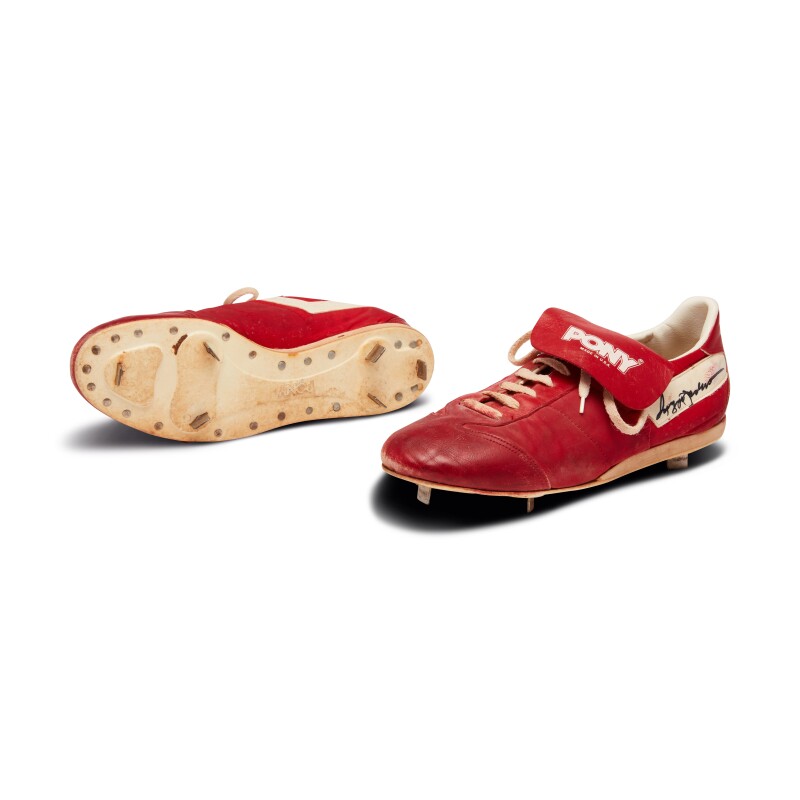 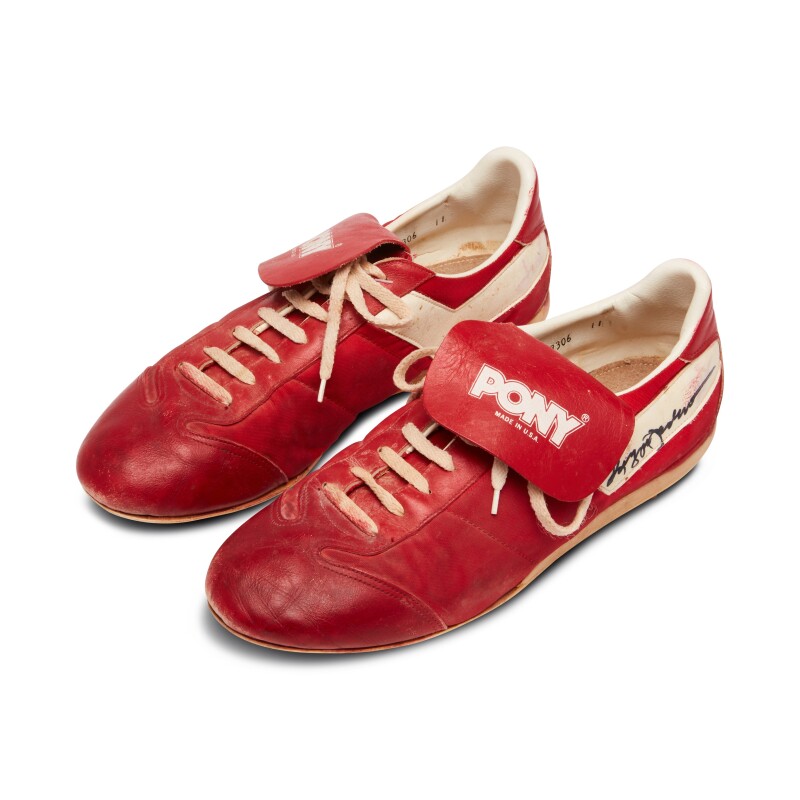 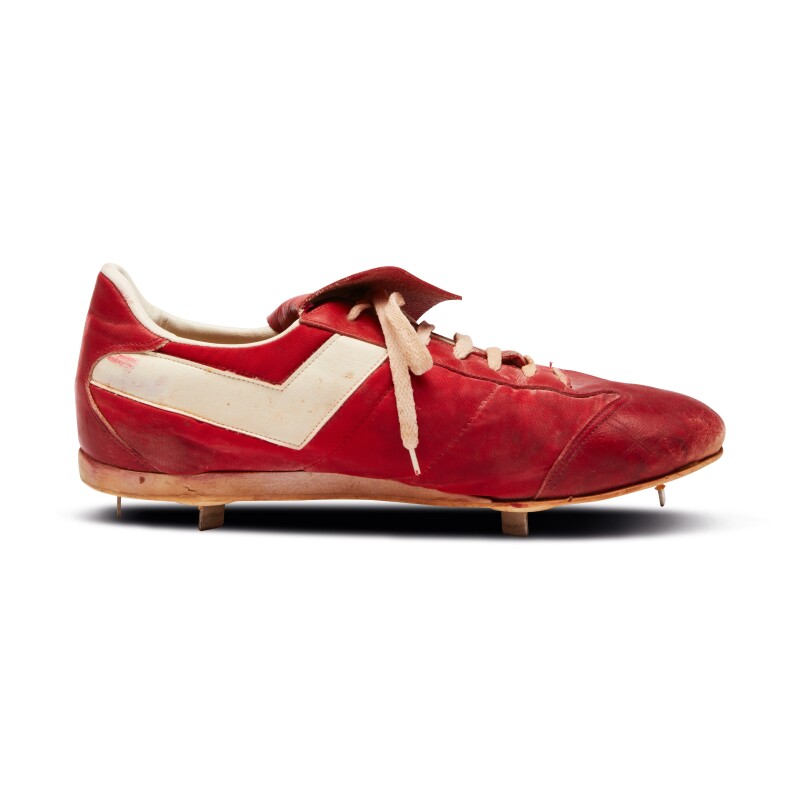 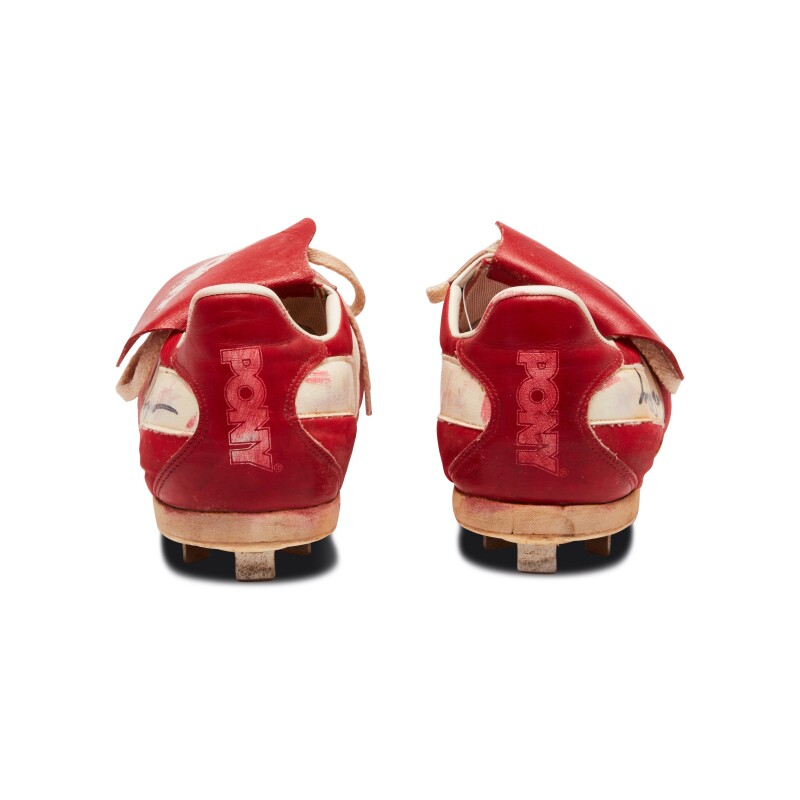 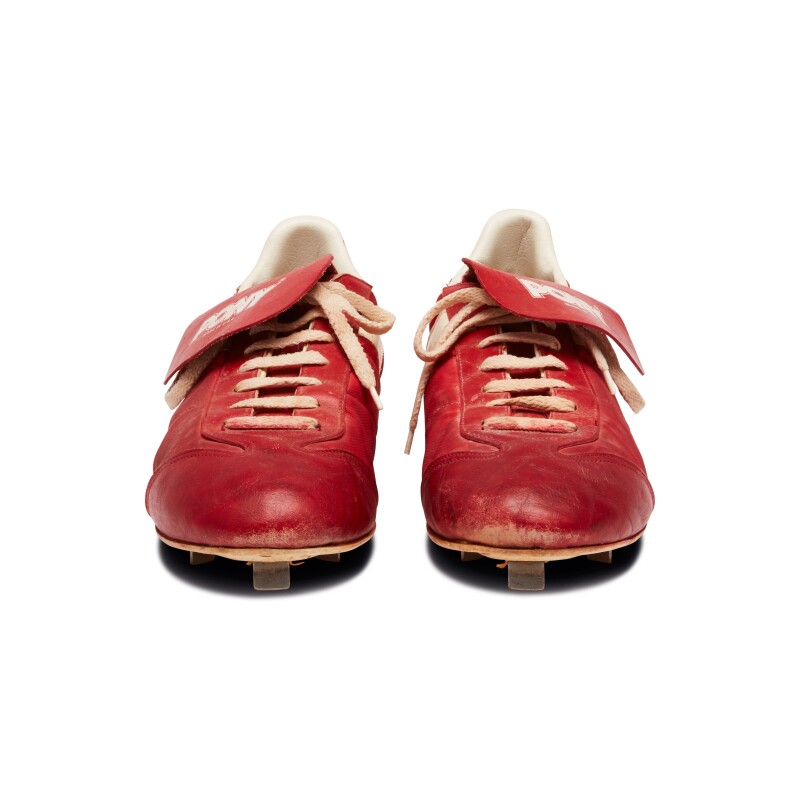 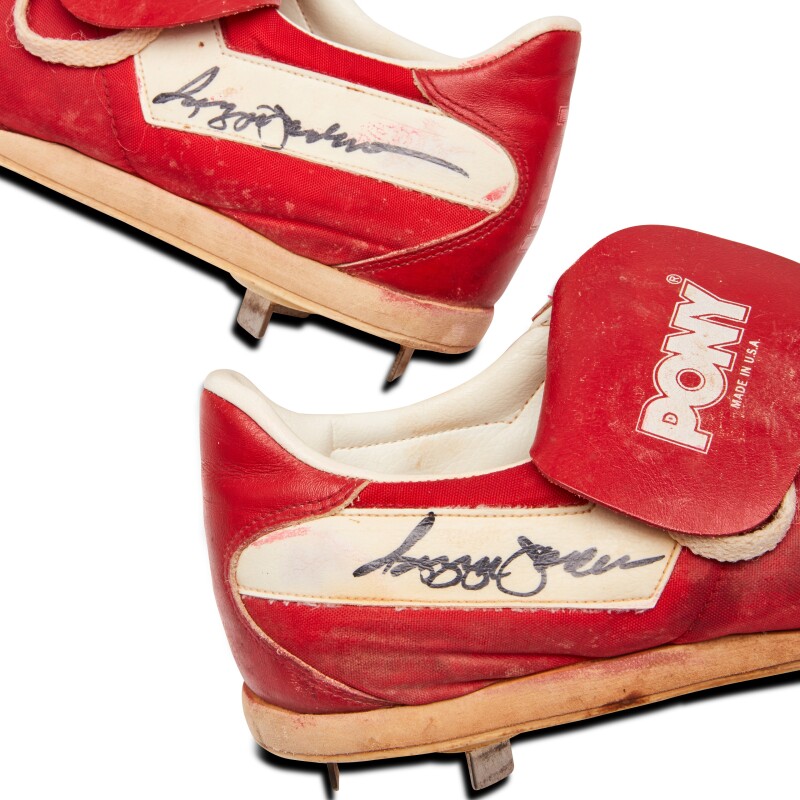 During his baseball career, Reggie Jackson was a 14-time American League All-Star, member of five World Series championship teams, and won the American League MVP Award in 1973, where he led the junior circuit in home runs, RBI and runs scored. During his 21 big league seasons, Jackson totaled 2,548 hits, 563 home runs and 1,702 RBI. He was elected to the Hall of Fame in 1993. These dual signed cleats were worn by Jackson during his time with the California Angels baseball team.