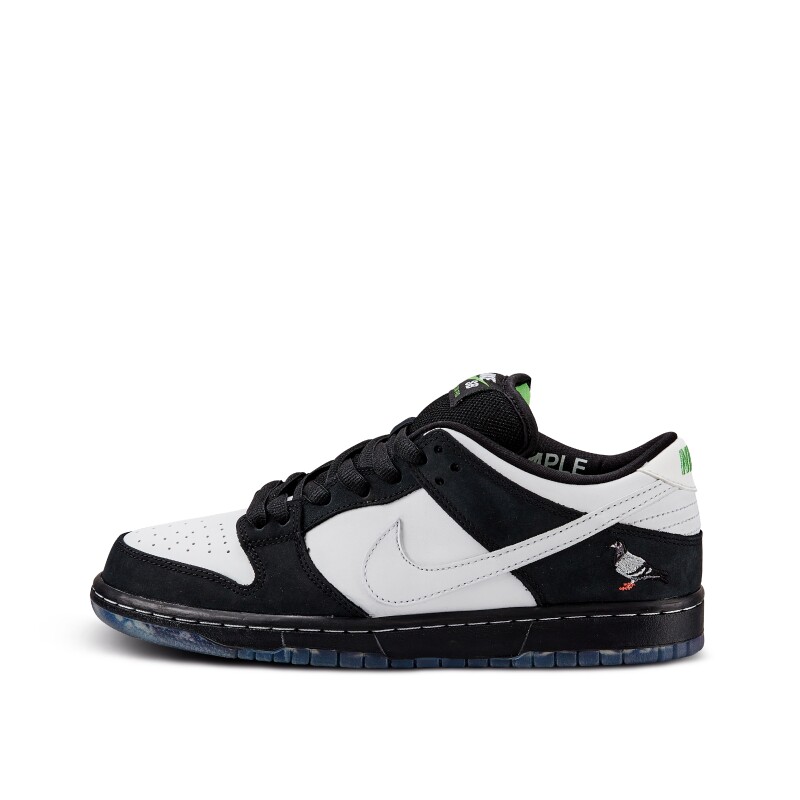 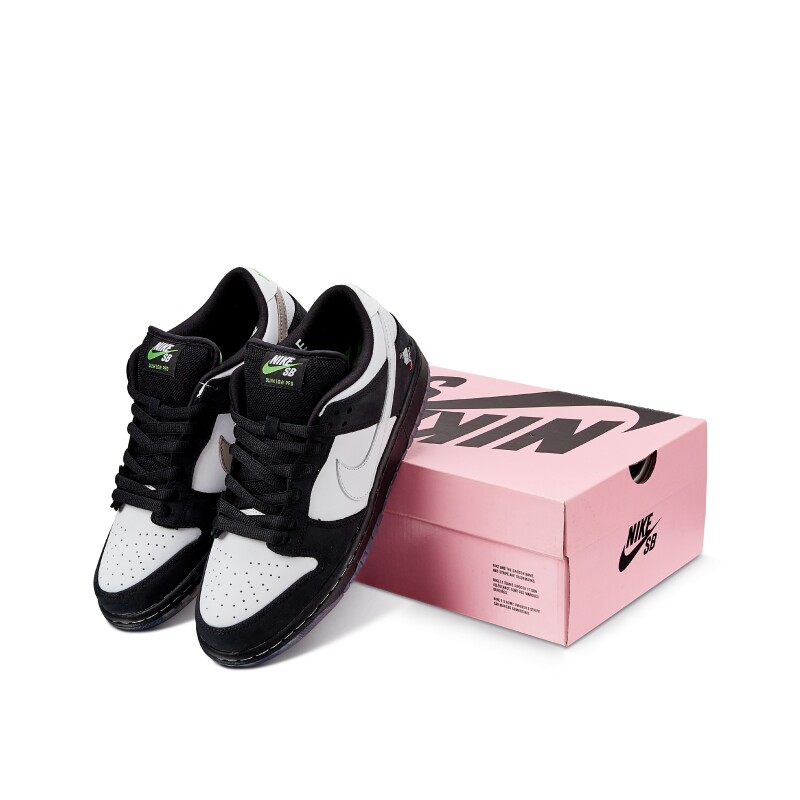 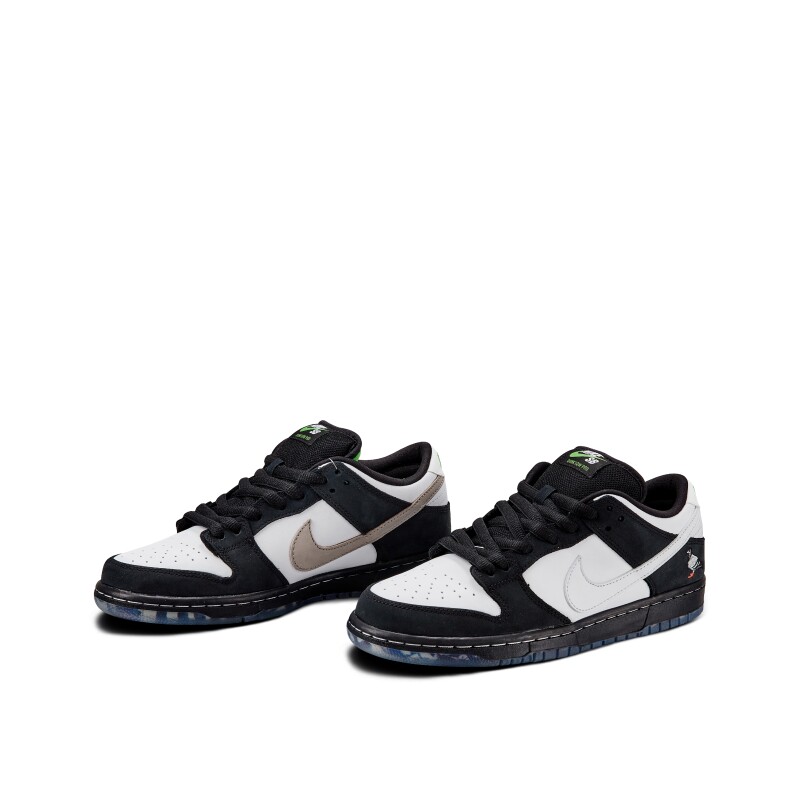 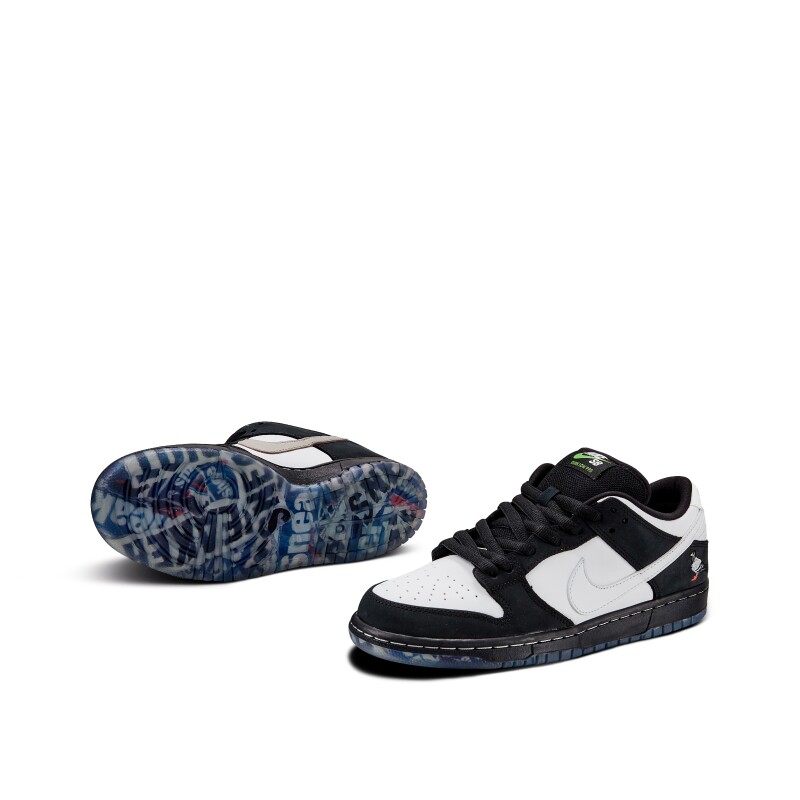 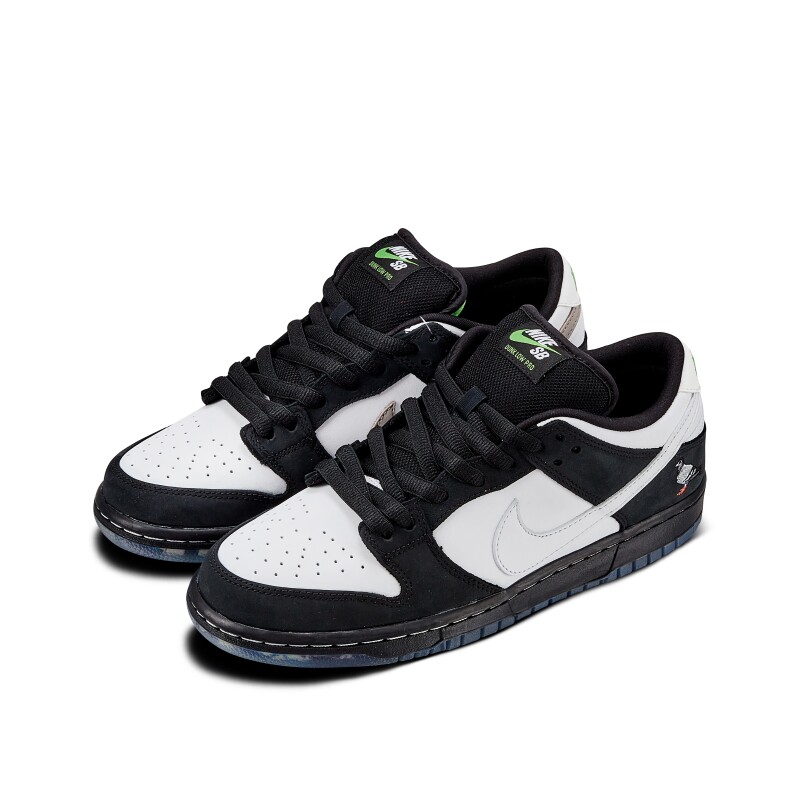 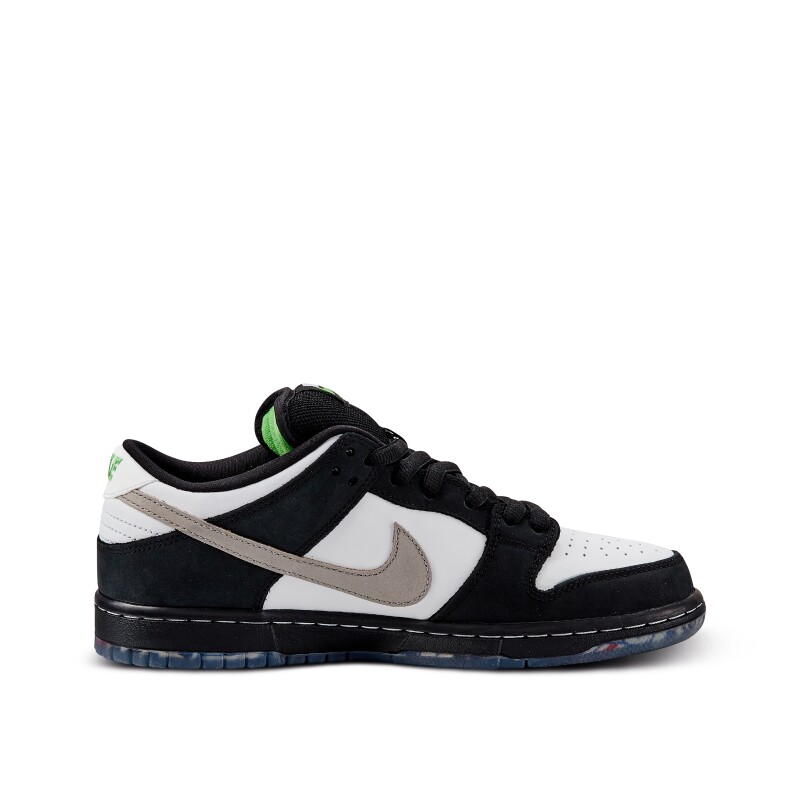 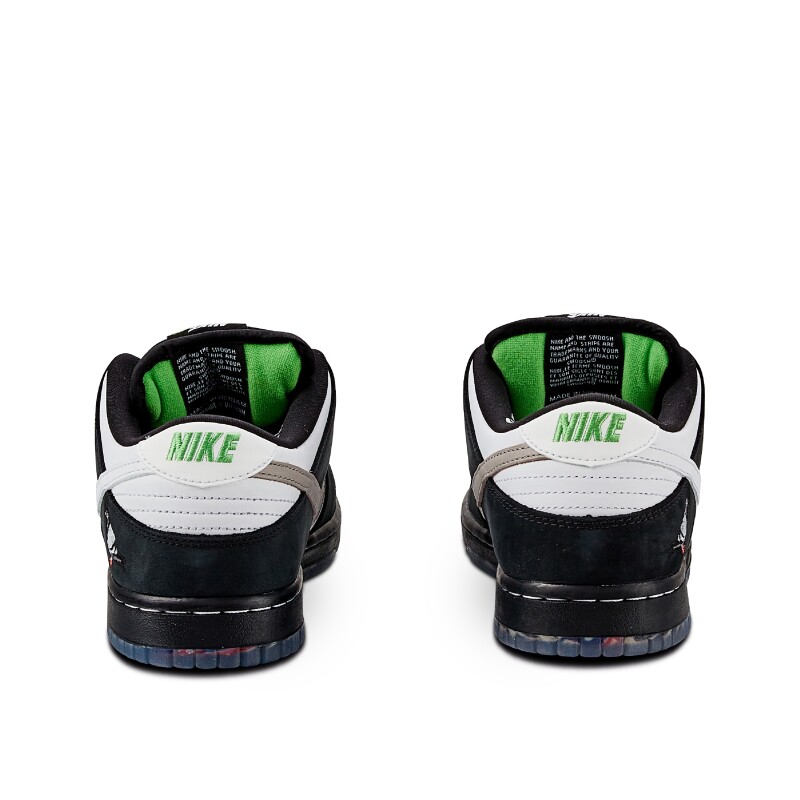 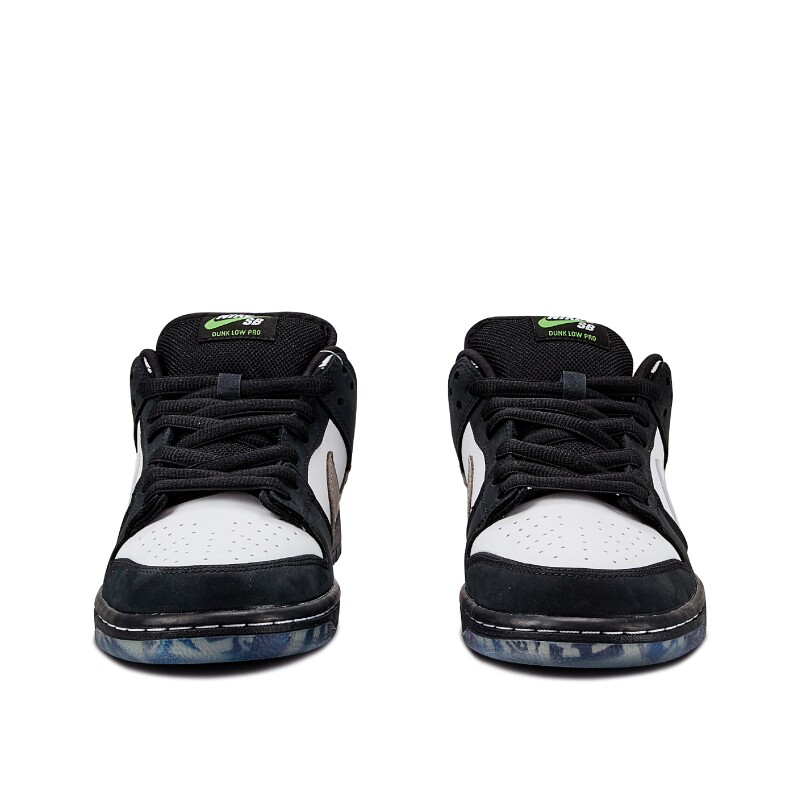 Creative visionary and graphic designer, Jeff Staple, collaborated with Nike to create a spinoff from the original 2005 ‘Pigeon’ SB Dunk. The Nike Dunk Low Pro SB 'Panda Pigeon' is the third release in the “Pigeon” Dunk series and was released in 2019. The design, originally only meant to be a sample that Staple’s teased on social media, was brought to life after collectors caught a glimpse of the 2018 post. The model pays tribute to Staple’s Chinese roots and features his signature pigeon embroidered on the heel of the black and white leather upper. The translucent rubber sole portrays a collage of the front page of the New York Post from the day after the famed release of the original “Pigeon” Dunk in 2005 that allegedly resulted in a sneaker riot. The Nike branding on the back heel is contrasted in lime green, with additional shoelaces and insole to match. The pair also comes with a pair of black and white shoelaces.