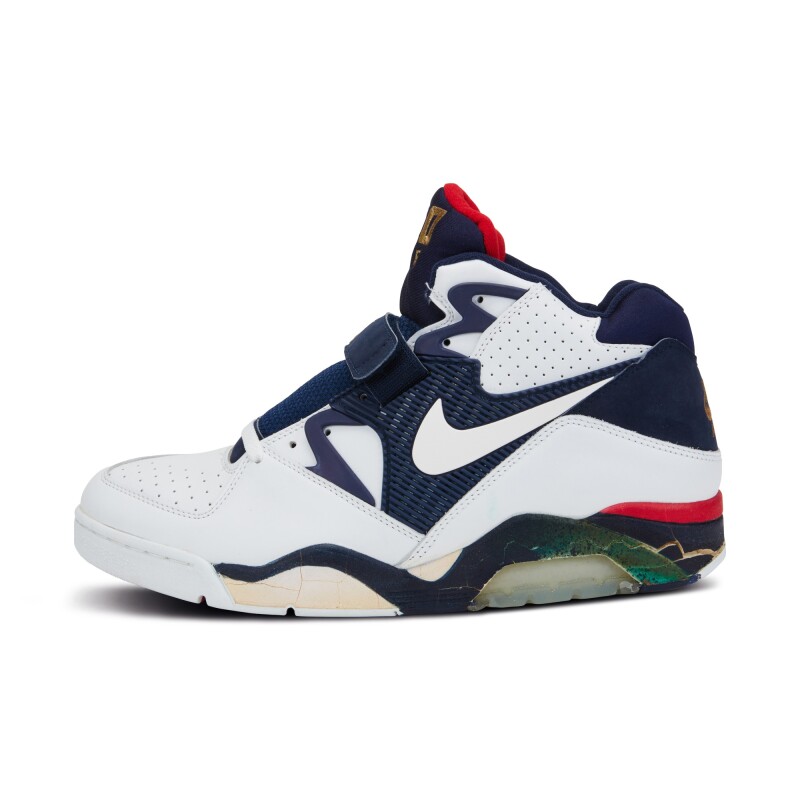 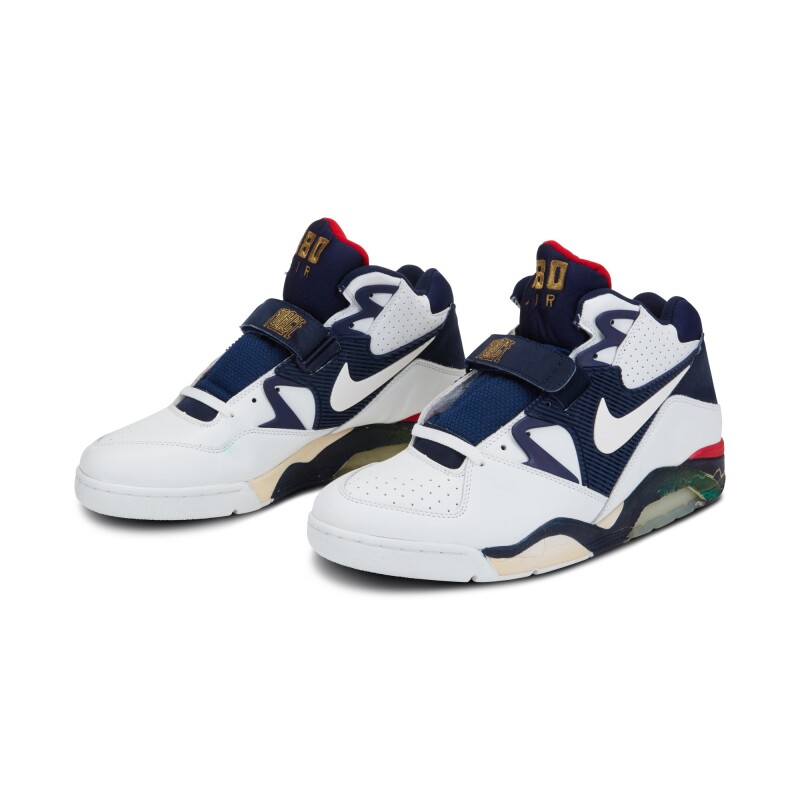 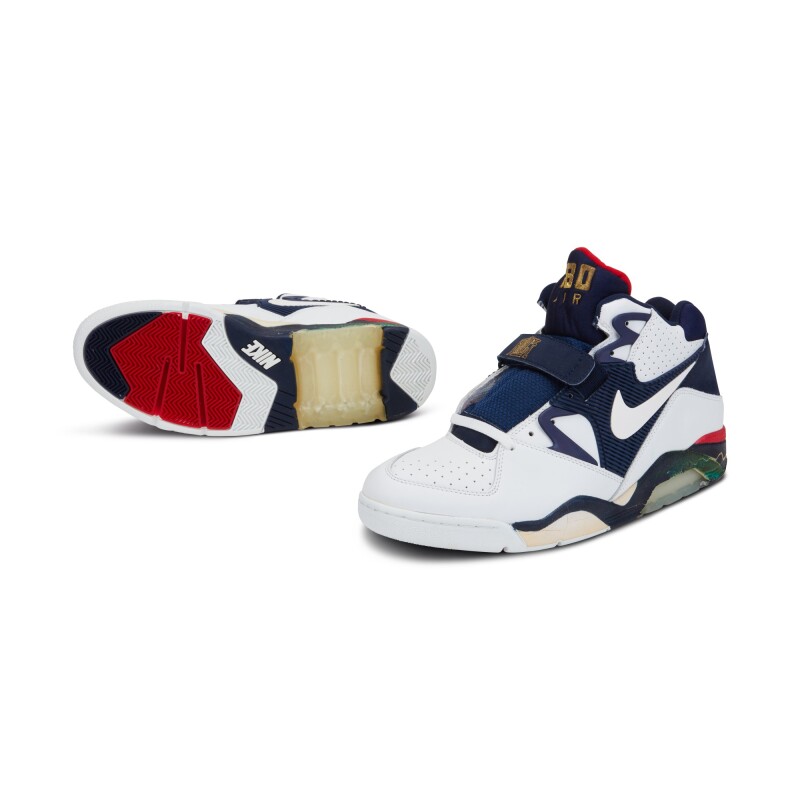 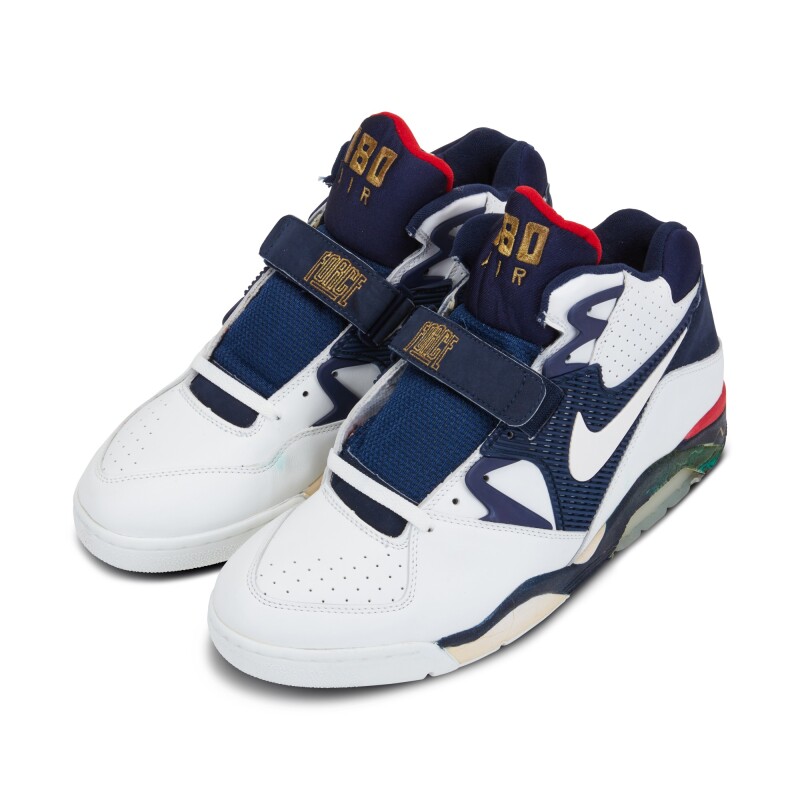 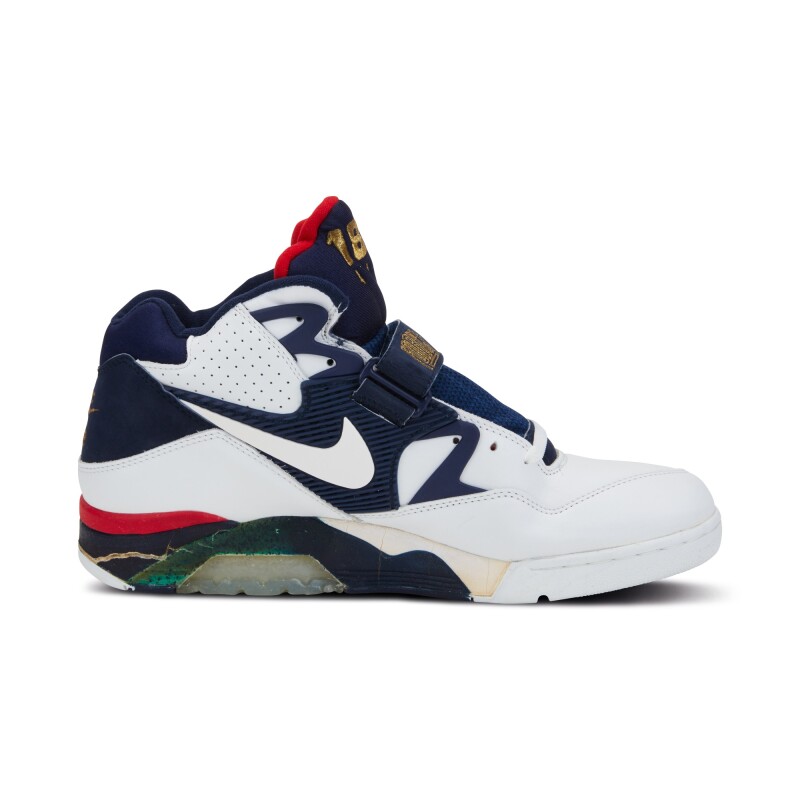 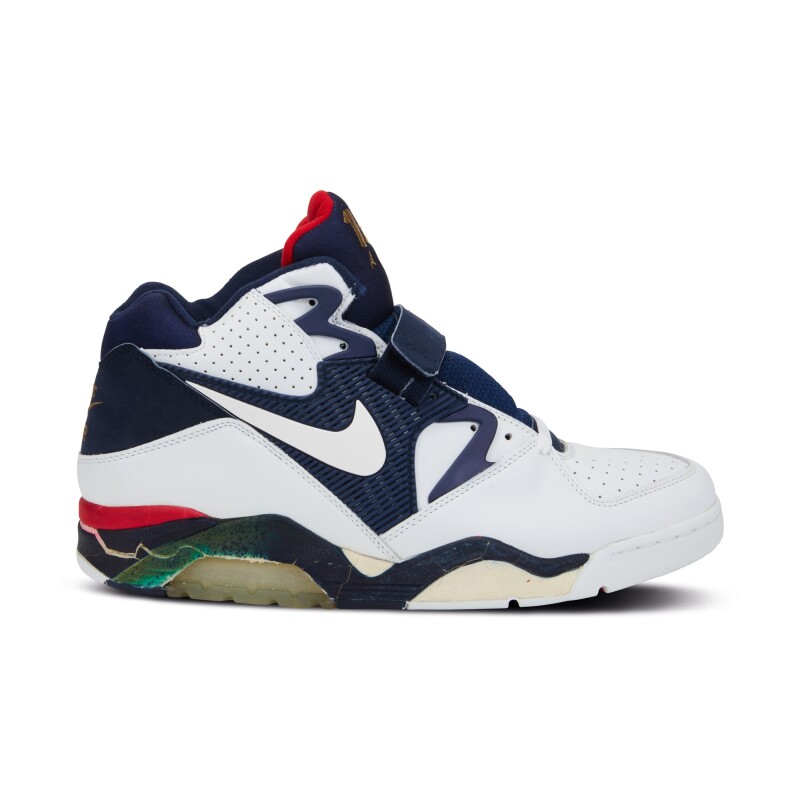 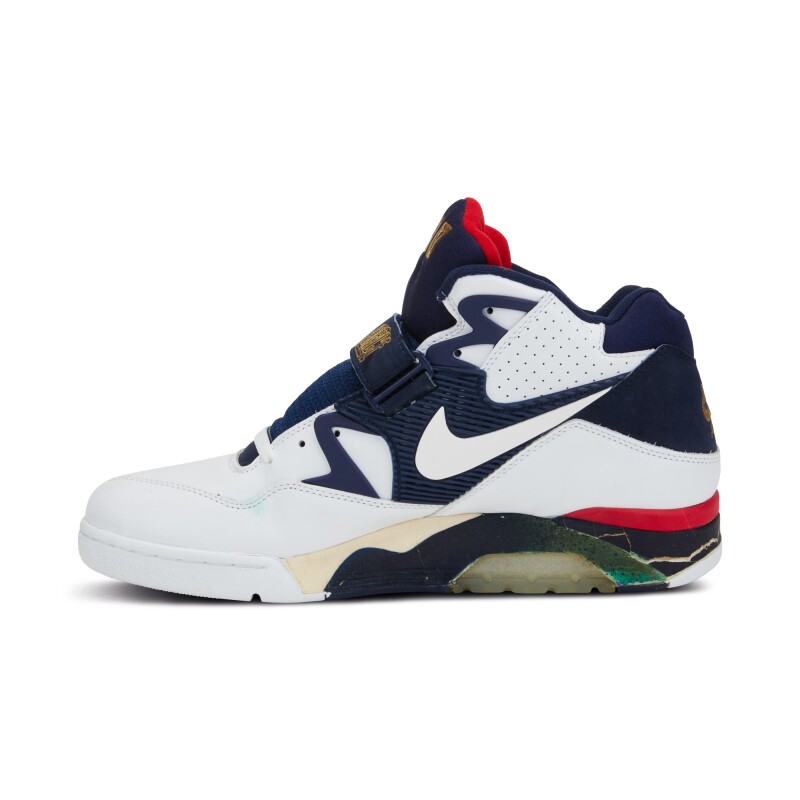 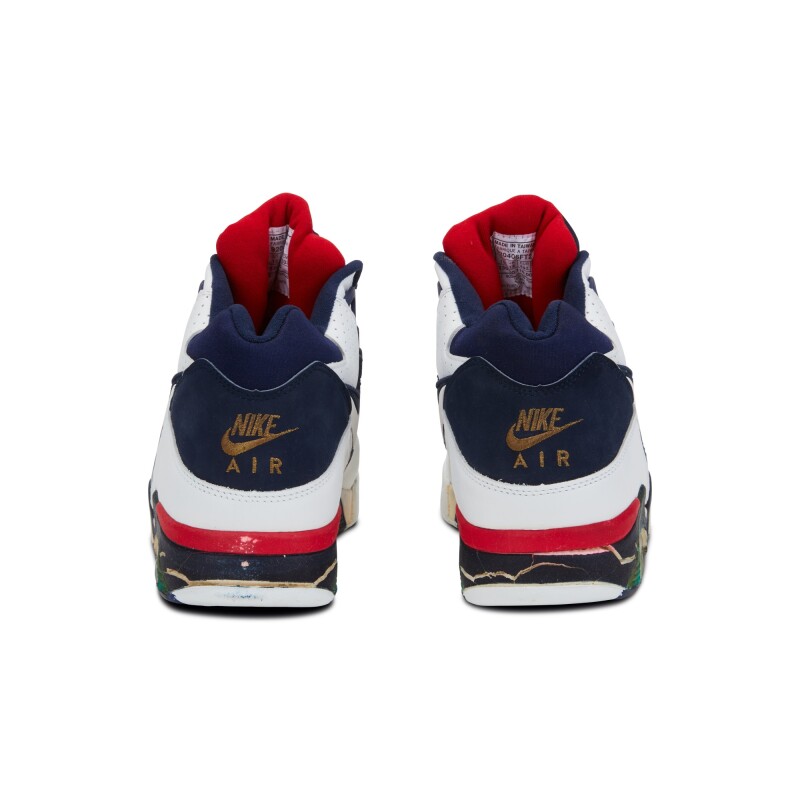 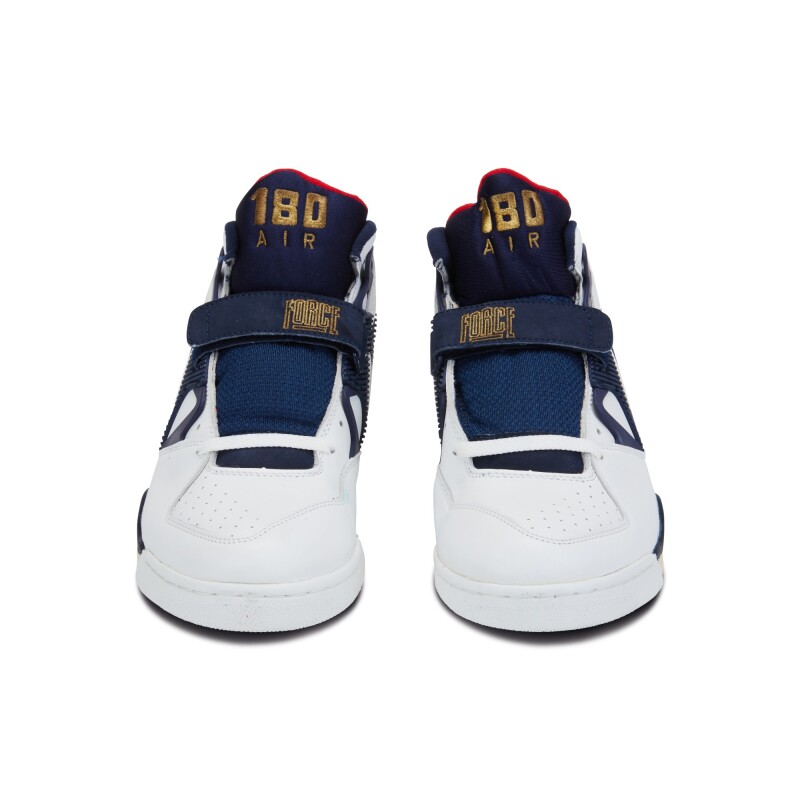 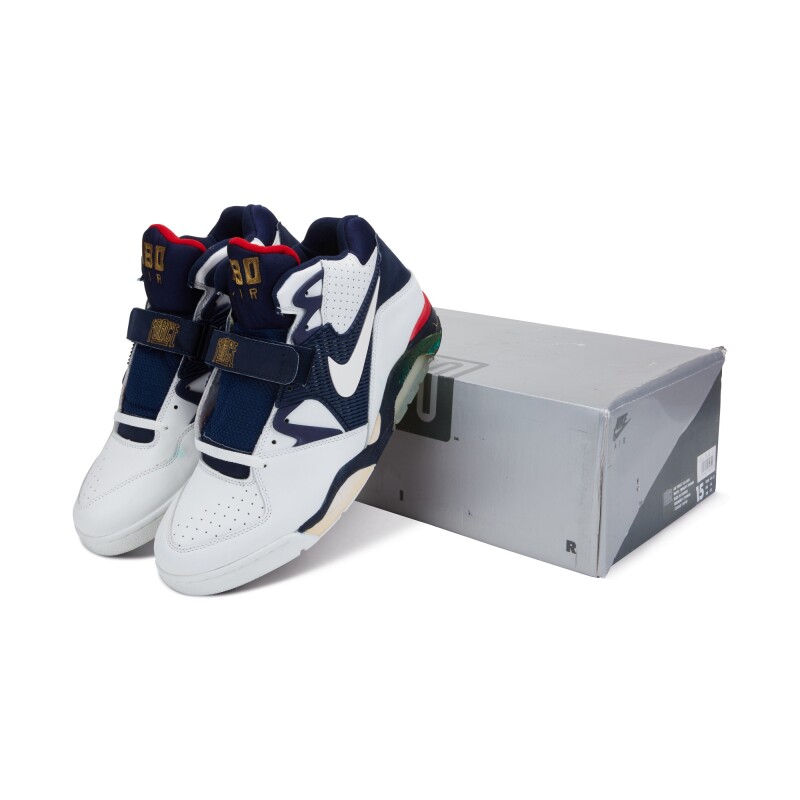 The 1992 Summer Olympics in Barcelona, Spain, marked the formation of the infamous “Dream Team,” one of the greatest basketball rosters ever assembled. It was the first time the US recruited professional NBA players, including Michael Jordan, Charles Barkley, John Stockton, and Scottie Pippen. The Dream Team swept the competition with eight consecutive landslide victories, winning the Gold and cementing the team’s greatness. The 1992 Olympic Games and star-studded Dream Team significantly contributed to the popularity and globalization of basketball.

This pair of Nike Air Force 180 ‘Olympic’ shoes is from the original 1992 release, after the version Charles Barkley debuted during the 1992 Olympic Games. The sneaker was built for powerful players like Barkley, lightweight and supportive for intensely physical play.

The ‘Olympic’ colorway is a patriotic red, white, and blue build with gold embroidery and accents. The Hall of Famer would win Gold again at the 1996 Atlanta Summer Olympic games and end his 16 season career as 1 of only 4 players in NBA history to compile 20,000 points, 10,000 rebounds, and 4,000 assists, among many other accolades. He is a 5 time All-NBA First Team performer and he was awarded the NBA’s MVP in 1993 and All-Star MVP in 1991.