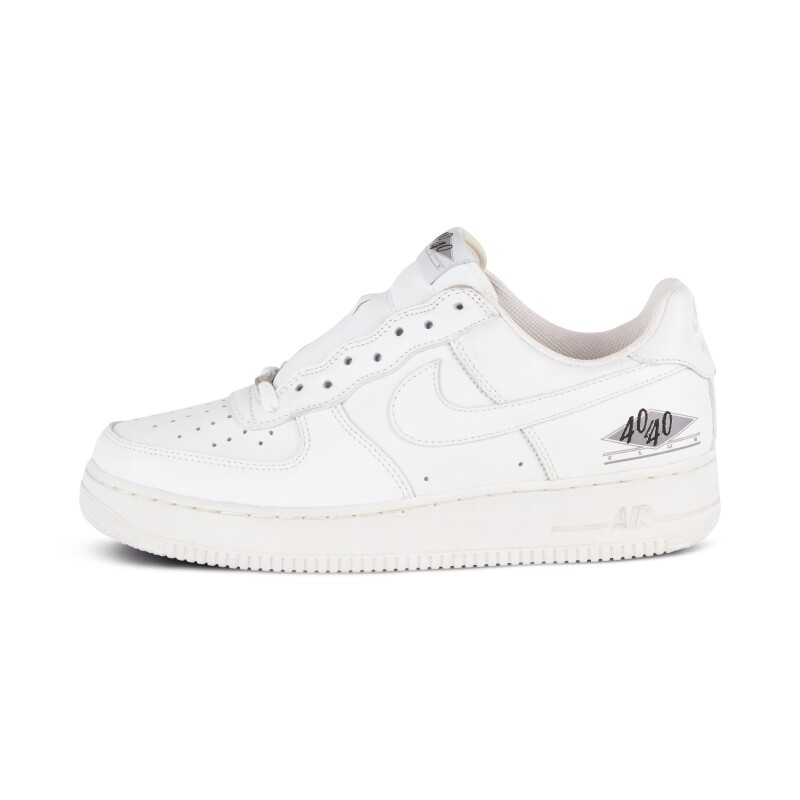 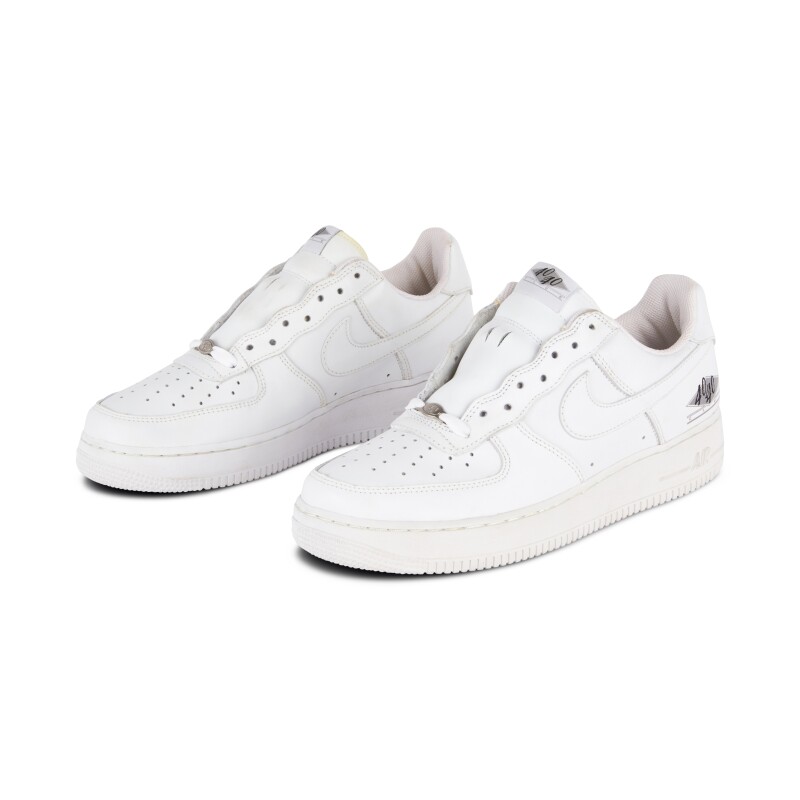 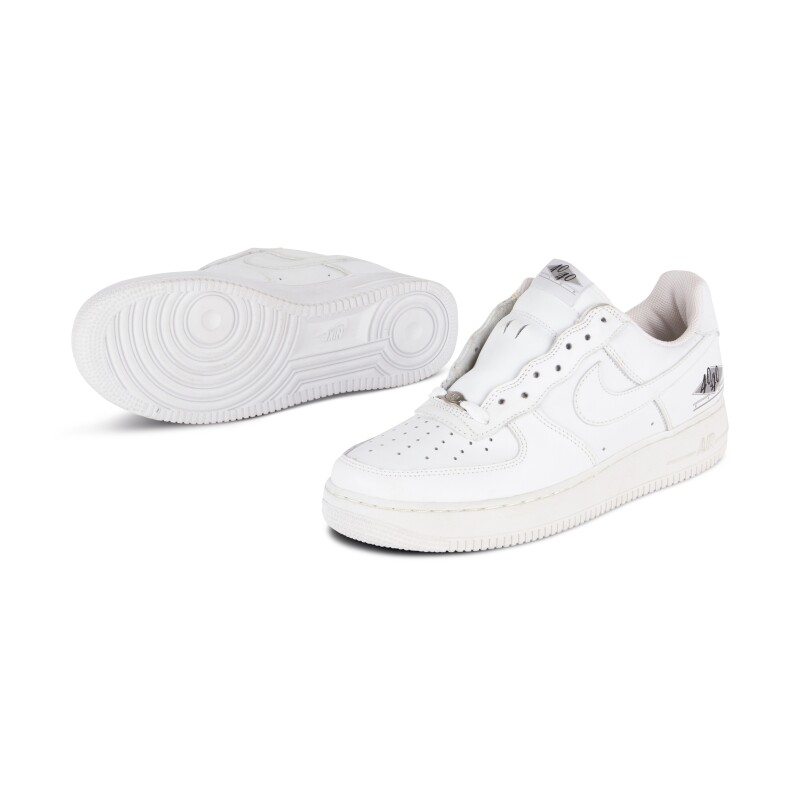 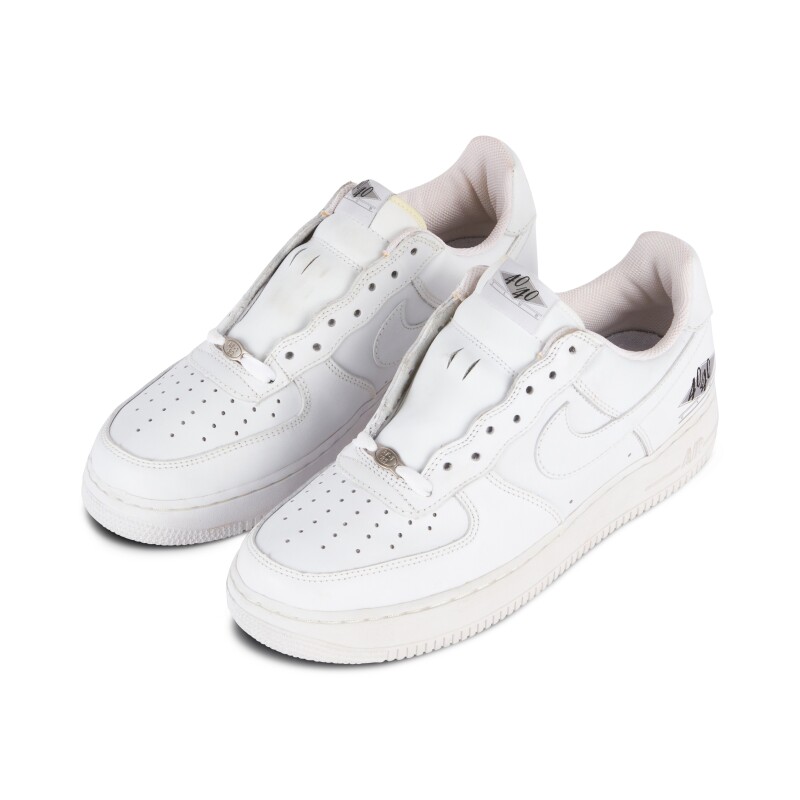 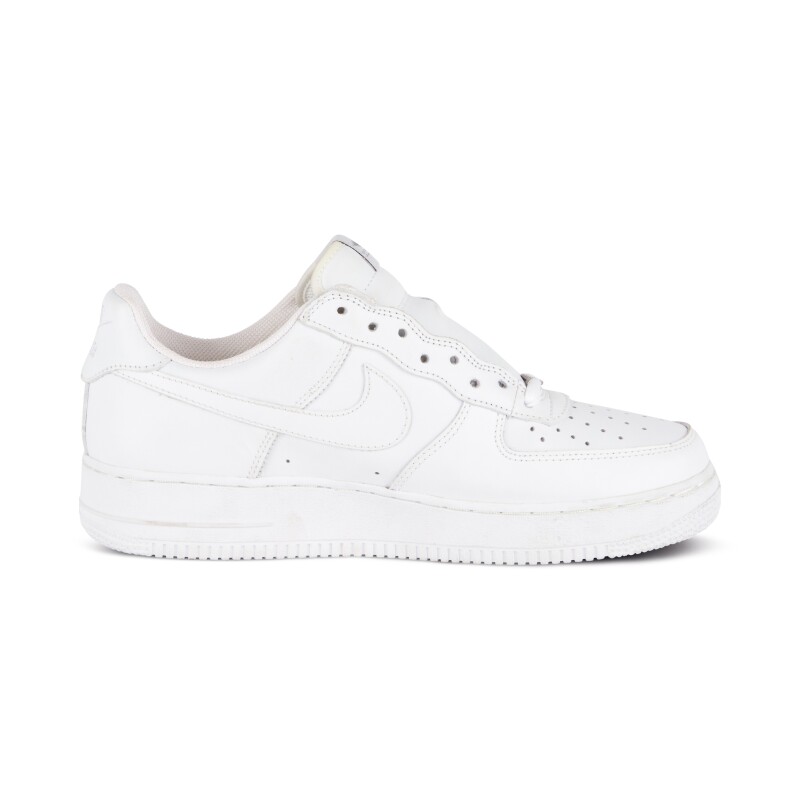 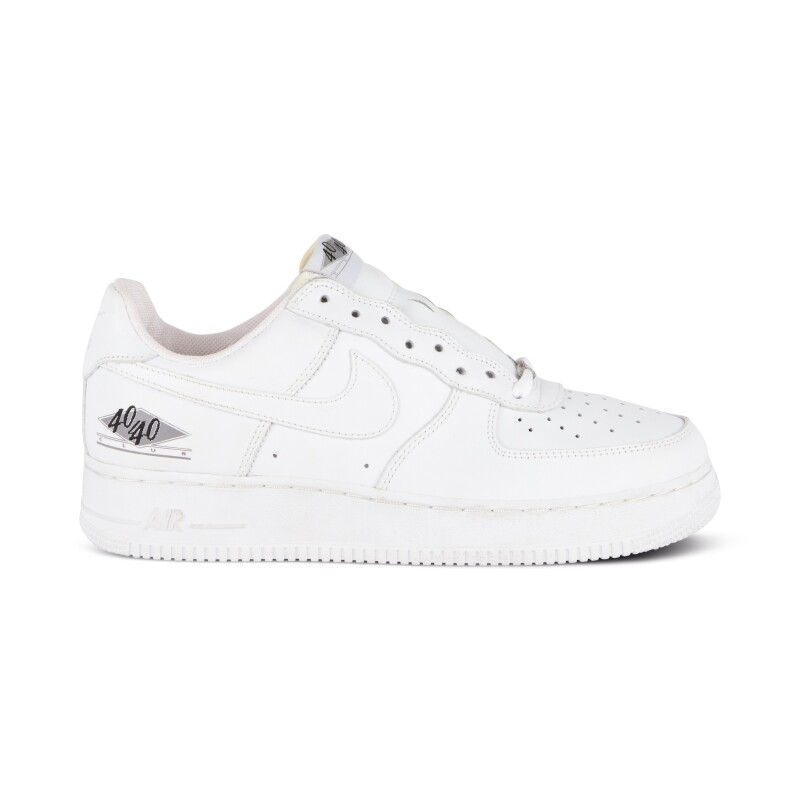 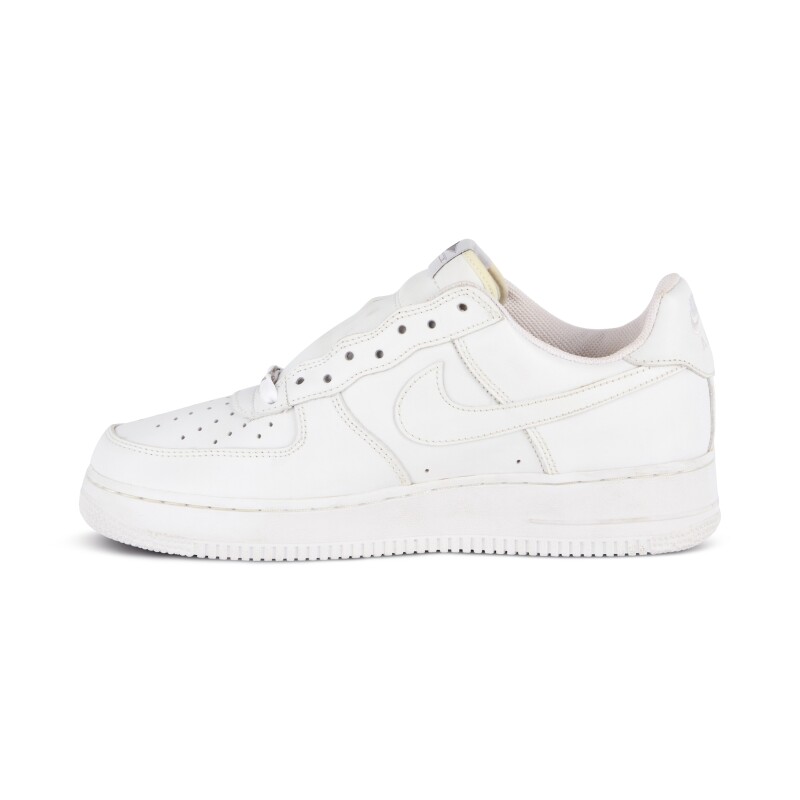 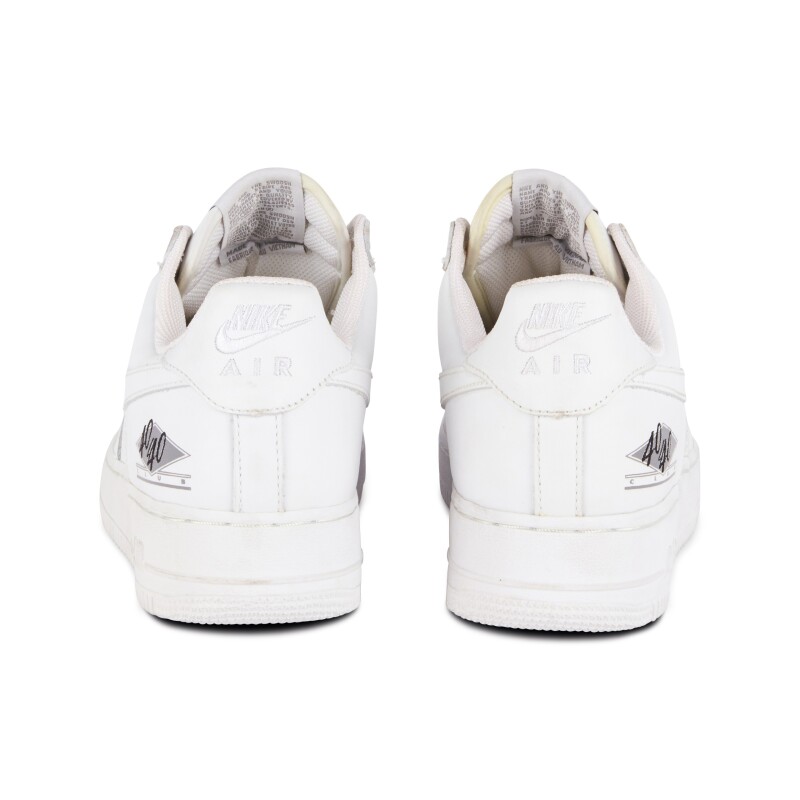 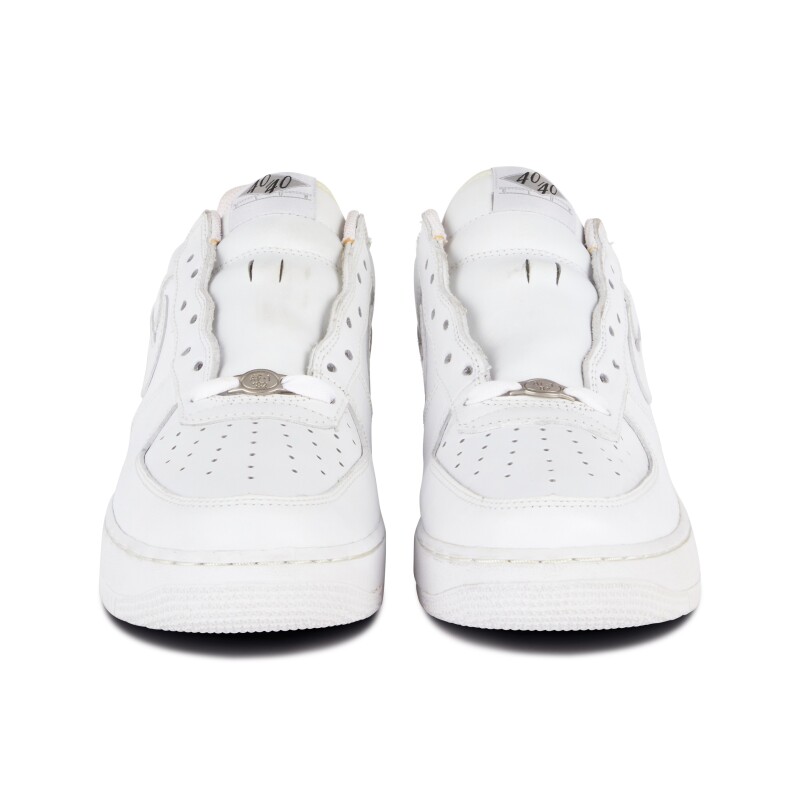 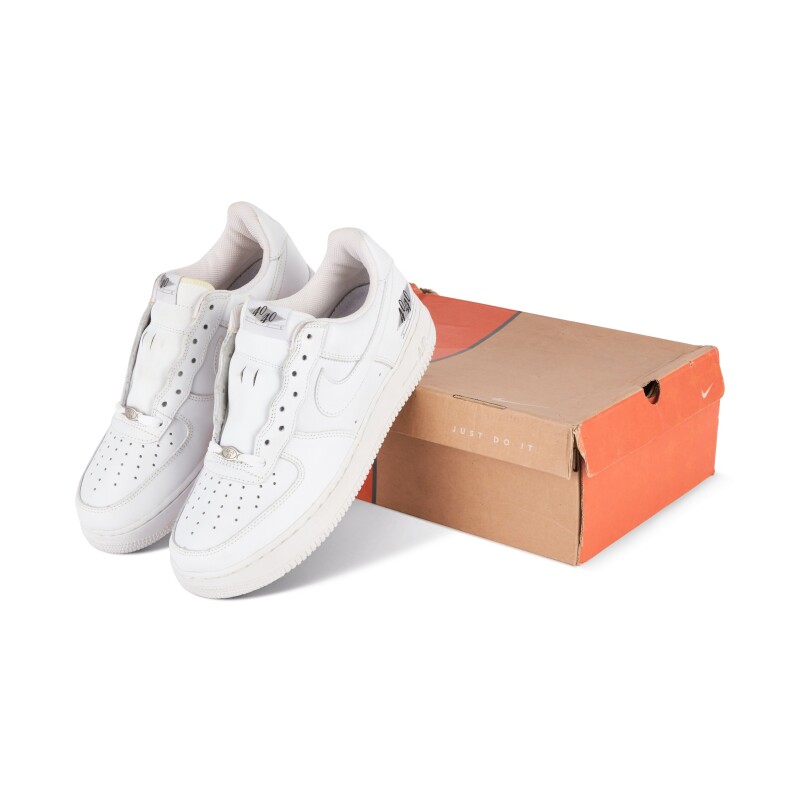 This rare pair of Nike Air Force 1s was designed in celebration of Jay-Z, the American Rapper and Entrepreneur. To celebrate the one-year anniversary of his New York City 40/40 Club, this exclusive style was given to friends and family affiliated with the establishment, forever cementing the rarity of the shoe to the general public.

Visible signs of aging on midsole and tongue of left shoe.