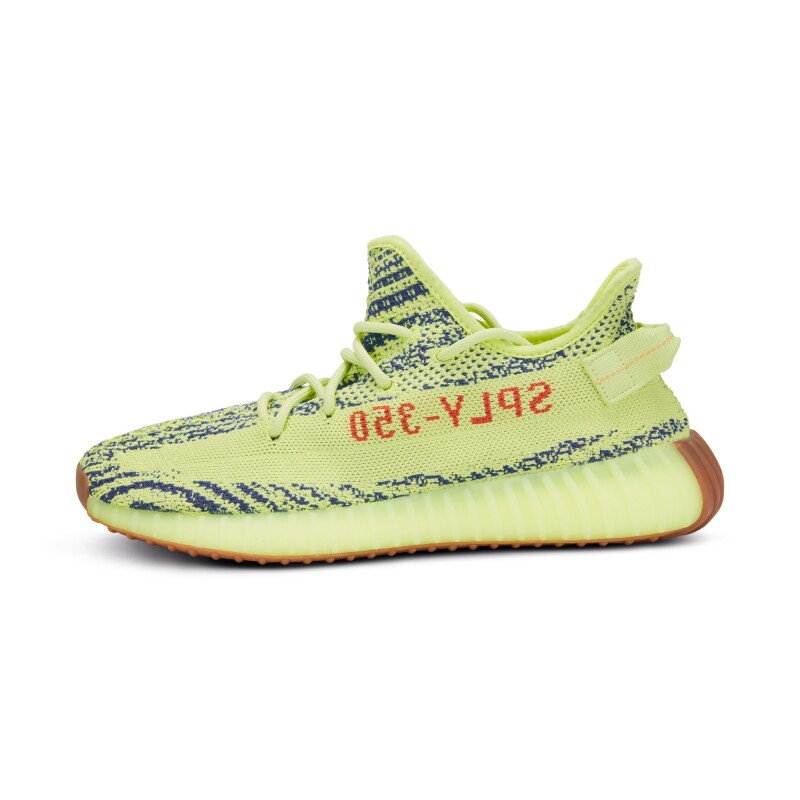 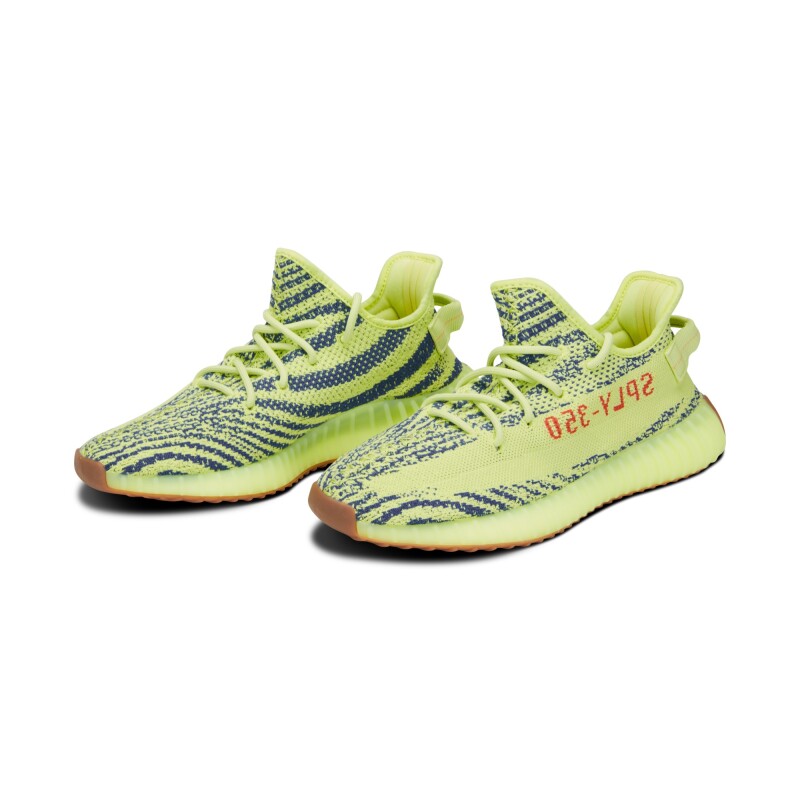 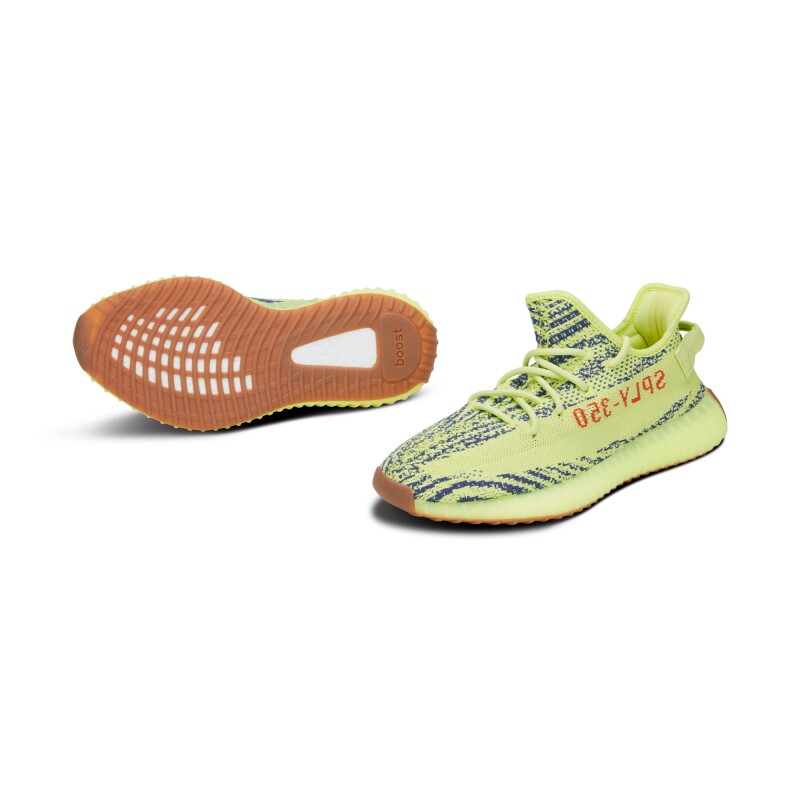 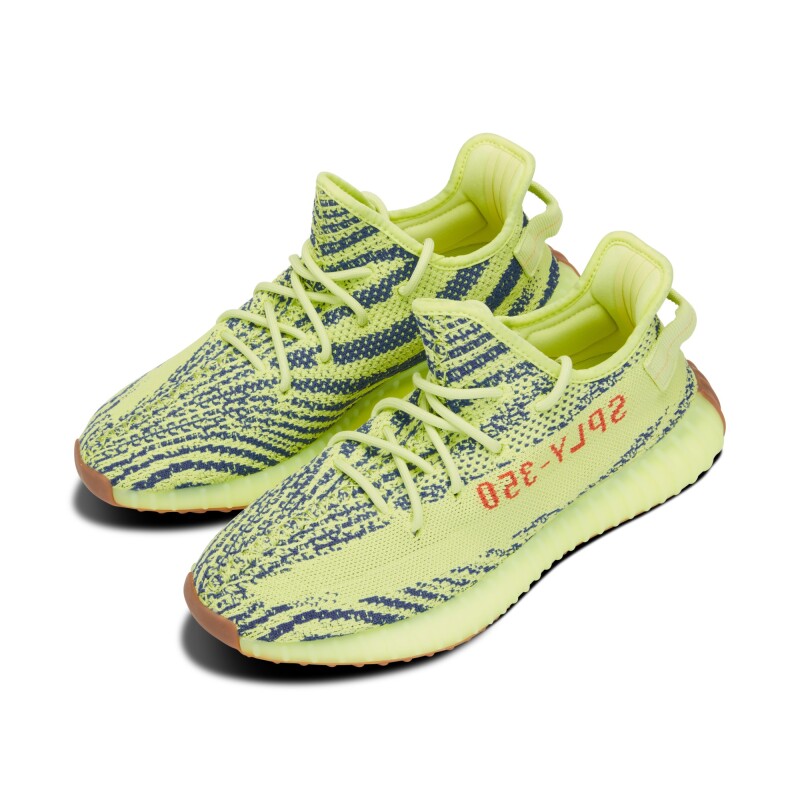 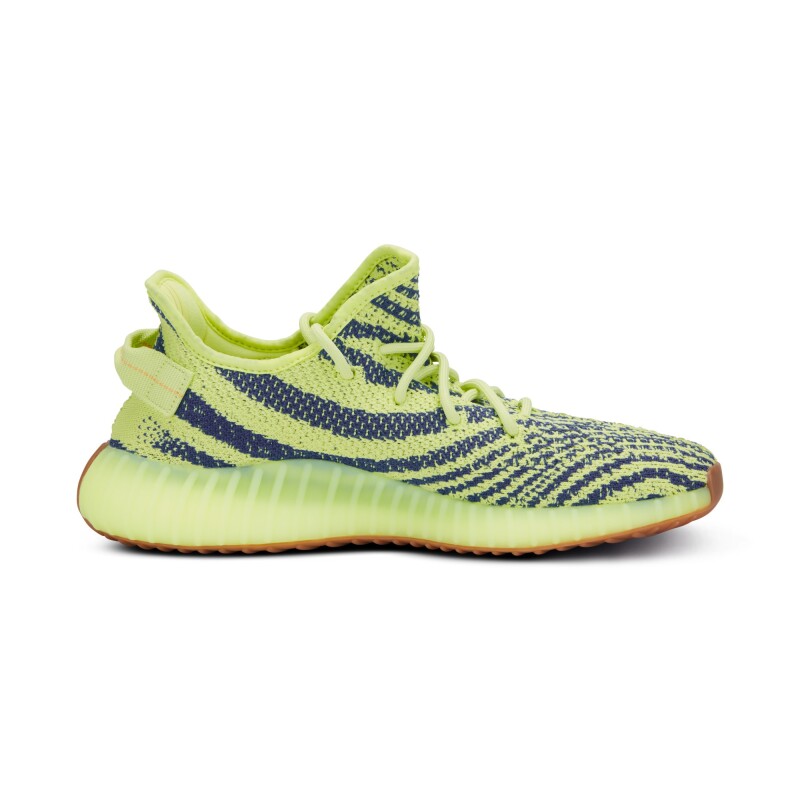 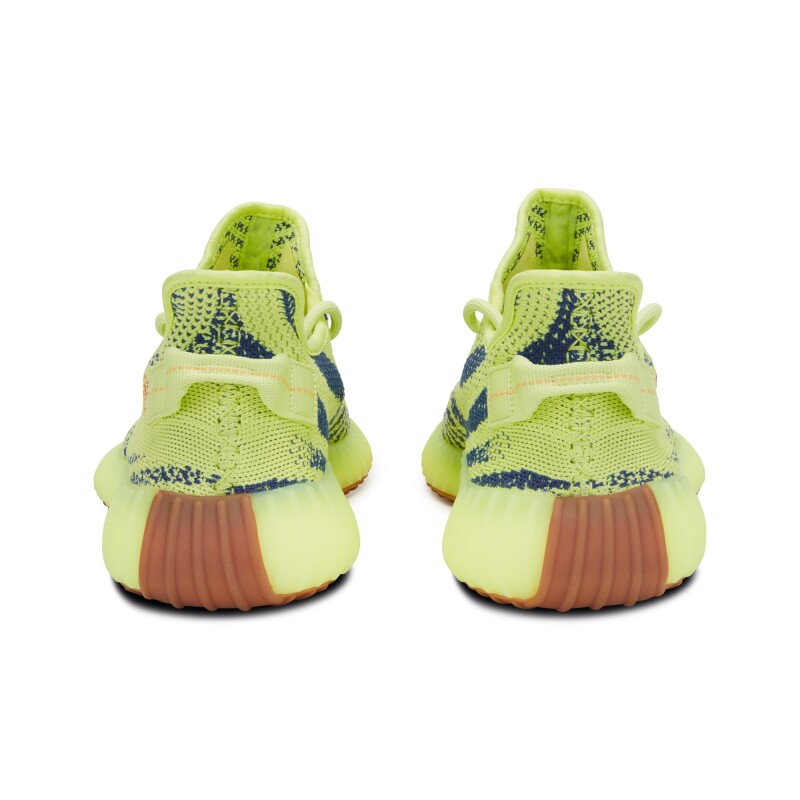 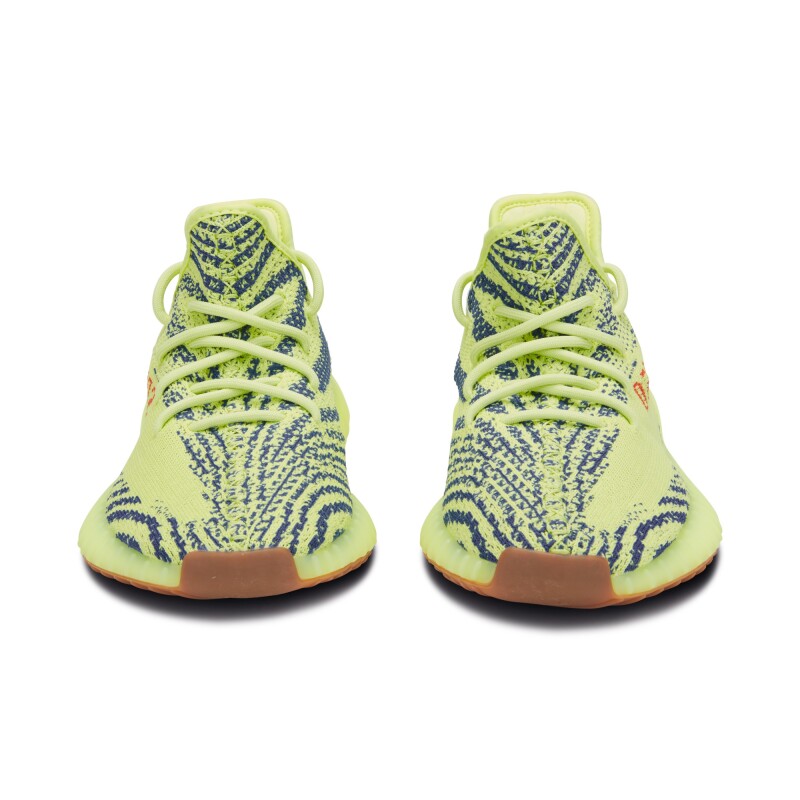 For the Holiday 2017 season, adidas satisfied public demand for a new Yeezy Boost 350 V2 by releasing the eye-catching "Semi Frozen Yellow" colorway. The bold colored upper is contrasted by grey stripes woven throughout the Primeknit upper. The "SPLY-350" messaging appears in a striking red hue. A gum rubber outsole completes the unusual color combination. The Yeezy Boost 350 V2 “Semi Frozen Yellow” is one of the most memorable colorways of the silhouette to date thanks to its unique color palette.