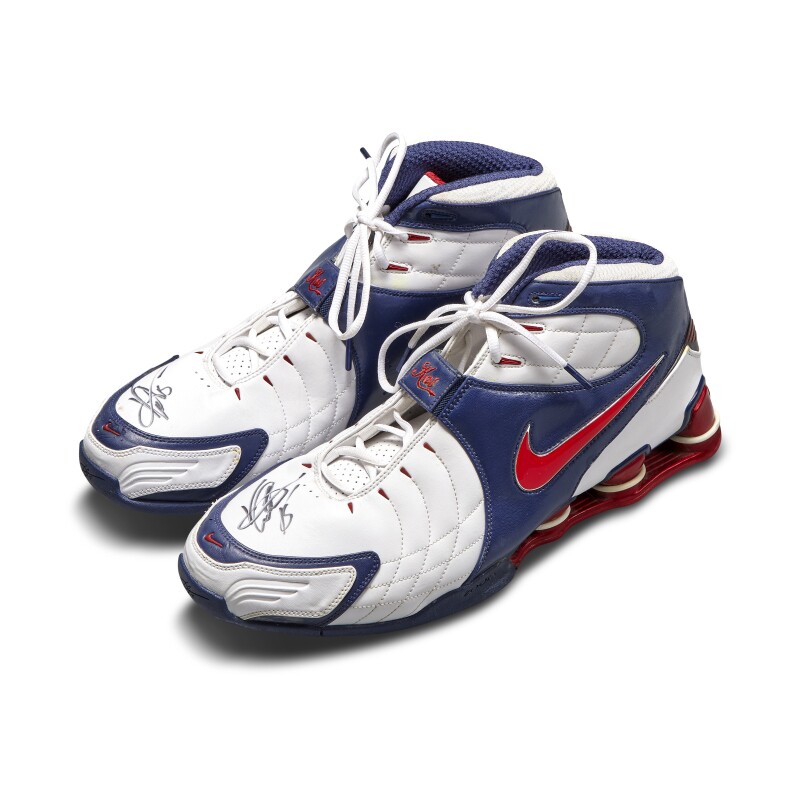 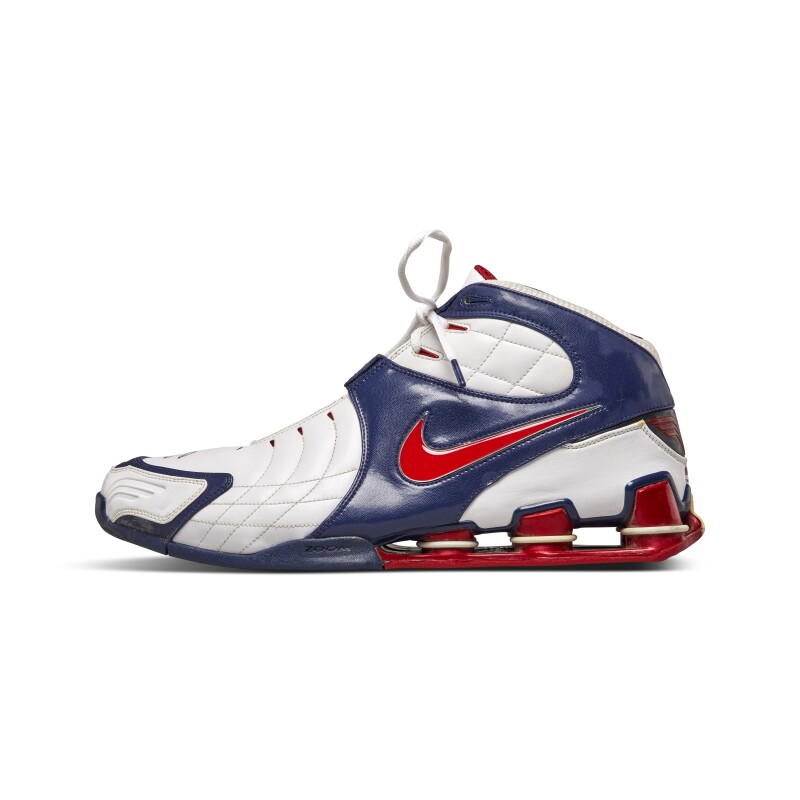 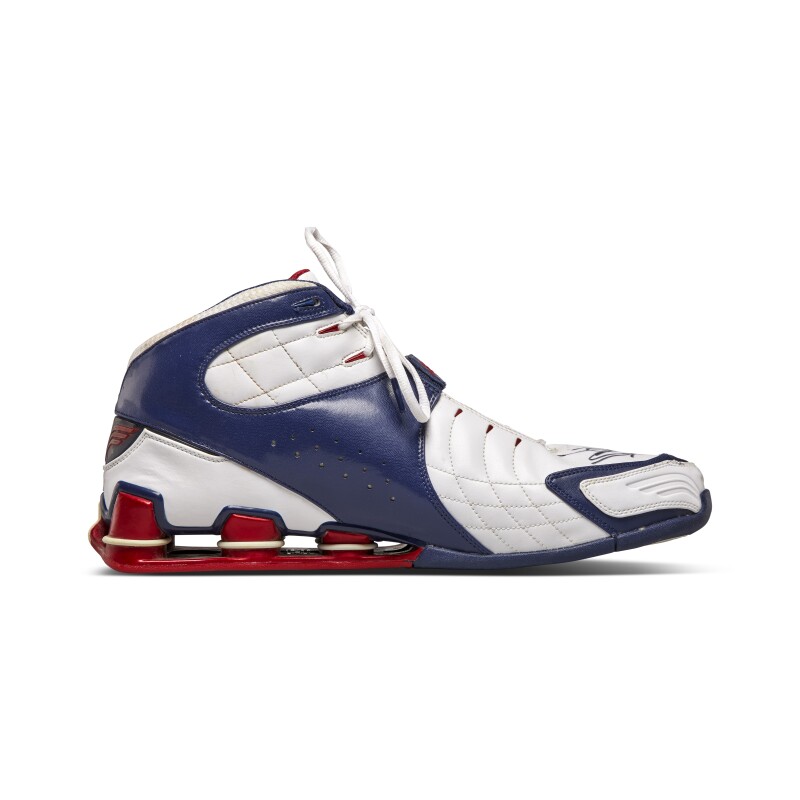 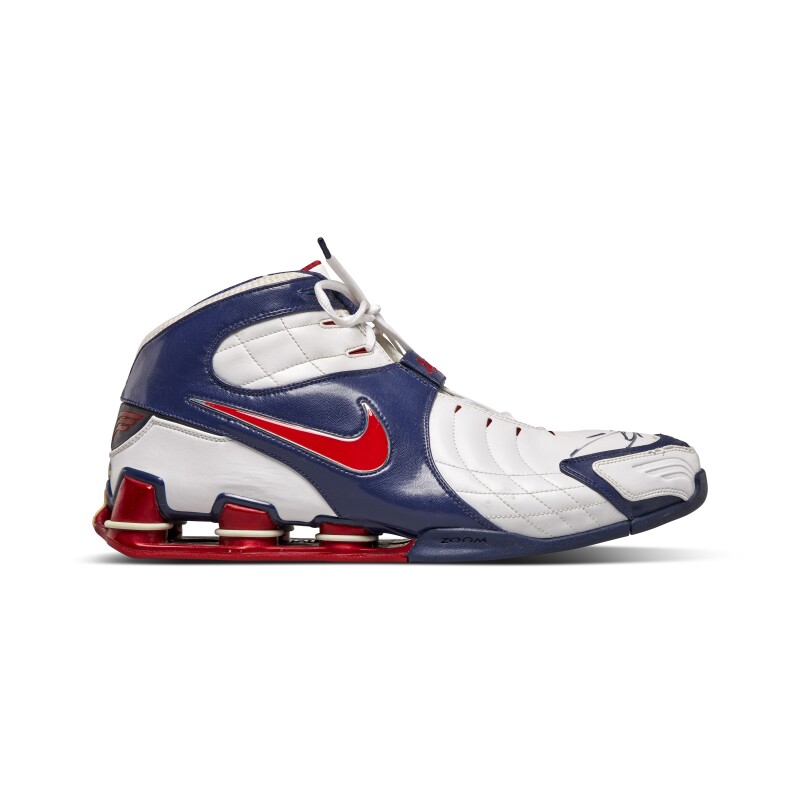 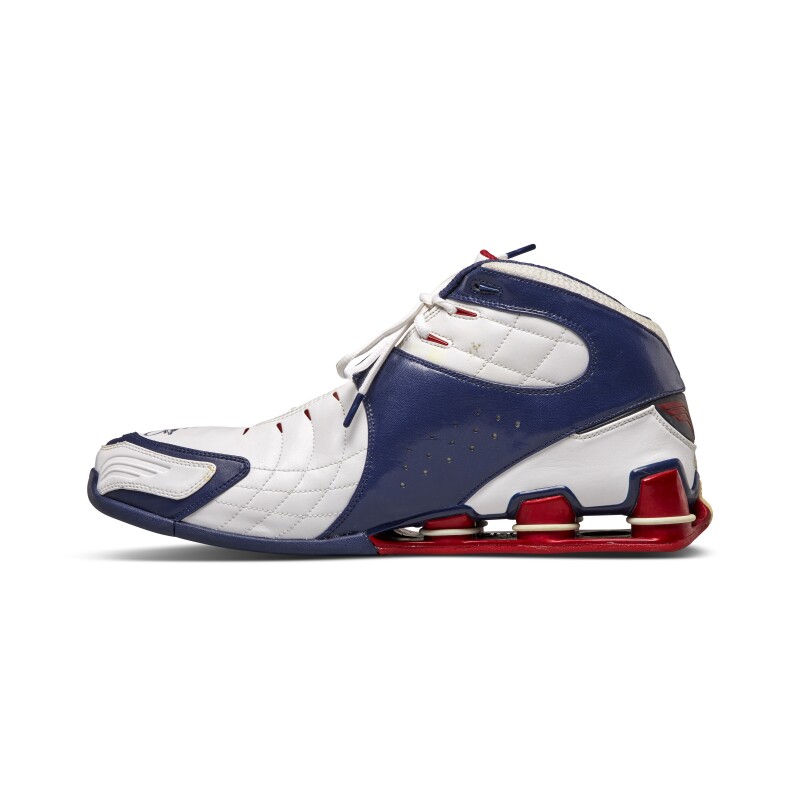 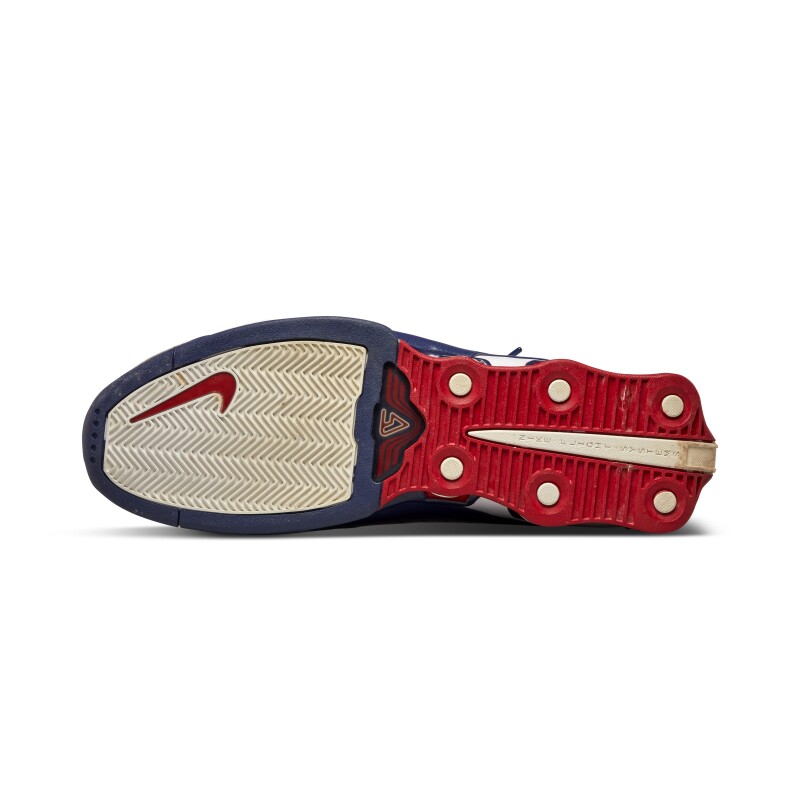 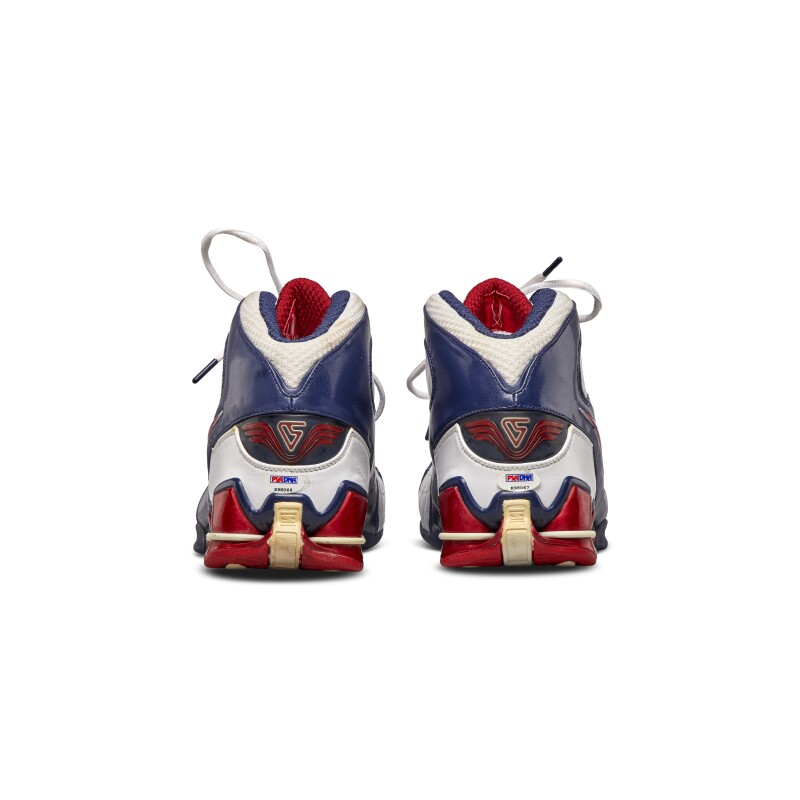 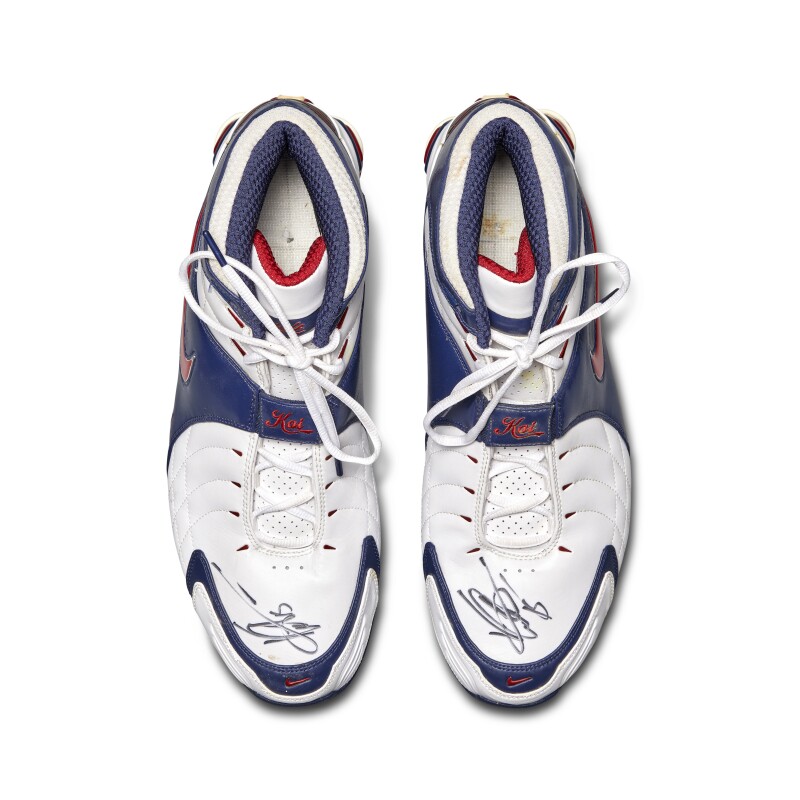 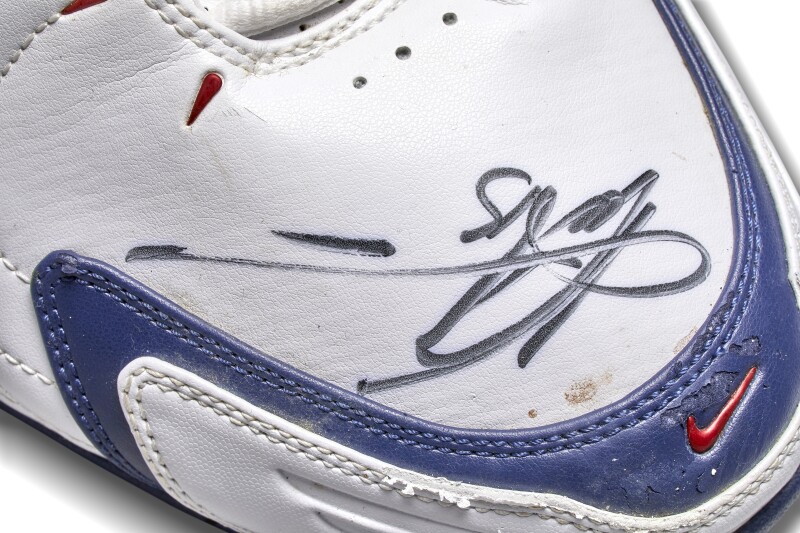 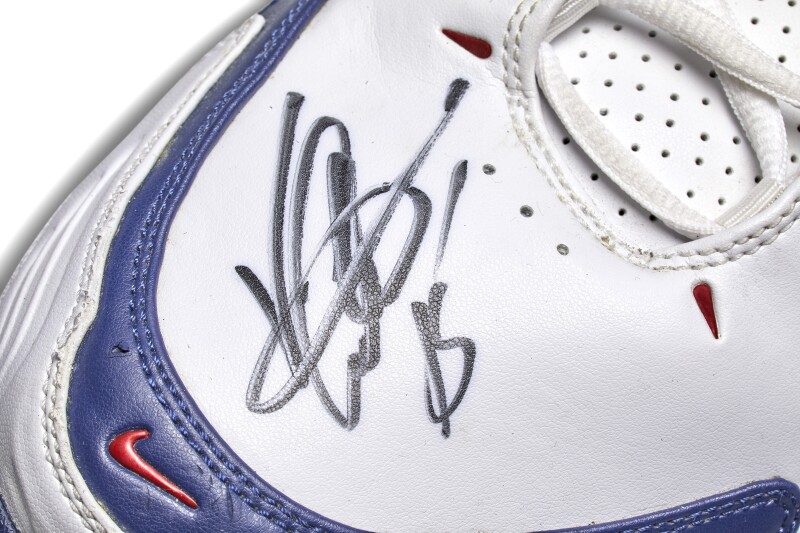 These dual signed player exclusive sneakers were worn by Vince Carter in 2006 while playing for the New Jersey Nets. In the summer of 2020, Carter ended his 22 season career in the NBA. Known as one of the best dunkers in the history of the sport, his Slam Dunk Contest win is considered to be one of the most memorable performances in the event’s history. He is also argued to have the best dunk in basketball history when he leapt over the 7' 2" French center Frédéric Weis in the preliminary round of the 2006 Olympics. Carter’s career honors include Rookie of the Year in 1999, followed by 8 consecutive All-Star nods. He retires as one of the game’s most iconic stars.

Carter was the face of the Nike Shox collection from the time it launched. Shox VC V was the last model in Vince Carter’s signature line and part of Nike’s Flight collection. The eye-catching design features six Shox columns with a Zoom air unit under the forefoot. This colorway in red, white, and blue is dubbed the ‘Olympic’.

Signatures are authenticated by PSA/DNA but certificates are not included. Authentication details can be accessed on the PSA/DNA website by providing the code labeled on the shoes.