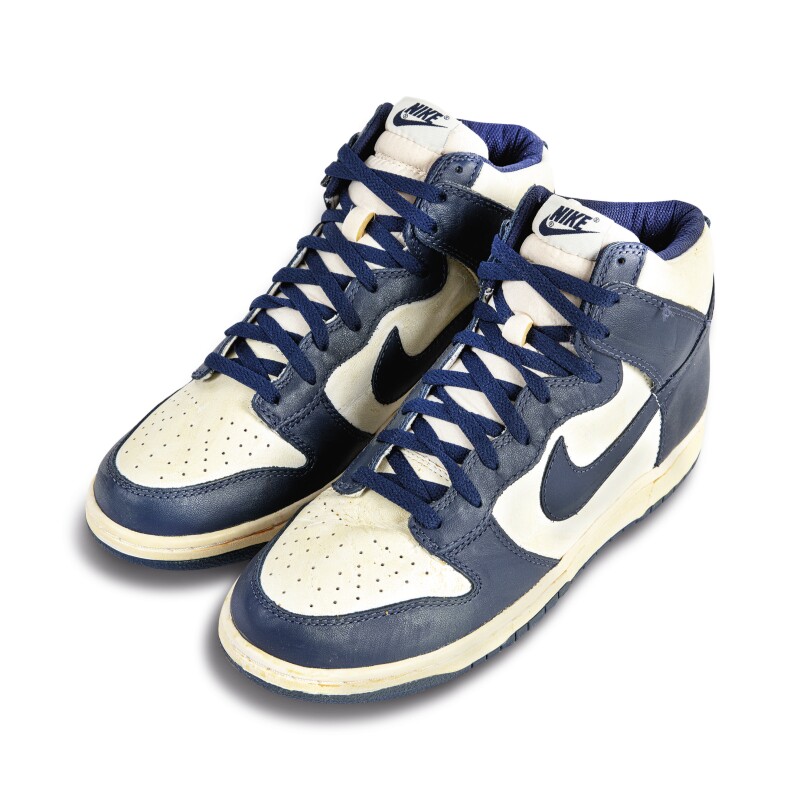 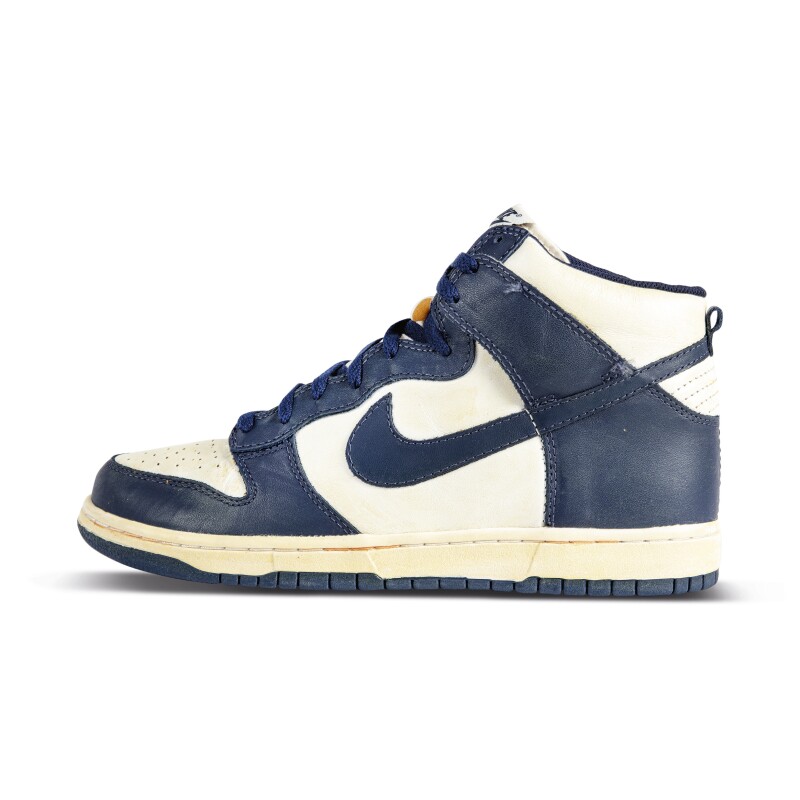 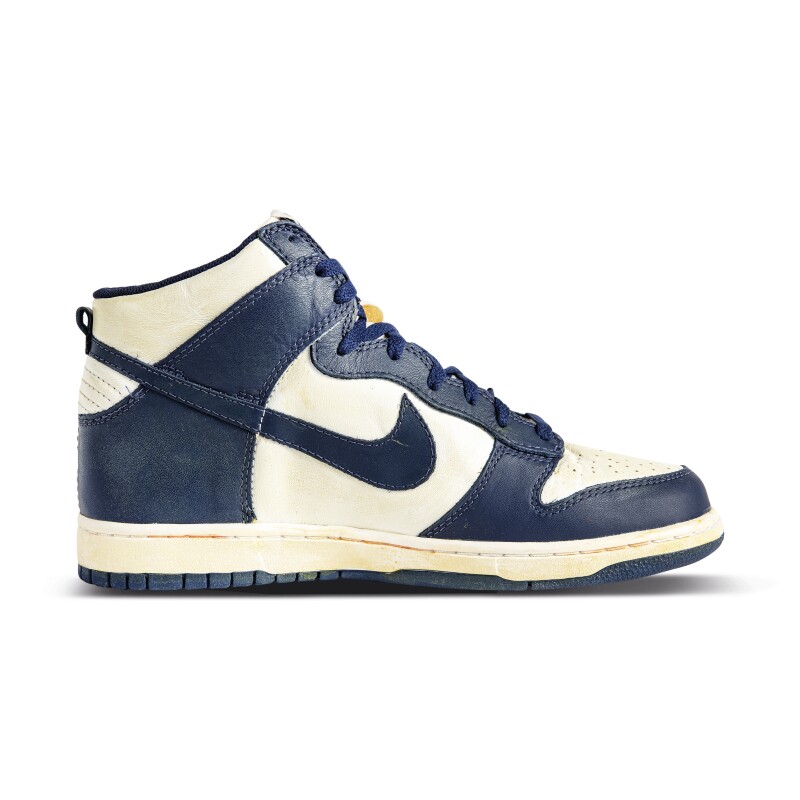 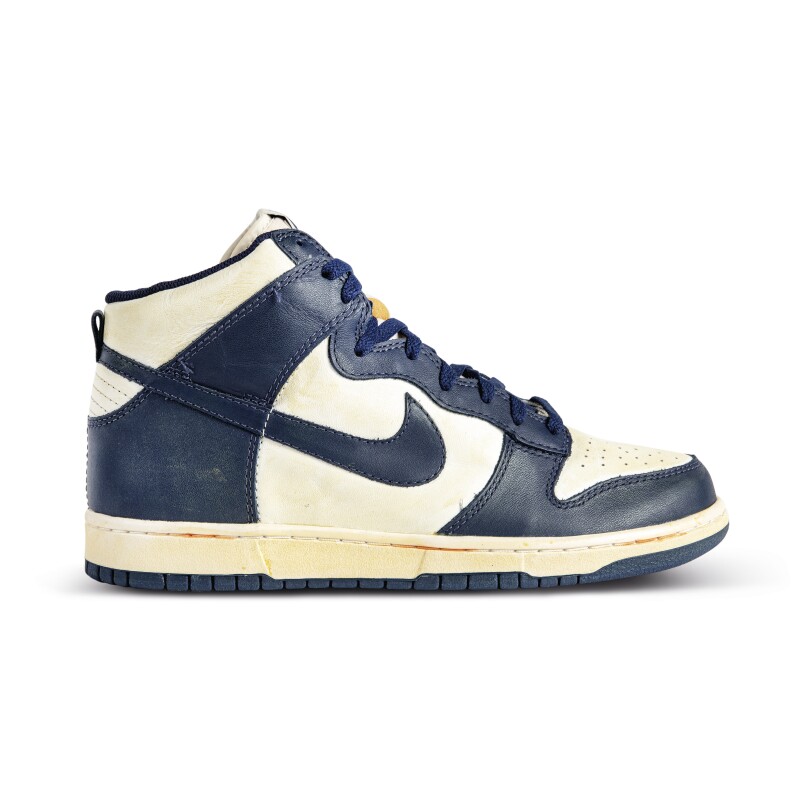 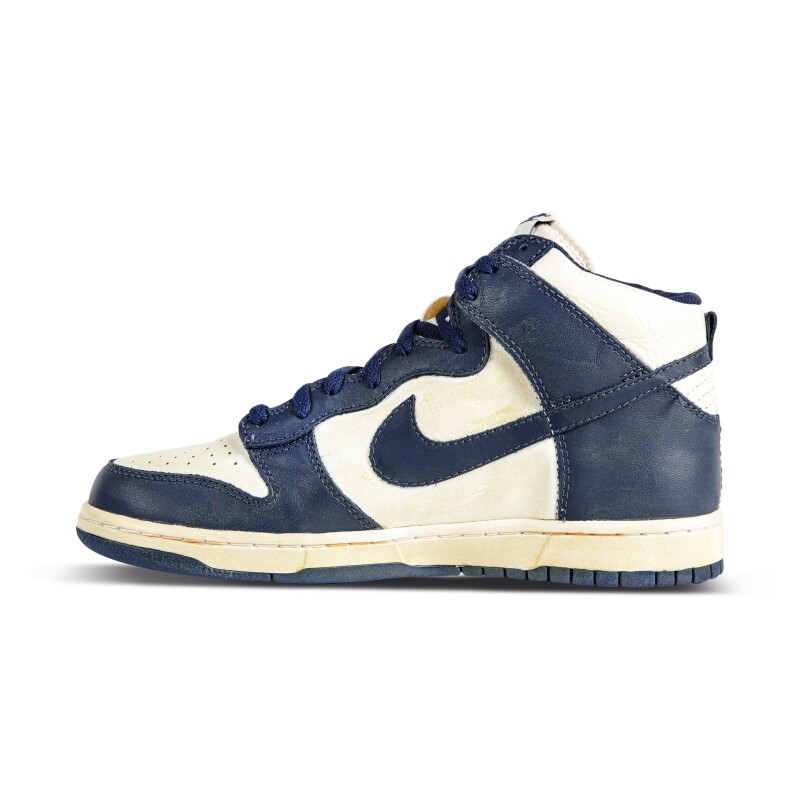 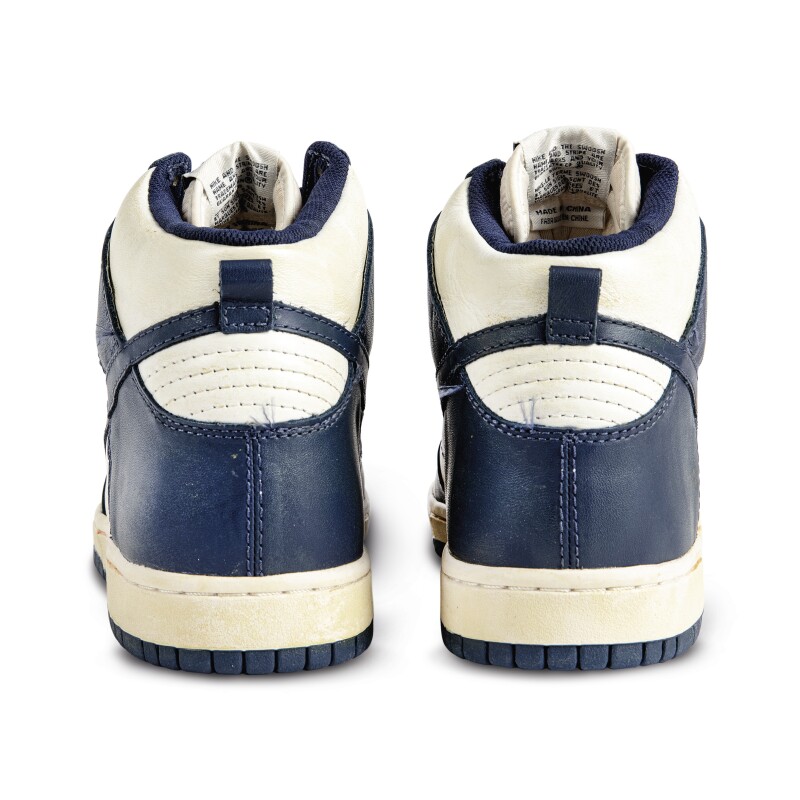 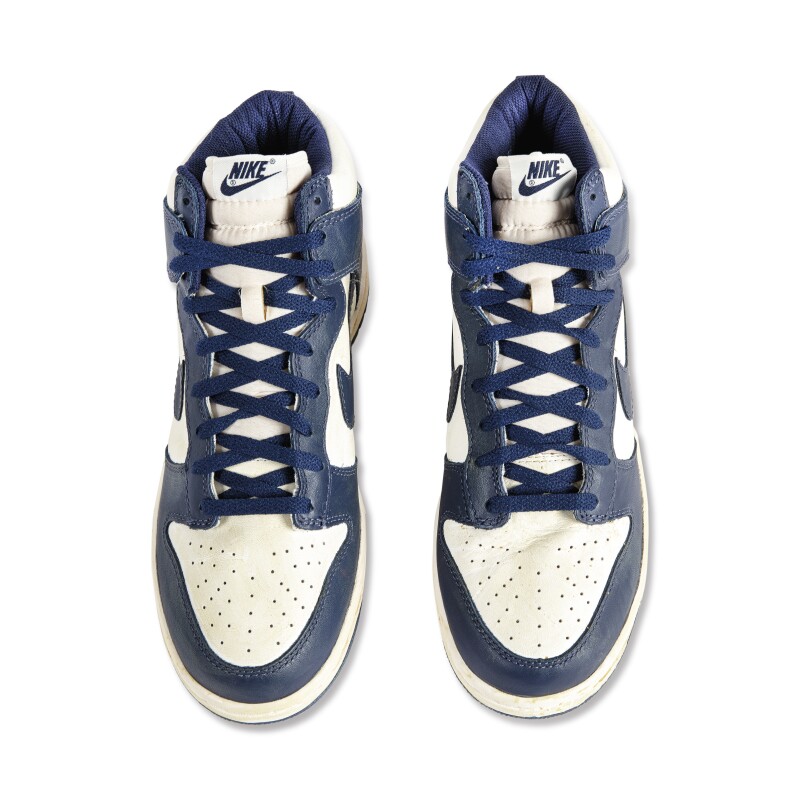 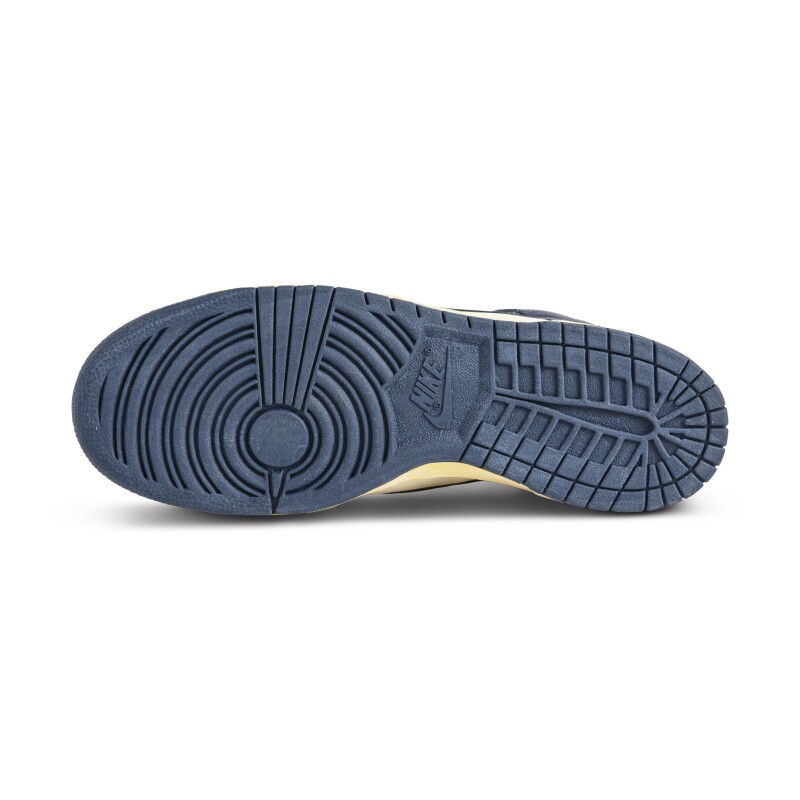 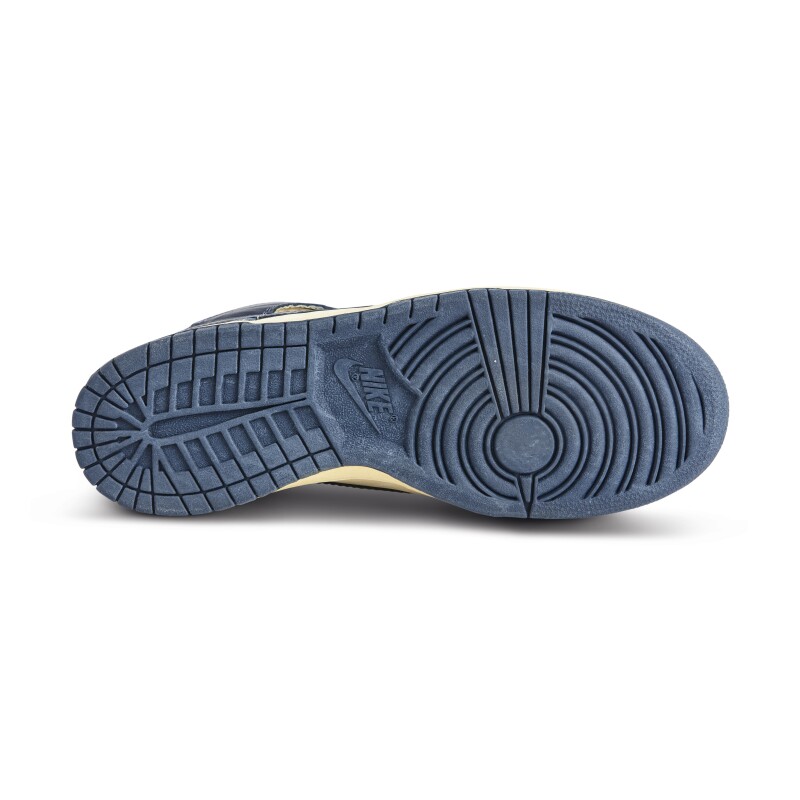 Originally released in 1985, Dunks have become one of the most iconic sneaker styles of all time and a blank canvas for design inspiration. Before Nike finalized a name, the Dunk was called ‘College Color High’. Nike created variations inspired by the school colors of key college basketball teams. In August of 1985 the program ‘Nike College Colors’ launched with the tagline, ‘Be True to Your School (BTTYS),’ giving fans an opportunity to support their team from head to toe.

In 2007, Nike released a Quickstrike assortment of Dunk Highs inspired by the original BTTYS collection, featuring vintage-like details to create the aged look of Dunks from the 1980s. This specific pair of sneakers are from the 2007 series and feature the colors of the Villanova Wildcats in Midnight Navy and White.

Worn finish is inherent to design.