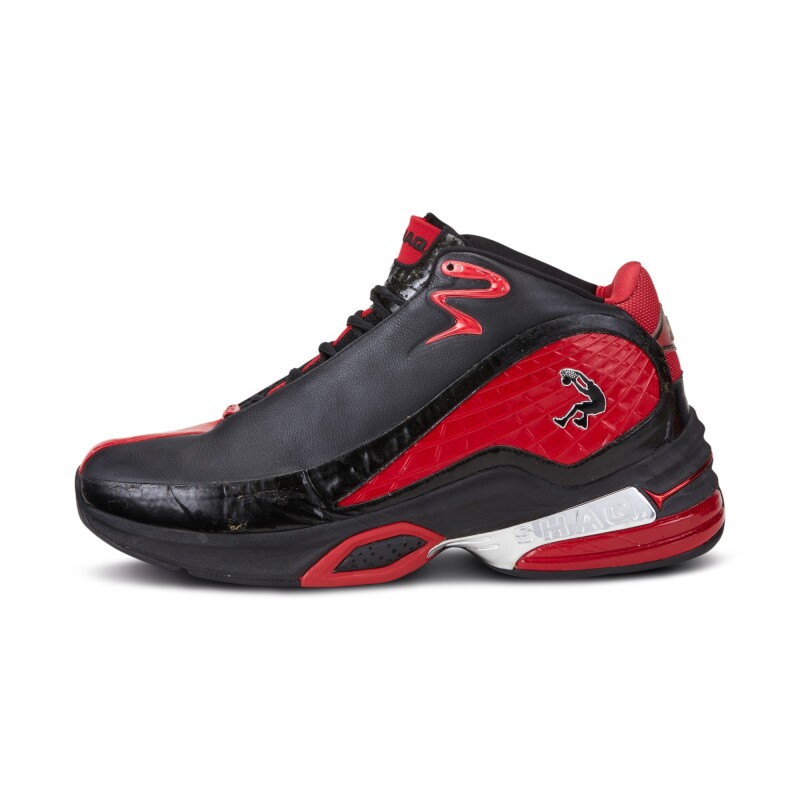 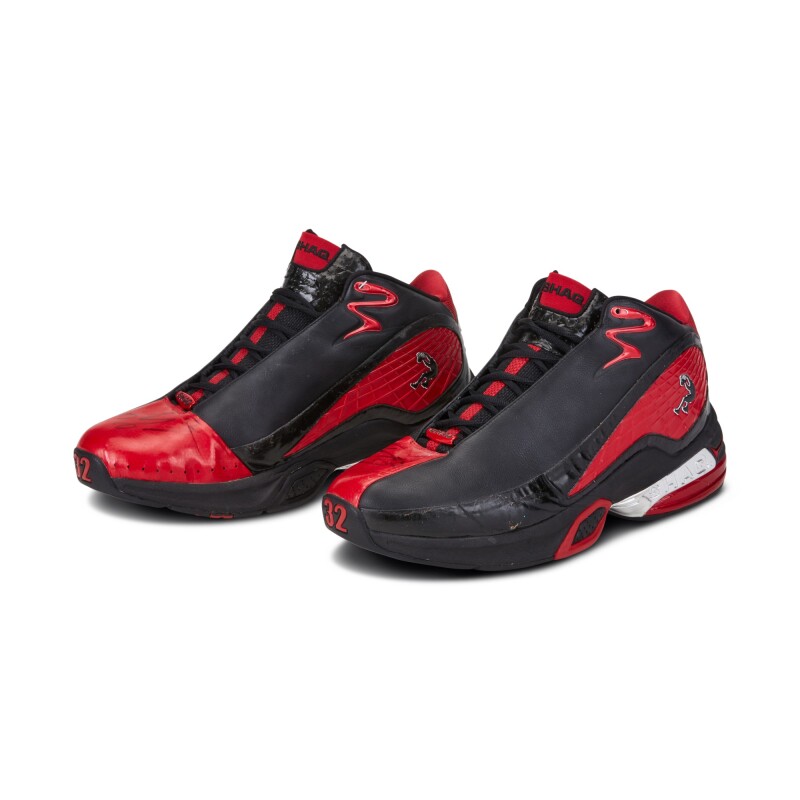 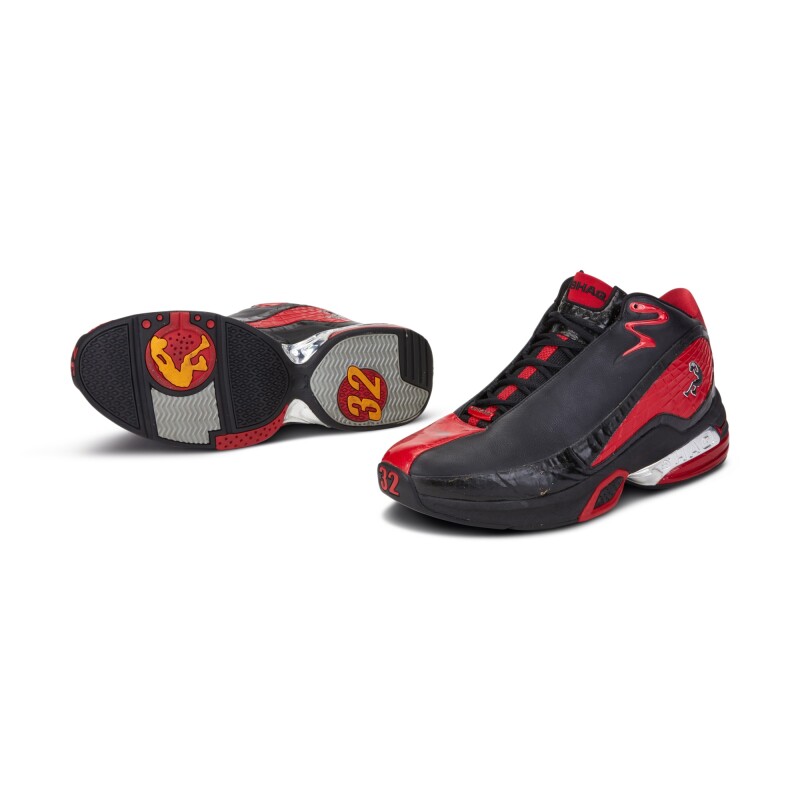 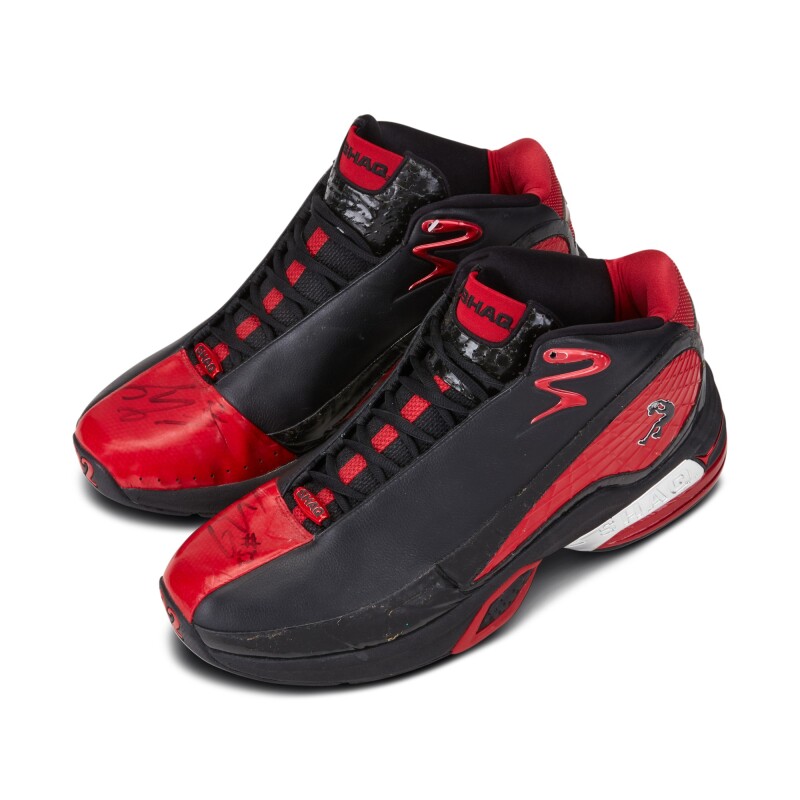 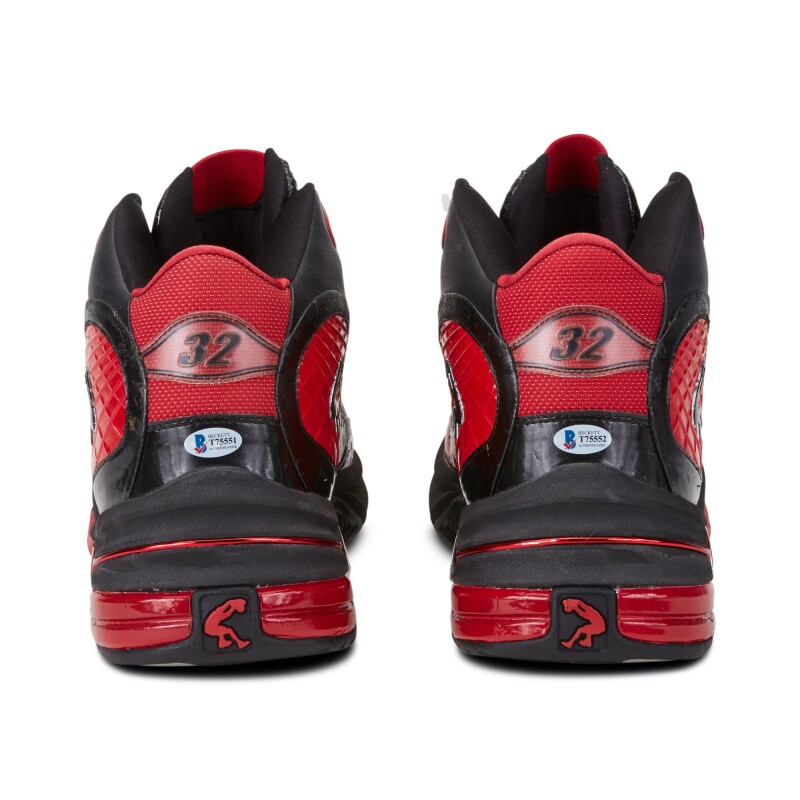 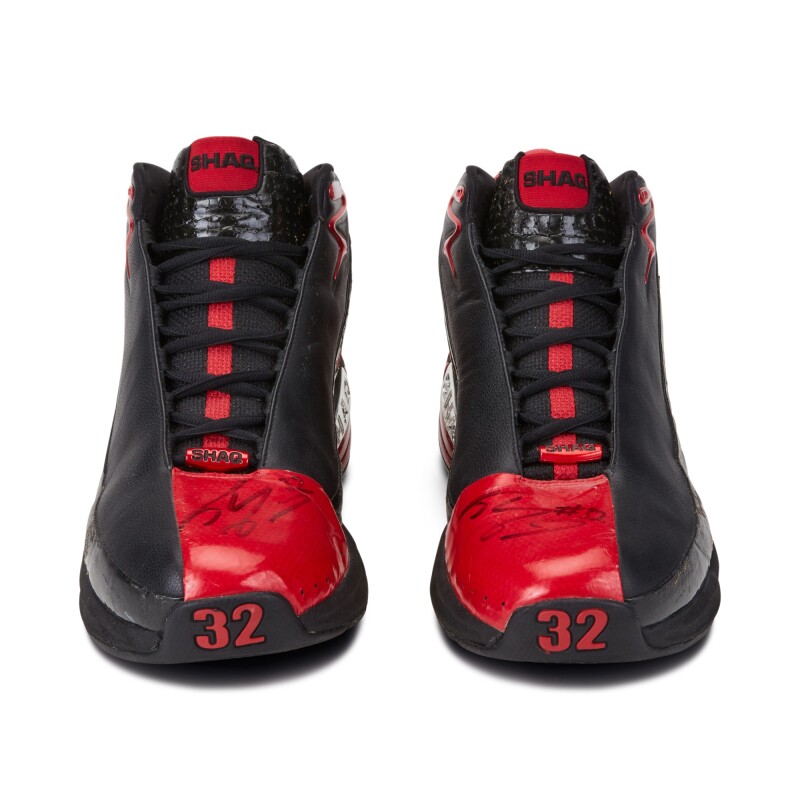 This dual signed pair of Shaq Shoes were worn by Shaquille O'Neal during his 2006 season with the Miami Heat. During that season, Shaq helped the Heat win its first championship in a 4-2 series against the Dallas Mavericks. The black and red upper reflects the Heat's team colors, while his name and number are included in multiple places on the shoe. This was Shaq's fourth championship season.

At 7'1" tall, Shaquille O'Neal is one of the most dominant players in NBA history. During his career, he led his teams to win NBA Championships and Olympic gold. On the court, Shaq was known to wear many iconic sneaker designs, and his fanbase always took note of his footwear collaborations. Once, after a game, a fan asked Shaq when a basketball player would produce a line of affordable sneakers that families like hers could afford. Shaq took her words to heart and launched his own brands, Shaq Shoes and Dunkman in 2004, vowing to make his iconic sneakers available at a more accessible price point than his competitors. Since then, Shaq has sold over 150 million pairs of affordably priced sneakers for children under his brand's label.

Signed on each toe in black marker.