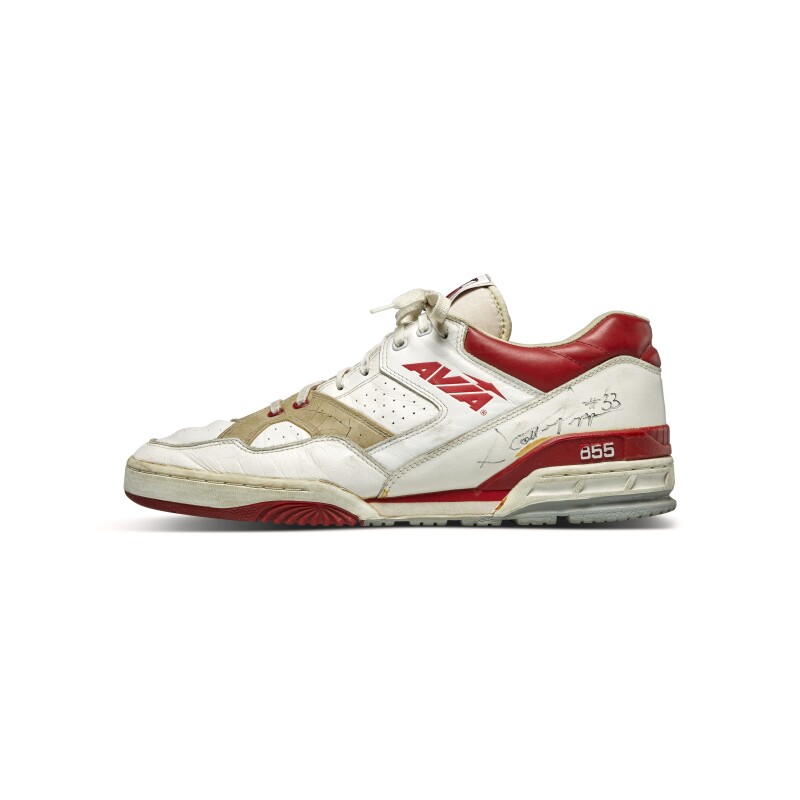 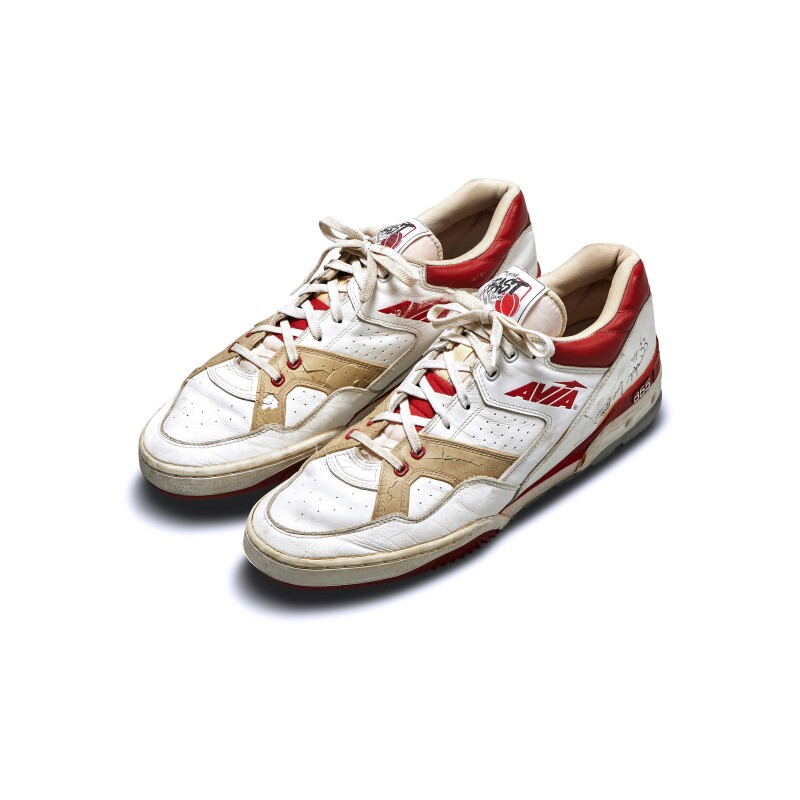 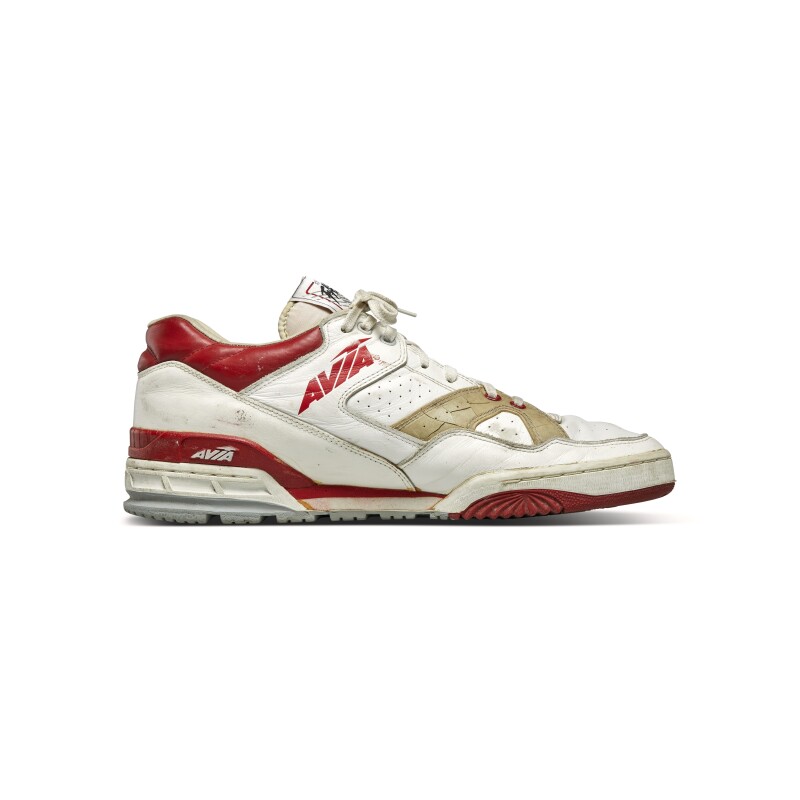 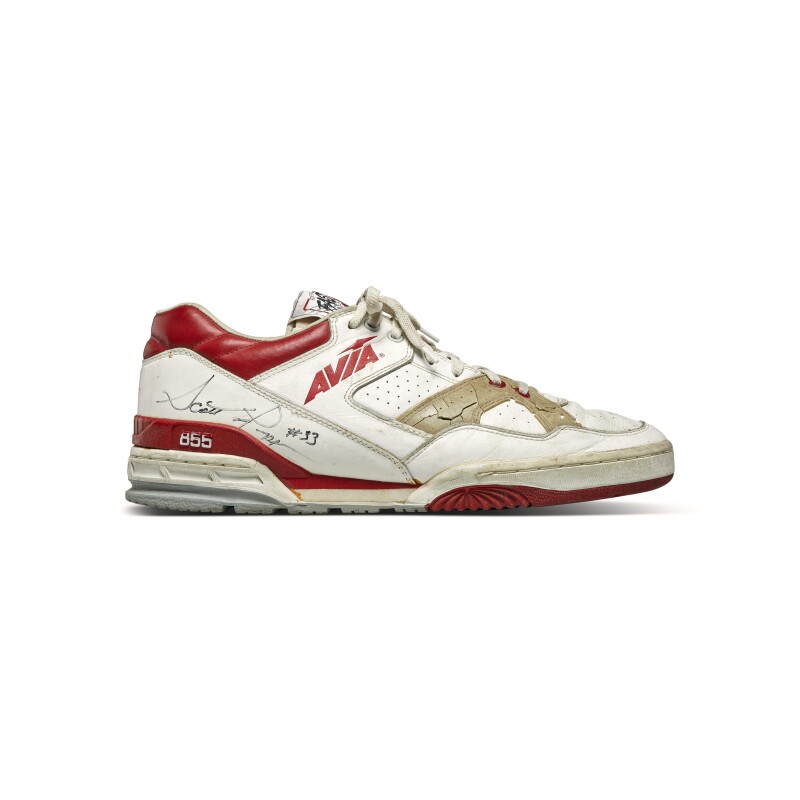 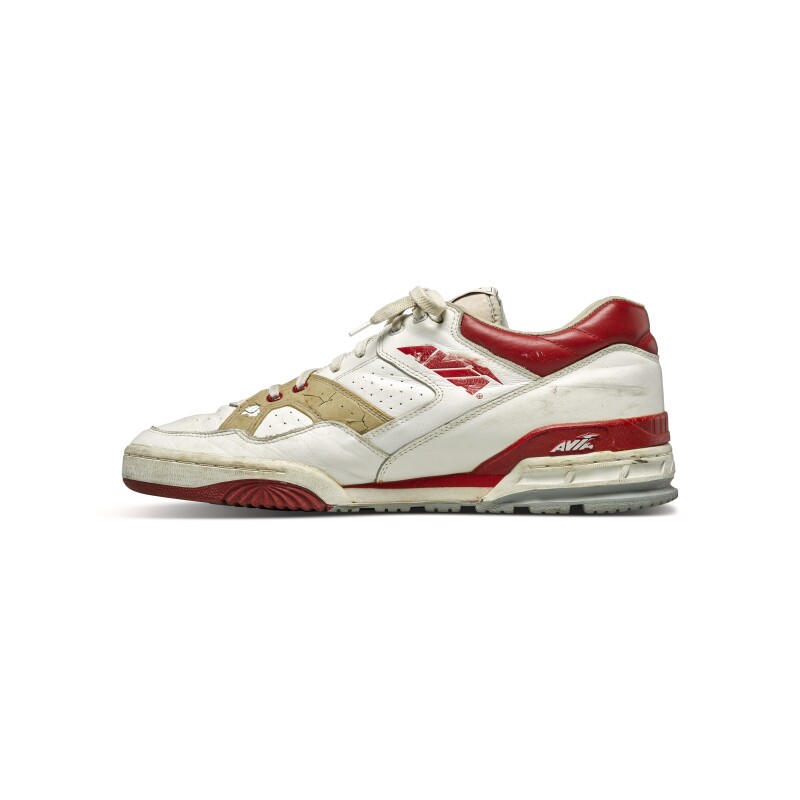 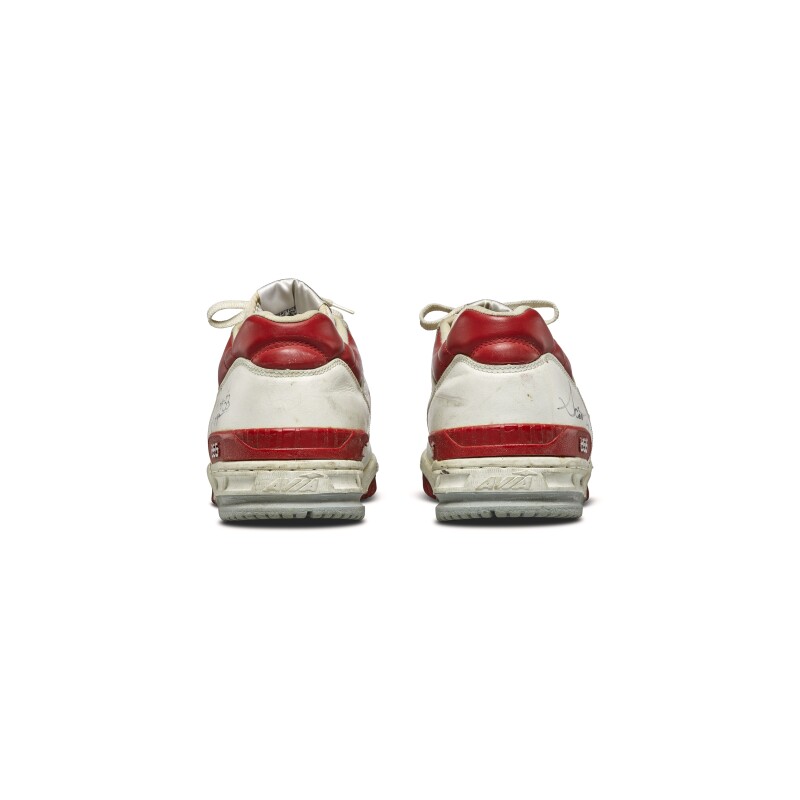 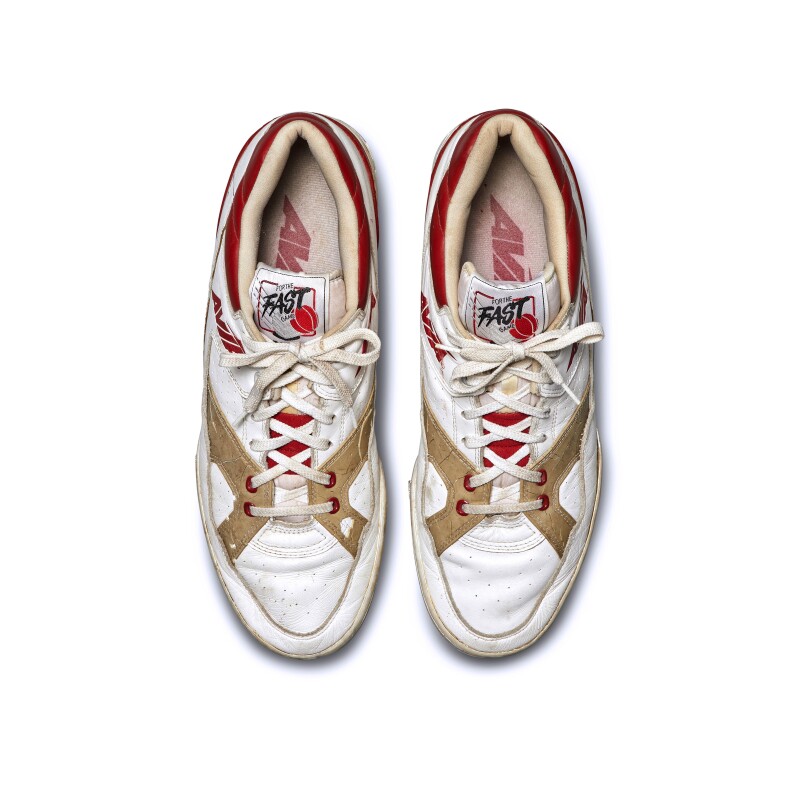 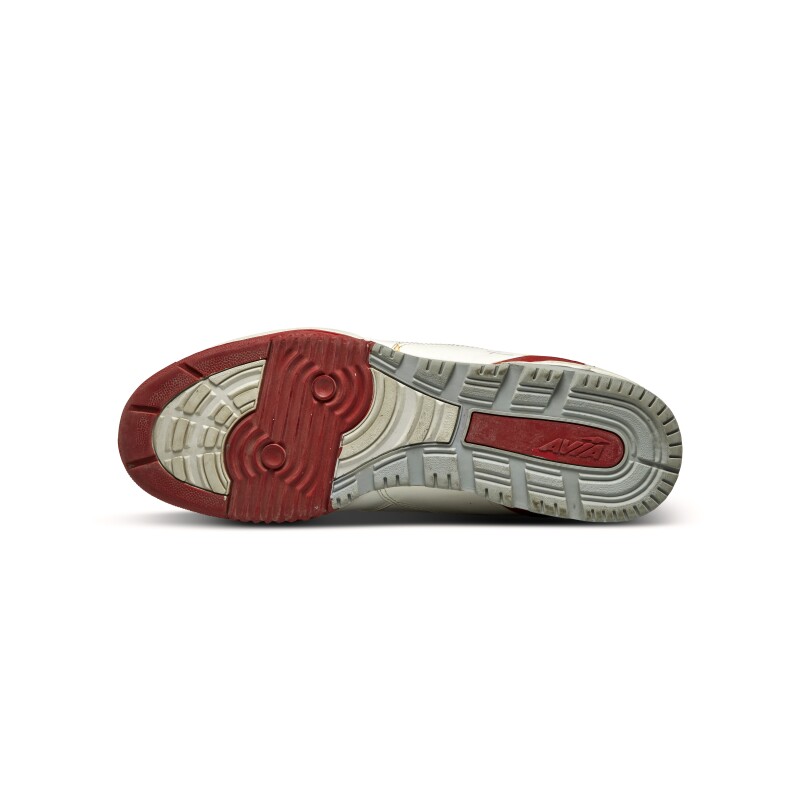 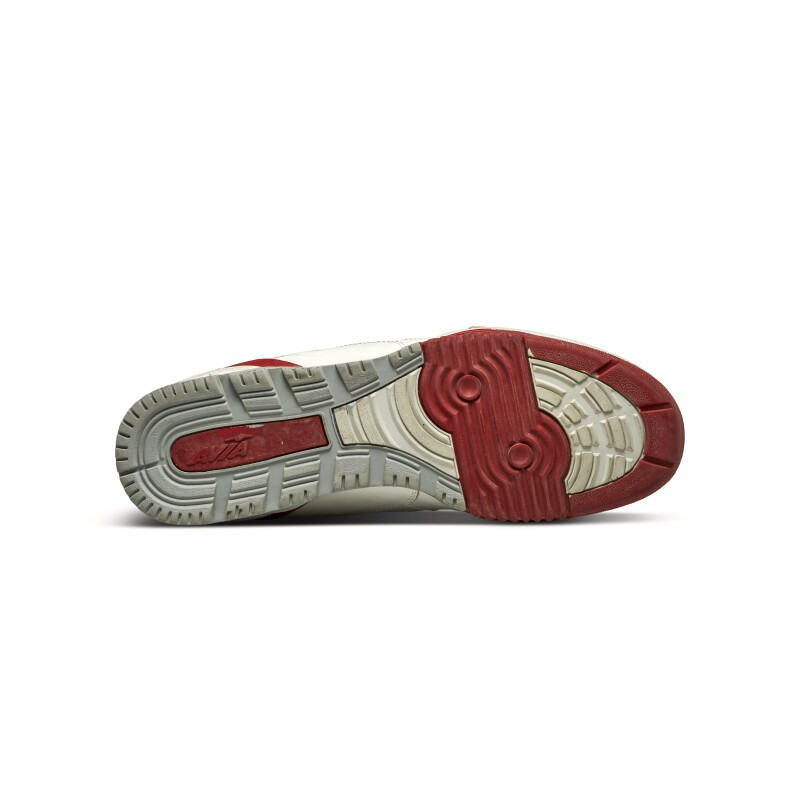 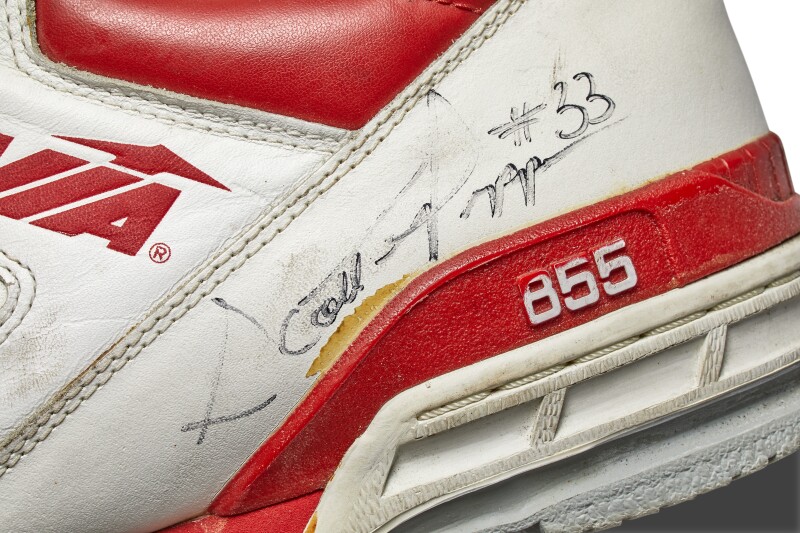 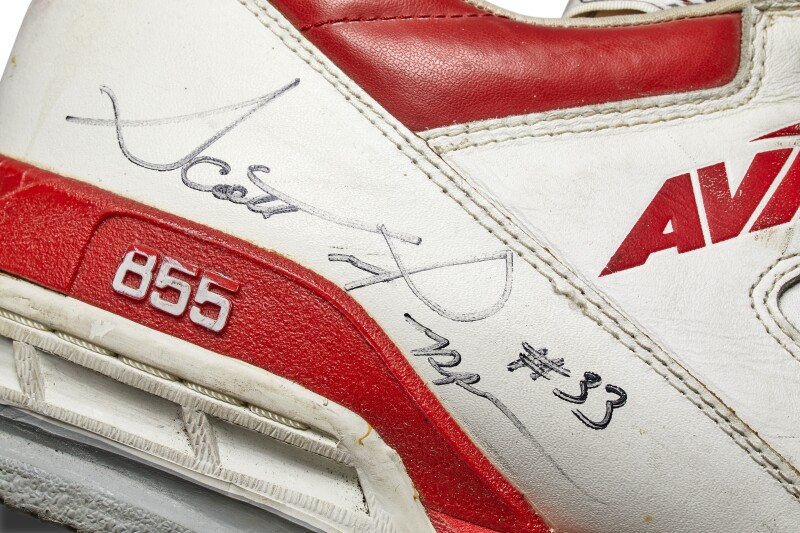 These sneakers were worn and signed by Scottie Pippen during his rookie season with the Bulls, predating Pippen’s deal with Nike. Notably the shoes are signed ‘Scott Pippen’ as opposed to ‘Scottie.' Pippen penned his number ‘33’ next to each signature, a number that the Chicago Bulls would later retire as a tribute to his incredible contributions to the team.

By the time Pippen retired he was a 6 time NBA Champion, a 7 time NBA All-Star, the 1994 NBA All-Star Game MVP, and the 1995 NBA Steals Leader. He is widely considered one of the greatest players of all-time and is part of the trio, along with Dennis Rodman and Michael Jordan, that created the 90s dynasty of NBA Championships in Chicago.

Exhibit some fragility and light cracking on the uppers.