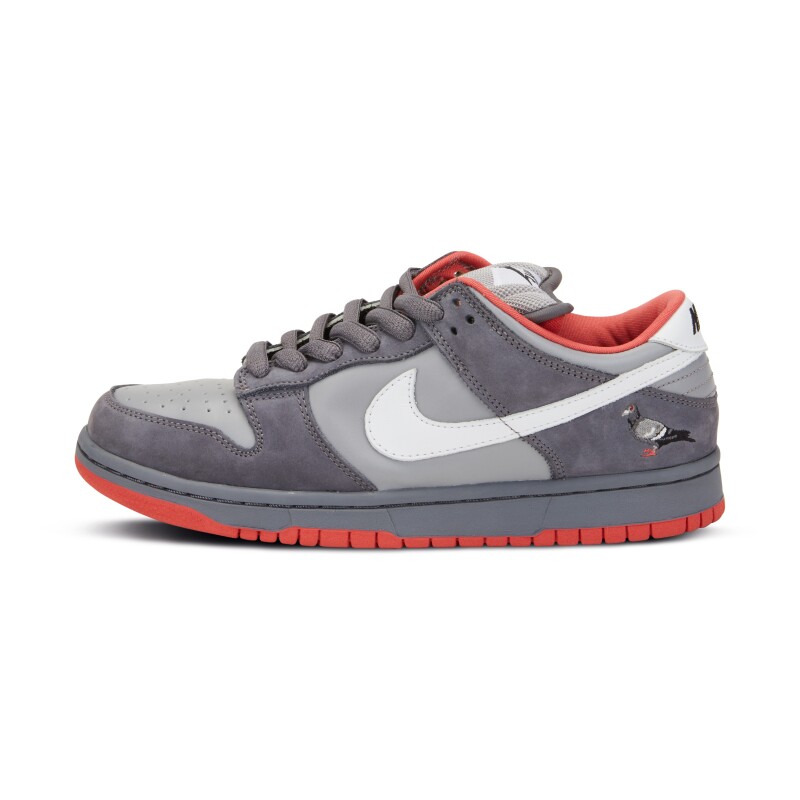 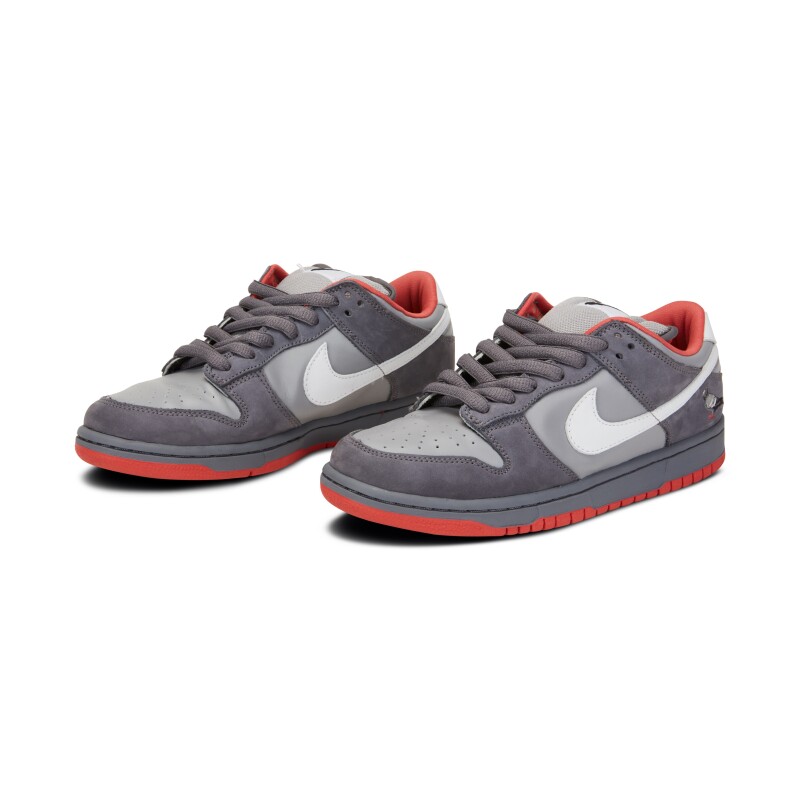 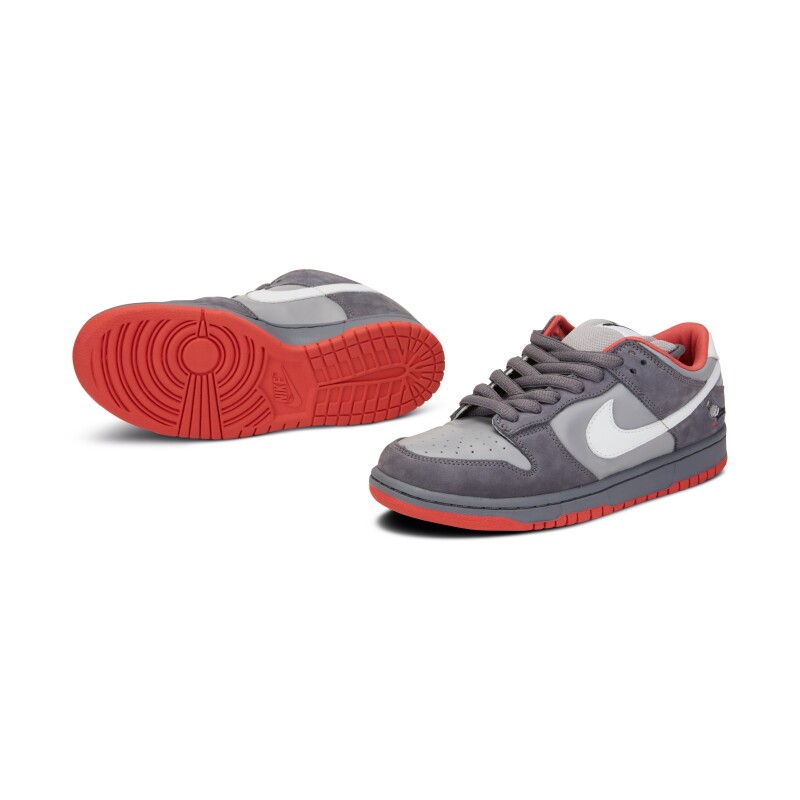 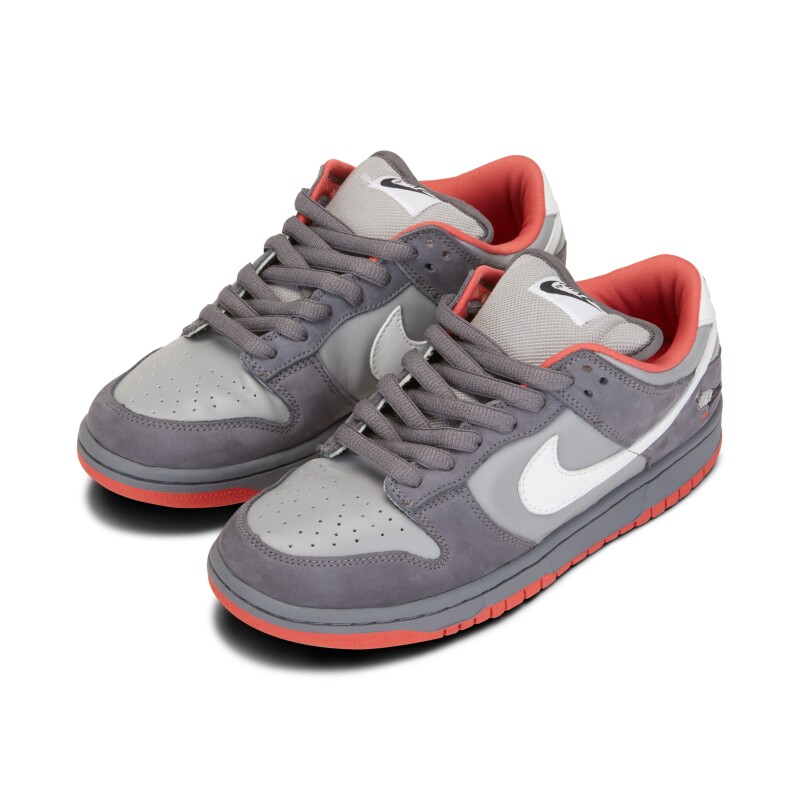 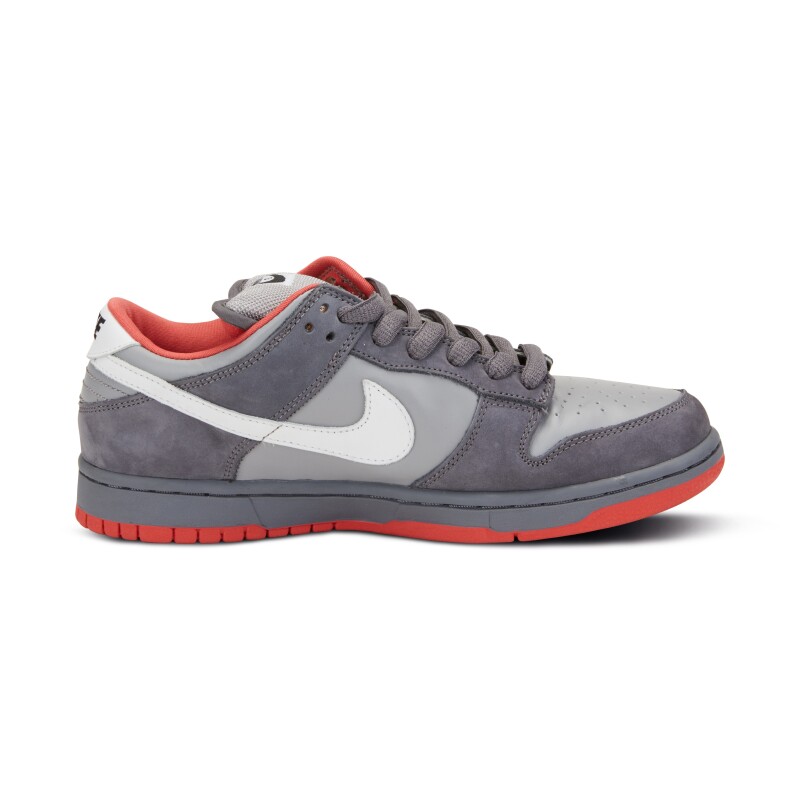 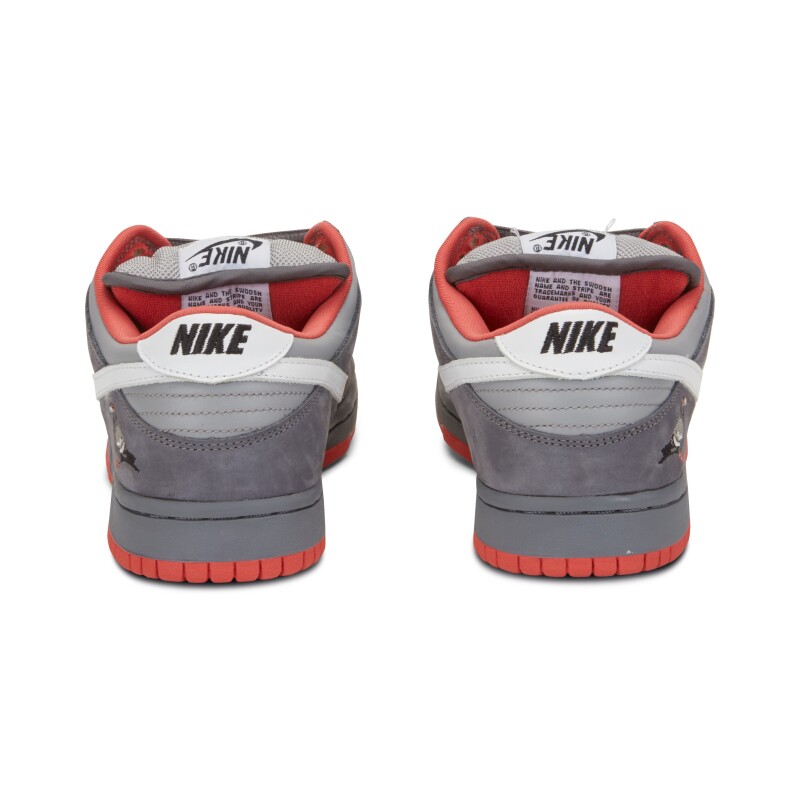 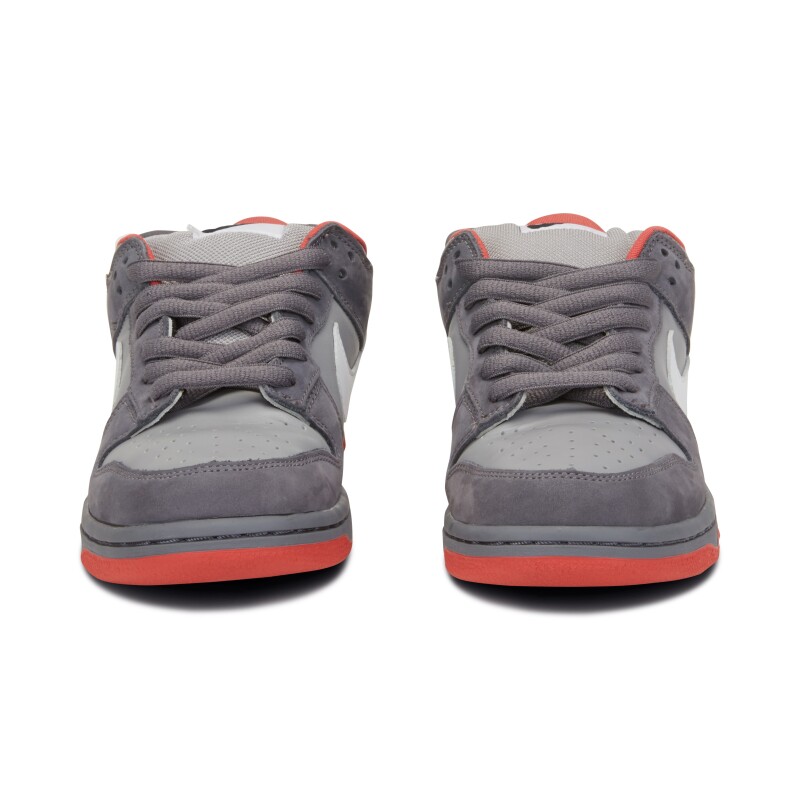 The NYC Pigeon Dunk is often credited as the release that brought sneaker culture into the mainstream zeitgeist. Designed by Jeff Staple of Staple Design, the 2005 release of this sneaker was perhaps one of the wildest Nike drops in history. When release day came, a line formed outside of Reed Space, Jeff’s Lower East Side storefront. The crowd grew so large that the New York City Police were called to keep things in order and make sure that lucky purchasers were able to get home safely. The attention on the release made the cover of the New York Post, and to this day remains an extraordinary example of the power of streetwear hype. This day marked the pinnacle of the Pigeon Dunk and the beginning of a legendary era for the SB Dunk silhouette within the streetwear and skateboarding culture.

The design is inspired by the ubiquitous NYC pigeon, with an outsole featuring a pigeonfoot like color, and a pigeon embroidered on the heel. A light grey nubuck upper with dark grey accents and laces mimic the color and softness of a pigeon, while a pop of orange was added to the lining and outsole.