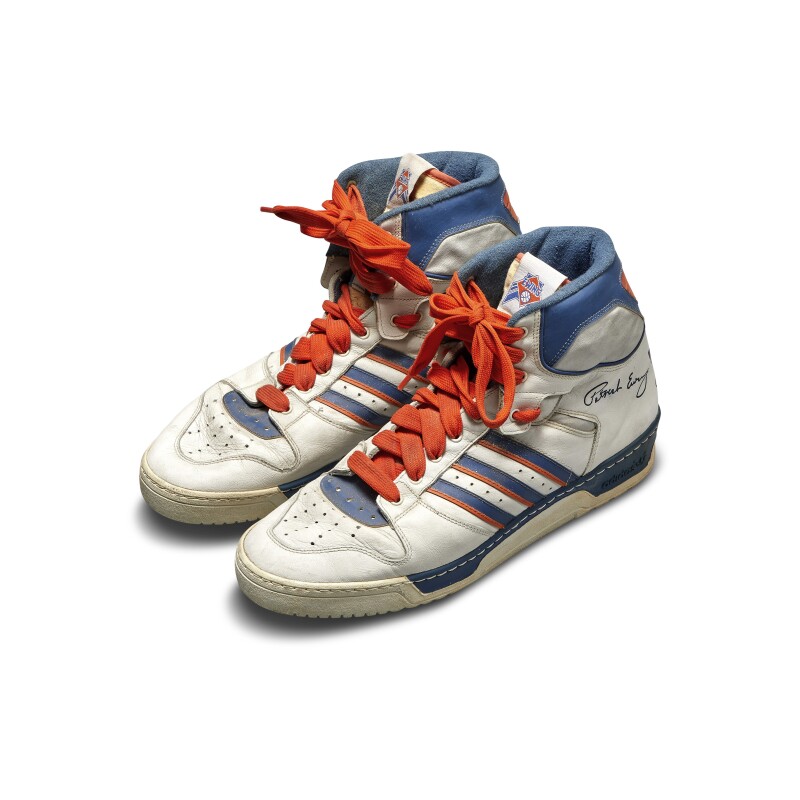 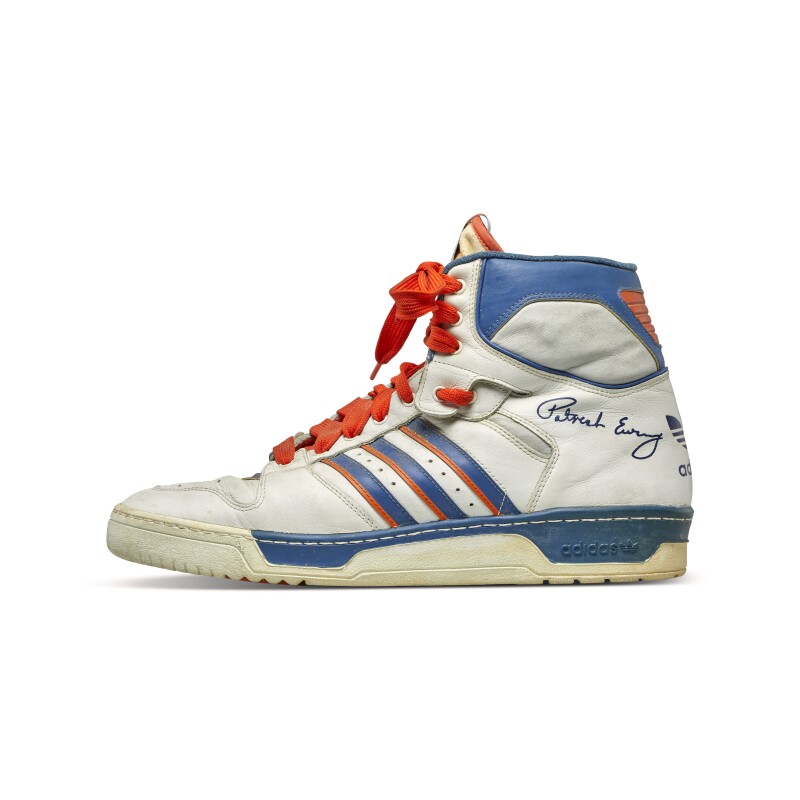 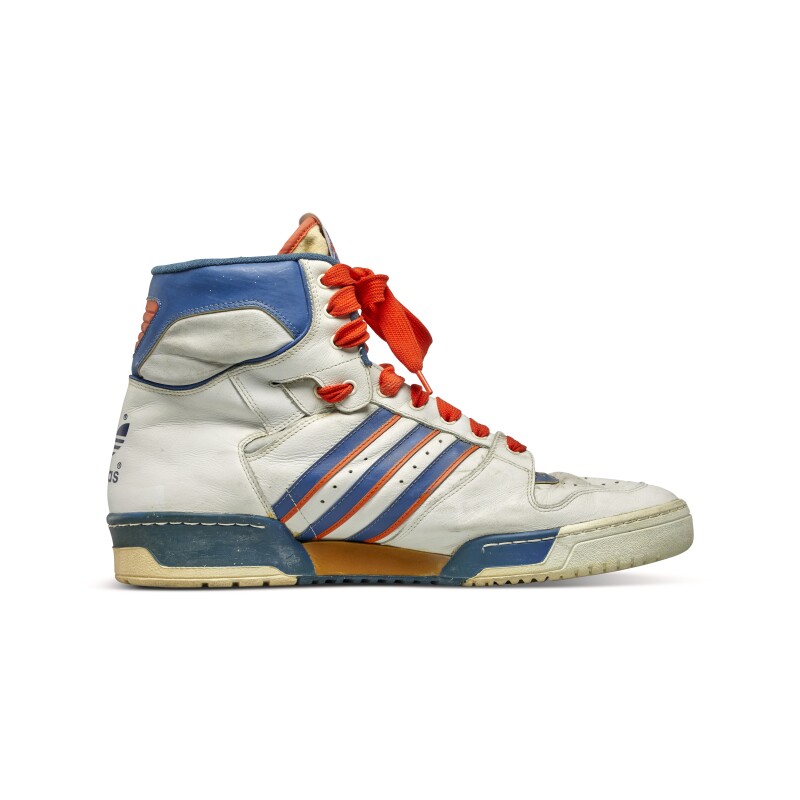 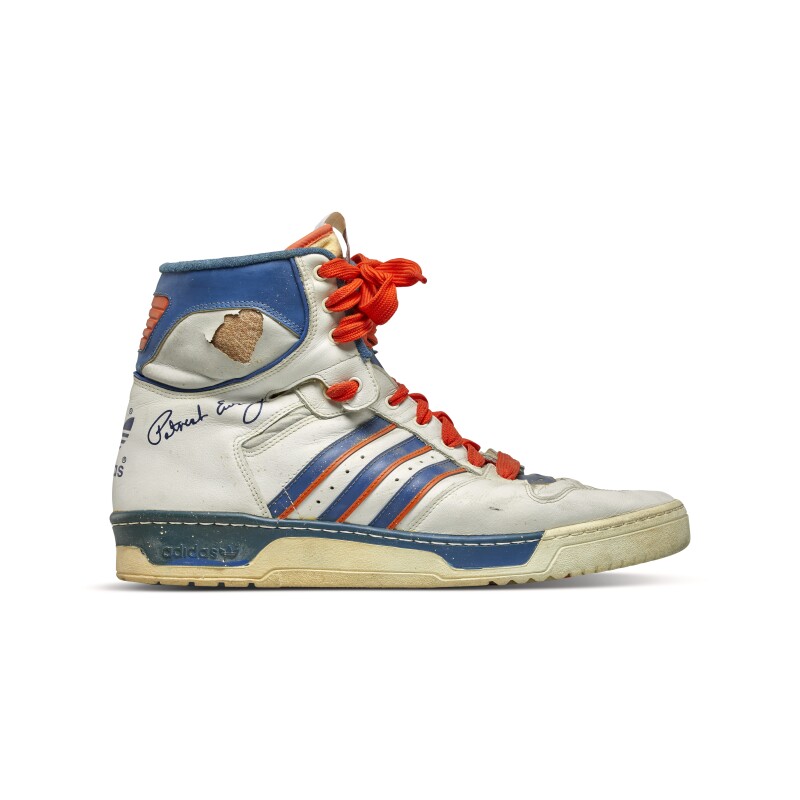 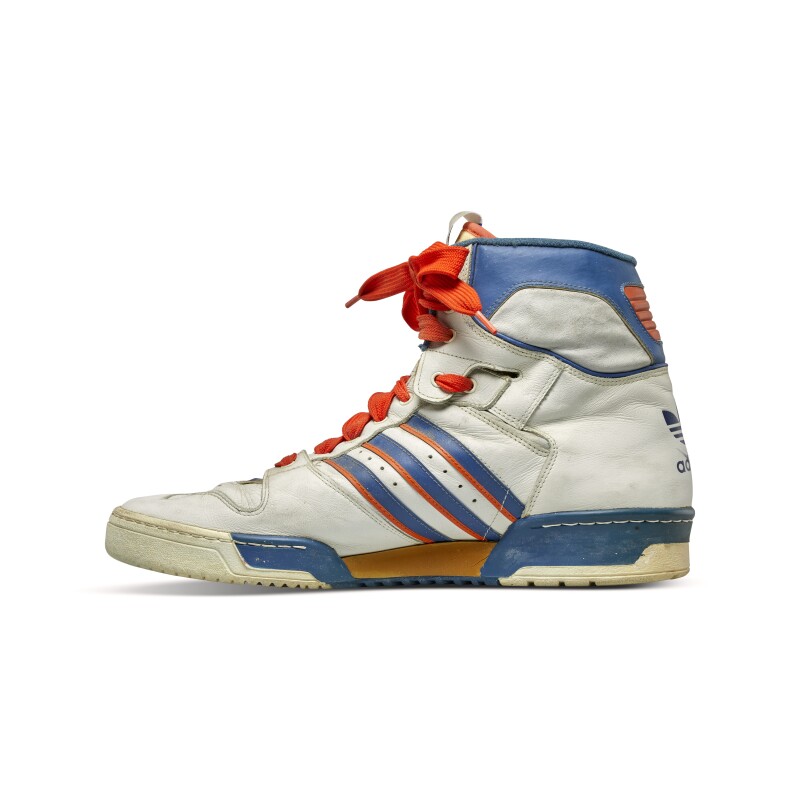 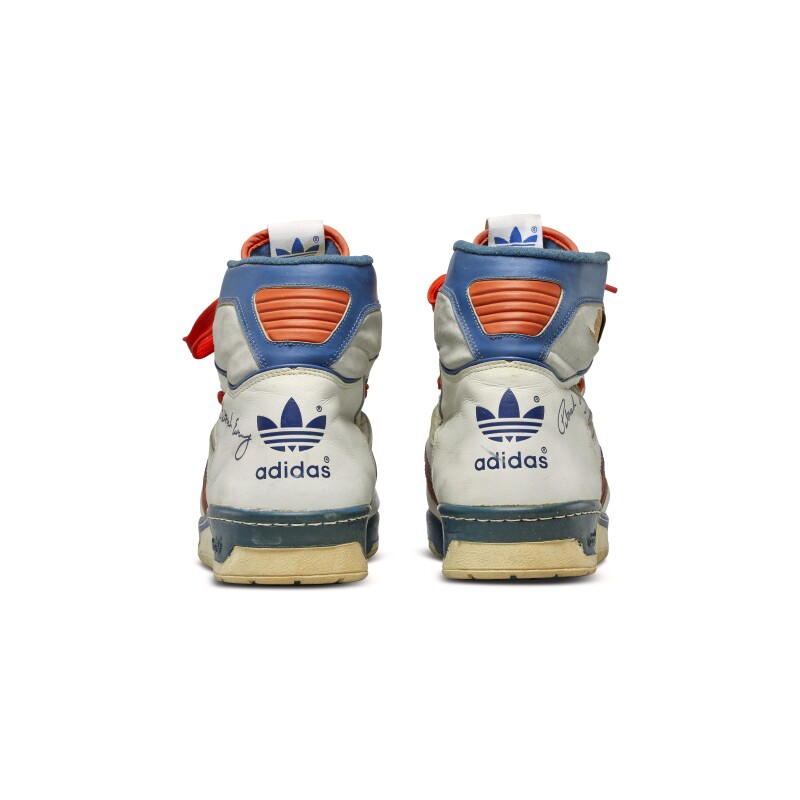 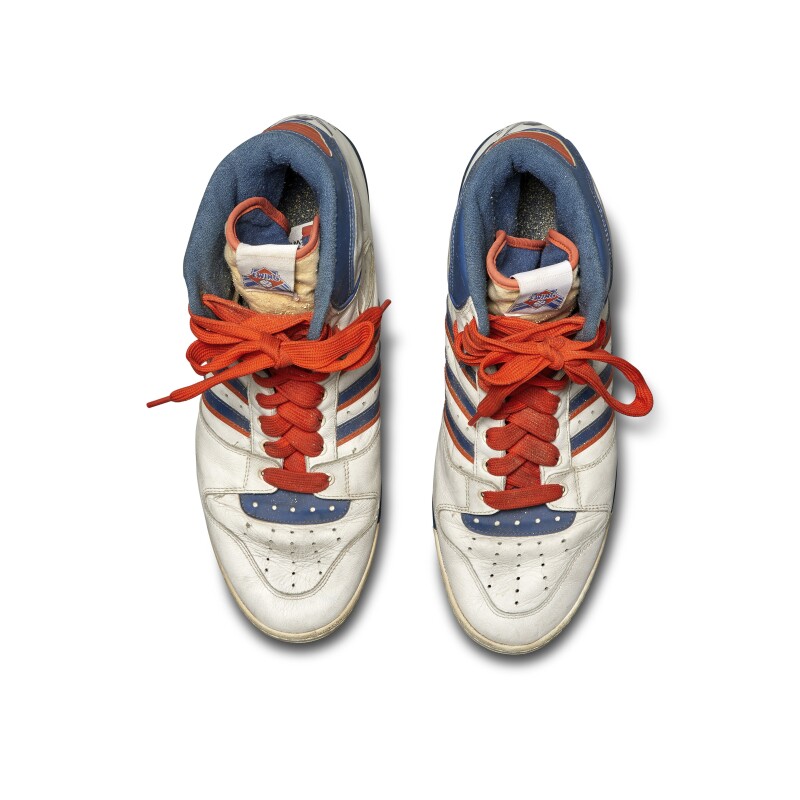 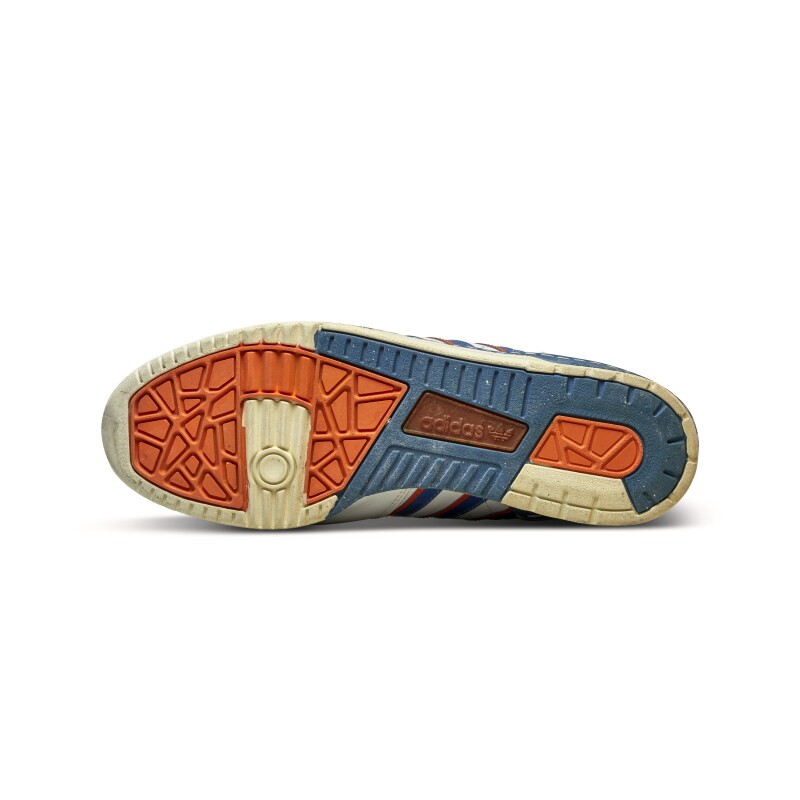 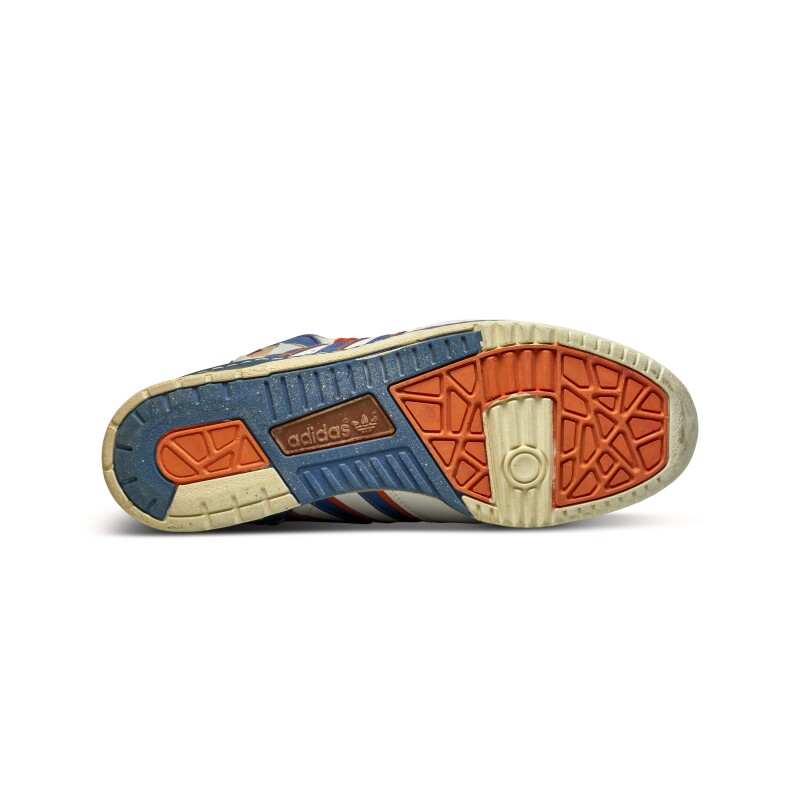 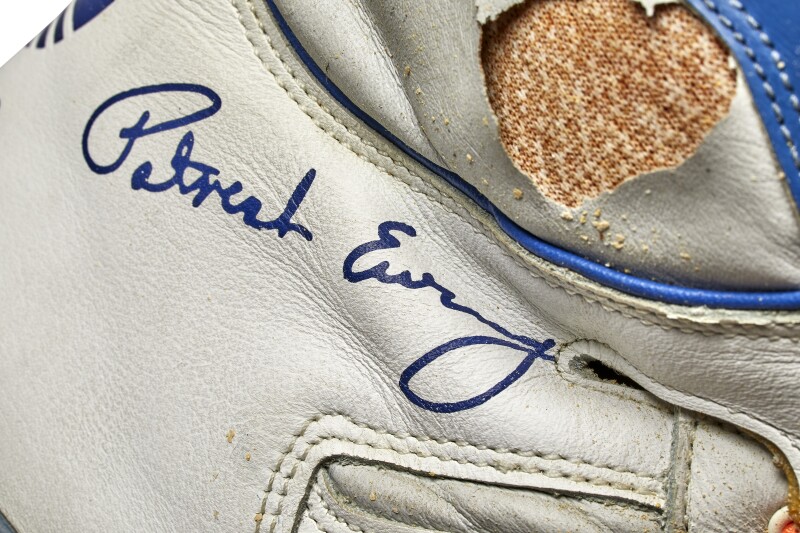 At 7 feet tall, Patrick Ewing was a towering figure among the skyscrapers of New York City, where he played 15 of his 17 career seasons for the New York Knicks. The legendary Hall of Famer is an 11 time NBA All-Star with 2 Olympic Gold Medals. His incredible skills led him to achieve more than 24,000 points and 11,000 rebounds. He was named to the '50 Greatest Players in NBA History' list in 1996.

This pair of adidas Conductors was worn by Ewing early in his career in the late 1980s, while playing for the New York Knicks.

Leather has flaked on lateral side at ankle due to age.