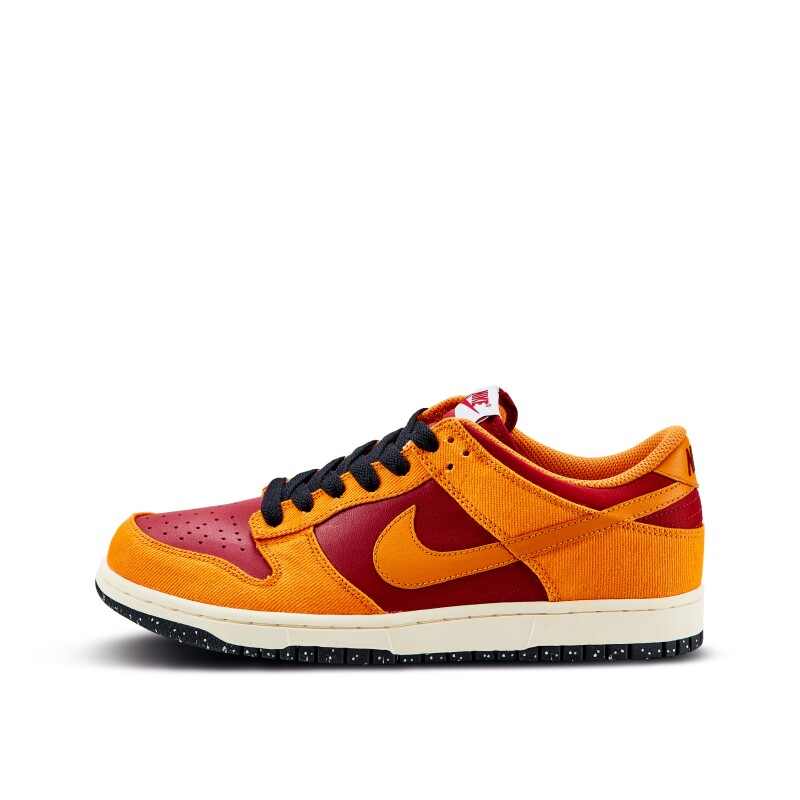 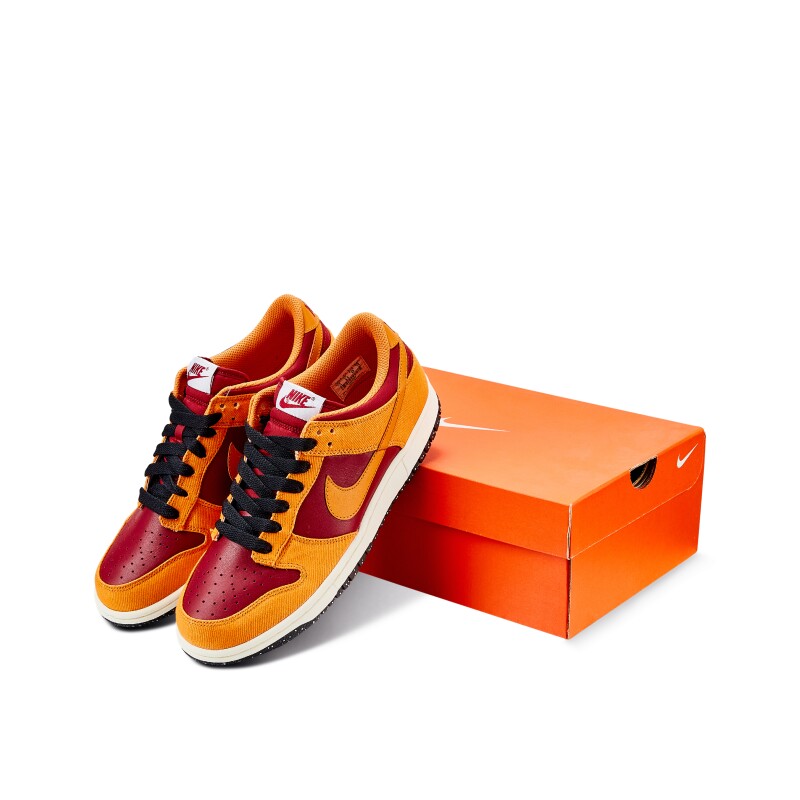 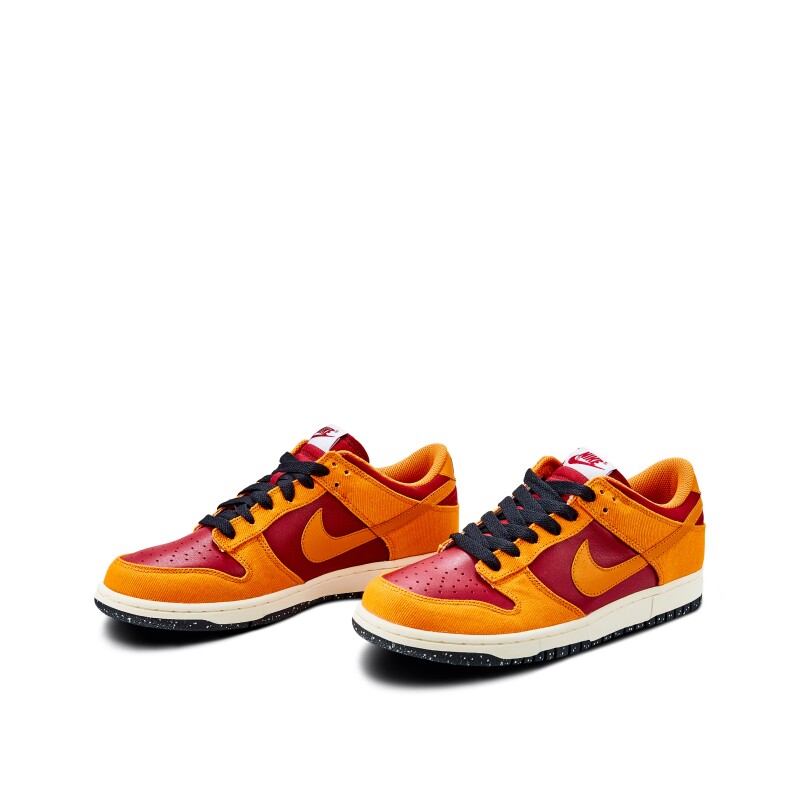 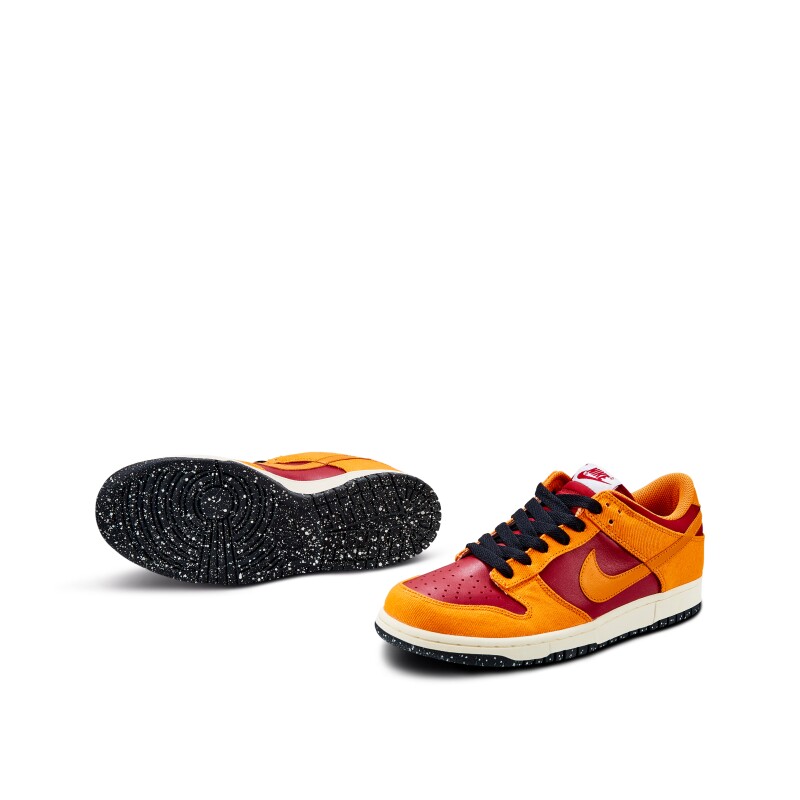 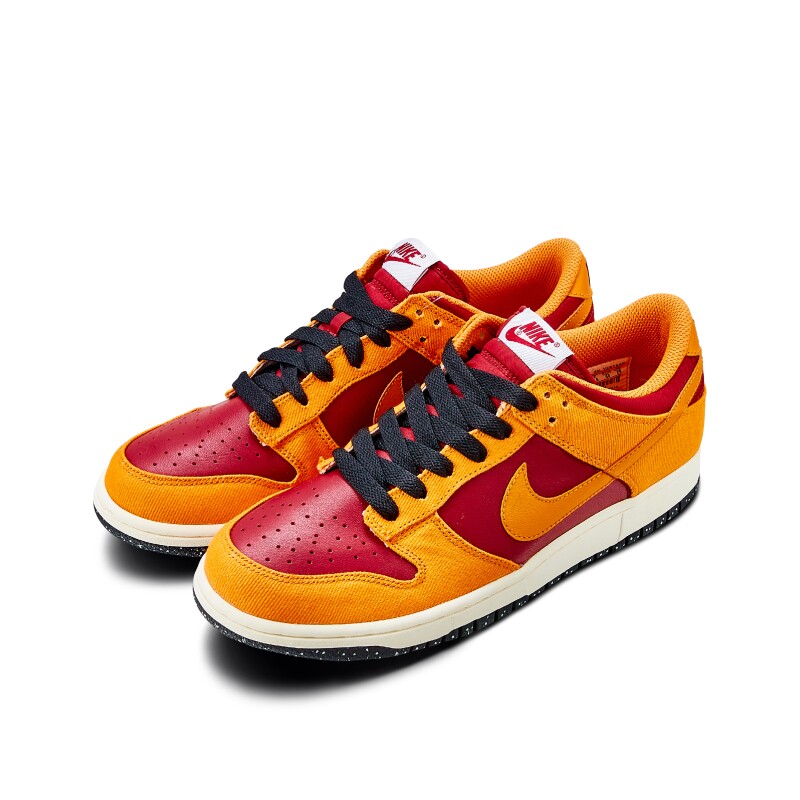 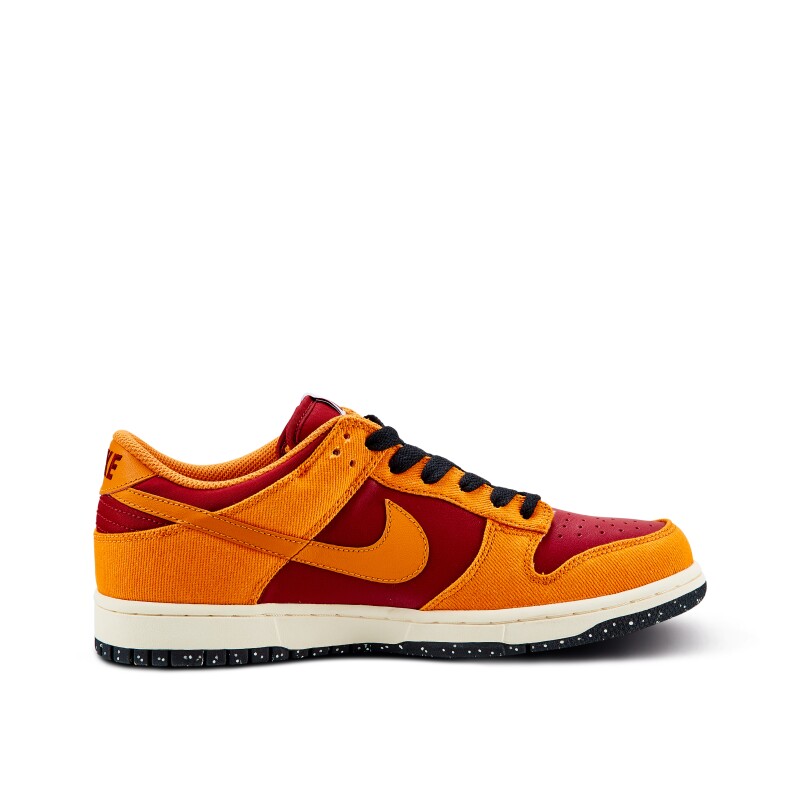 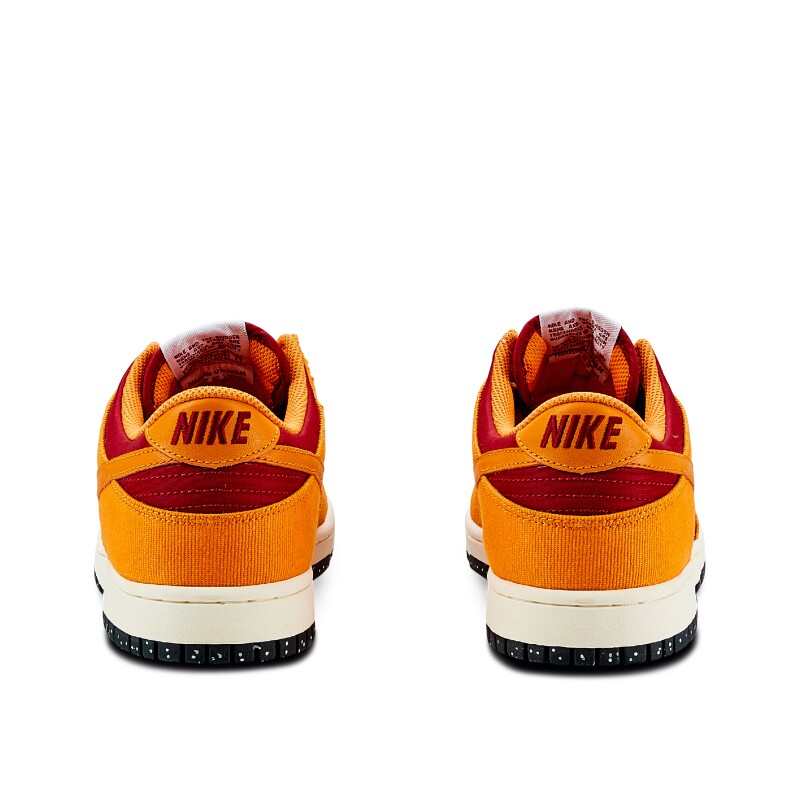 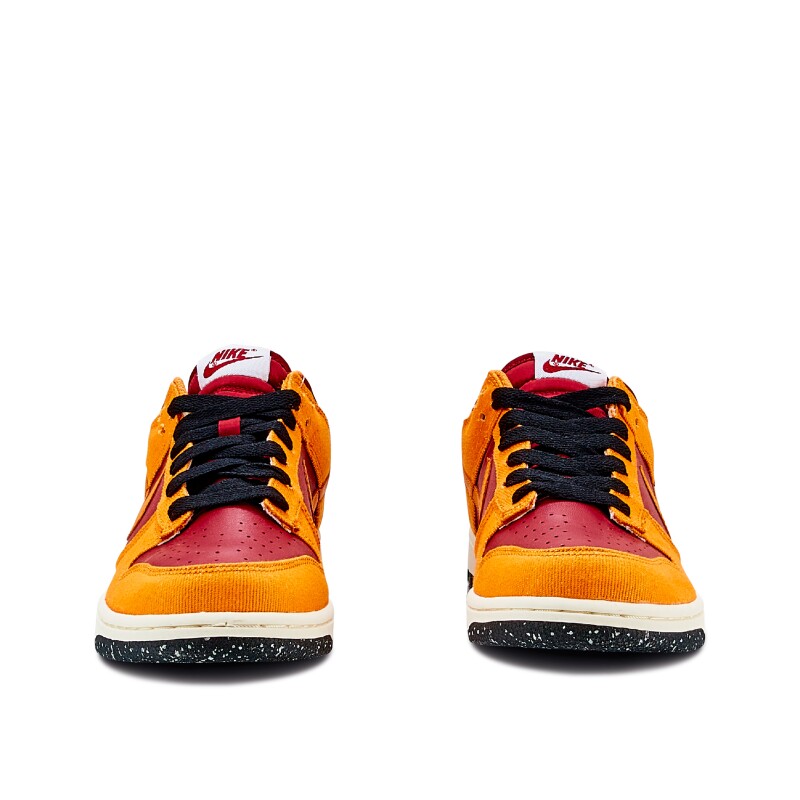 The Nike Dunk Low Women's CL was released in 2007 and applies a two-tone colorway on the classic Dunk Low silhouette. The upper consists of a Team Red leather with Carrot Orange overlays. The pair includes black laces and sits atop a white midsole and speckled black outsole.