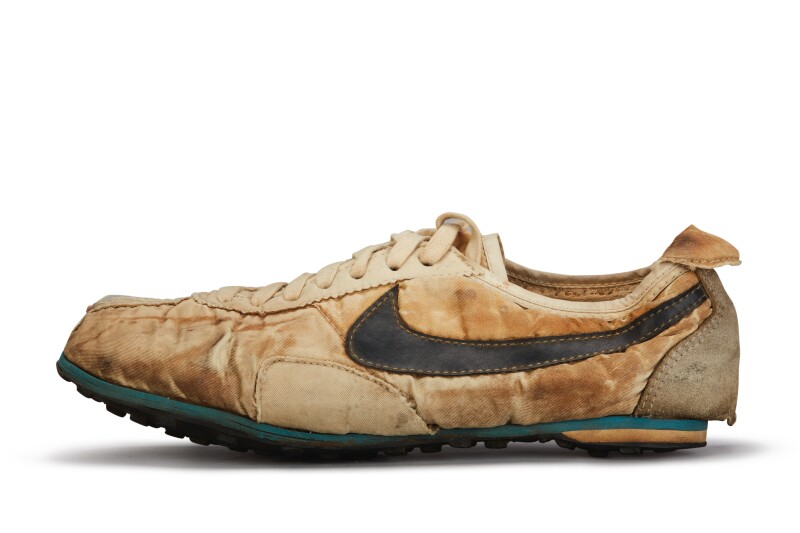 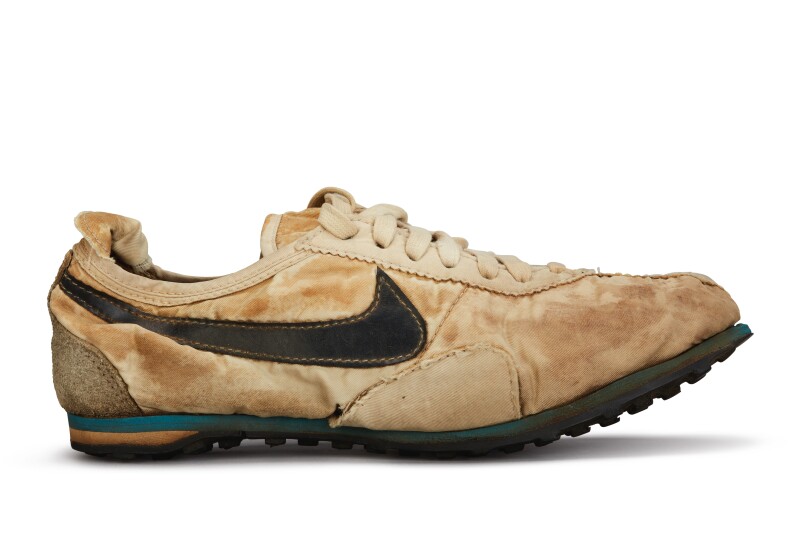 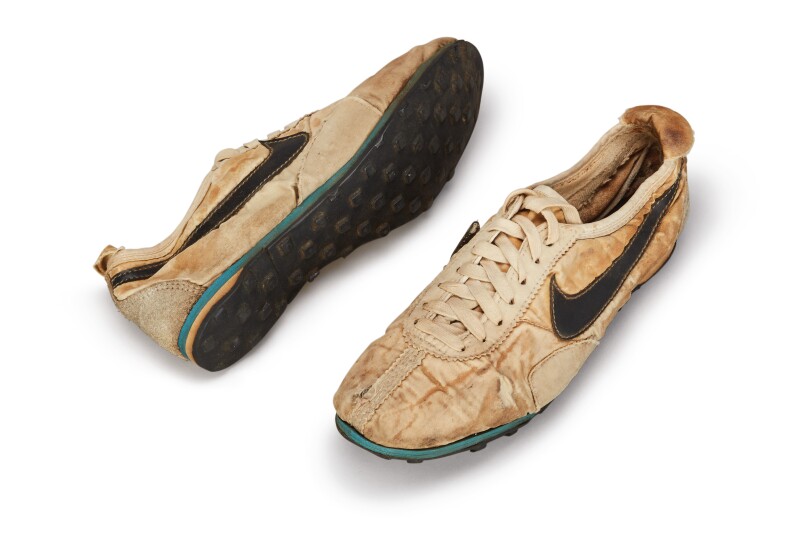 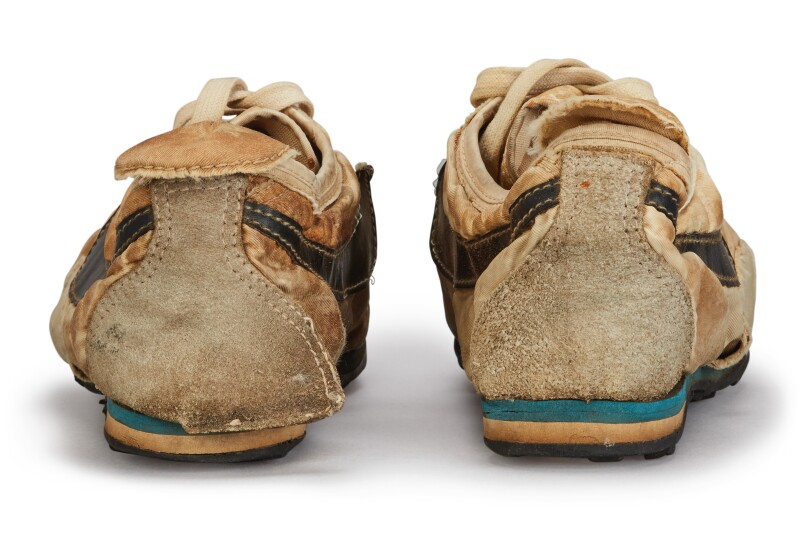 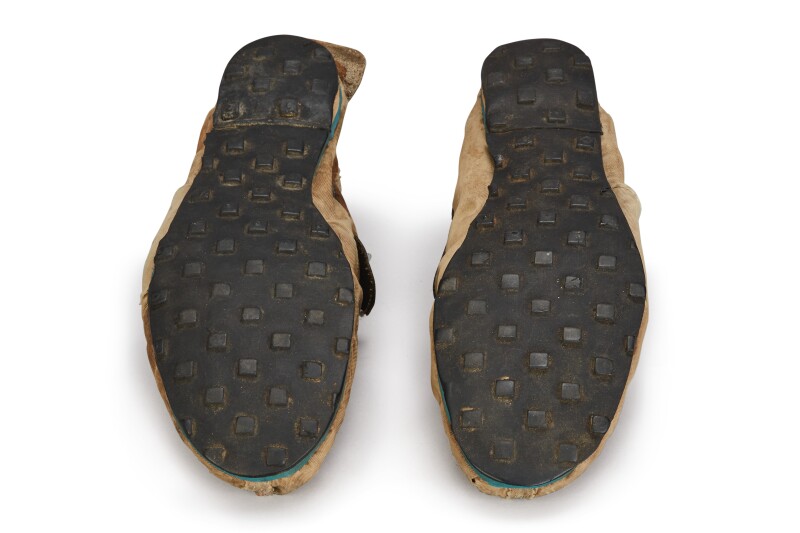 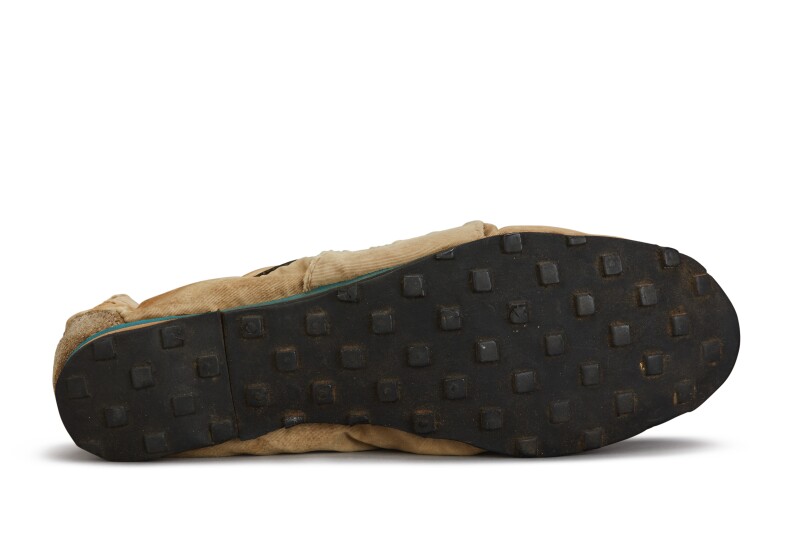 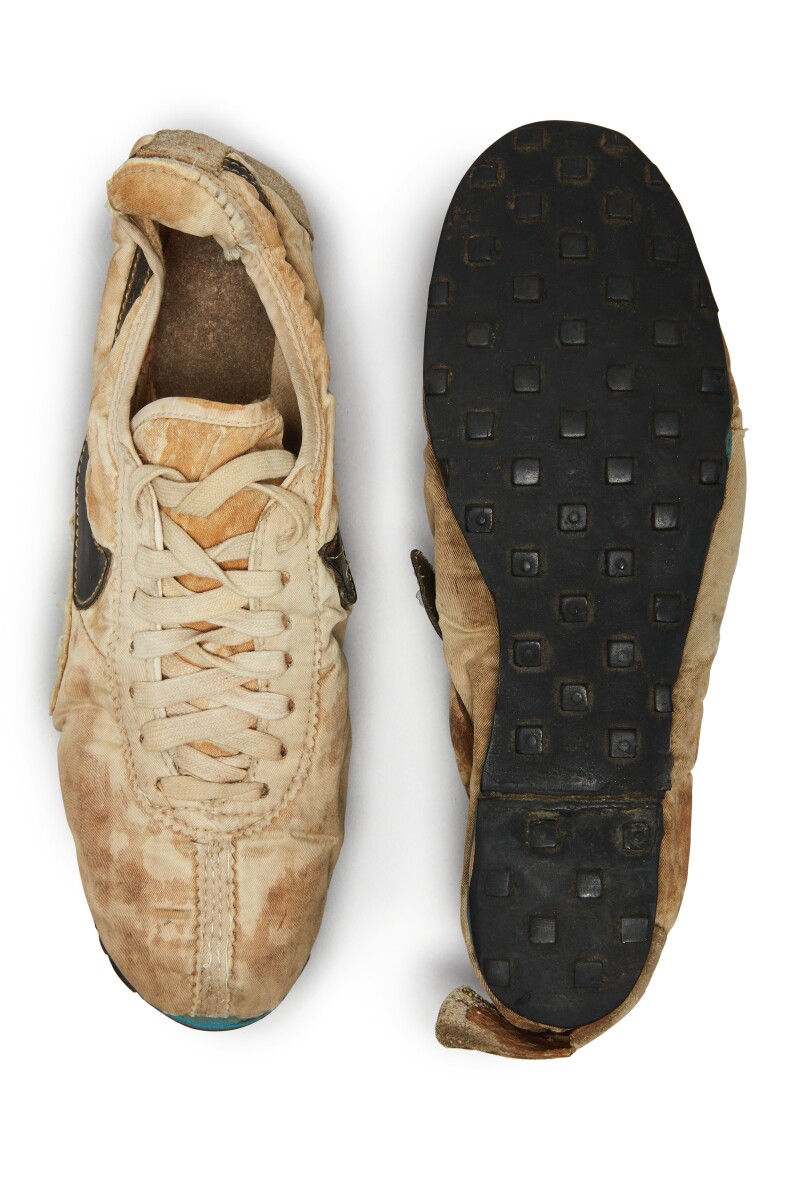 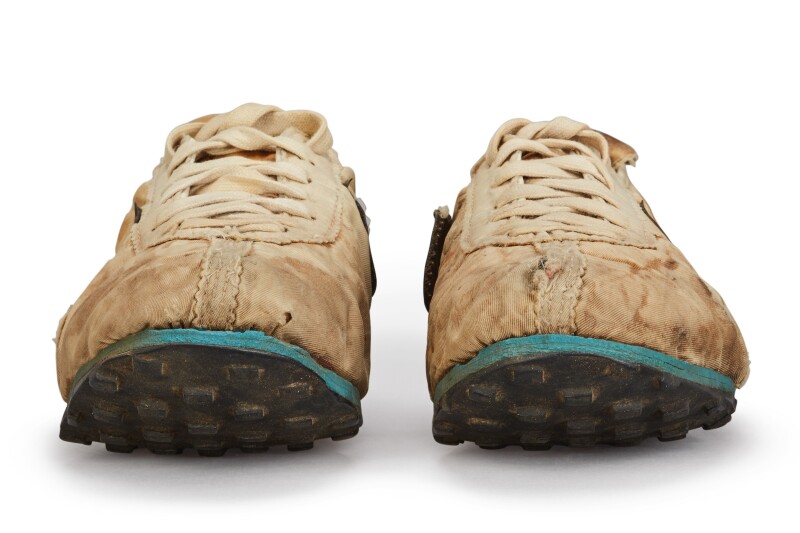 The Nike “Moon Shoe” is one of the most significant artifacts in the history of the multi-billion dollar athletic brand. One of a small group of pairs known to exist, this Moon Shoe is a handmade running shoe designed by Nike co-founder and legendary University of Oregon track coach Bill Bowerman. As the famous story goes, Bowerman was first inspired to create the innovative waffle sole traction pattern found on the brand’s early running shoes by tinkering with his wife’s waffle iron, pouring rubber into the mold to create the first prototype of the sole. The finished design of the traction pattern created better grip and cushion than most running shoes of the time, and the waffle sole was Nike’s first major innovation as a brand. The “Moon Shoe” got its name from the resemblance between the impression that the waffle pattern left in dirt and the famous tracks left on the moon by astronauts in 1969.