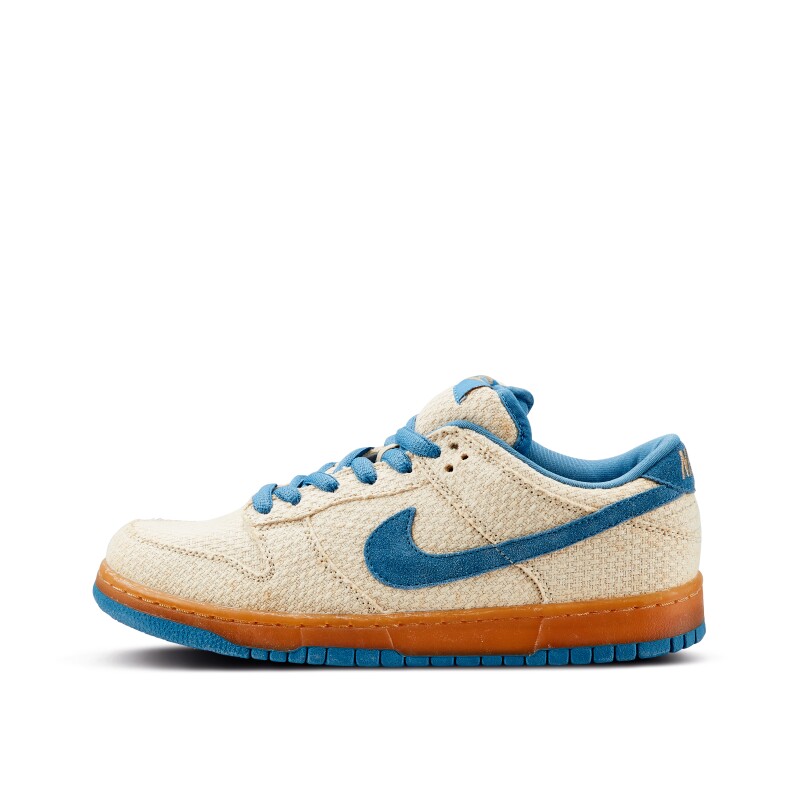 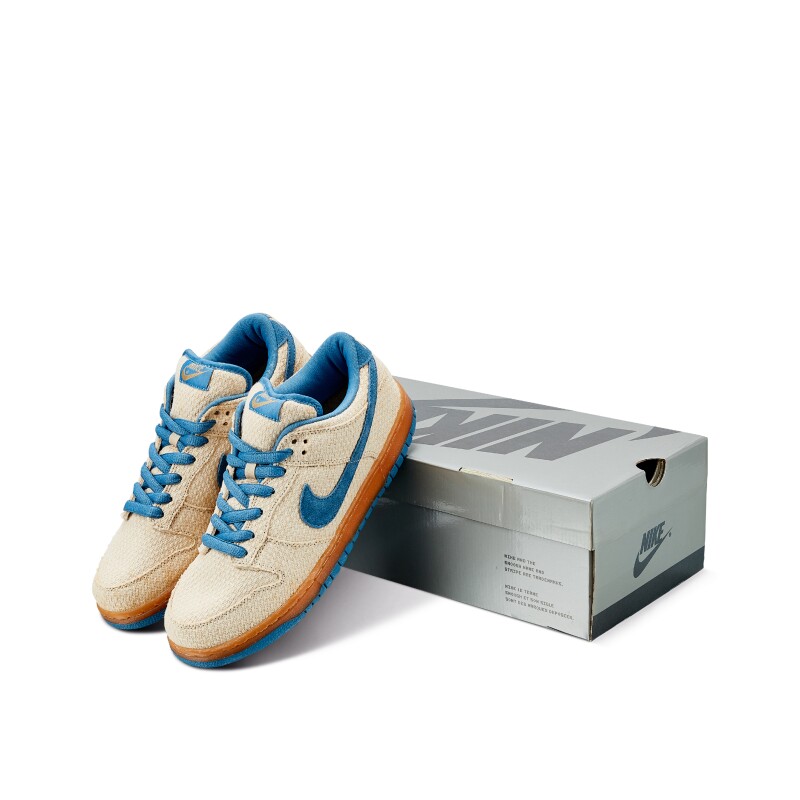 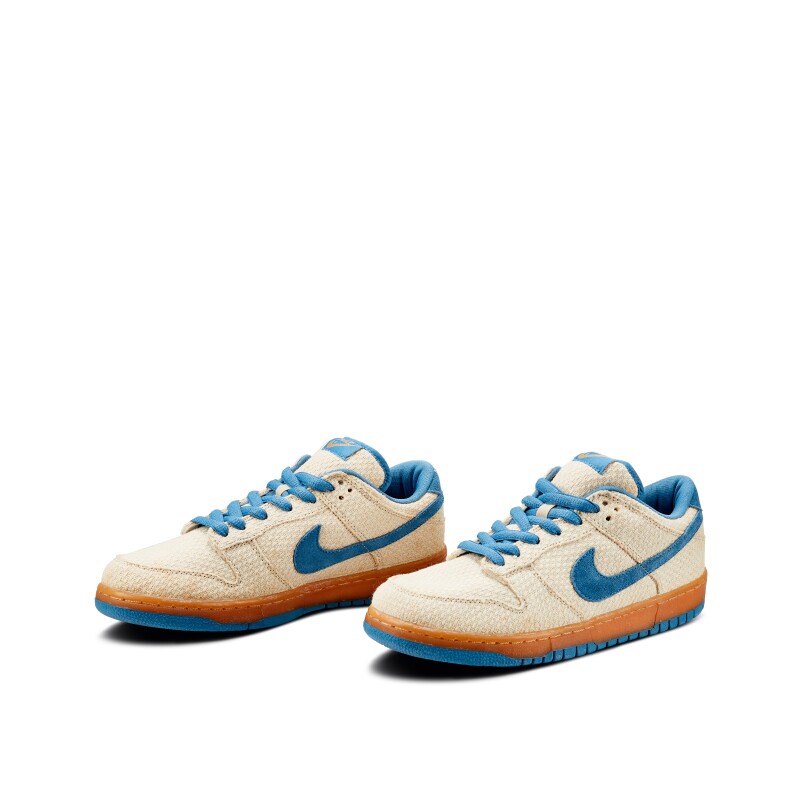 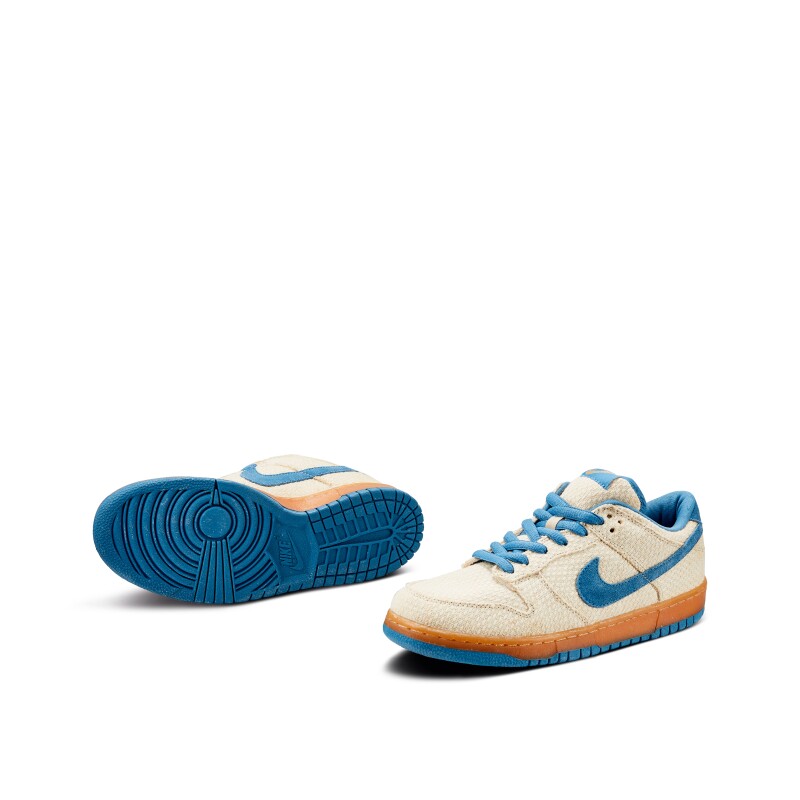 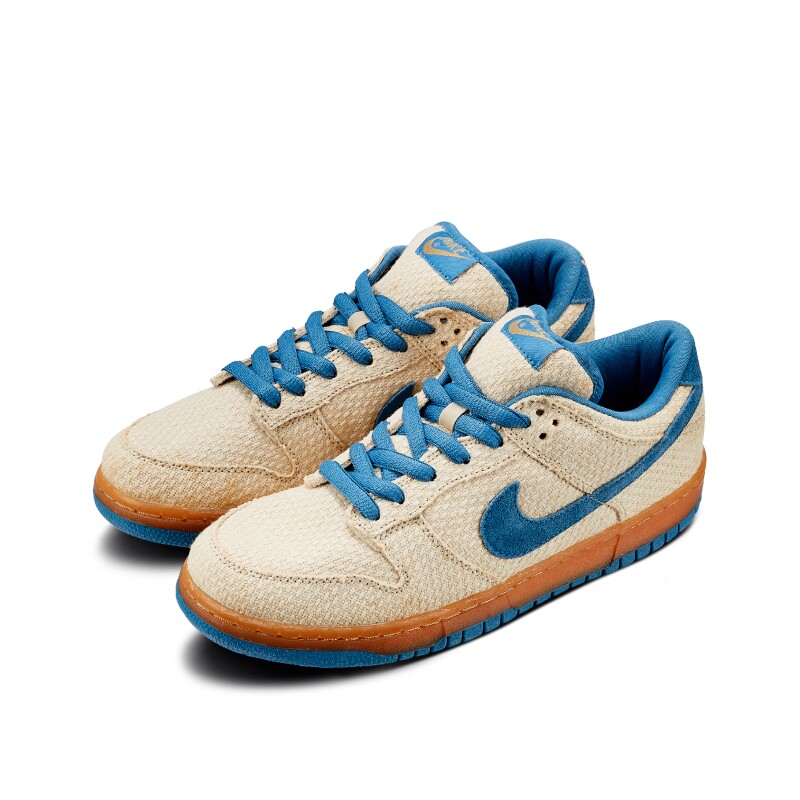 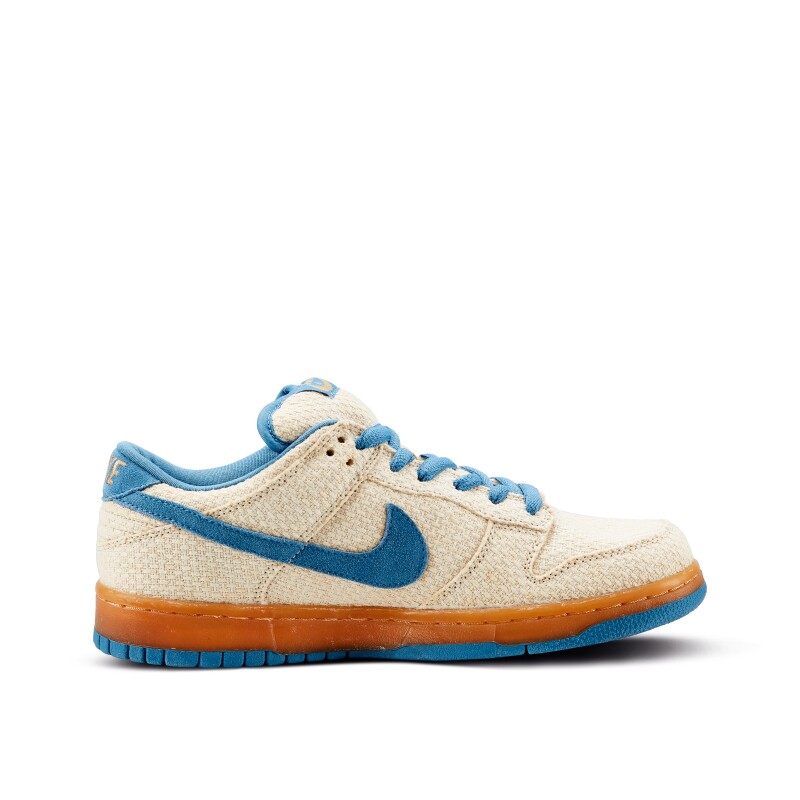 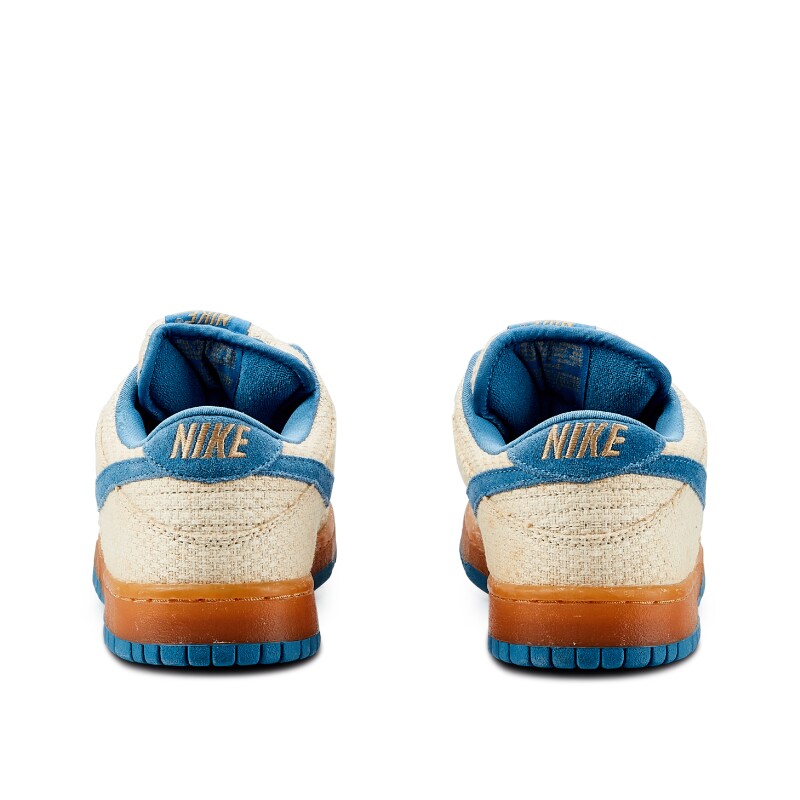 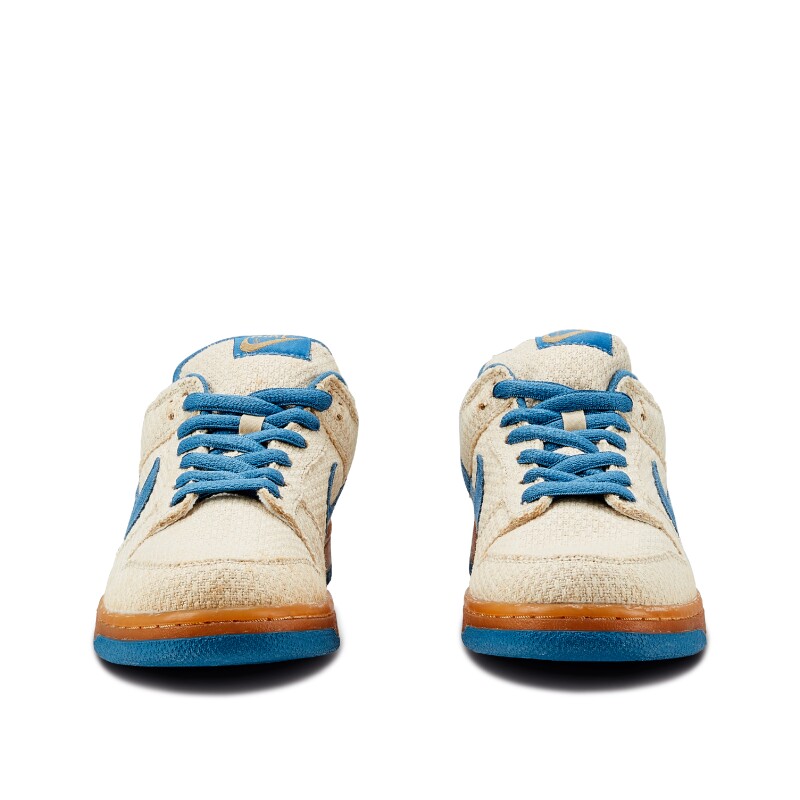 For the first time, the brand created a shoe with a full hemp upper as opposed to the usual textiles used on Nike SBs of the time. The design team also experimented with a unique gum midsole, and an outsole that matched the color of the Swoosh. This particular pair features Cascade Blue detailing throughout.