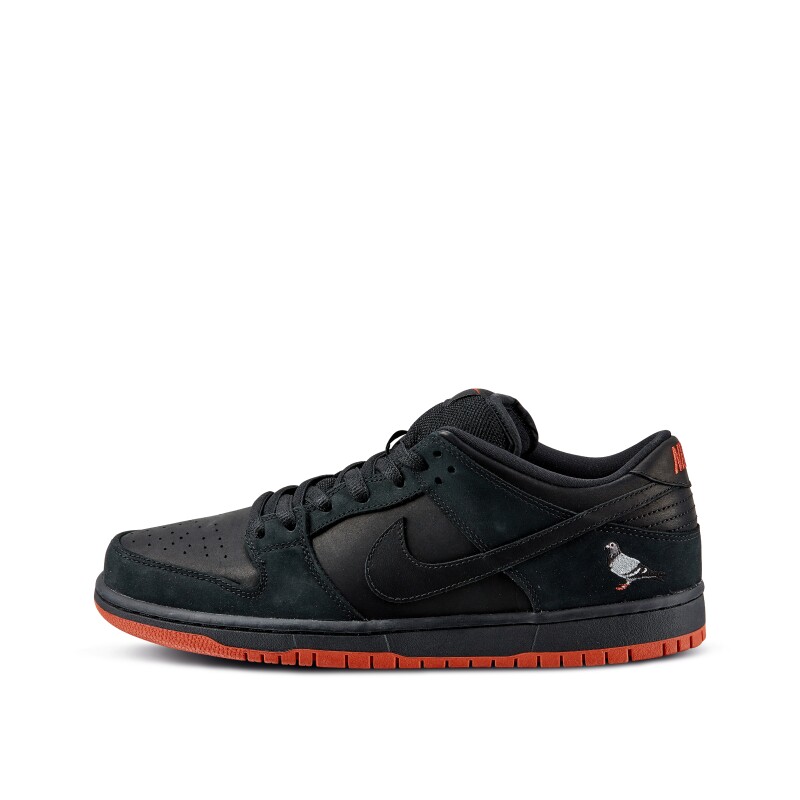 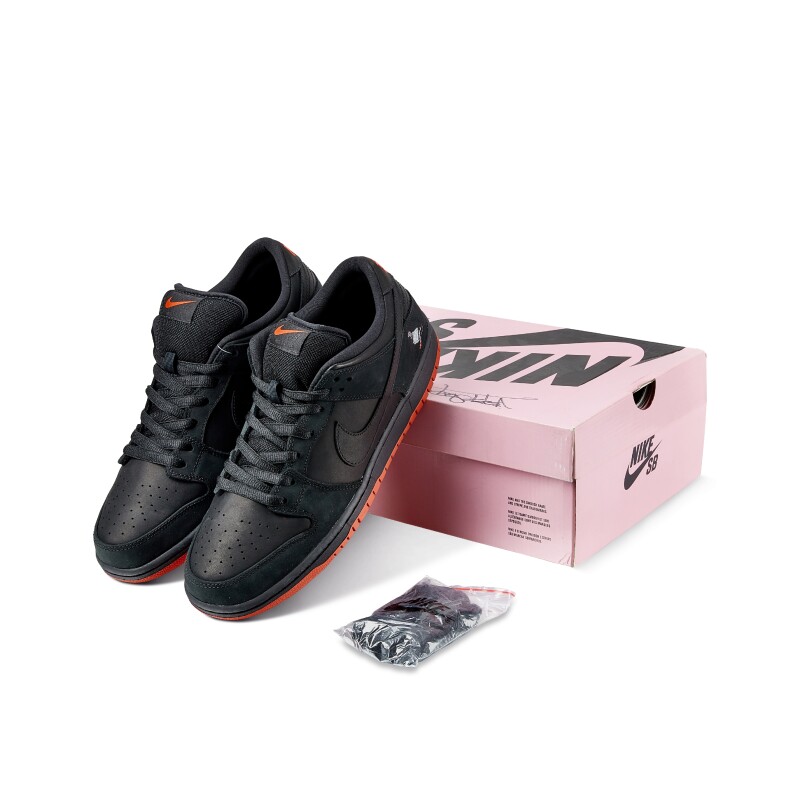 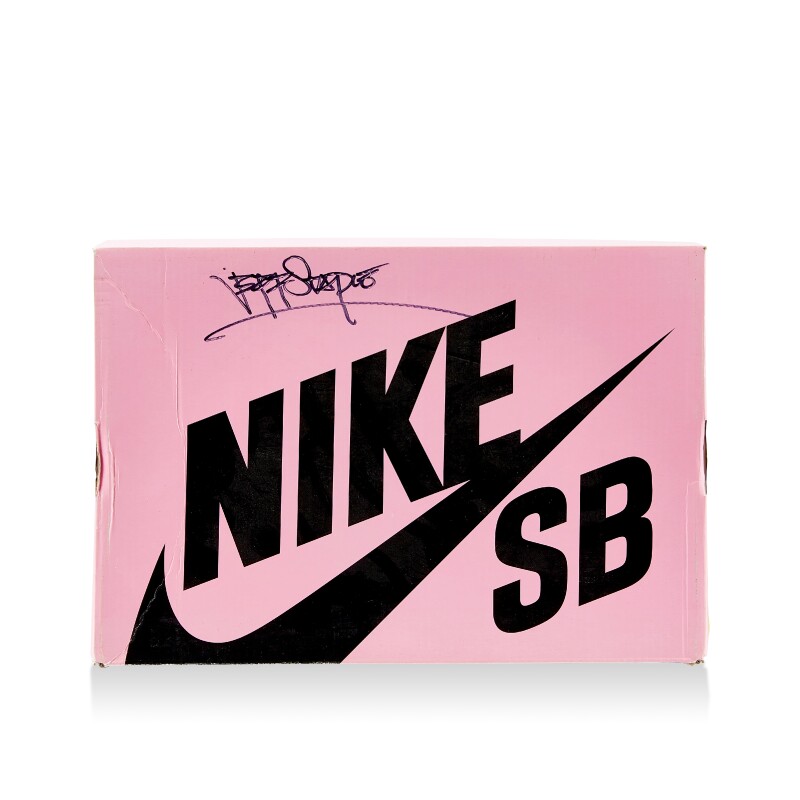 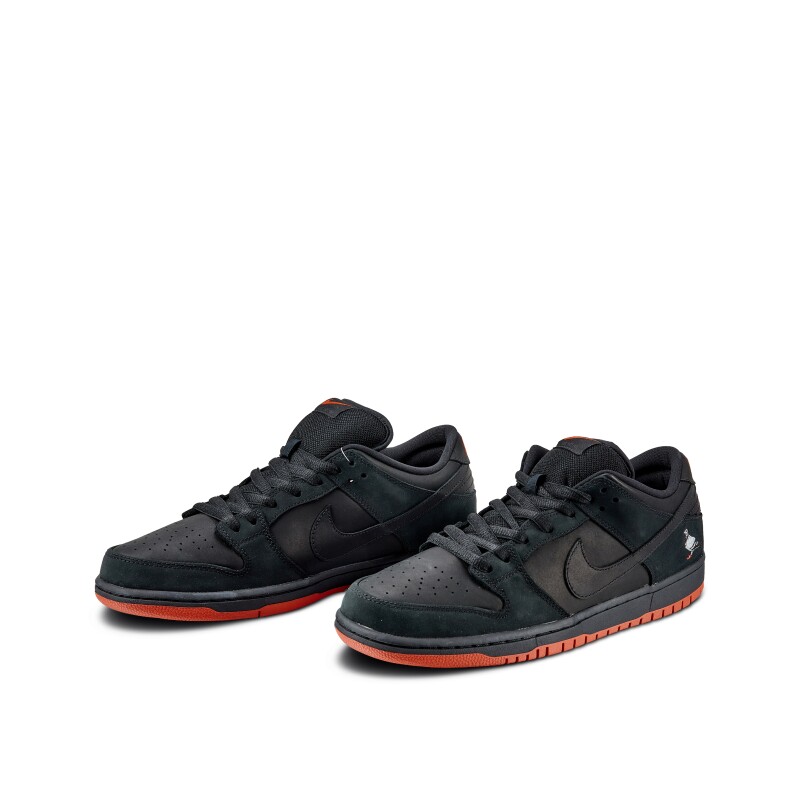 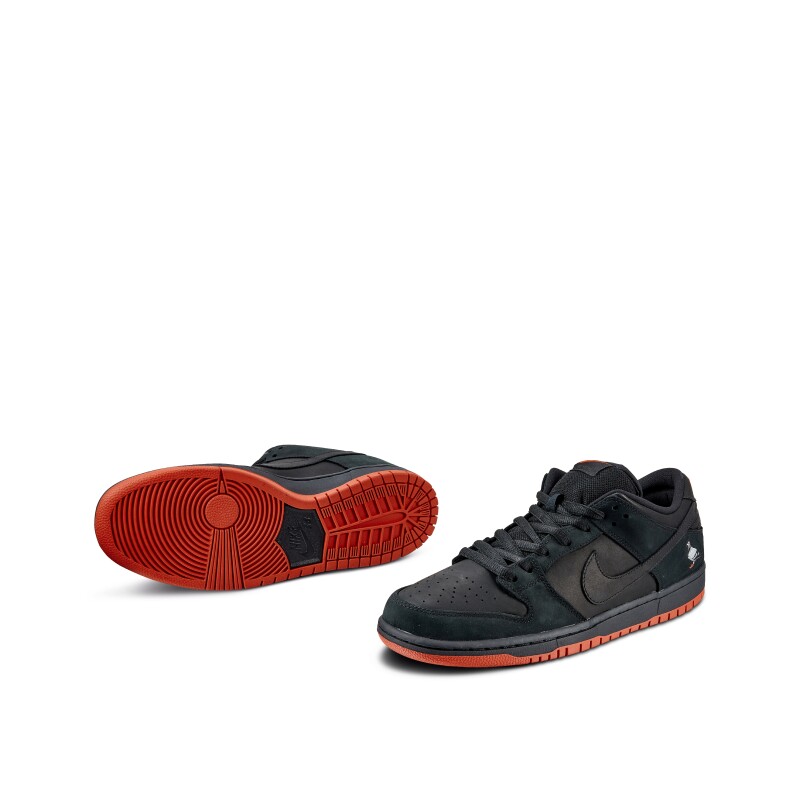 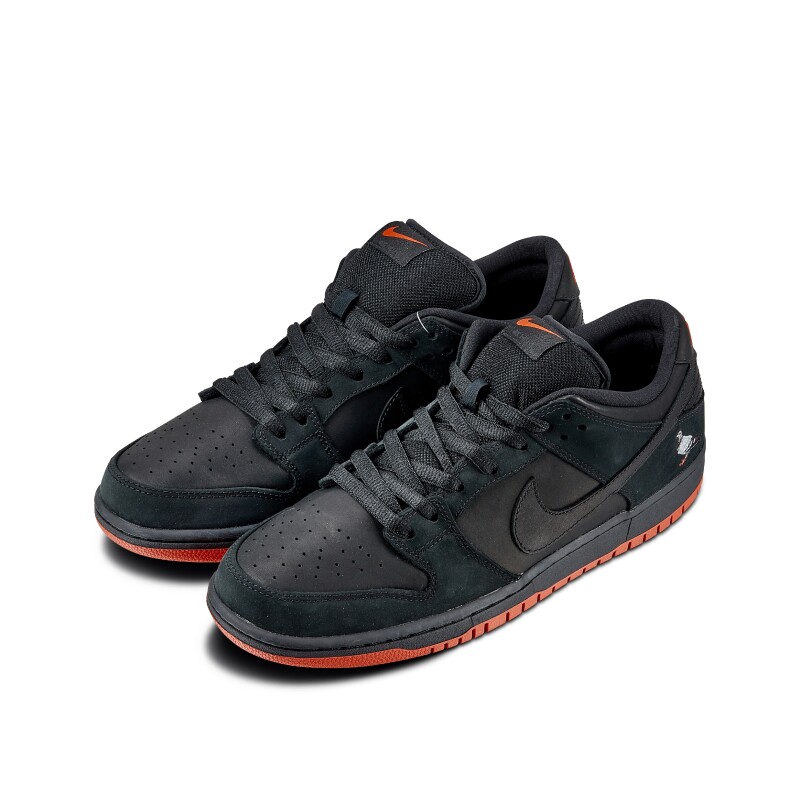 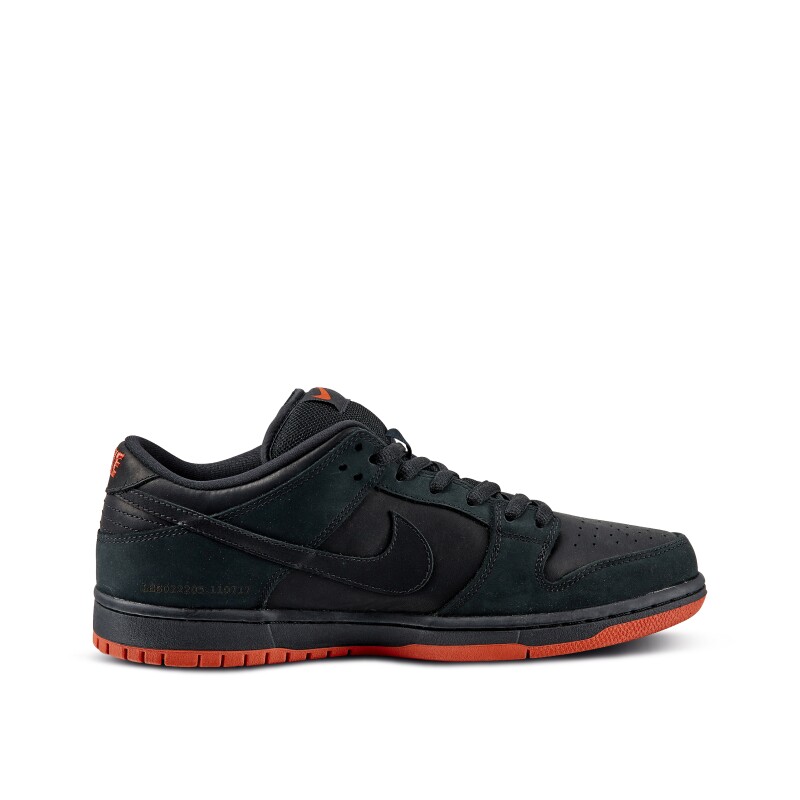 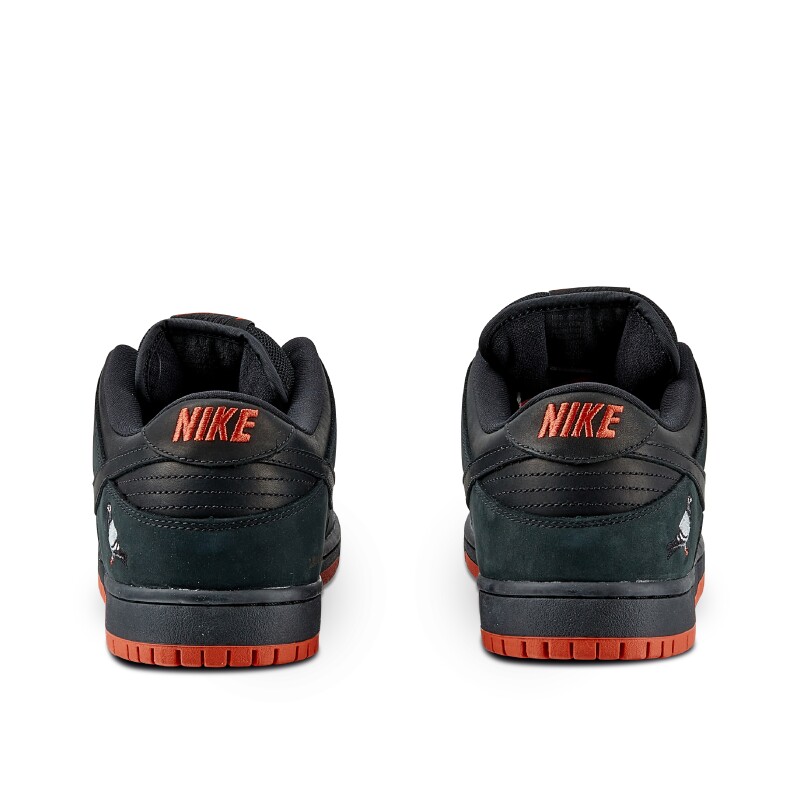 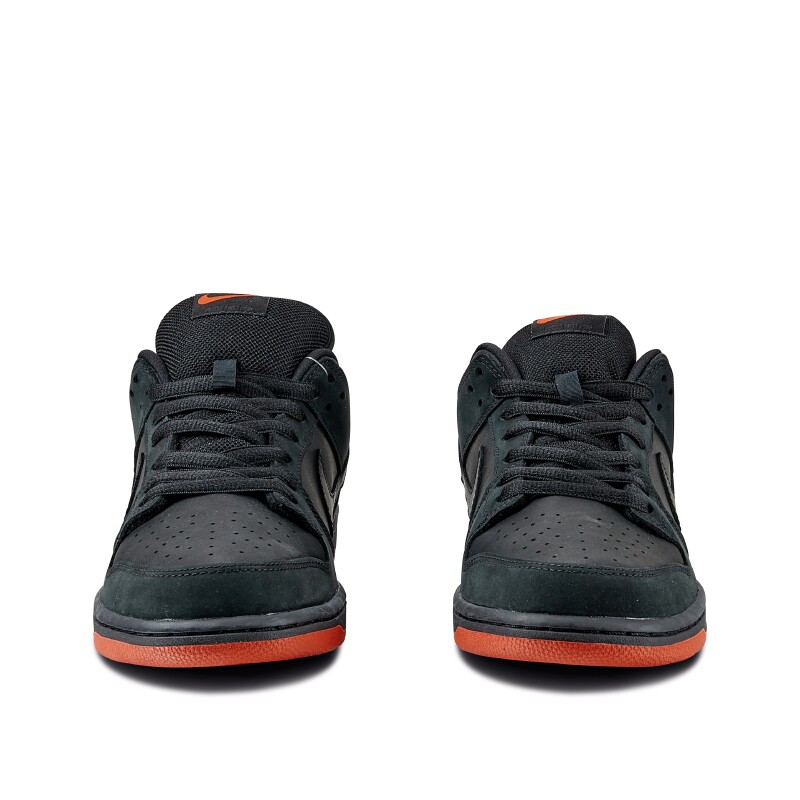 The Nike SB Dunk Low ‘Black Pigeon’ was released in 2017 to celebrate the 15th Anniversary of the SB Dunk. Inspired by the original Pigeon colorway released in 2005, this sneaker was perhaps one of the wildest Nike drops in history. When release day came for this pair, a line formed outside of Reed Space, Jeff’s Lower East Side storefront. The crowd grew so large that the New York City Police were called to keep things in order and make sure that lucky purchasers were able to get home safely. The attention on the release made the cover of the New York Post, and to this day, remains an extraordinary example of the power of streetwear hype. The Black Pigeon revisits this first, 15 years later, to pay homage to a mountainous event in sneaker history.

The shoe features a black upper with the iconic Pigeon orange highlights, found at the outsole, heel and tongue. At the heel, you can find the now famous pigeon embroidered logo and a laser engraving. This shoe is made even more unique with a box that is signed by Jeff Staple, making it a true collector’s item.

Box is signed by Jeff Staple in black marker.