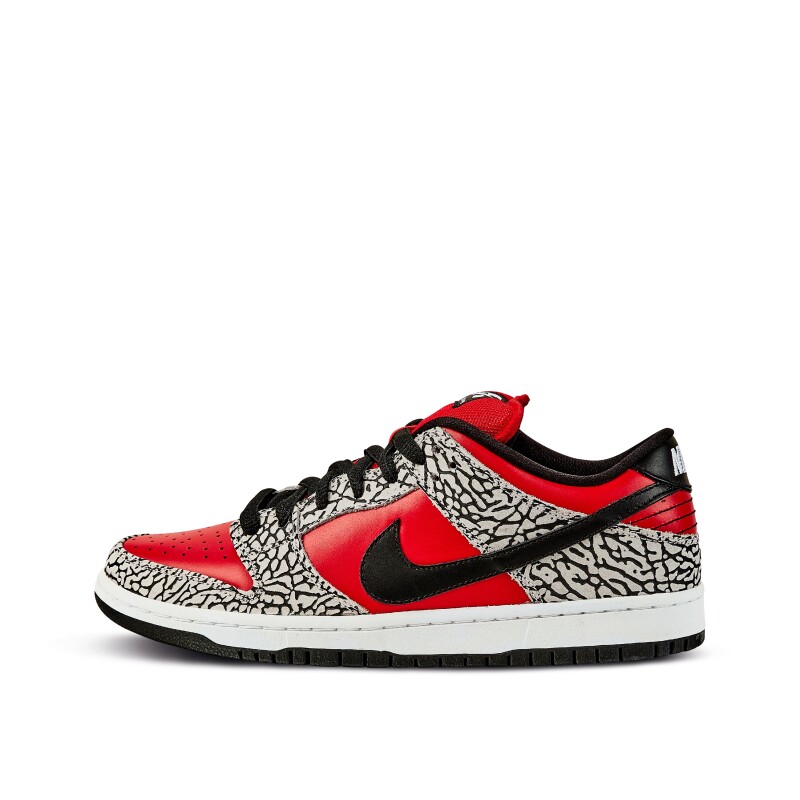 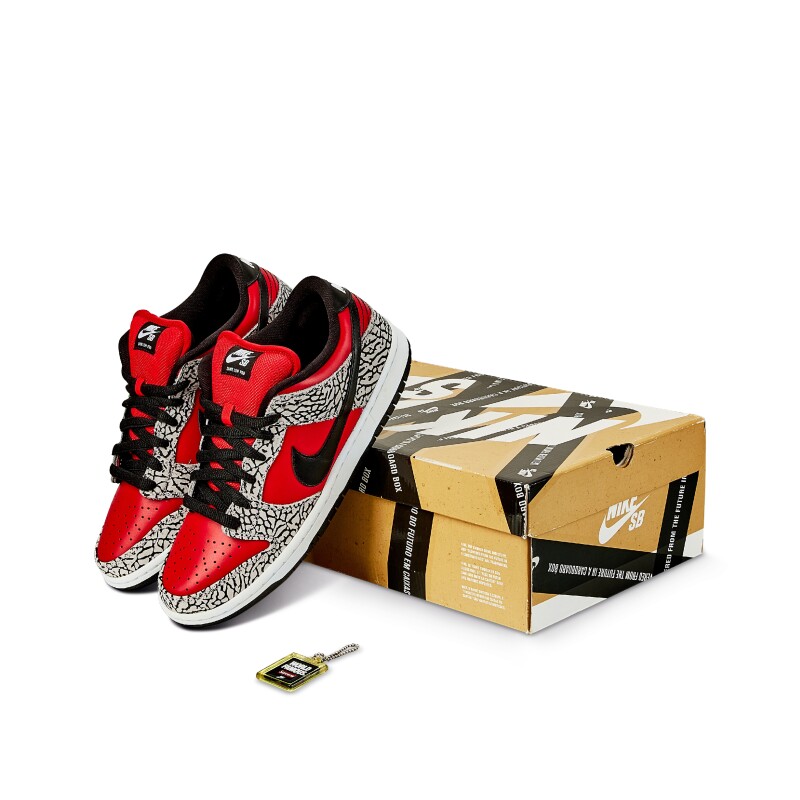 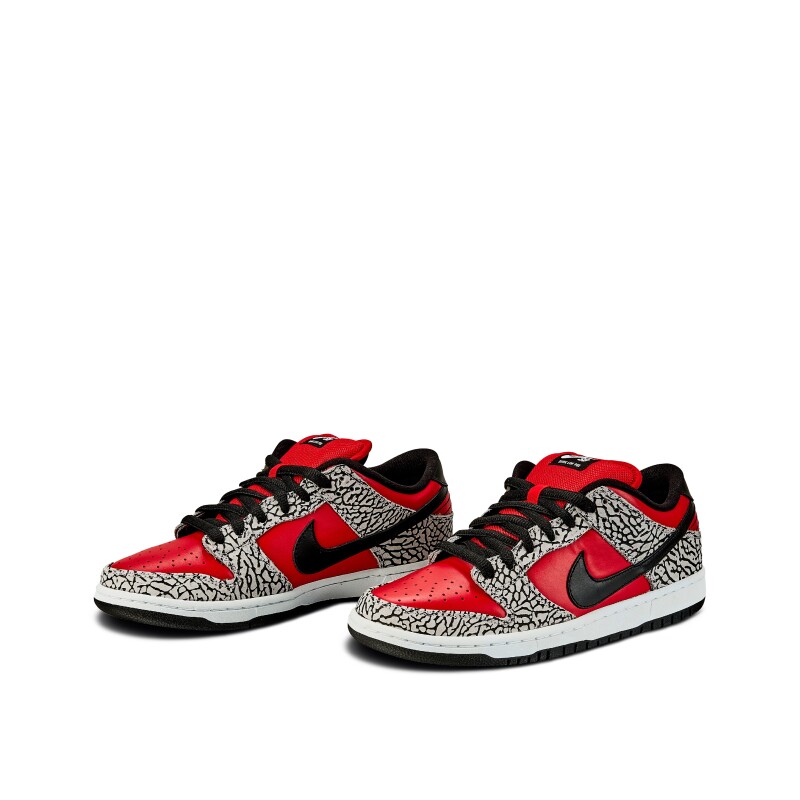 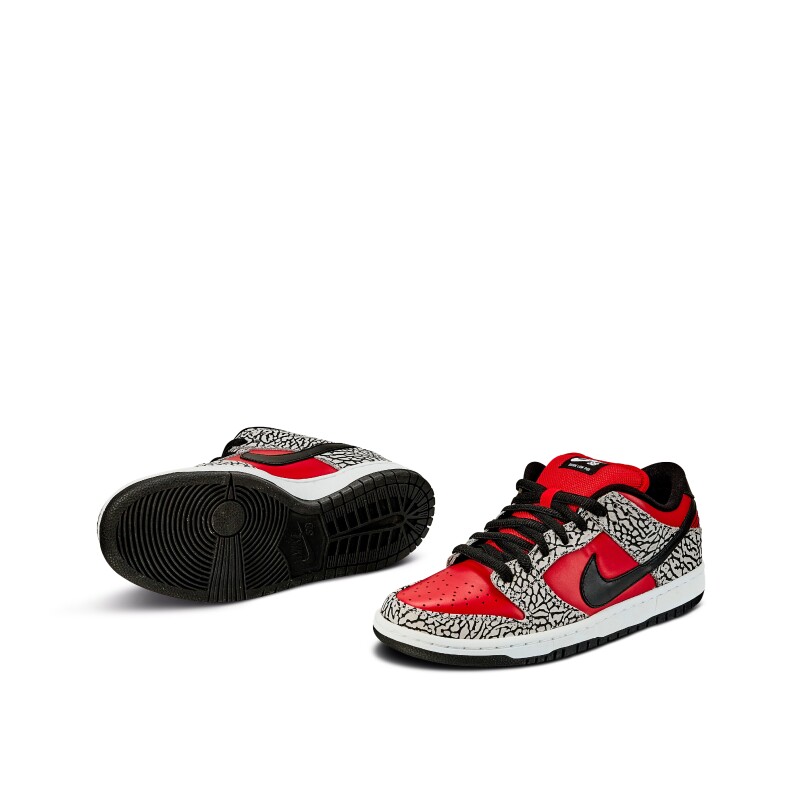 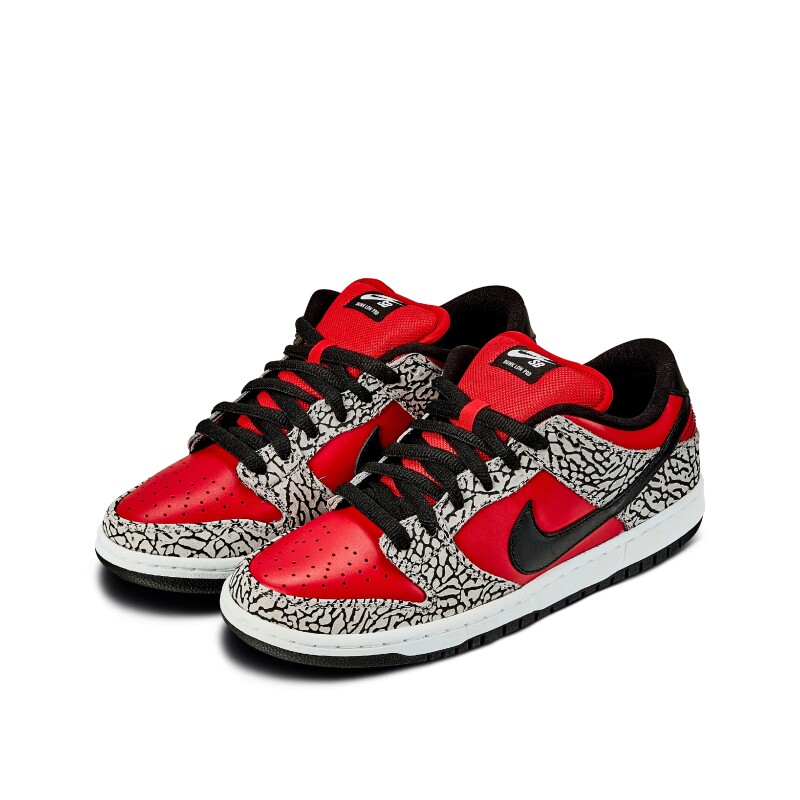 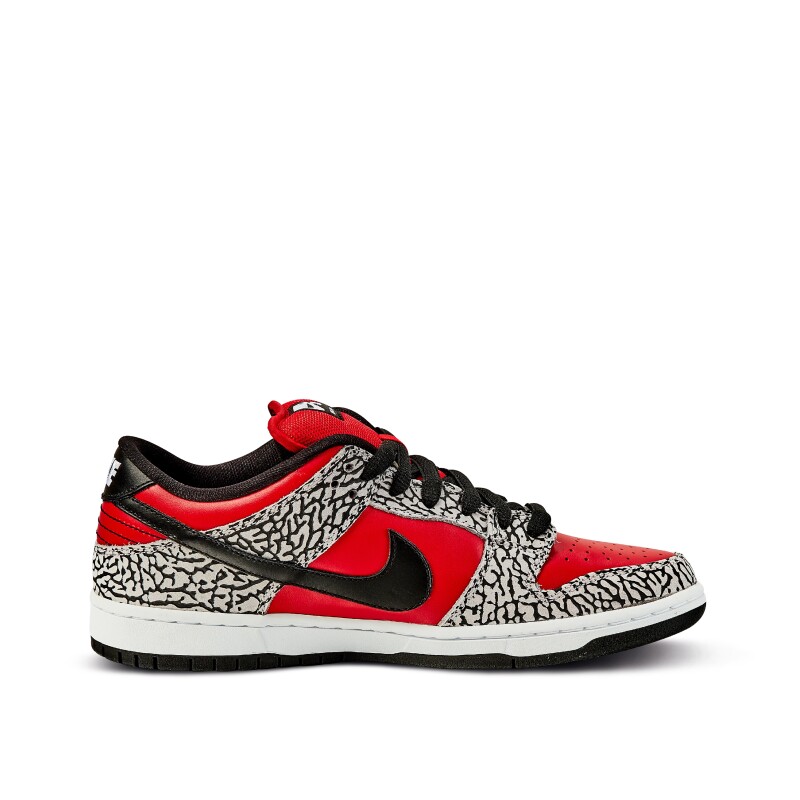 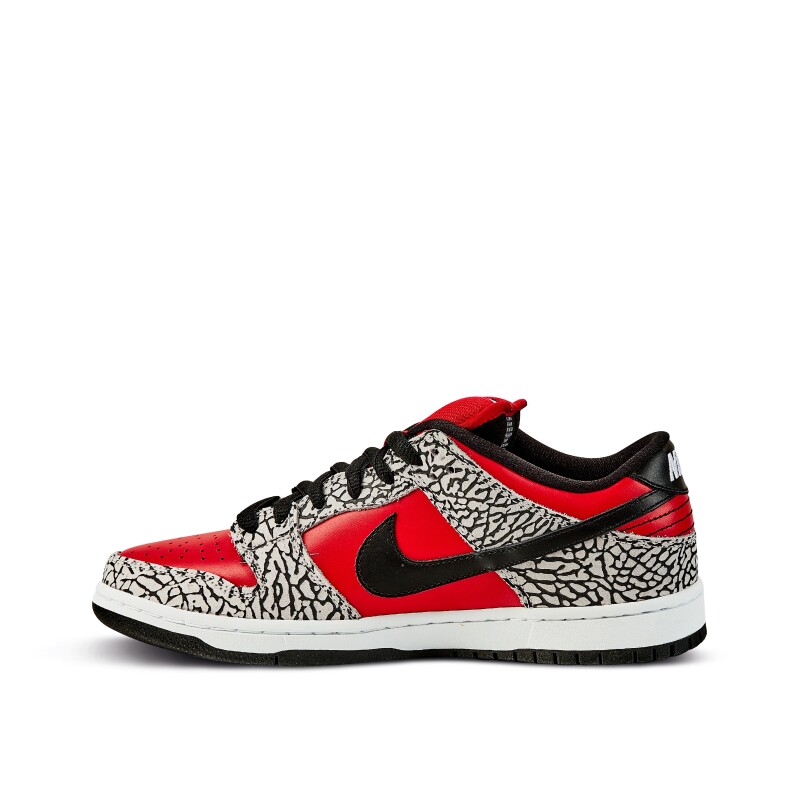 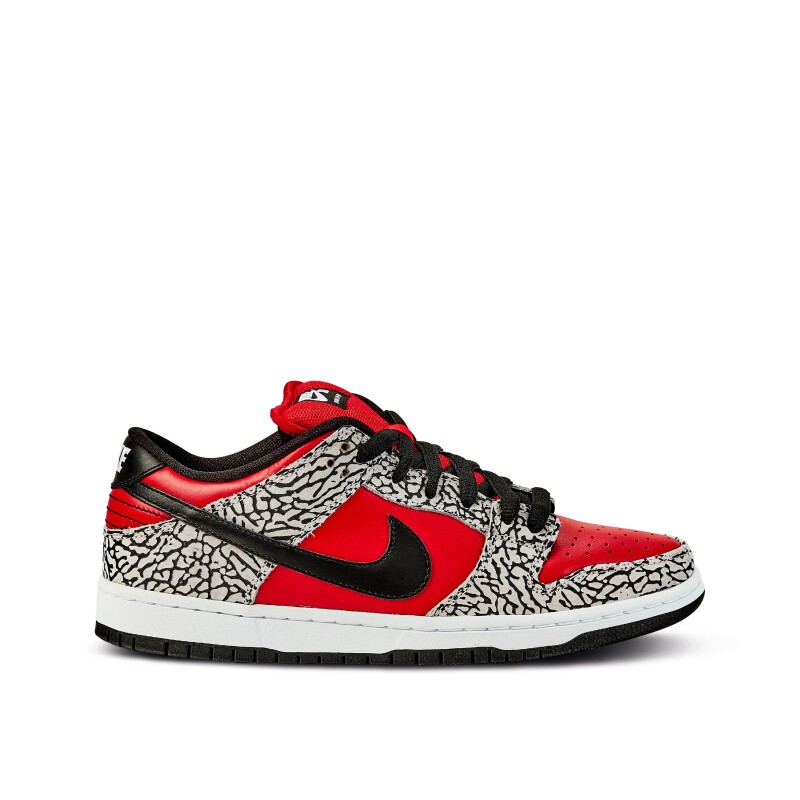 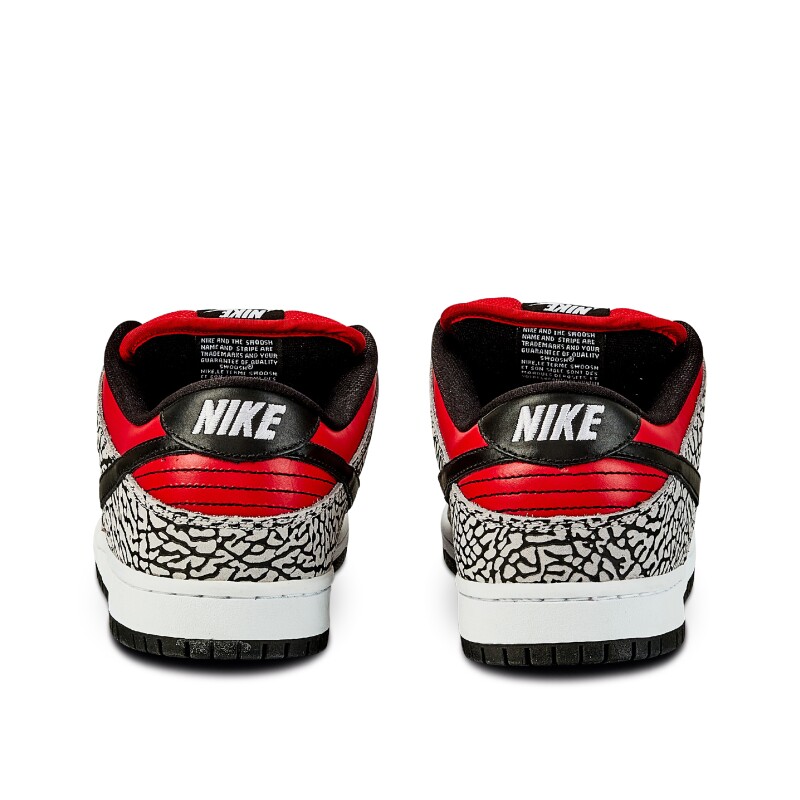 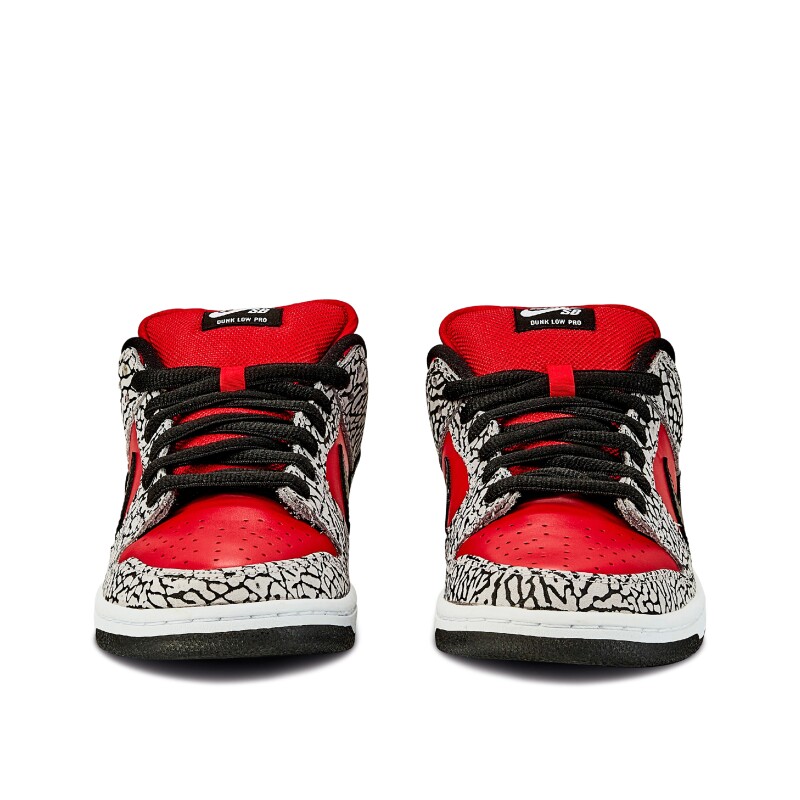 The original Nike SB Dunk Supremes were released exclusively at Supreme stores in New York and Japan, the only Supreme locations at the time. Supreme’s expansion in 2012 allowed the retailer to release the "Red Cement" edition in Los Angeles, London, New York and Tokyo, though still in very limited quantities.

Oxidation on plastic of keychain accessory due to age.