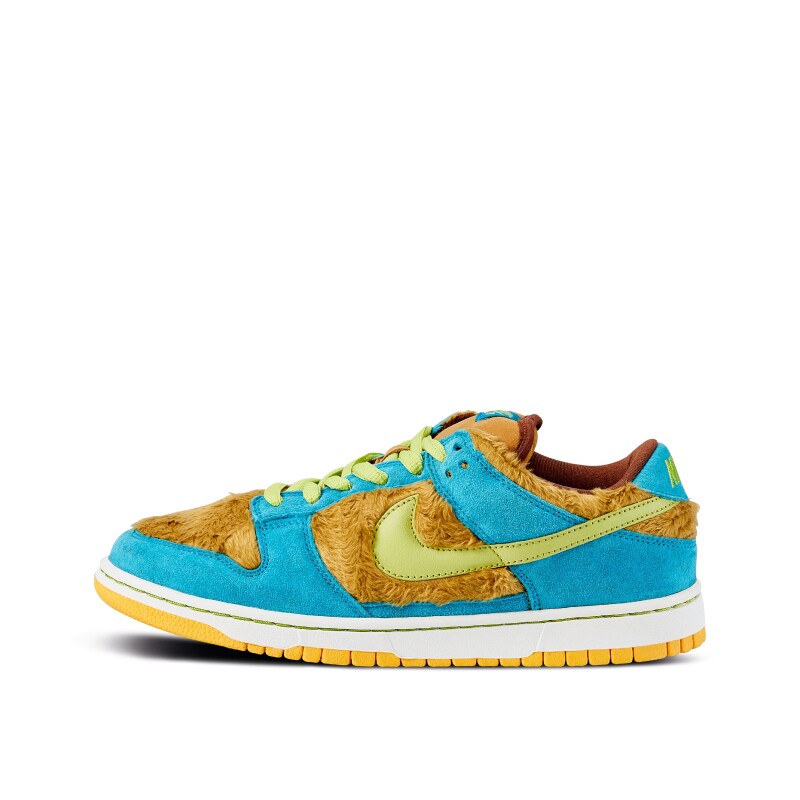 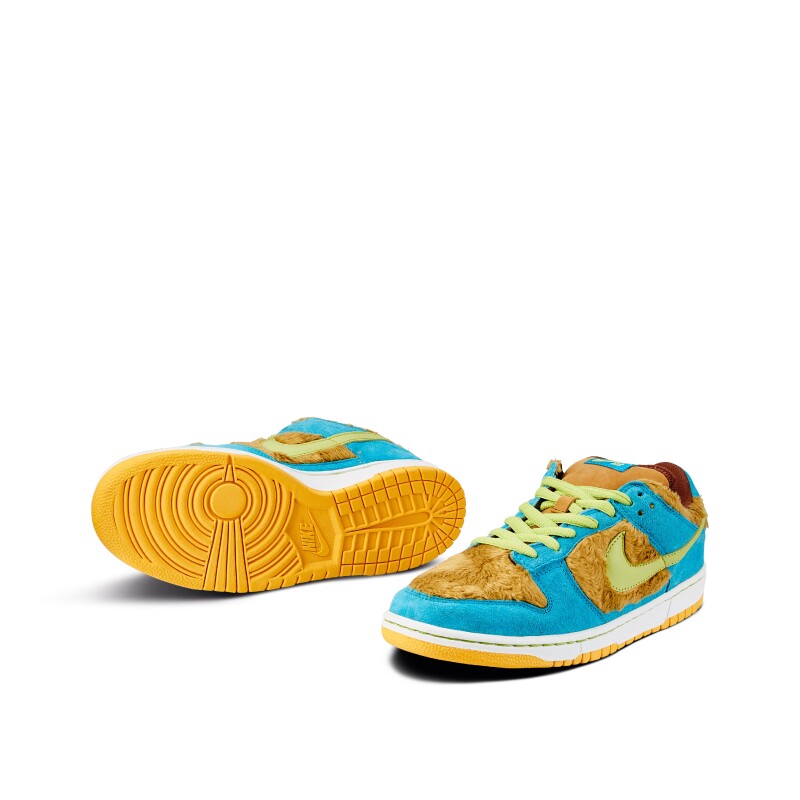 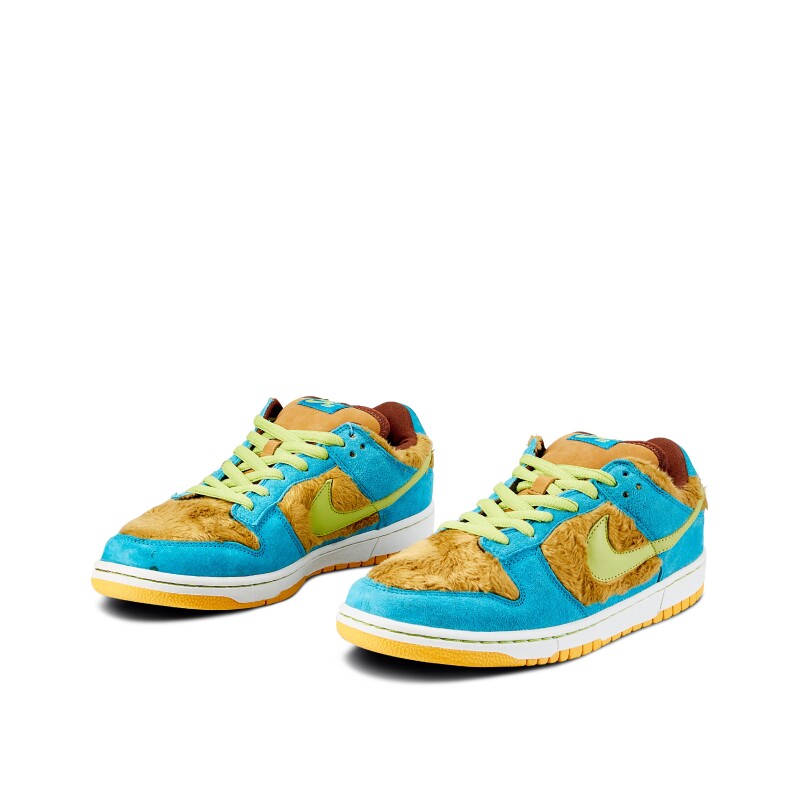 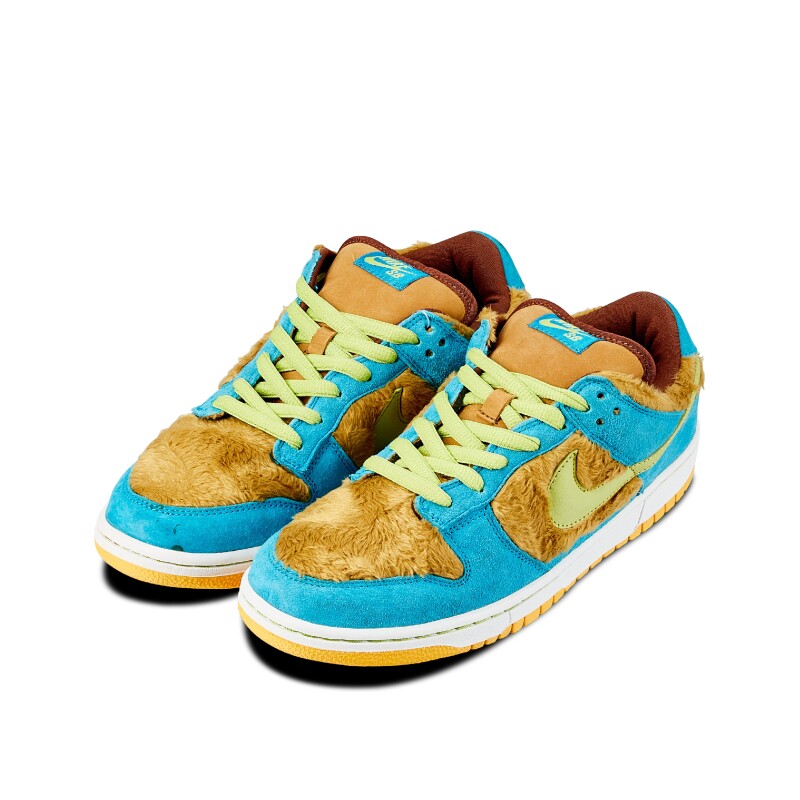 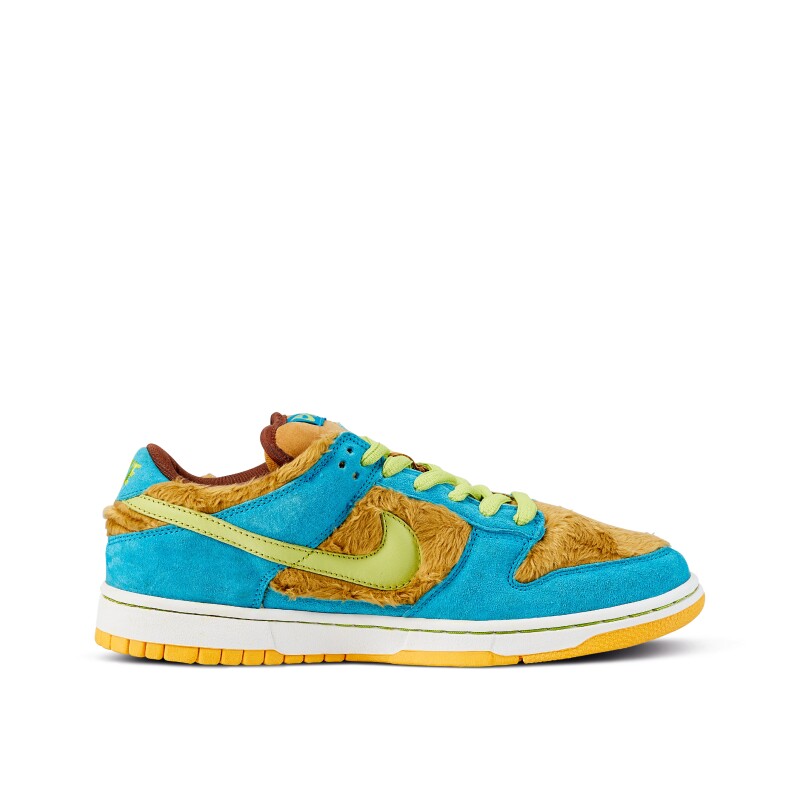 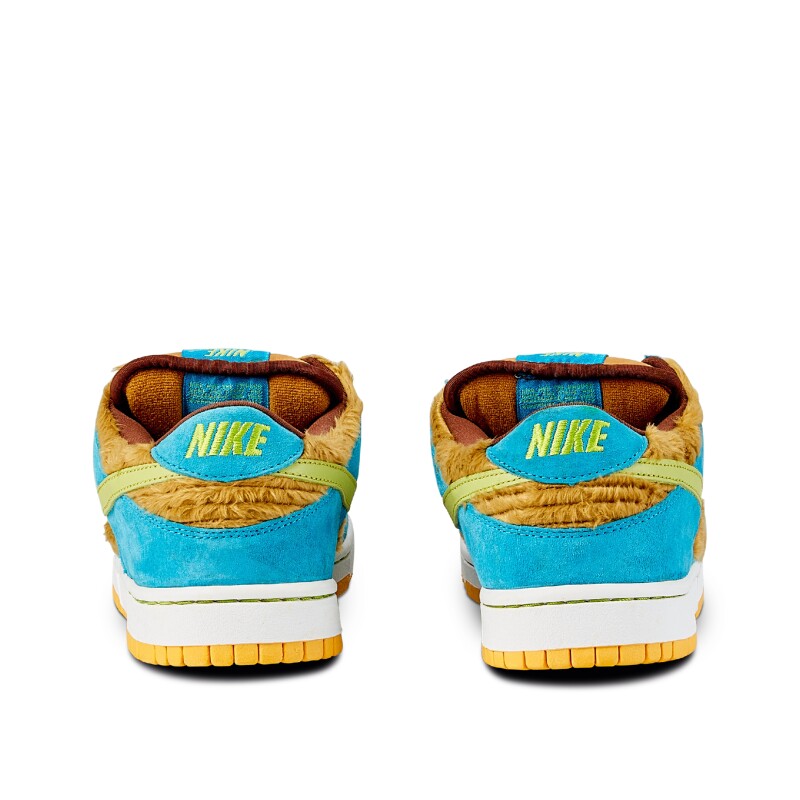 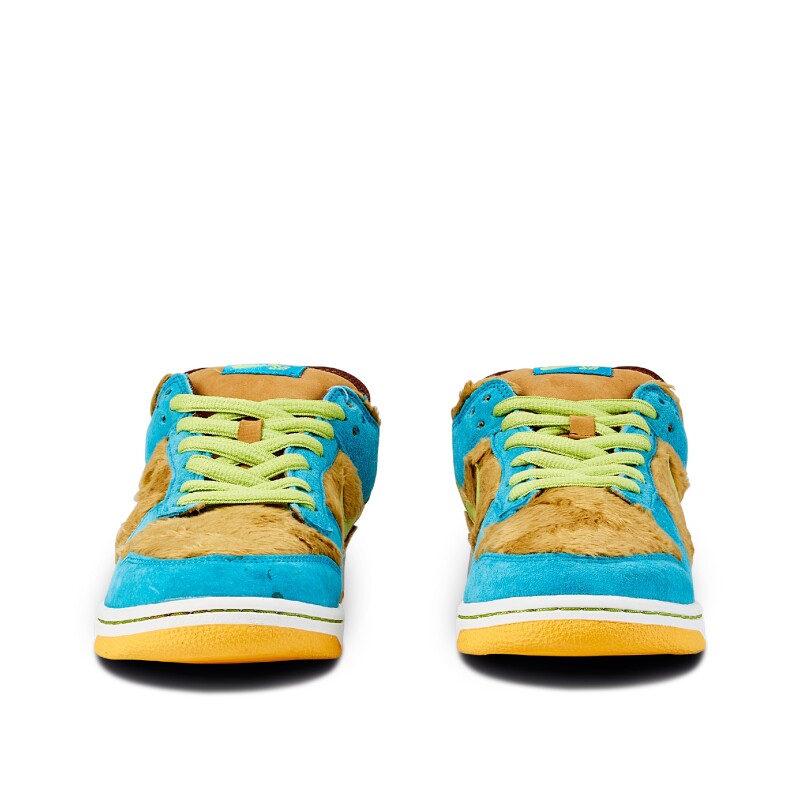 In 2006, Nike revisited the age-old fairytale of Goldilocks and the Three Bears, releasing a Dunk trio based on the story. The Nike SB design team went above and beyond with the "Three Bears Pack" to “mirror the cast and coat” of the popular tale.

Of the three Dunk pairs released – a high, a mid and a low – this low pair was nicknamed the "Baby Bear," a play on the Baby Bear character in the story. Most striking is the use of a shaggy, soft faux fur, which mimics that of a bear, alongside contrasting blue panels. The "Three Bears Pack" is also notable for having introduced the mid-cut to the SB line.