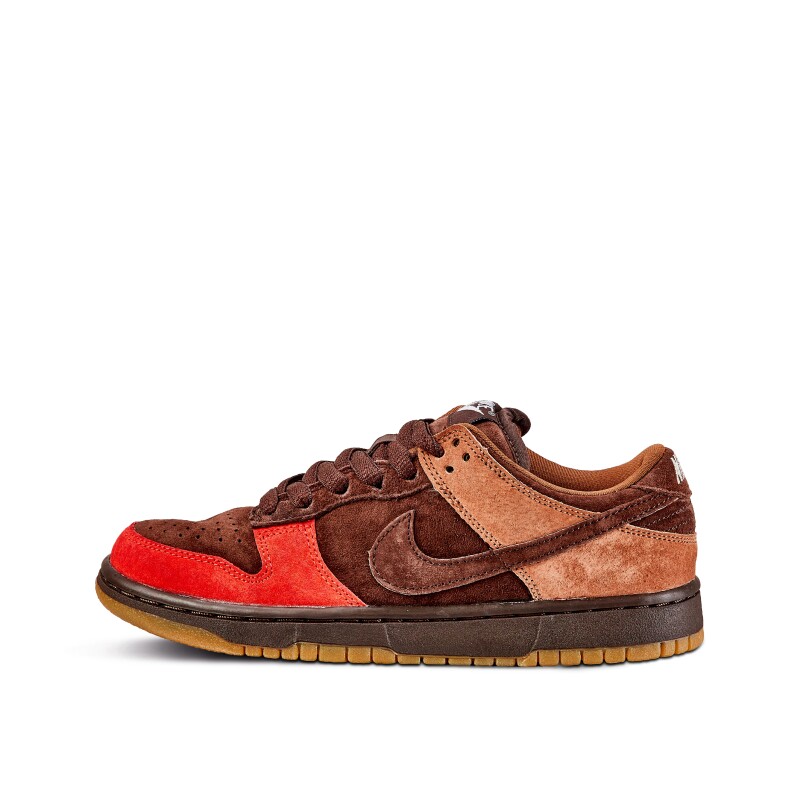 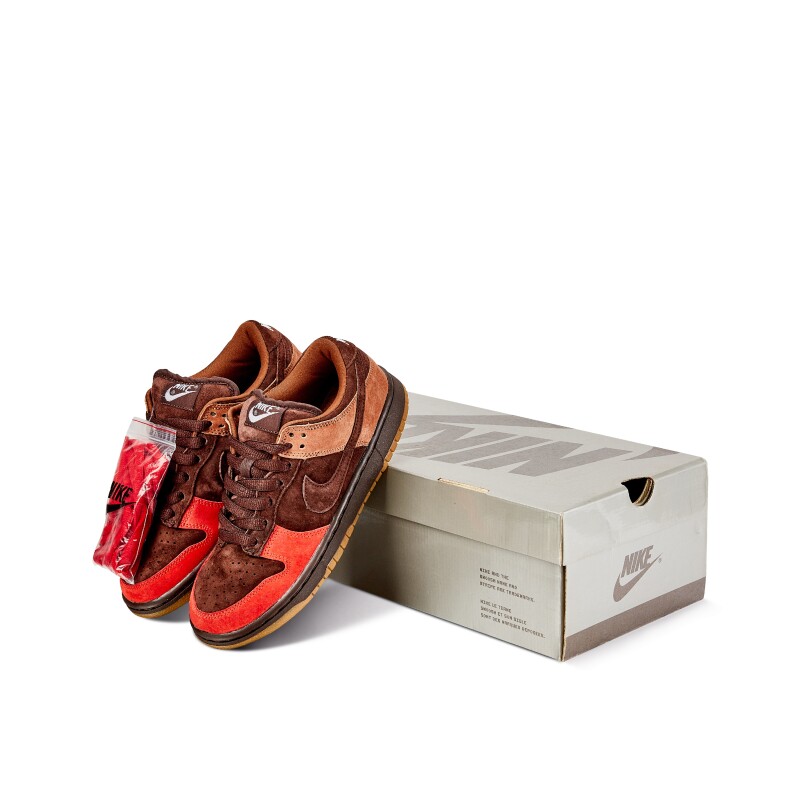 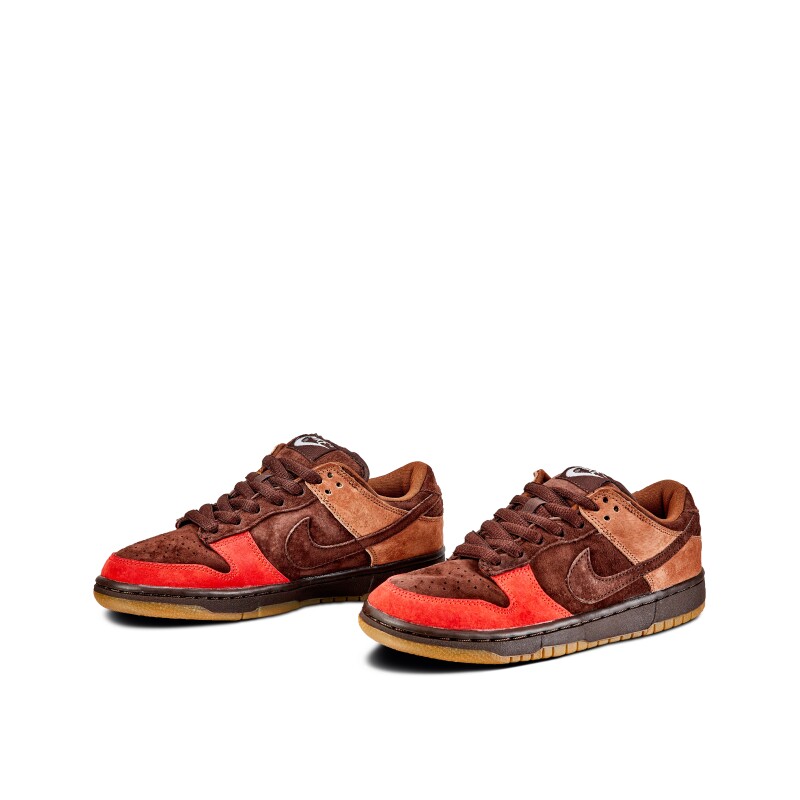 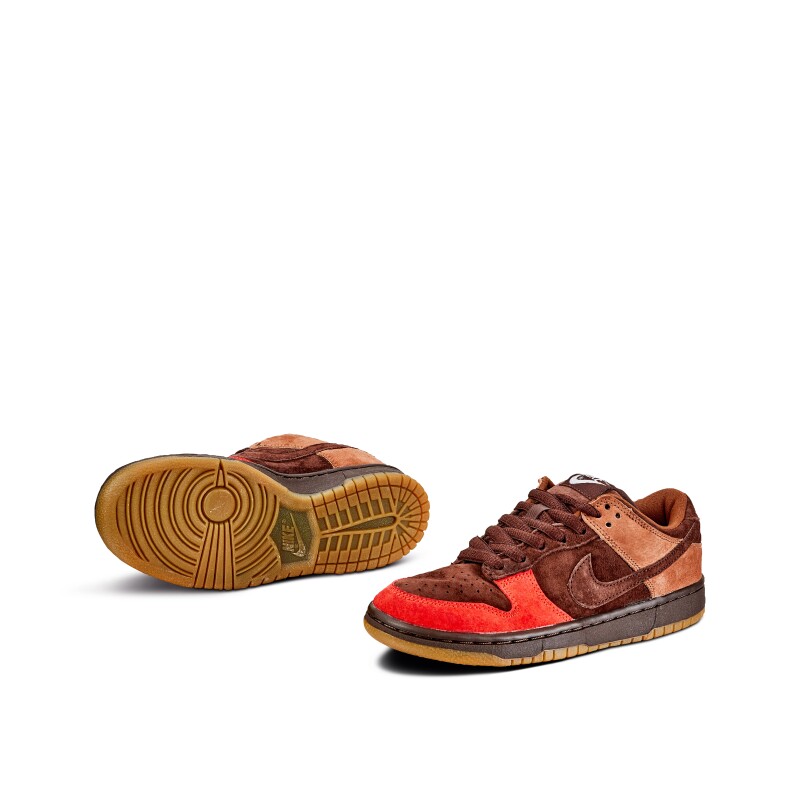 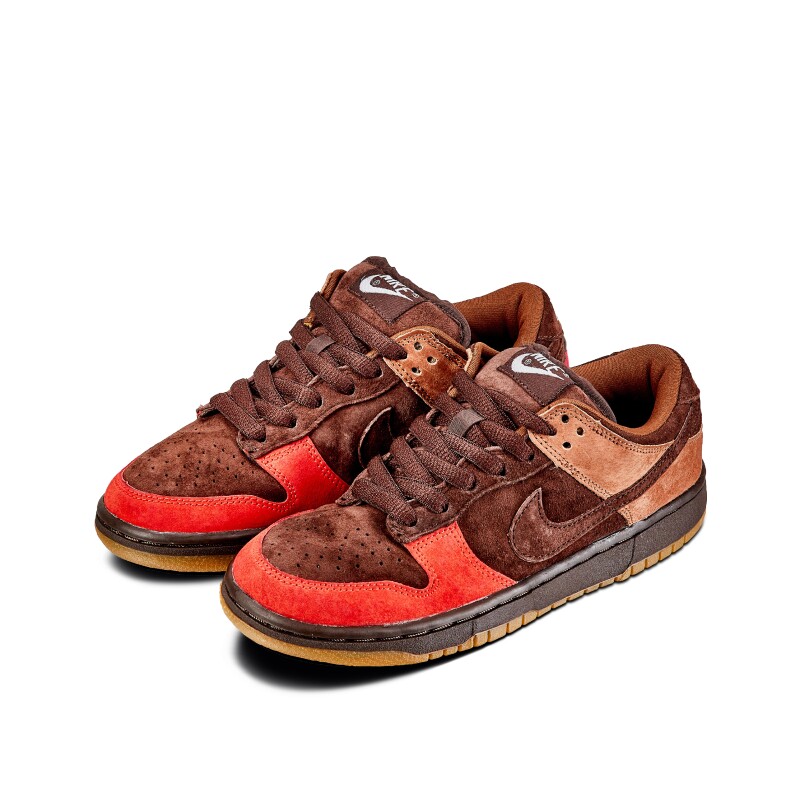 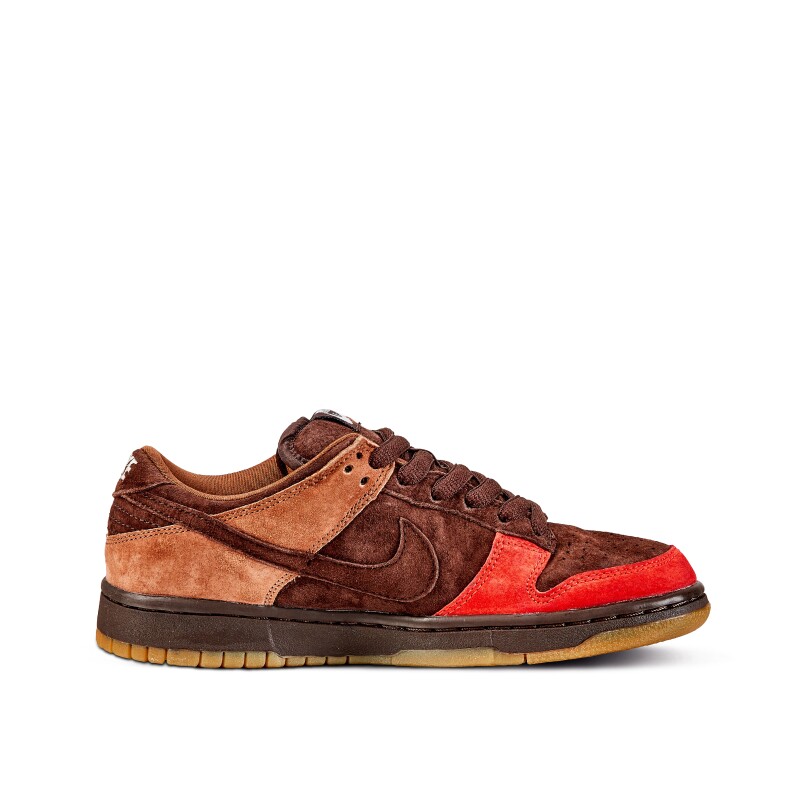 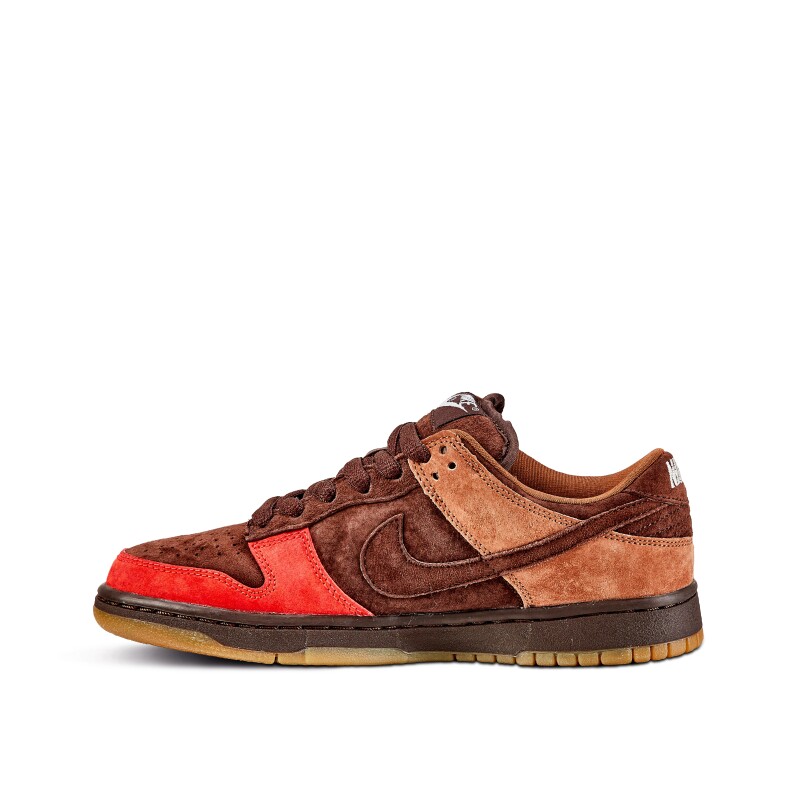 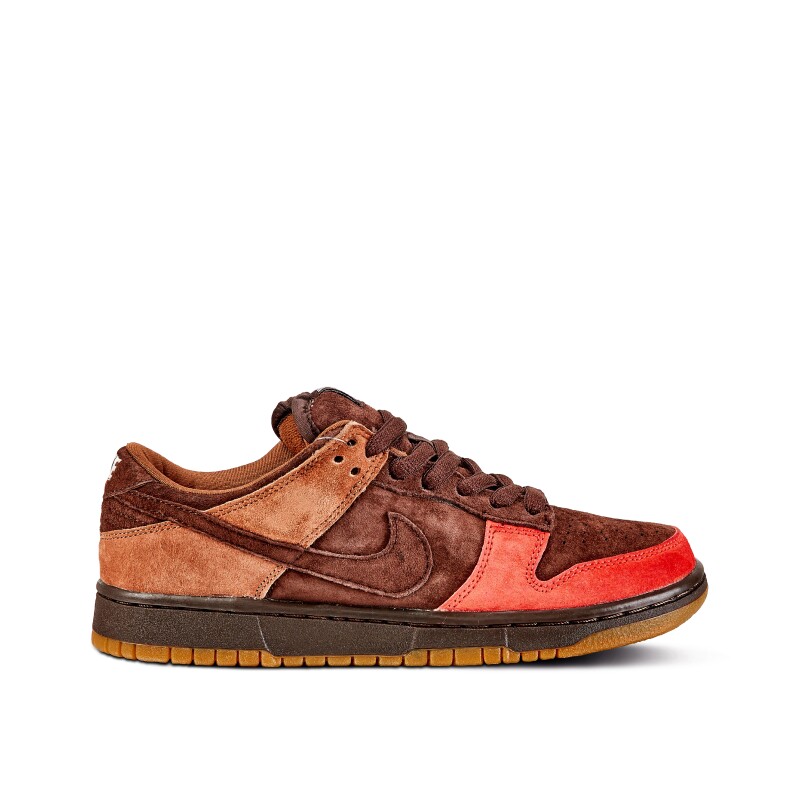 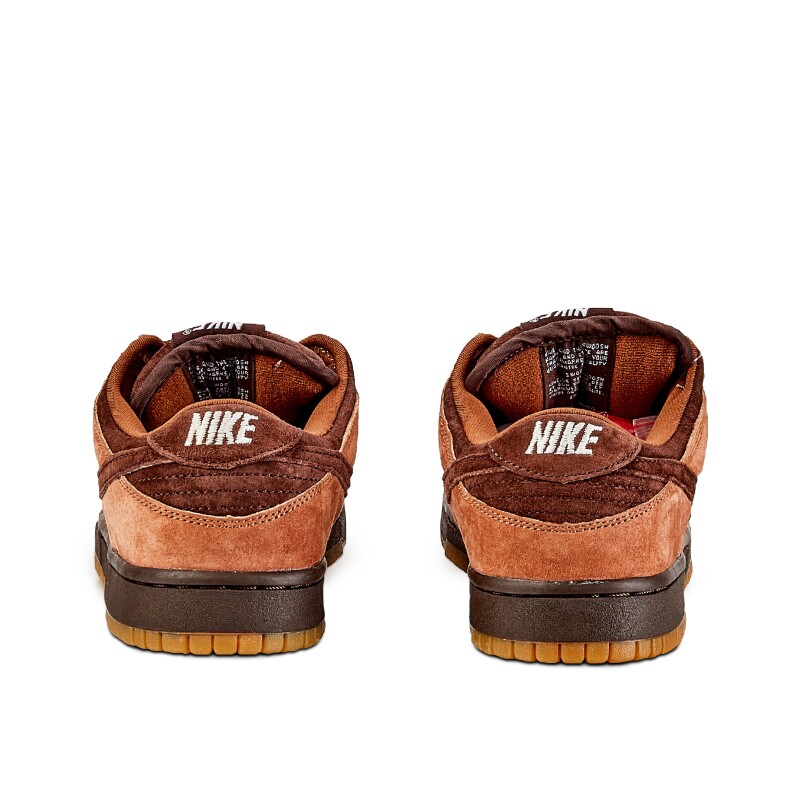 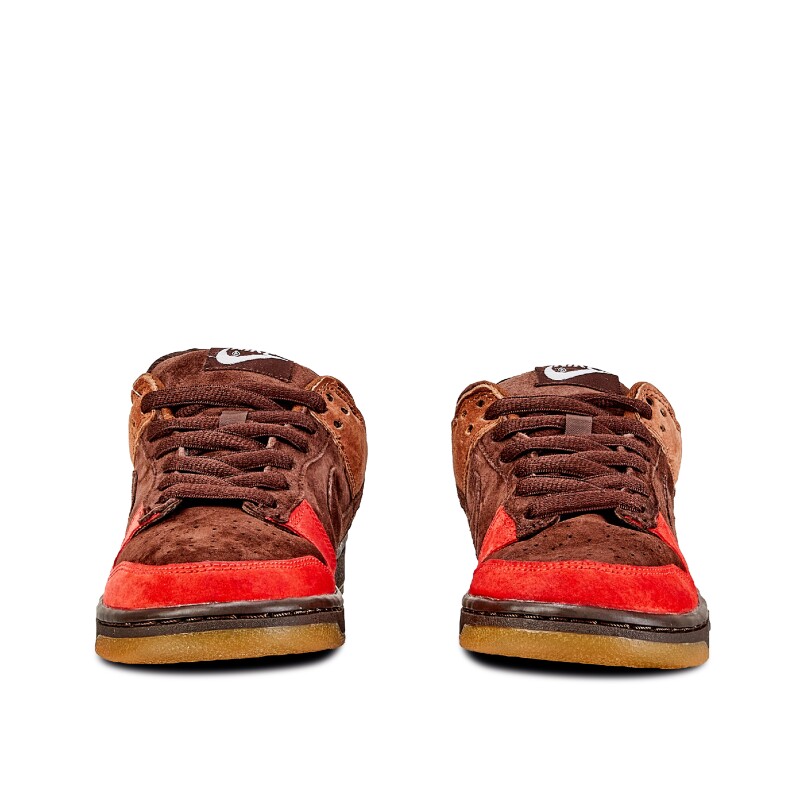 The Nike SB Dunk Low Pro "Bison" was released in 2003, which also marked the sophomore year of Nike SB and the debut of the silver box. The pair features a suede upper, with heels and side panels that consist of two different shades of brown. The toe box is wrapped with a contrasting bright red suede and finished with a dark brown midsole and classic gum outsole.

What sets Nike SB apart from other competitive brands is the unbridled creativity, collaborators, materials and whimsical highly thematic designs that define a generation of sneakerheads. Nike has explored hundreds of concepts – often with a sense of humor – through its Nike Dunks. From designs that range from beer bottles, to guitar cases, to horror films, jewelry, animals, arts and cities – the Dunks represent some of the most beloved and creative models for the brand.