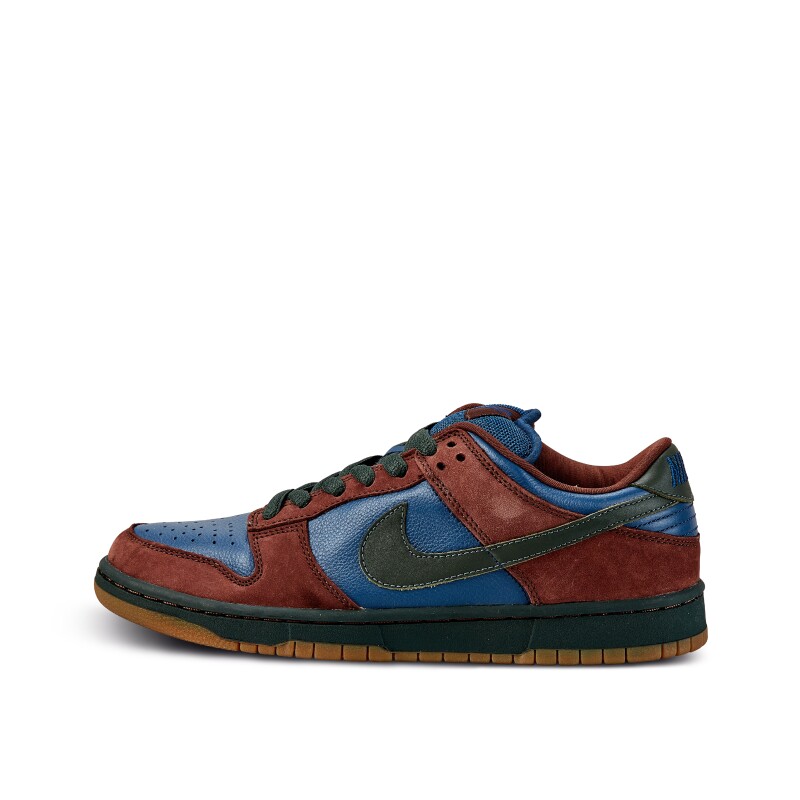 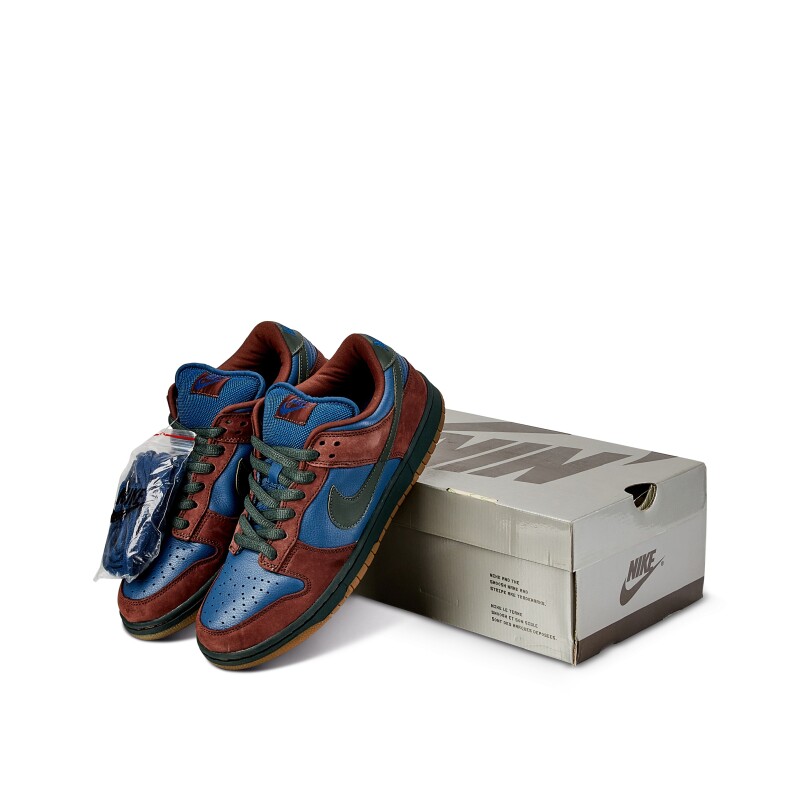 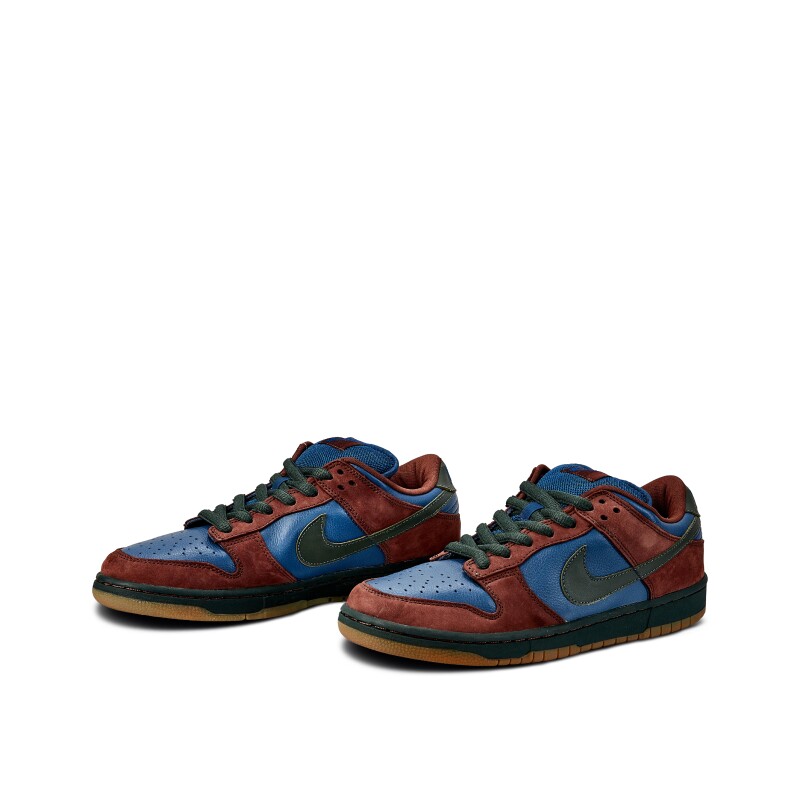 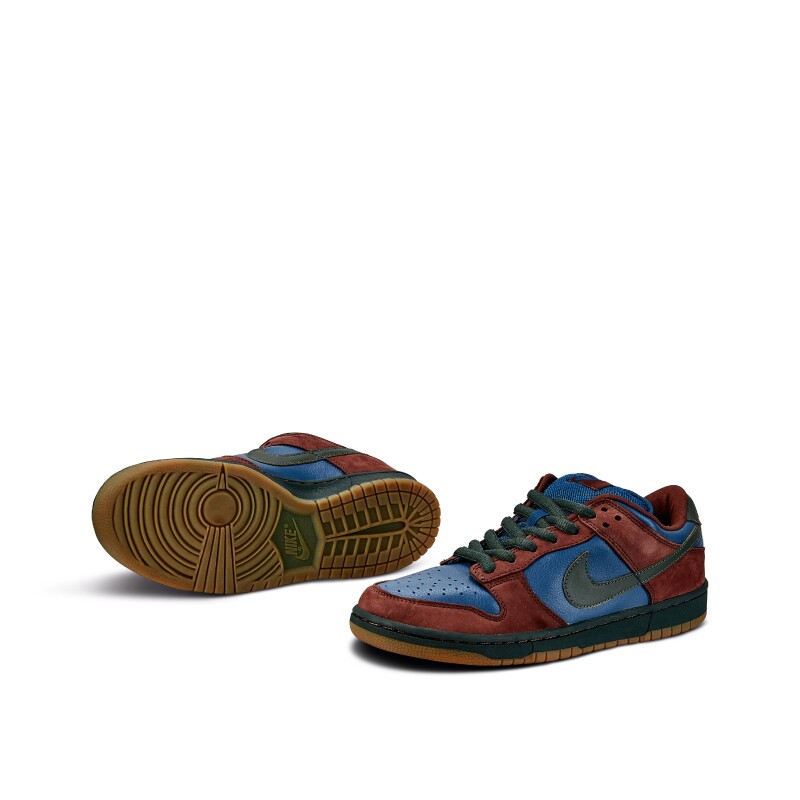 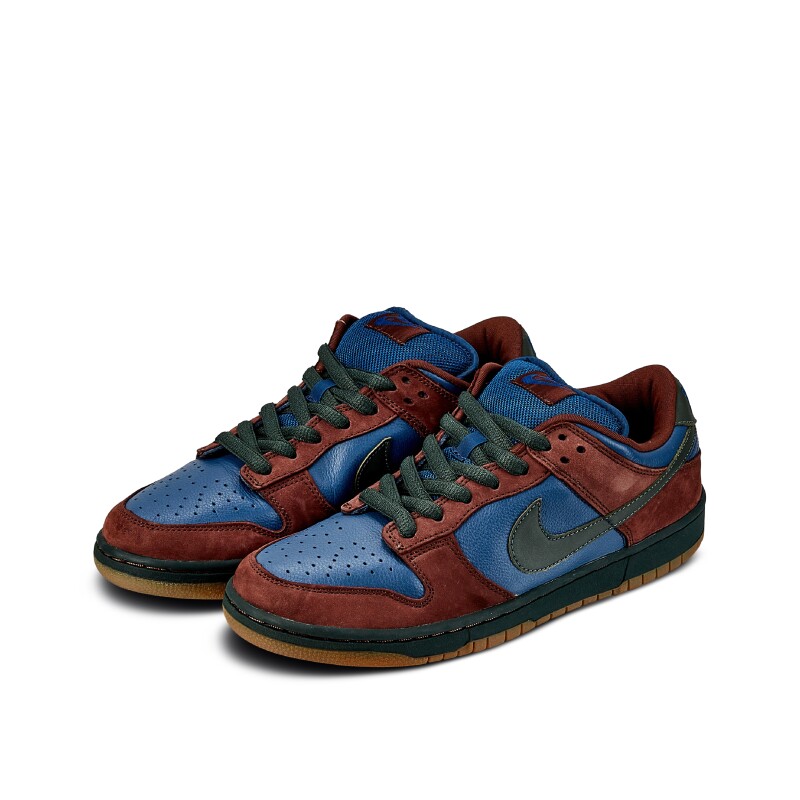 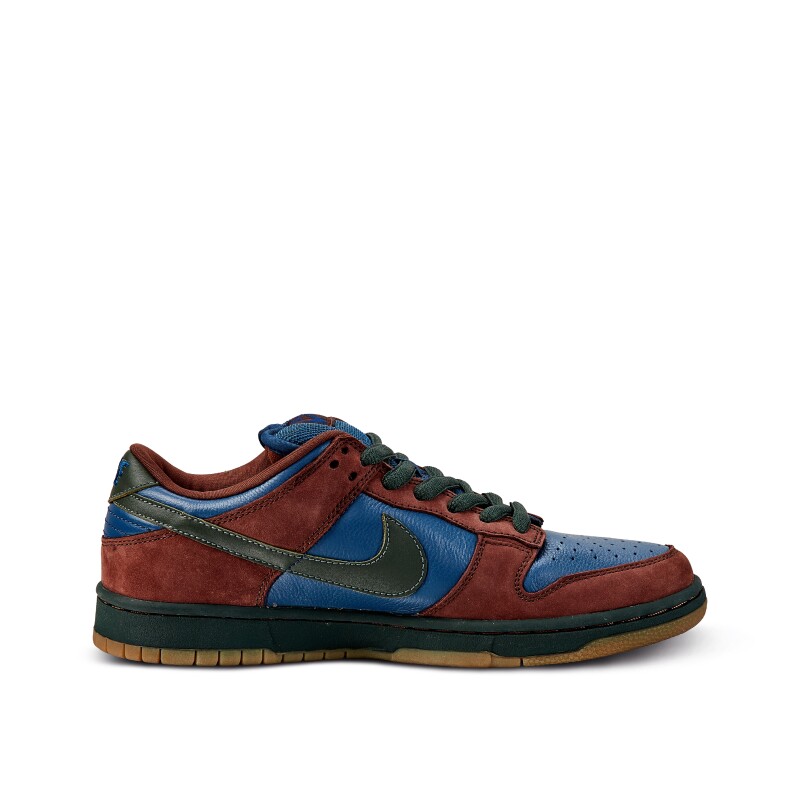 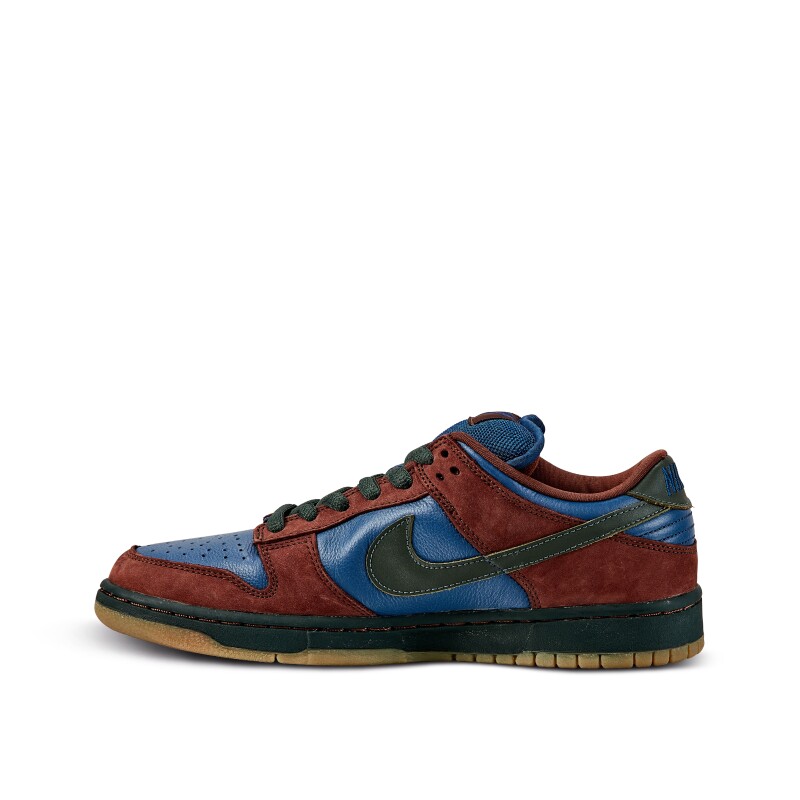 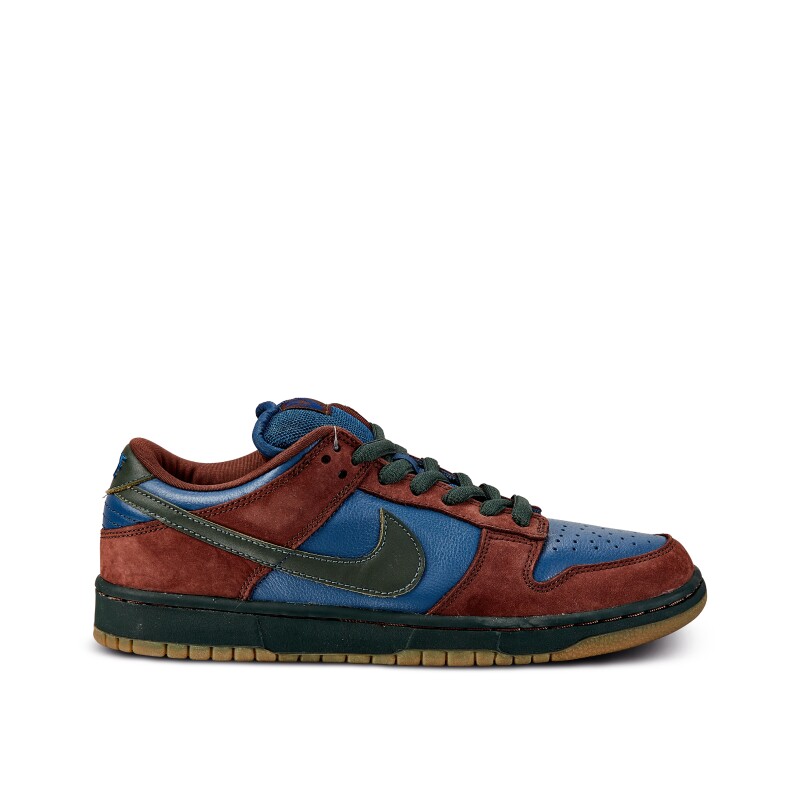 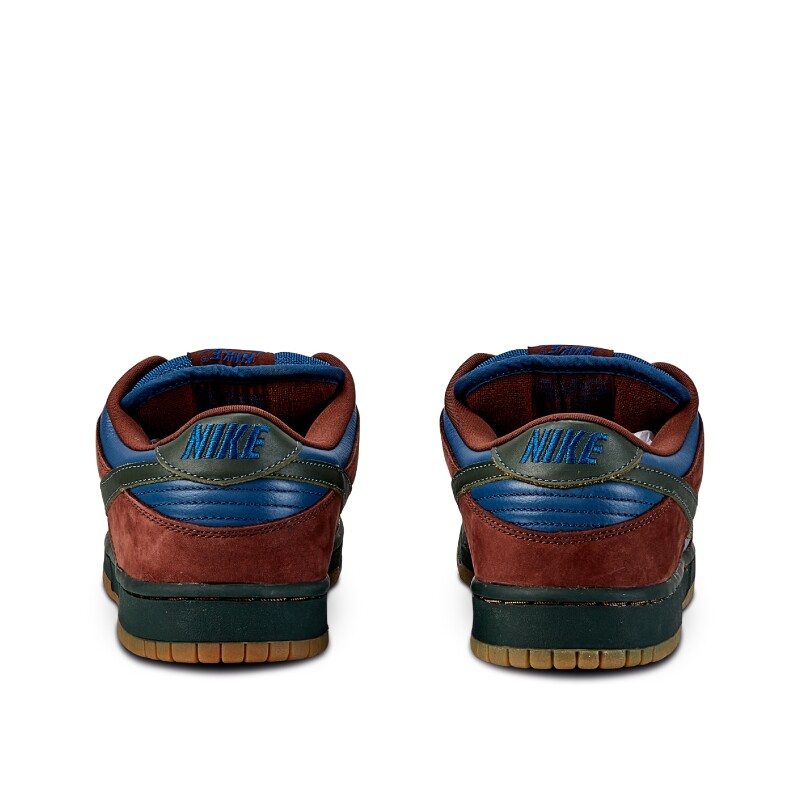 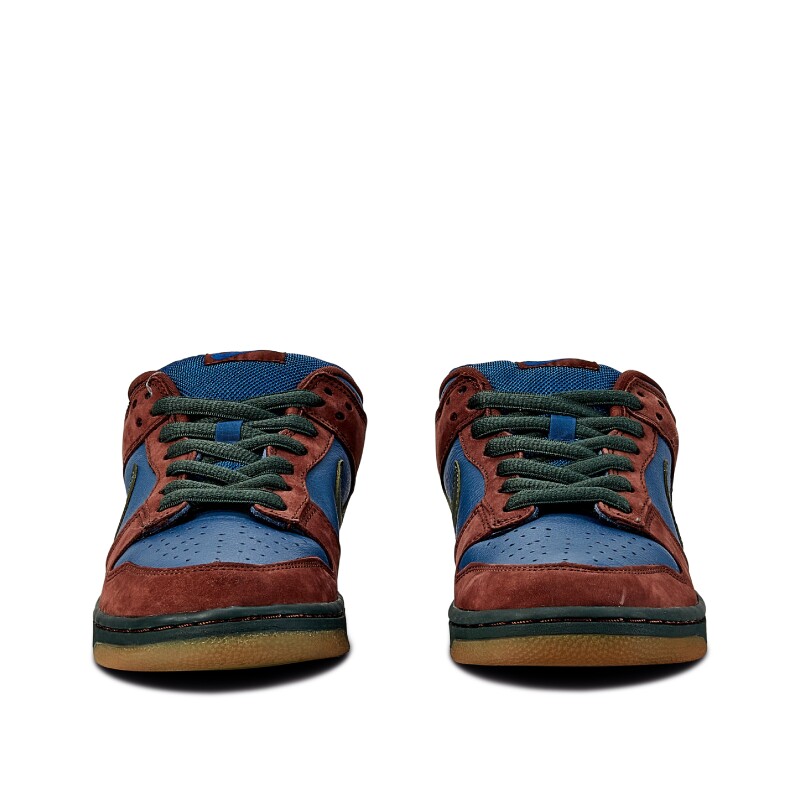 This 2003 Nike SB Dunk Low Pro “Barf” sports an unusual colorway. Described by Nike as having a “discordant” look, the design was created to be disruptive with its chocolate nubuck, green and navy blue panels. The pair is finished with a classic gum sole, a skate favorite. The unique design is considered to be a trailblazer of its time and has cemented its place as one of the iconic designs of the era.

What sets Nike SB apart from other competitive brands is the unbridled creativity, collaborators, materials and whimsical, highly thematic designs that define a generation of sneakerheads. Nike has explored hundreds of concepts – often with a sense of humor – through its Nike Dunks. From designs that range from beer bottles, to guitar cases, to horror films, jewelry, animals, arts and cities – the Dunks represent some of the most beloved and creative models for the brand.