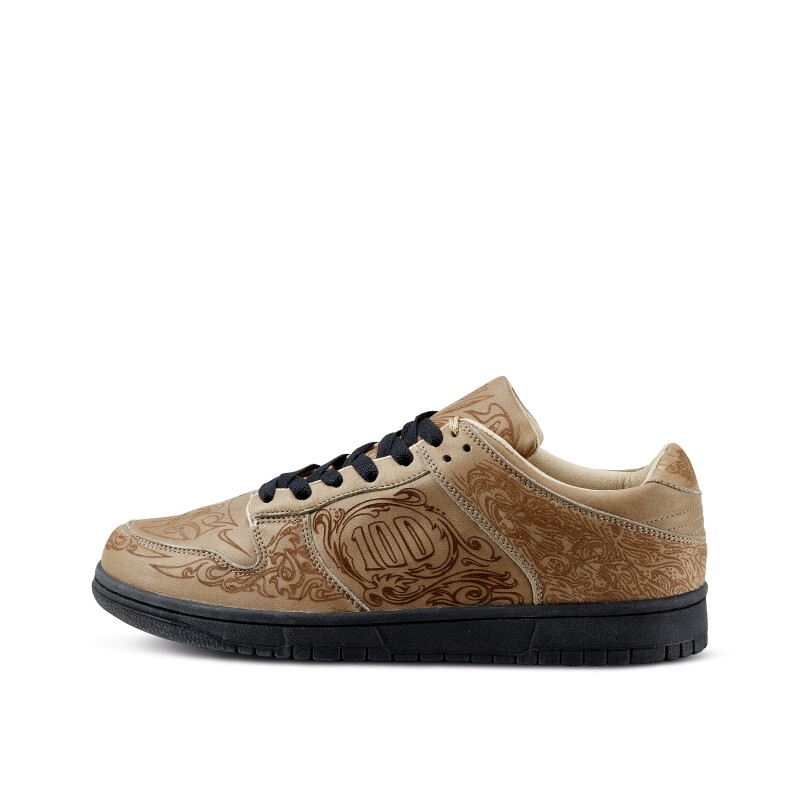 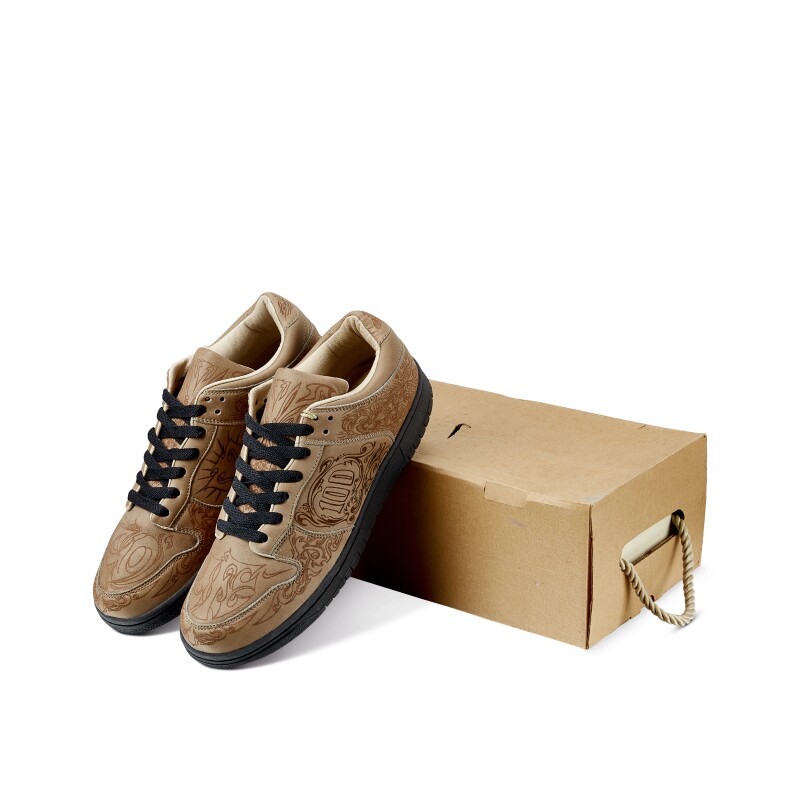 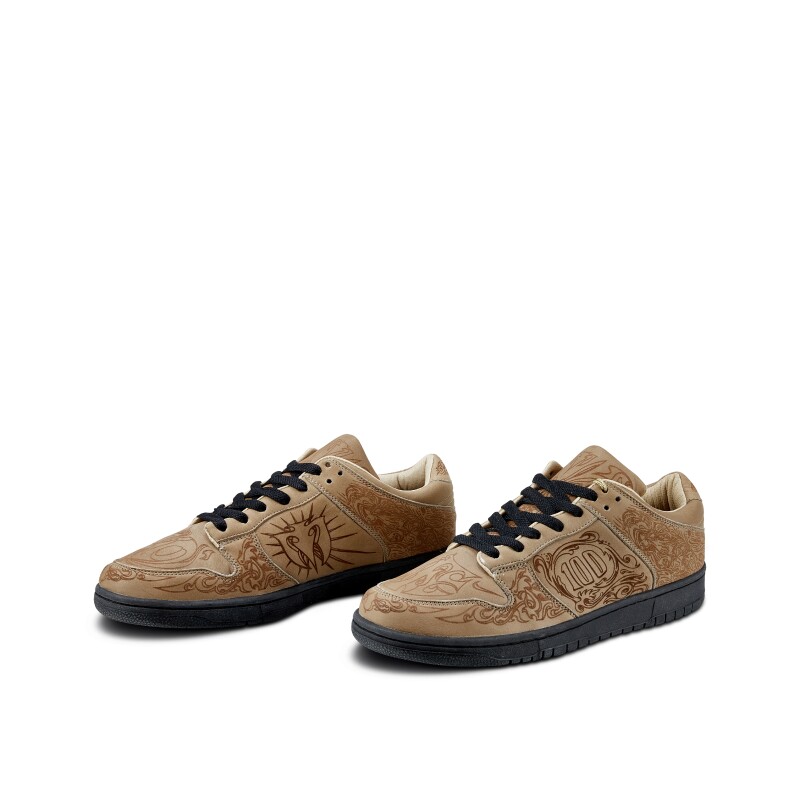 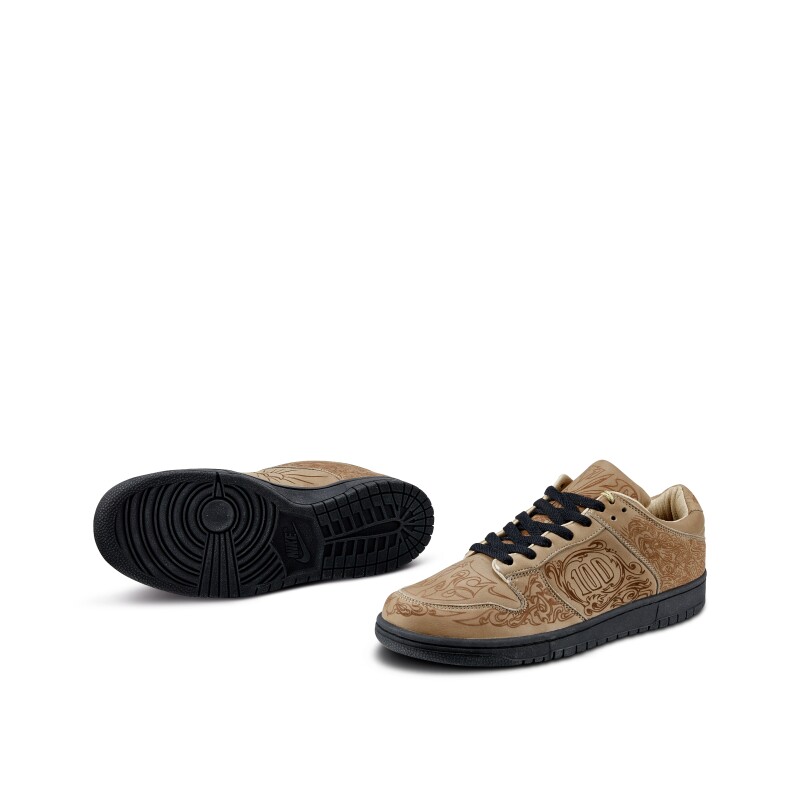 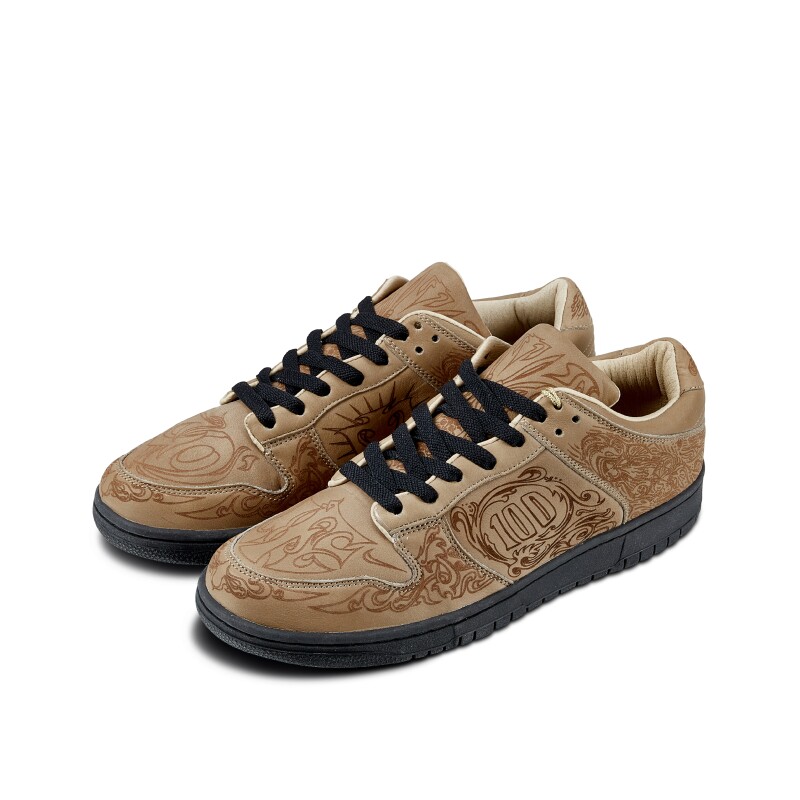 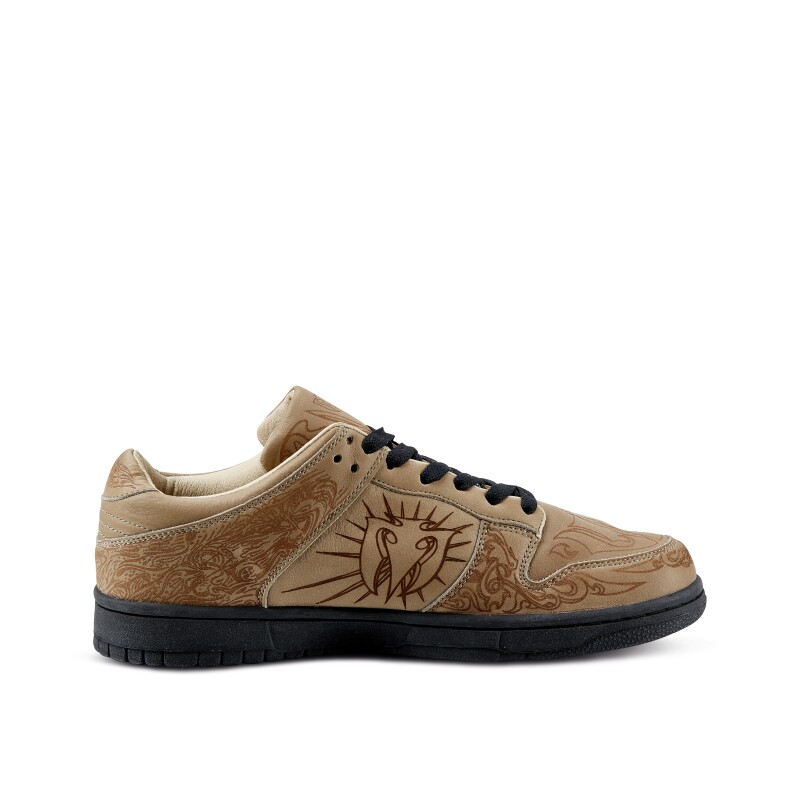 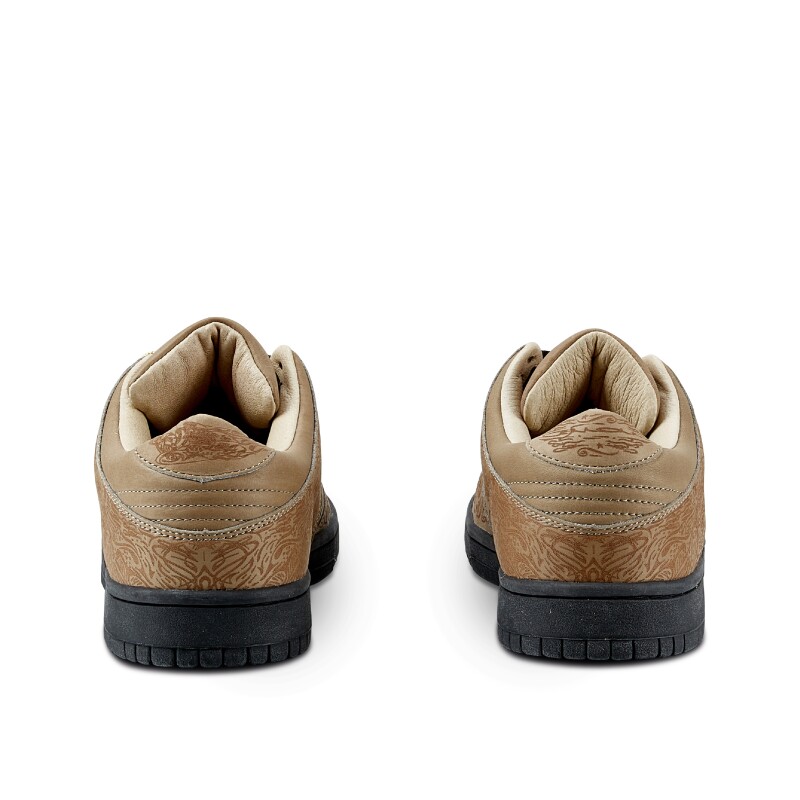 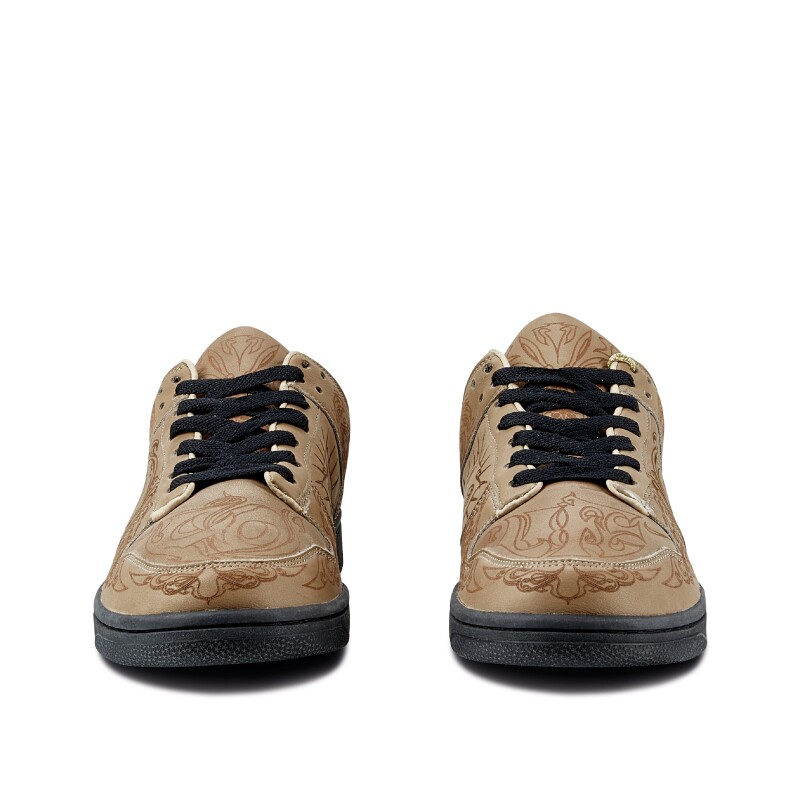 This Nike Dunk Low Premium was released in 2004 and is limited to just 200 pairs. Designed by artist Michael Desmond, the pair takes the classic dunk low silhouette and applies a tan colorway on the upper with intricate design details throughout. A notable feature of this pair was the decision to forgo the Nike Swoosh on the upper. The number "100" is featured on the side panel in large print, and the pair sits atop a black outsole. At the insole, a tag denotes this pair was 097 of the 200 released.