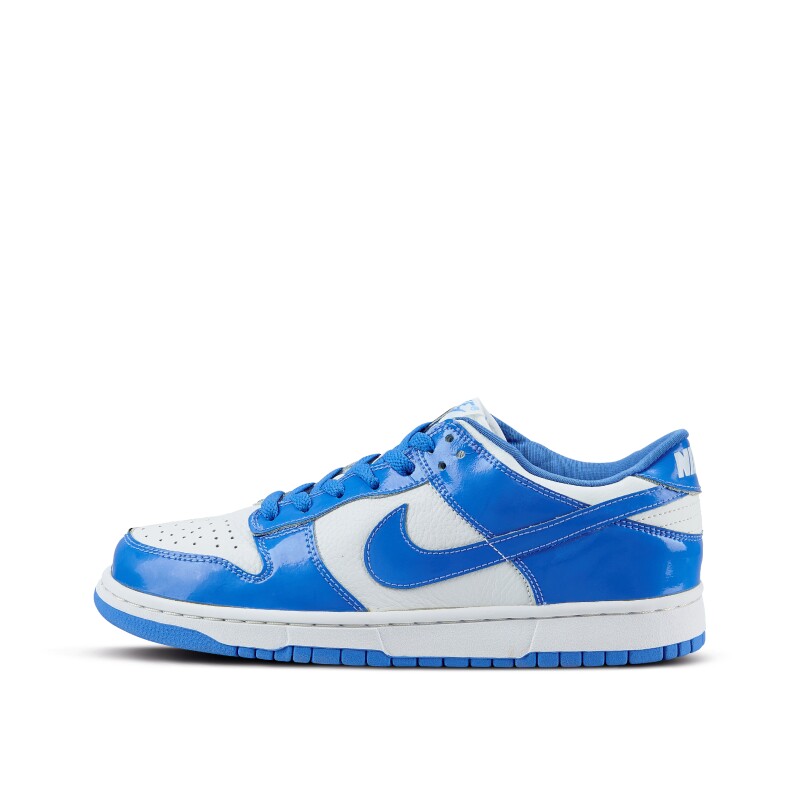 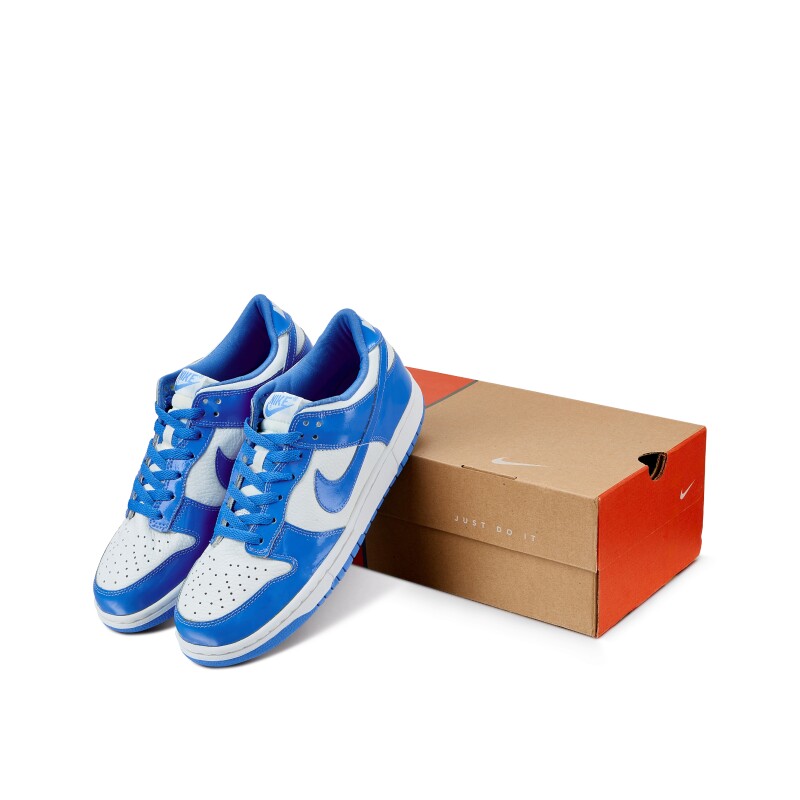 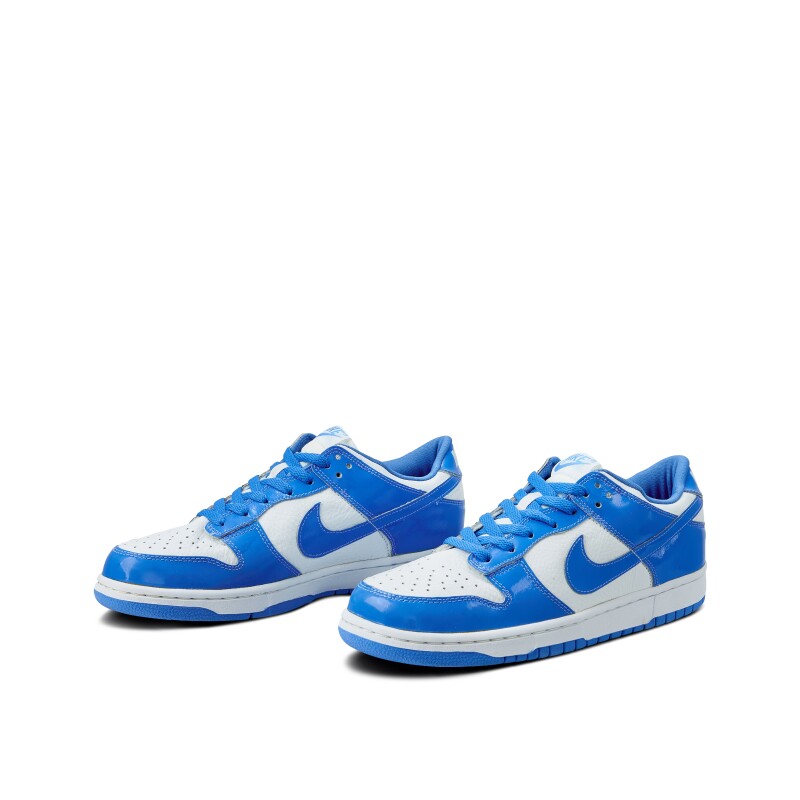 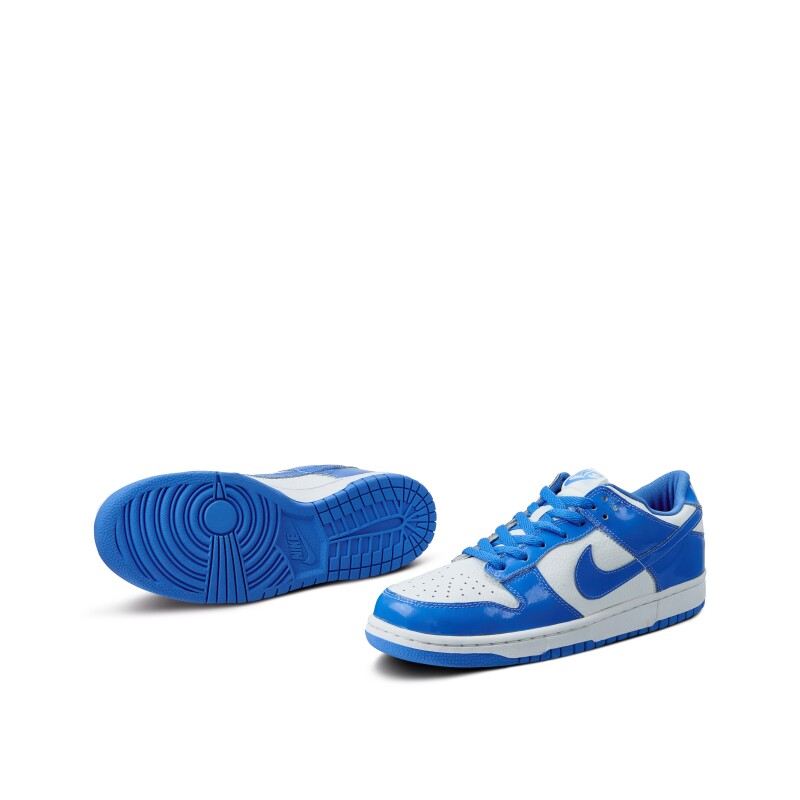 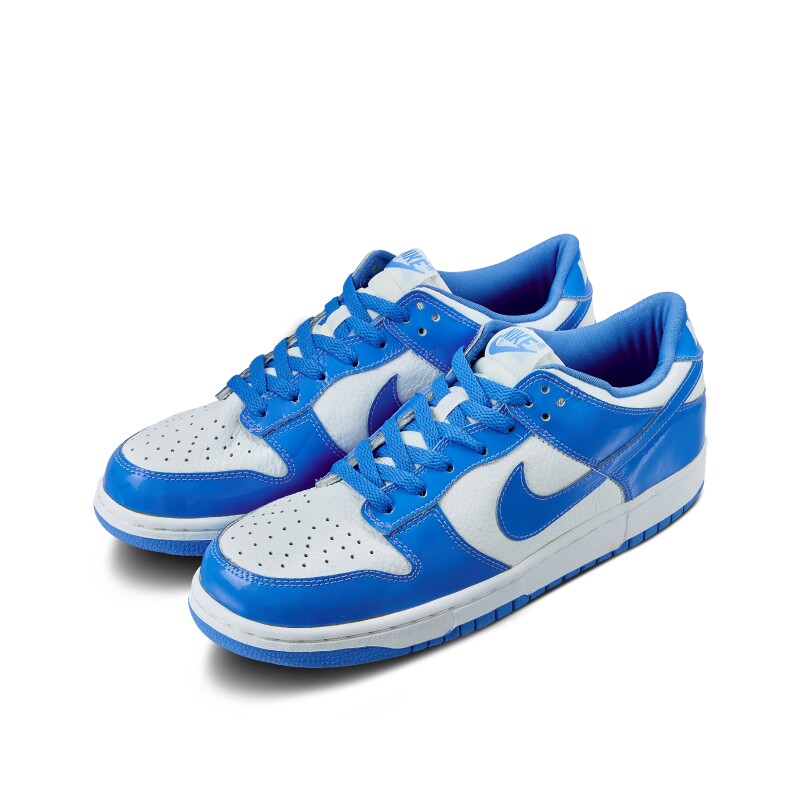 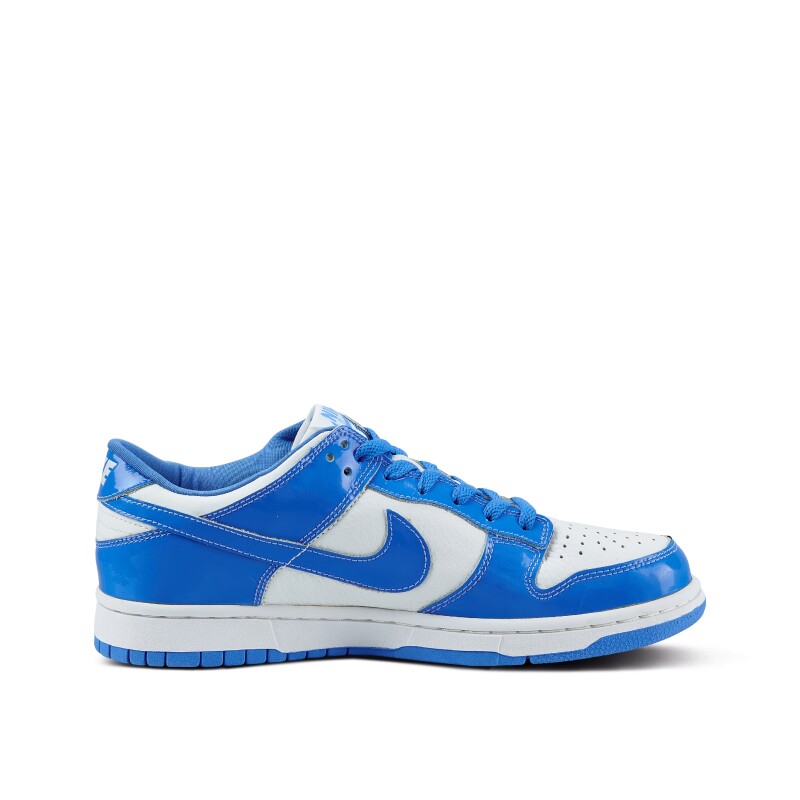 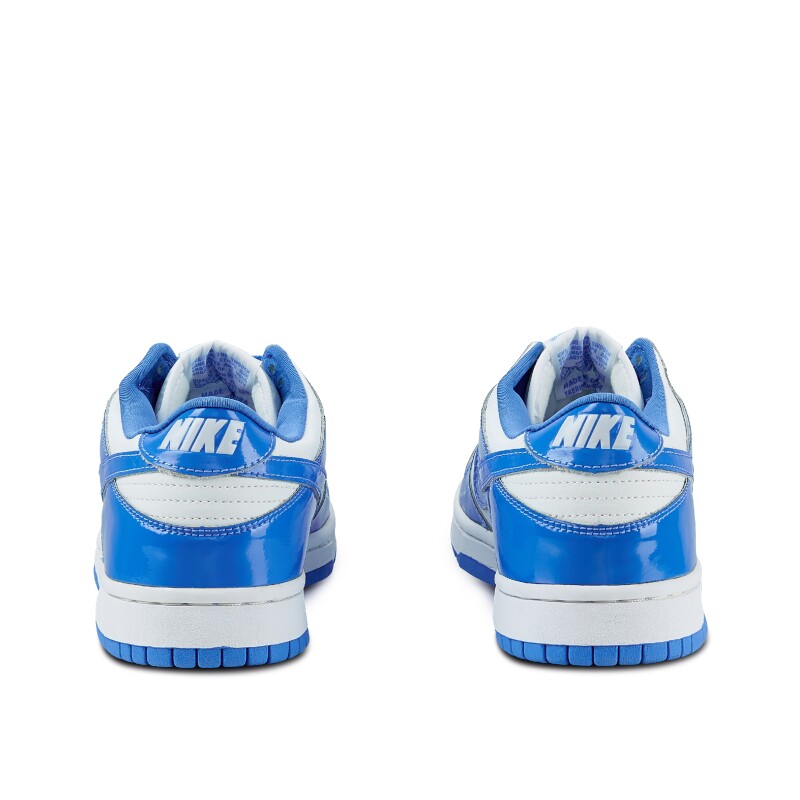 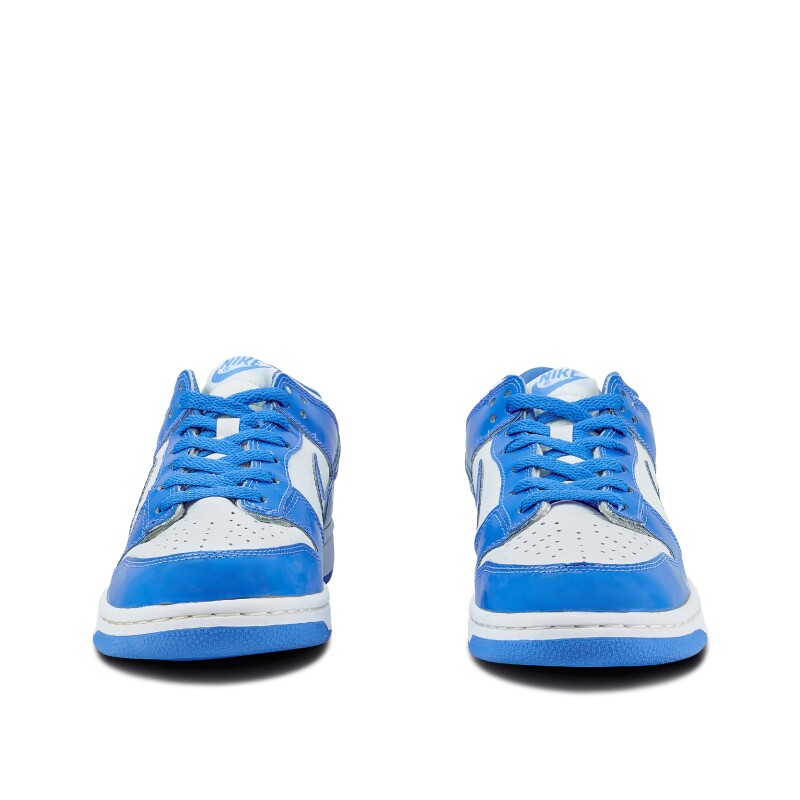 The Nike Dunk Low "Carolina Blue" was released in 2001, and features a simple two-tone colorway inspired by the North Carolina Tar Heels. The upper is dressed in white patent leather, with Carolina Blue patent leather overlays. Additionally, the pair sits atop a white midsole and Carolina Blue outsole. Originally released in 1985, Nike introduced the Nike Dunk as the premiere basketball sneaker in college basketball. The colorways for the series were based on successful programs around the nation. Kentucky, Michigan, UNLV, Syracuse, St. John’s , Villanova and Iowa all received their own signature shoe. The 1985 Nike ads featured the sneakers with a tagline "Be True to Your School," giving fans an opportunity to support their team from head to toe.

Since then,  Nike Dunks have become one of the most iconic sneaker styles of all time and a blank canvas for design inspiration. Most notably, the style was adopted by the skateboarding community, which has led to some of the most coveted Nikes of all including the Nike Dunk High SB ‘FLOM’, the Nike Dunk Low SB ‘Paris’ and more.