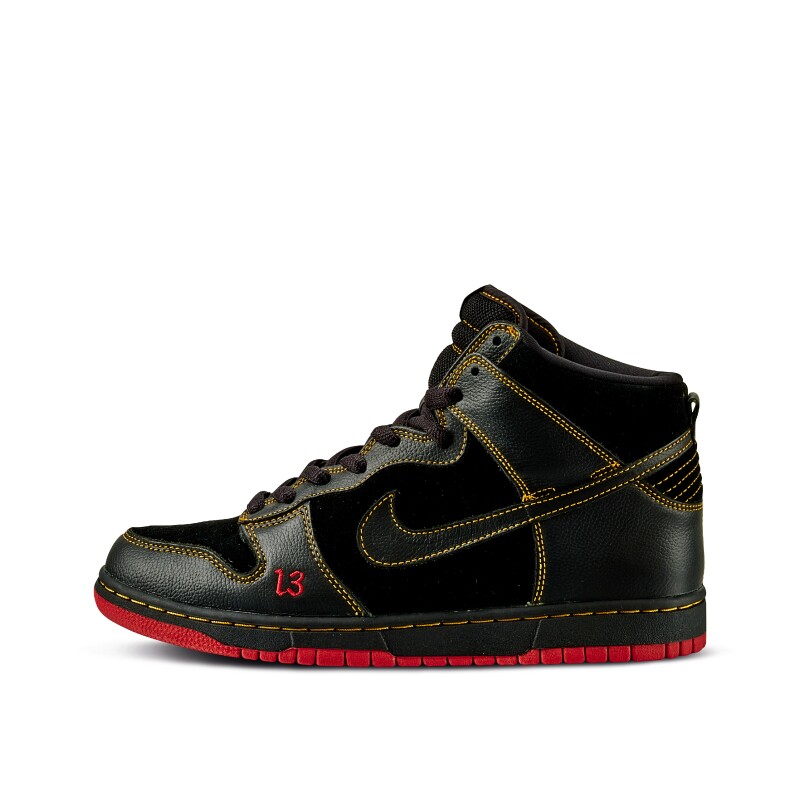 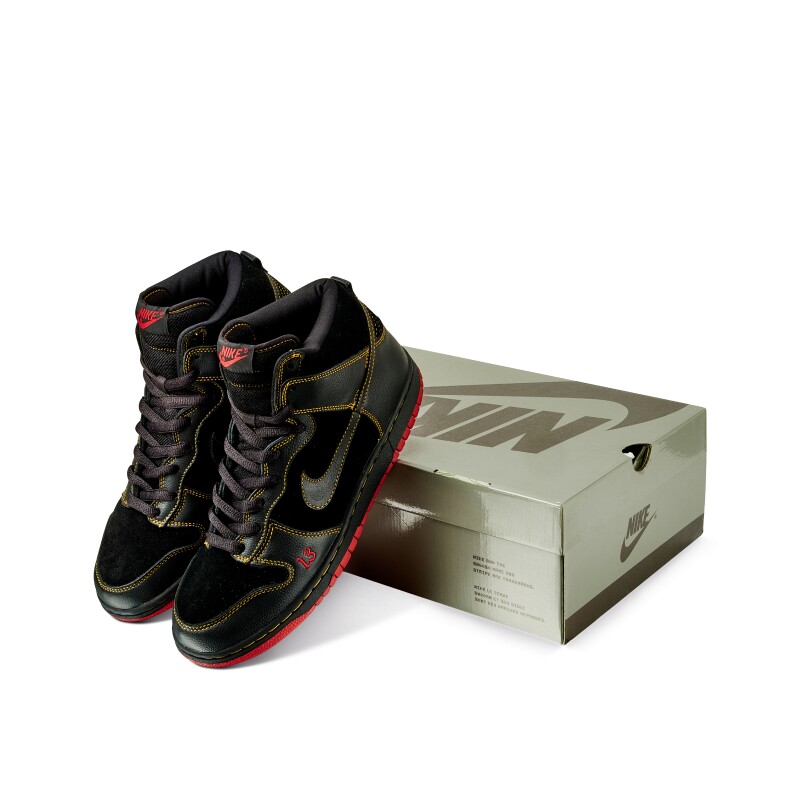 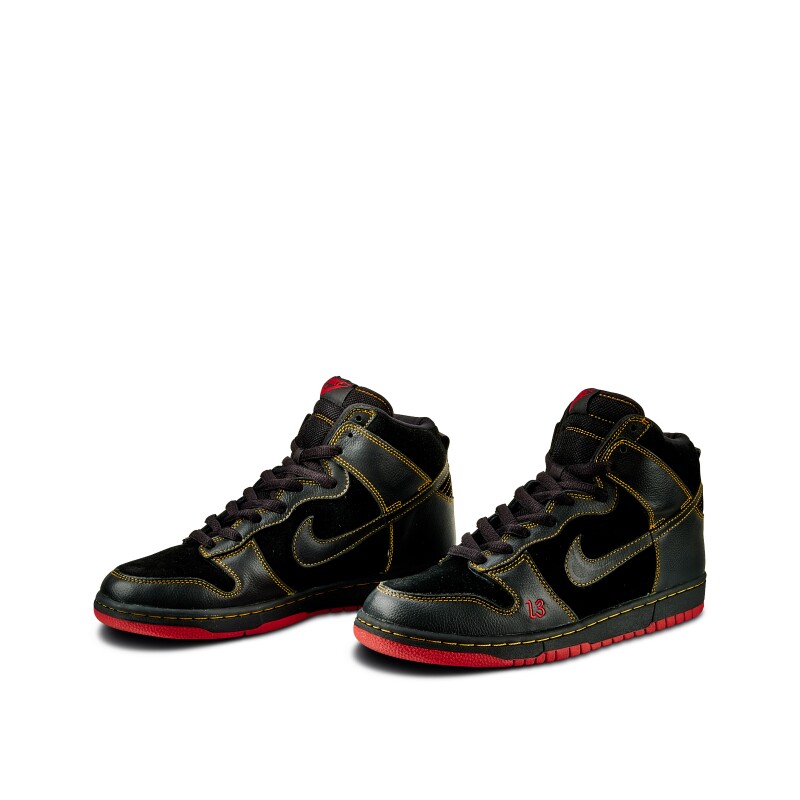 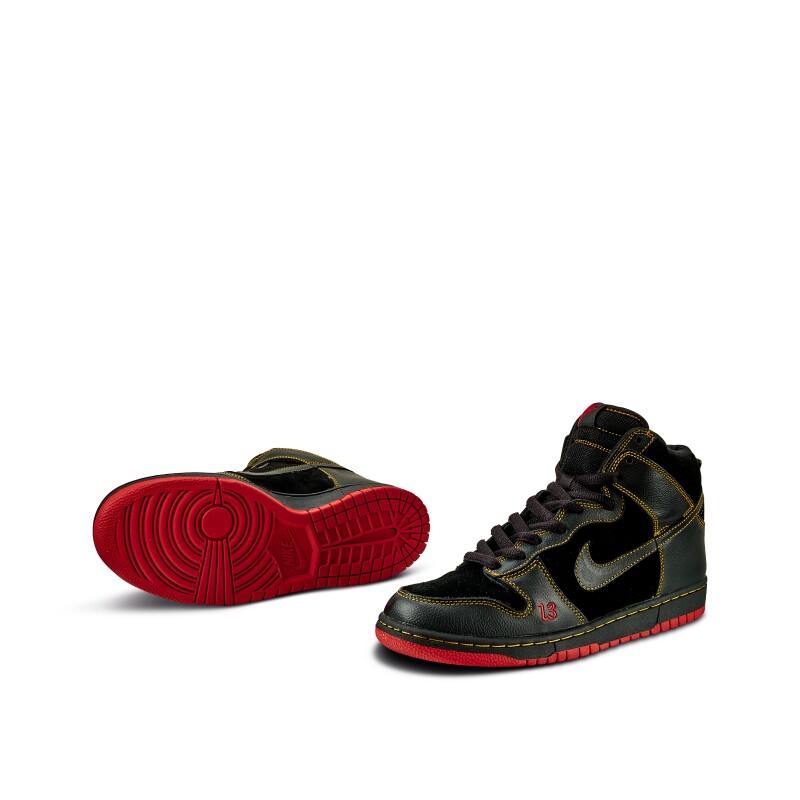 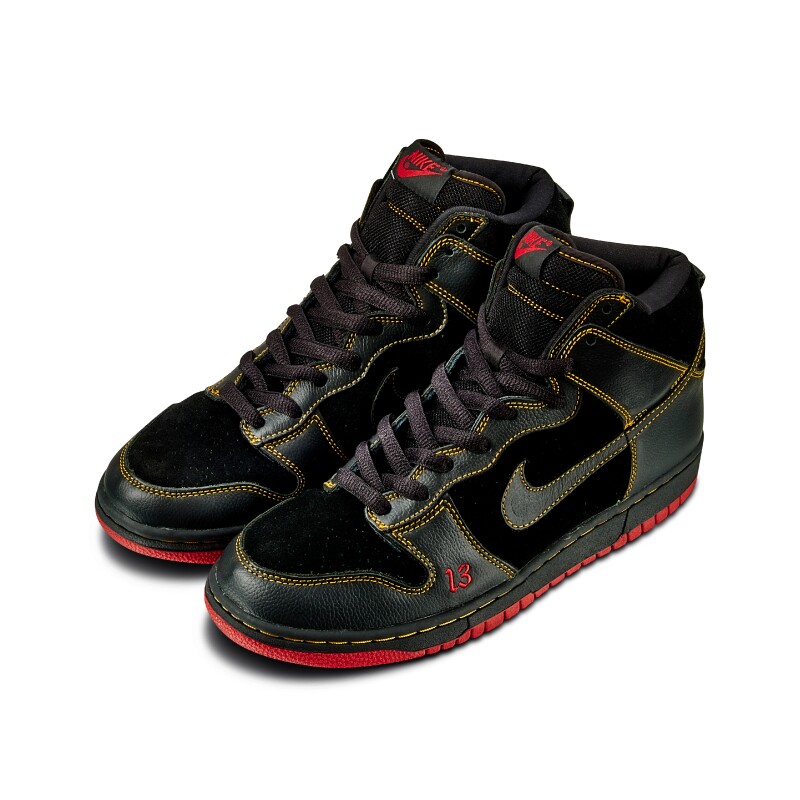 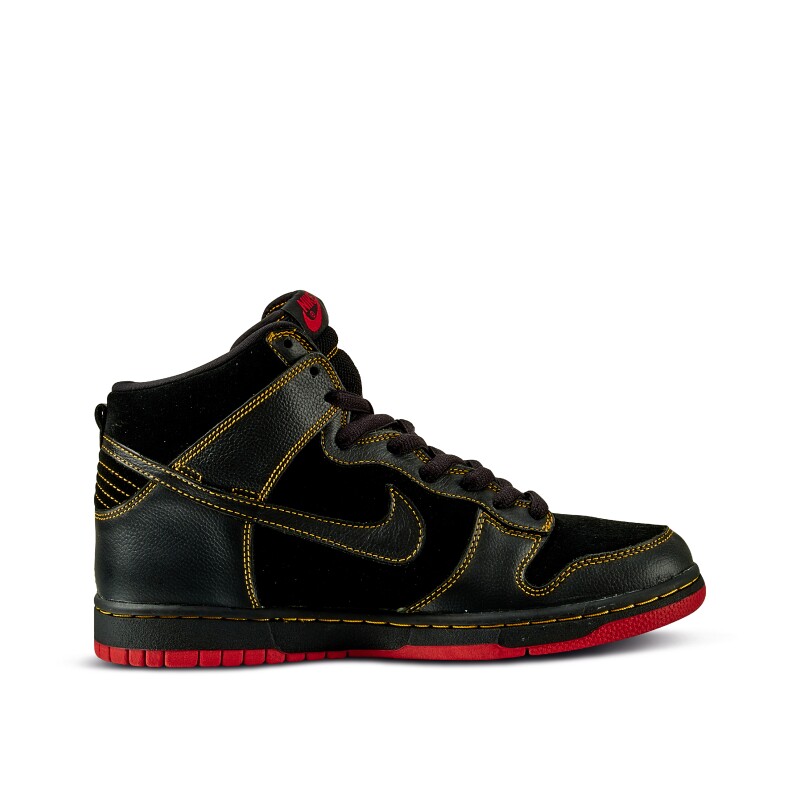 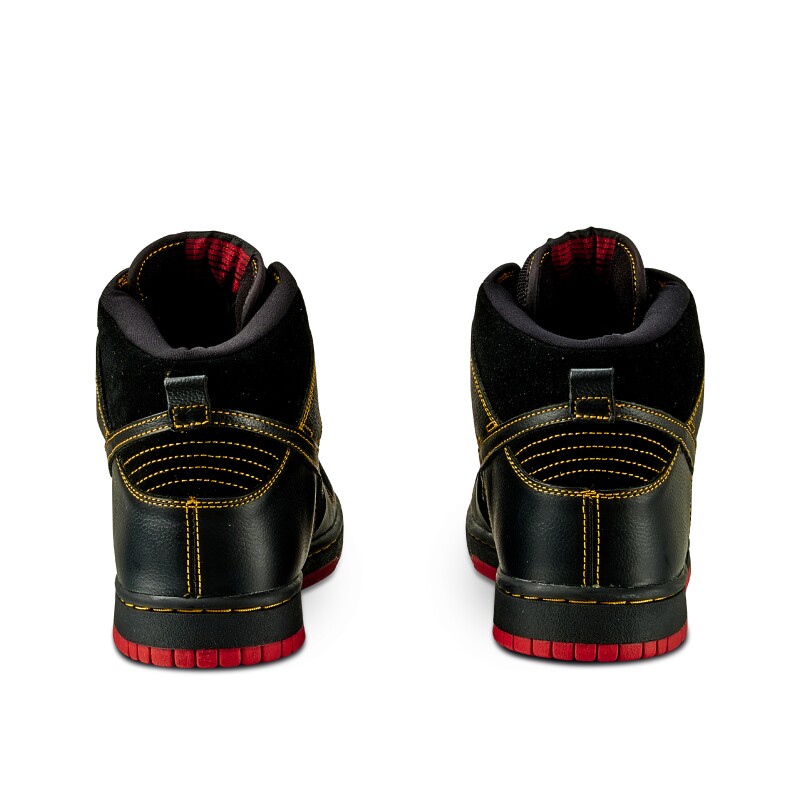 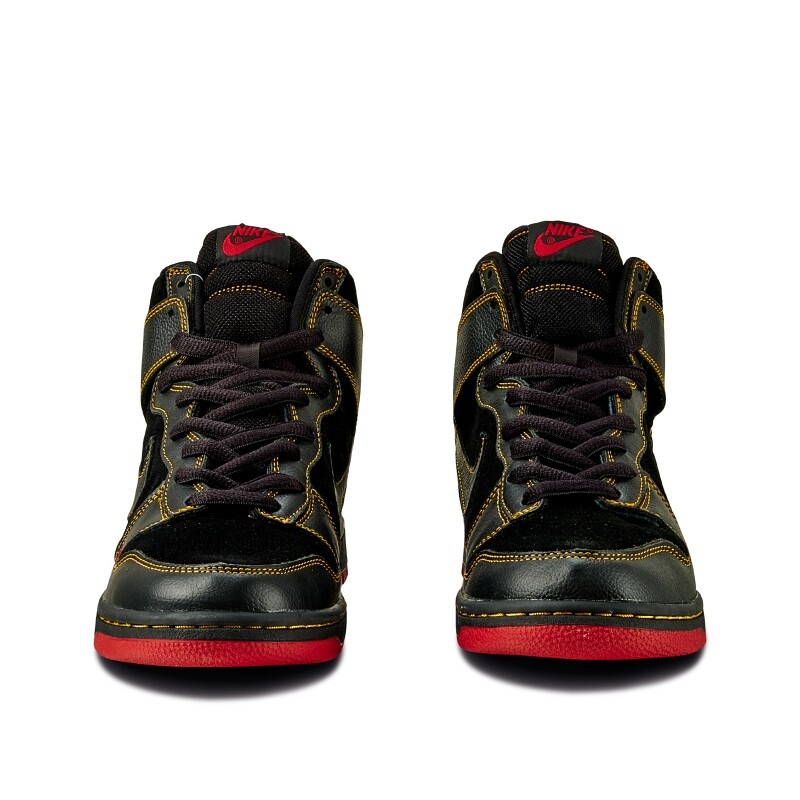 The Nike SB Dunk High Pro ‘Unlucky’ released in 2004 alongside the accompanying ‘Lucky’ colorway, and was limited to 1300 pairs. The design takes the classic SB Dunk High silhouette, and applies a black suede and leather upper with contrasting yellow stitching. Red accents are found on the rubber outsole, tongue tag branding, and the embroidered ‘13’ featured on the lateral forefoot. The Nike SB Dunk made its formal debut in 2002, when Nike officially reappropriated the famed Dunk basketball sneaker originally designed in the 1980s with upgrades suited for the skateboarding community.