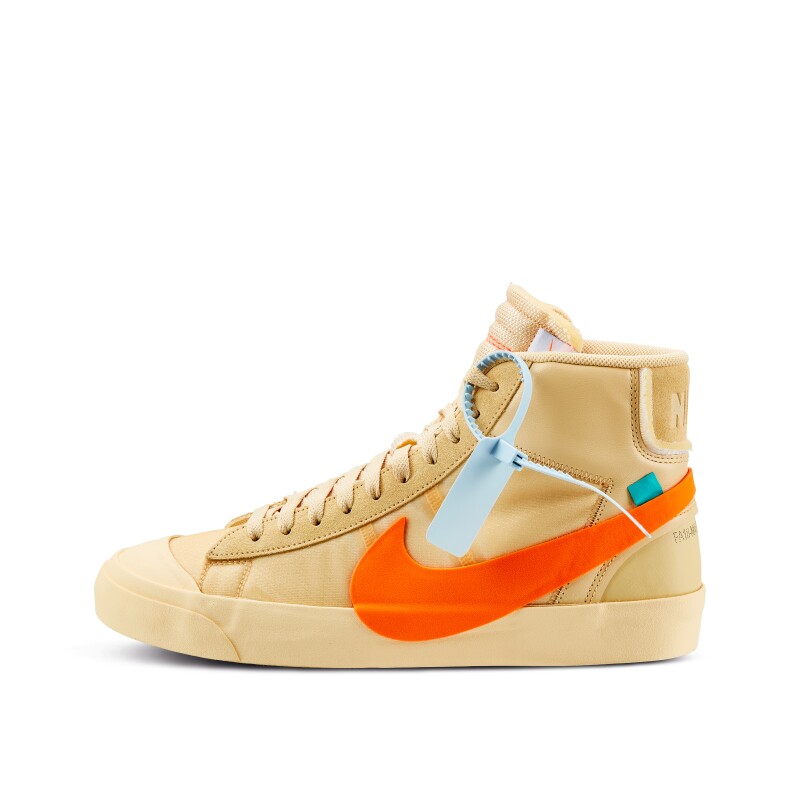 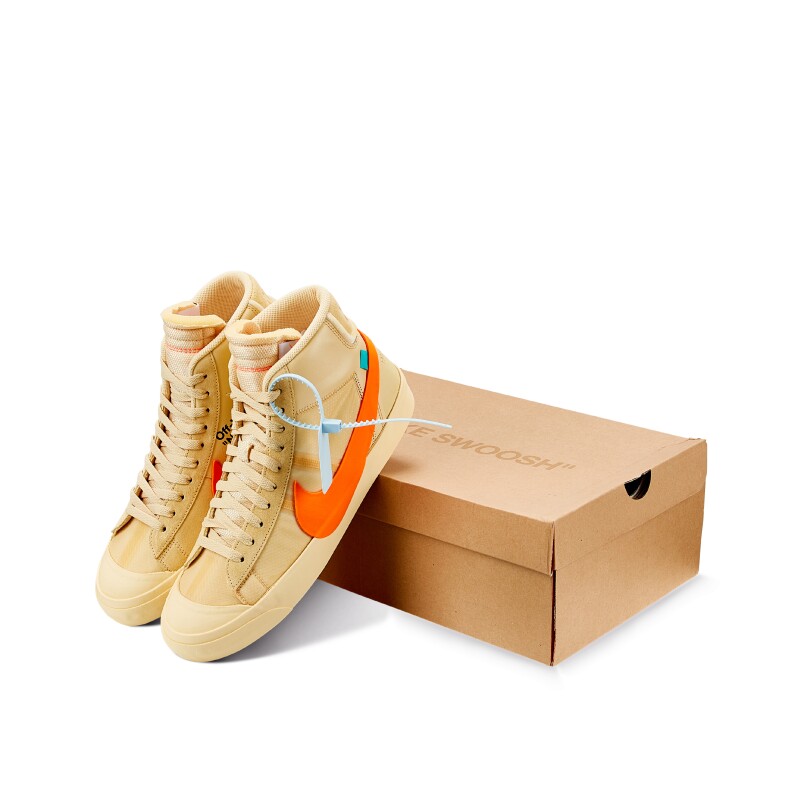 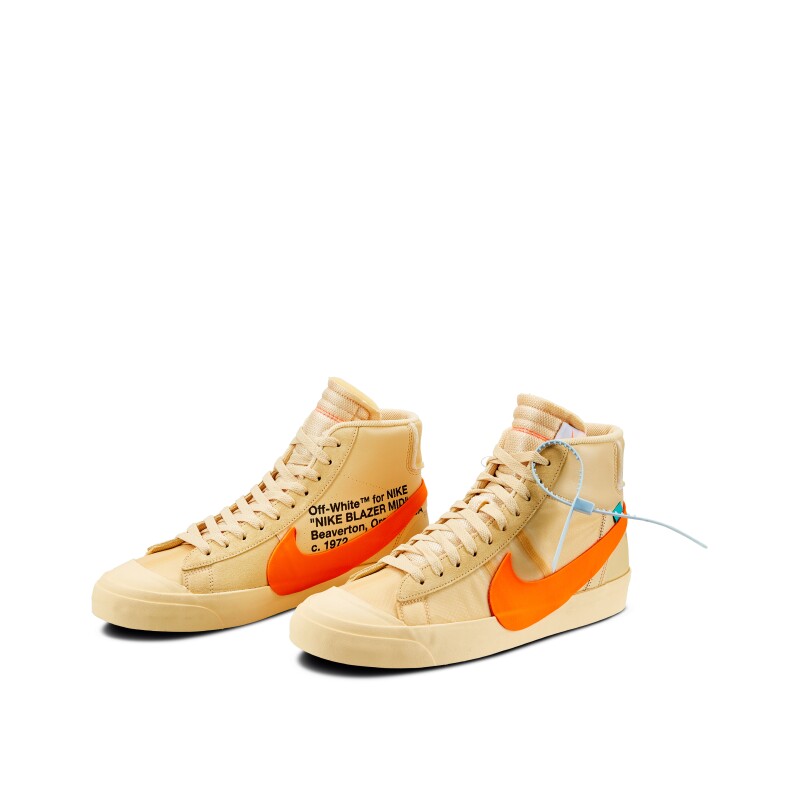 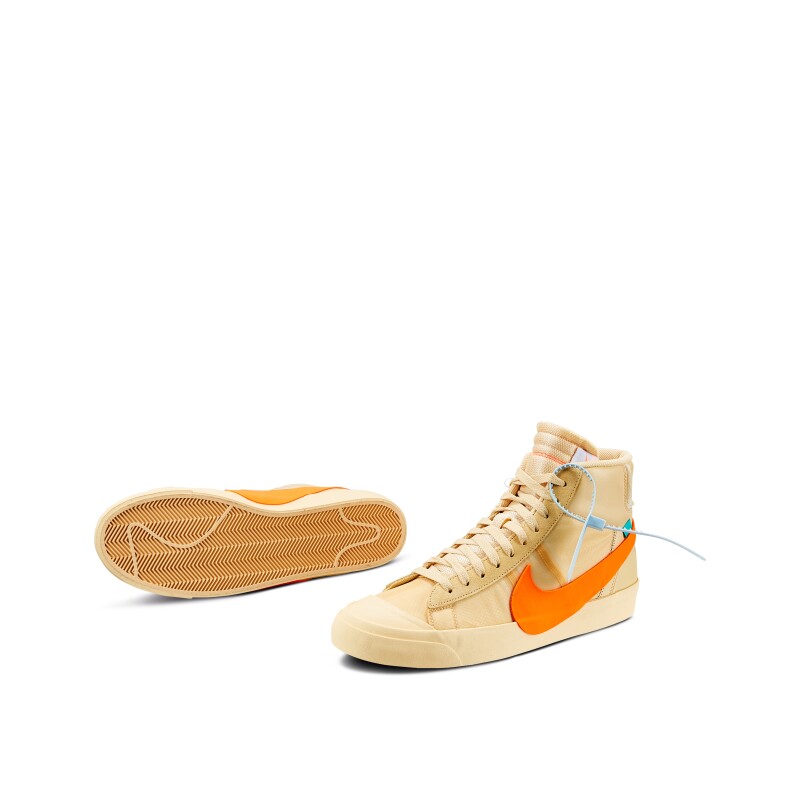 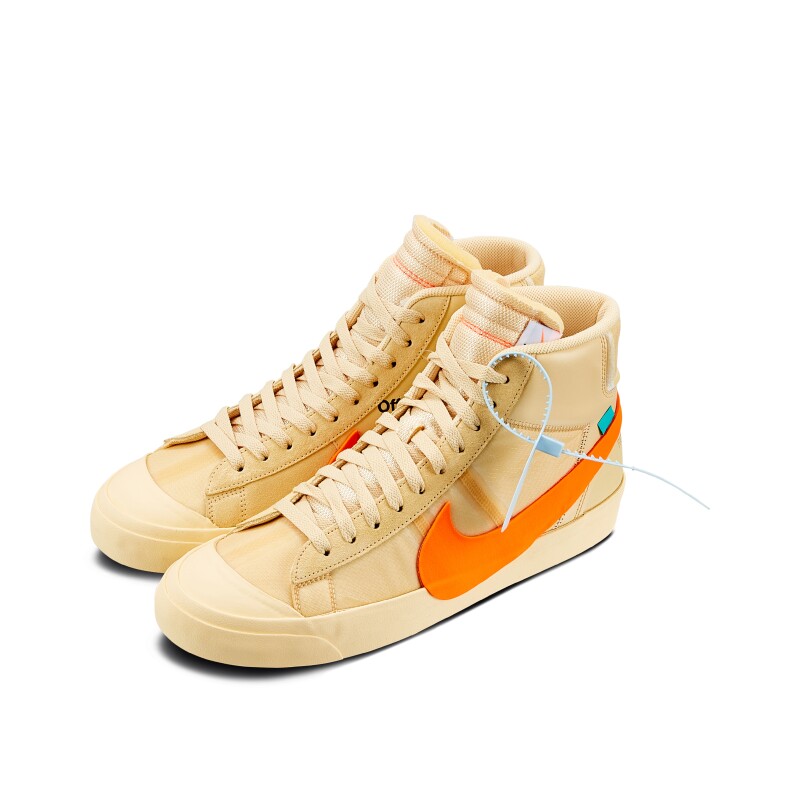 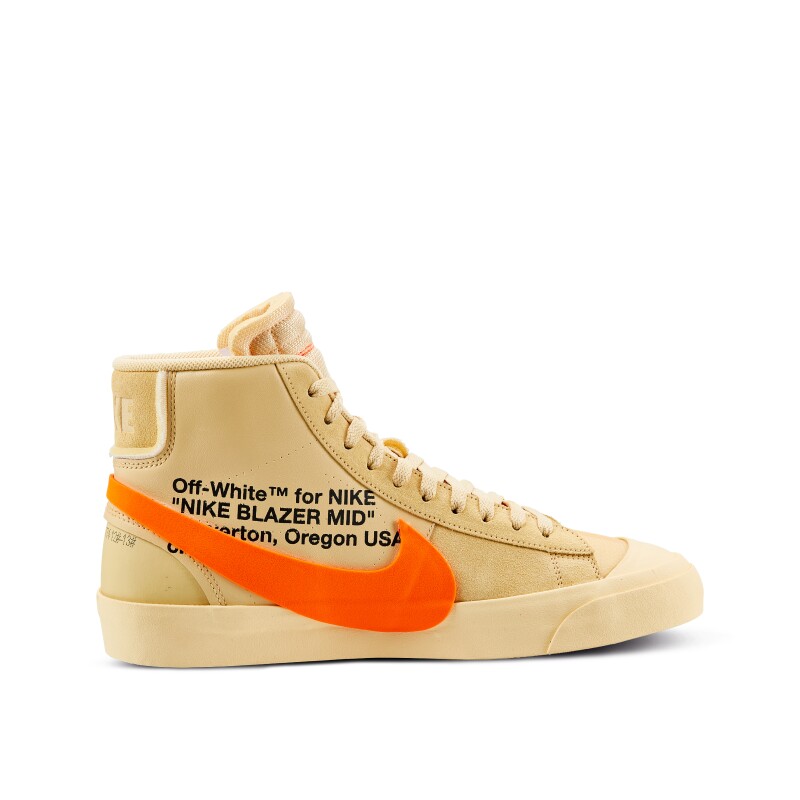 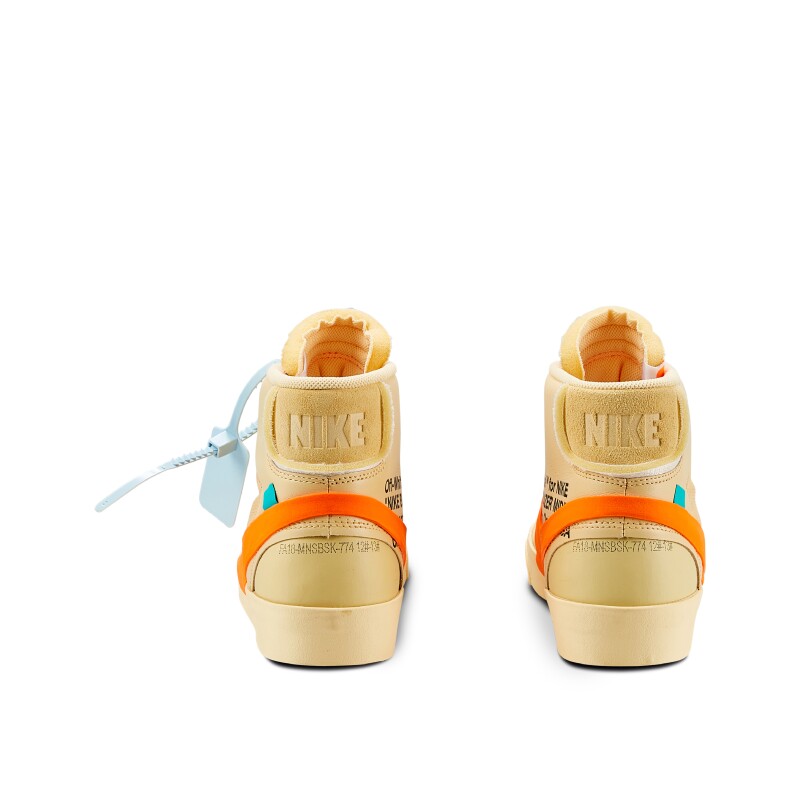 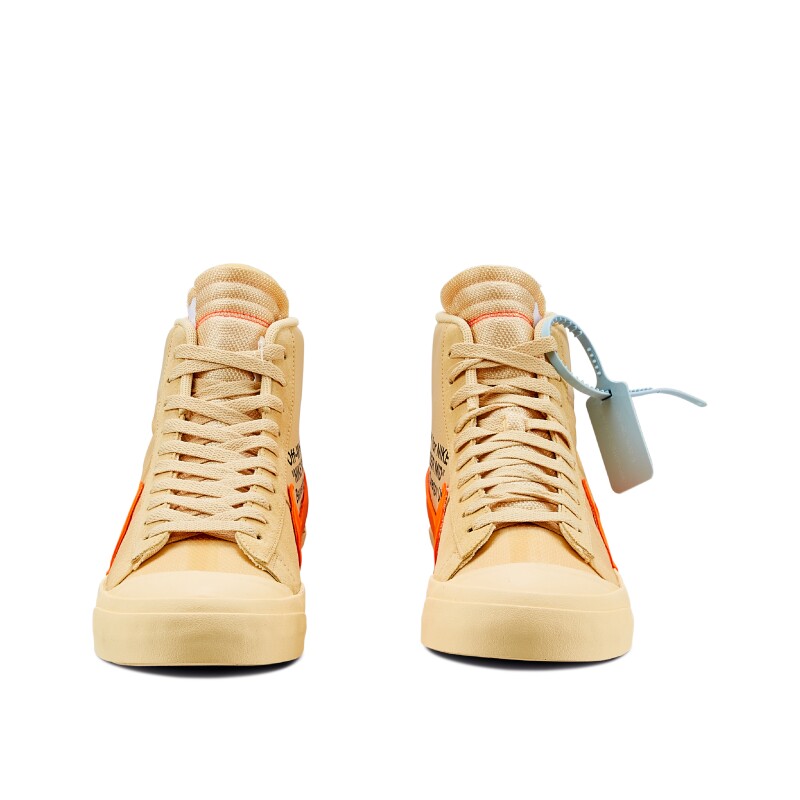 The Nike Blazer Mid Off-White “All Hallow’s Eve” sports the Nike Blazer silhouette with an Off-White touch. Released for Halloween in 2018, alongside the ‘Grim Reaper” colorway, the pair is dressed in a pale vanilla canvas and translucent upper with a contrasting orange oversized Swoosh. A light blue zip tag completes the Virgil design with signature Helvetica text on the medial side.

This model is an update of the infamous Blazer Mid Off-White from “The Ten” collection. The Ten, released in 2017, is considered one of the most ambitious collaborations Nike ever produced, taking about 10 months from ideation to release. The Ten collection consists of 10 iconic silhouettes from the Nike, Jordan and Converse archives that were deconstructed and rebuilt in Virgil’s creative vision.