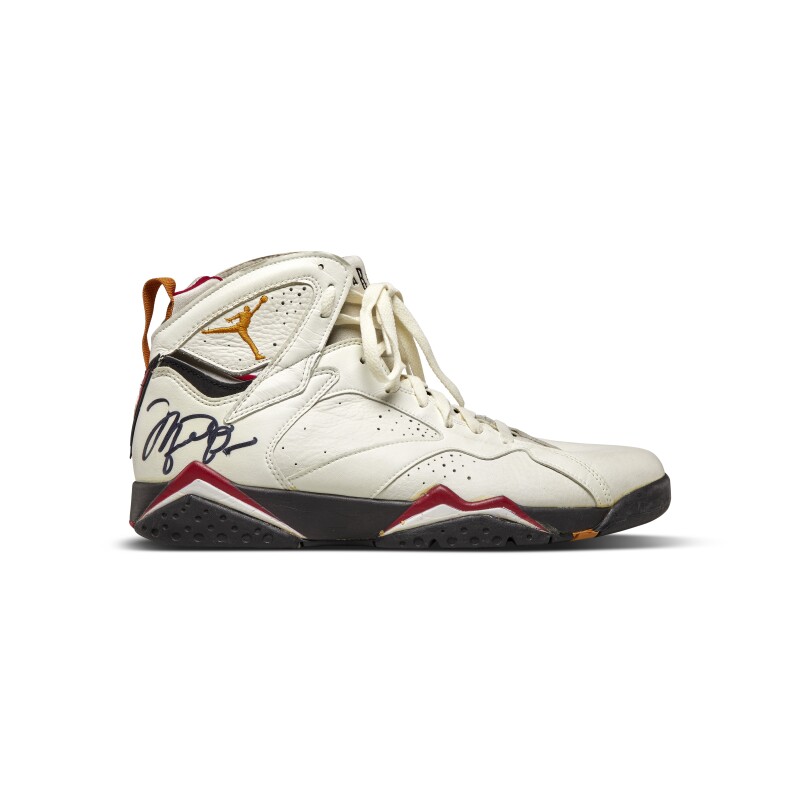 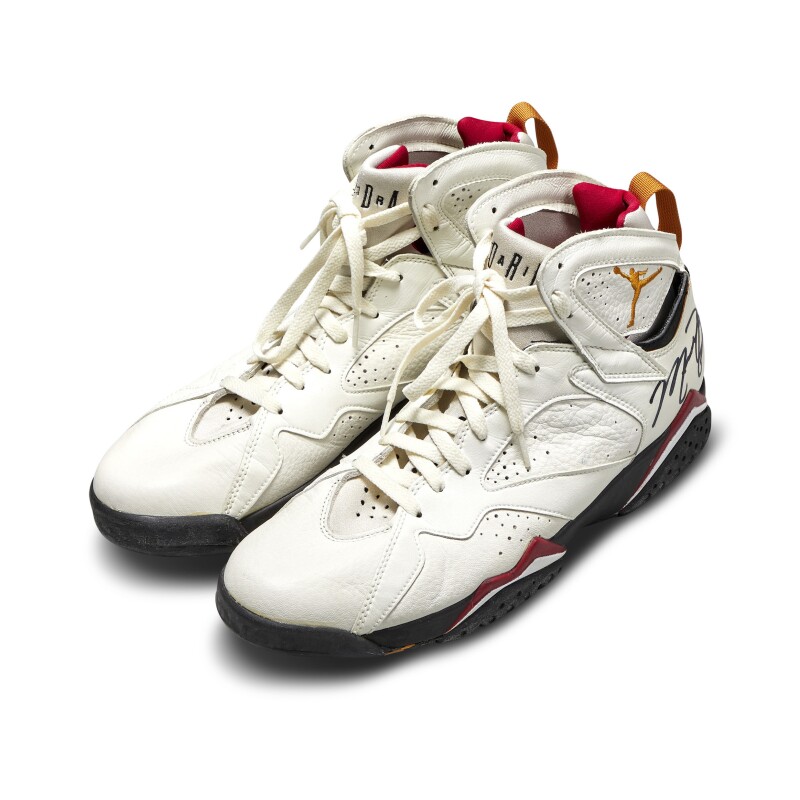 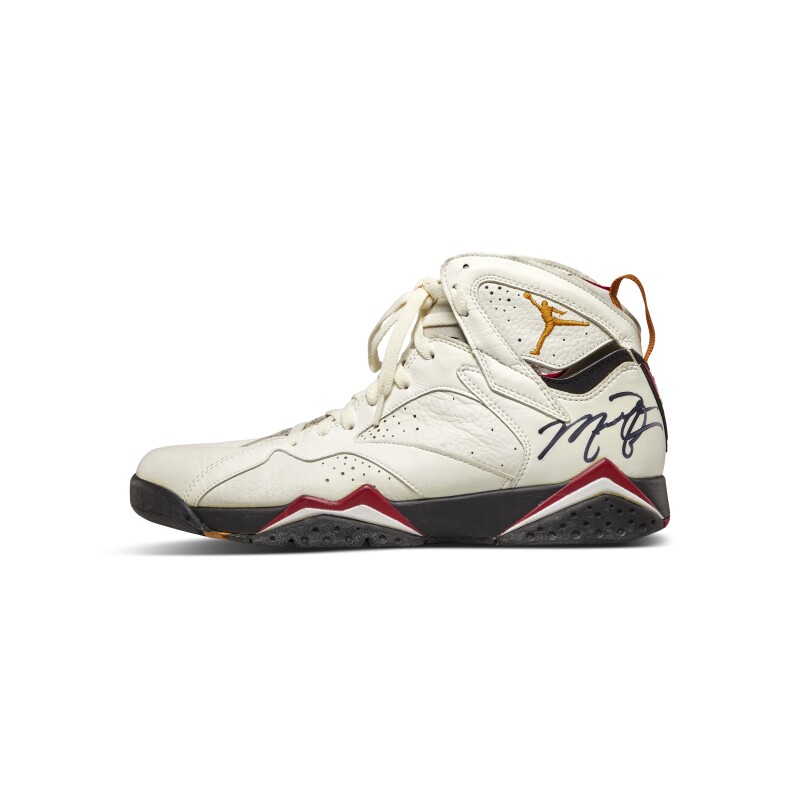 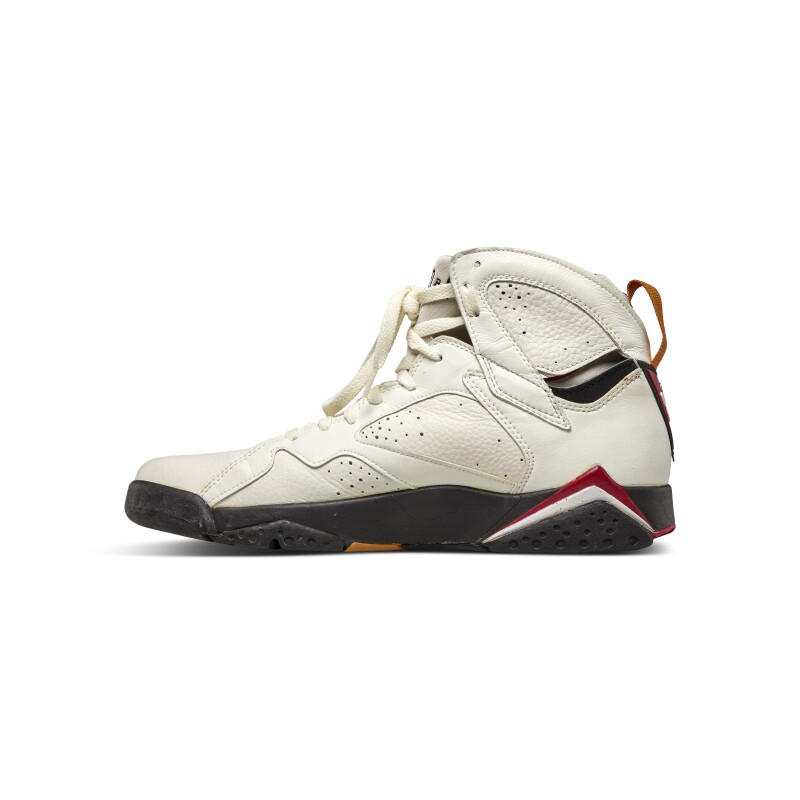 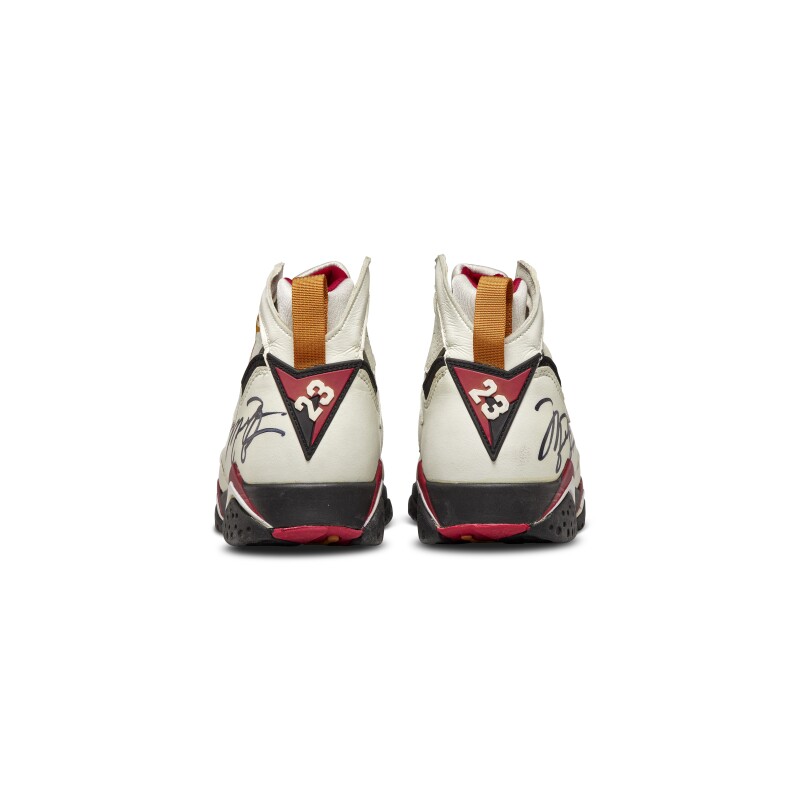 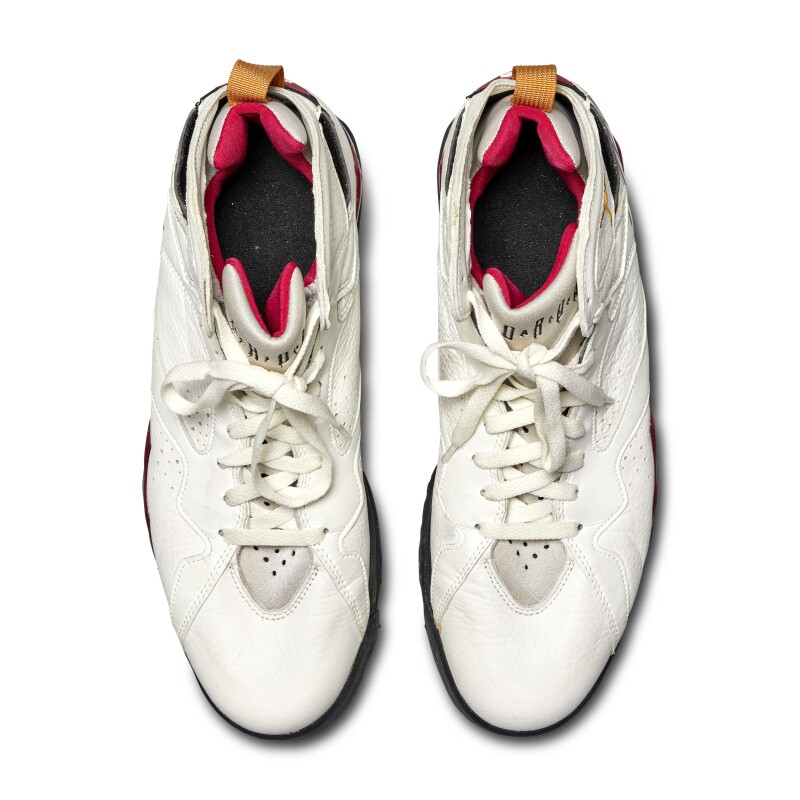 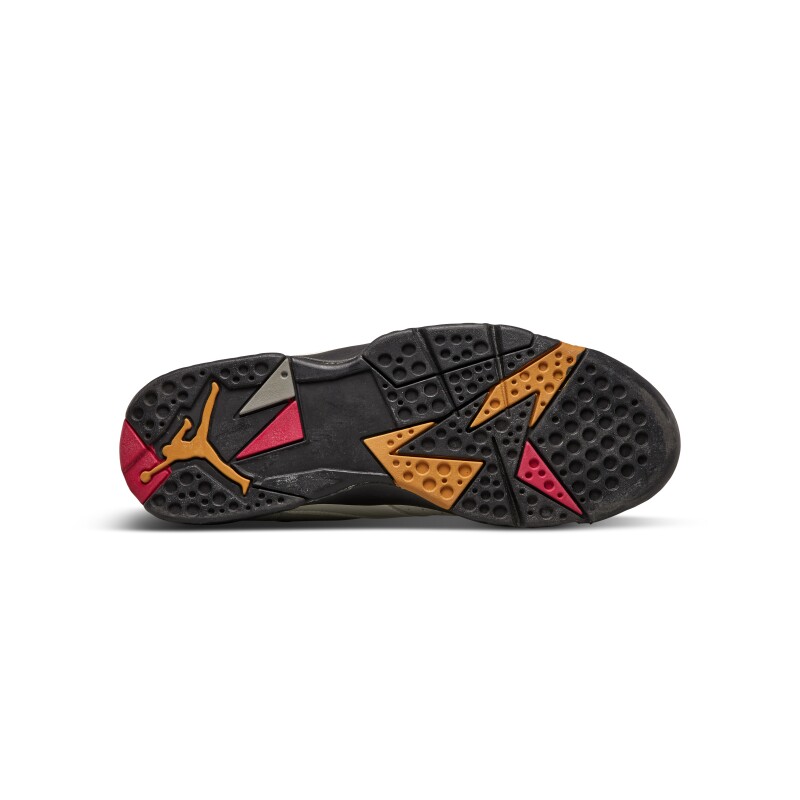 On December 30 1992, Michael Jordan wore these sneakers in a game against the Miami Heat scoring 39 points, in a 105-100 victory. Michael gifted them to a Miami Heat ball boy as a thank you when the ball boy offered his father’s tickets to Michael who needed extra seats for personal guests. They are autographed in bold black marker at each heel. The sneakers are made of premium materials that differ slightly from publicly released versions. Tinker Hatfield designed the African Art-inspired Air Jordan VII in 1992. It was Hatfield’s fourth Jordan design and the first to feature Michael Jordan’s jersey number at the heel and the first to not have visible air.