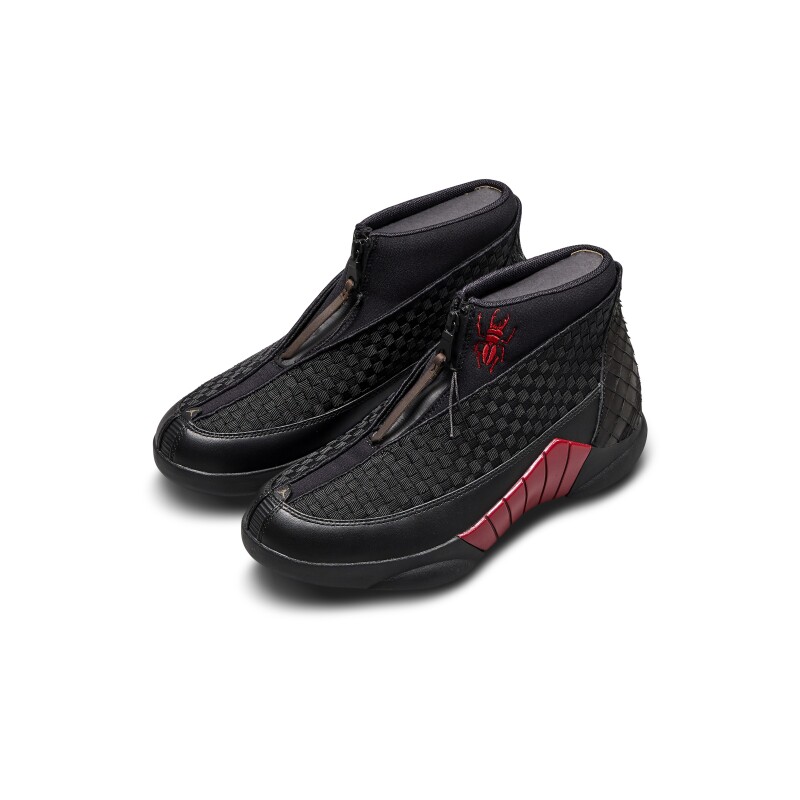 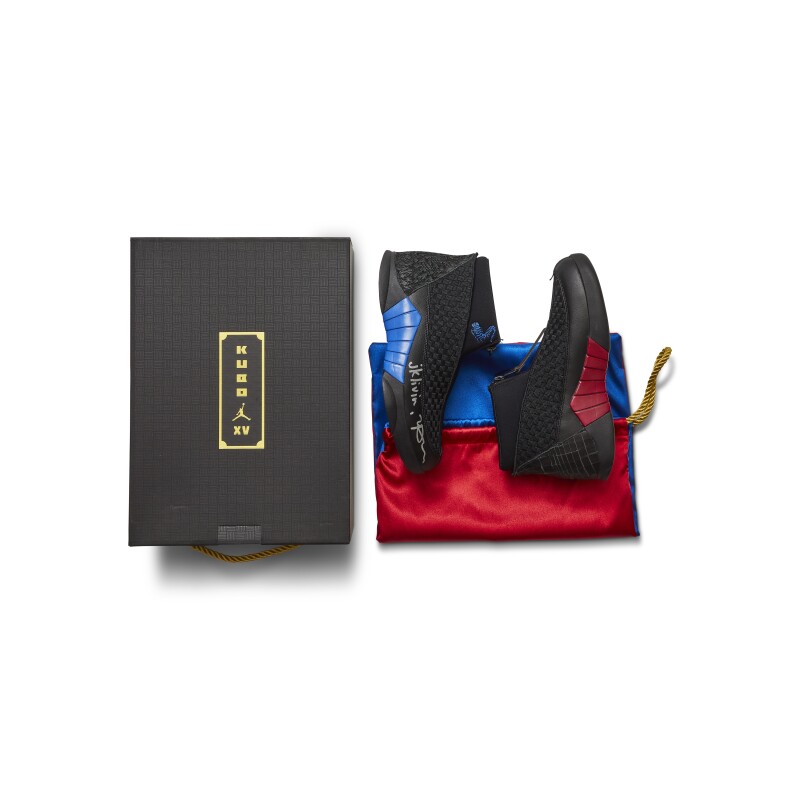 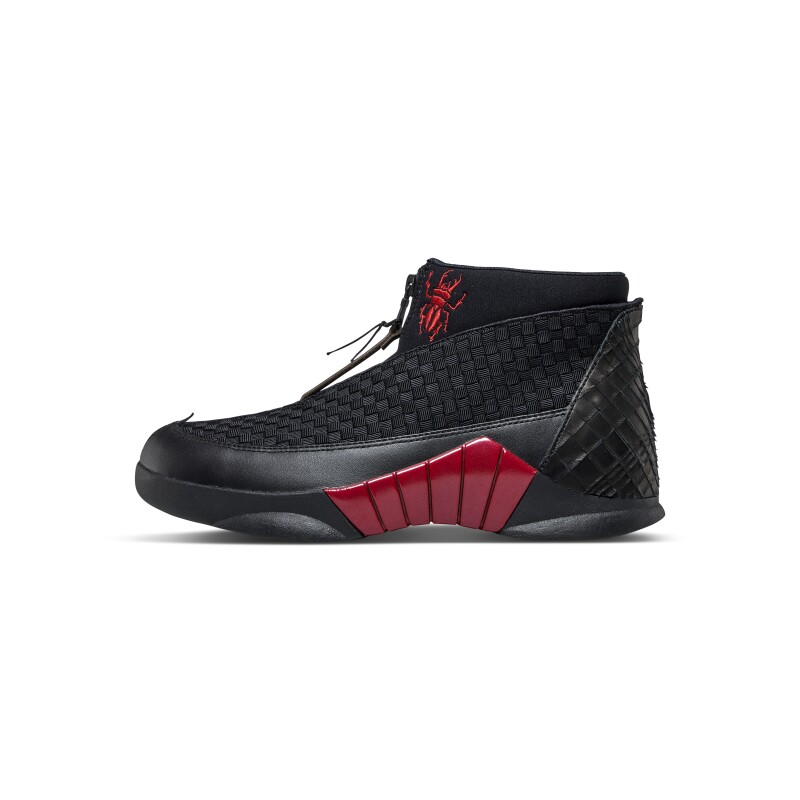 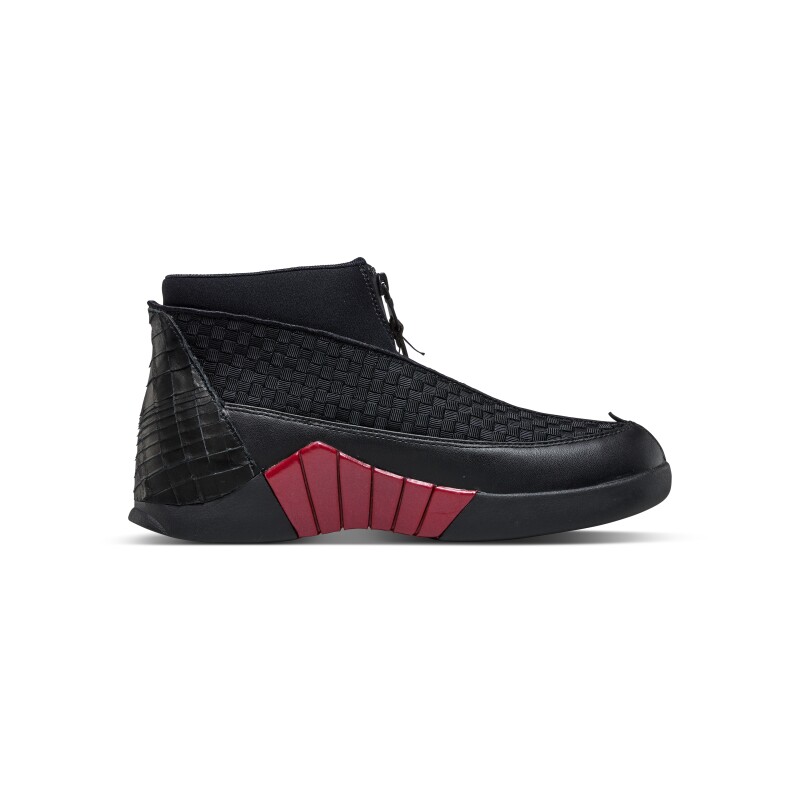 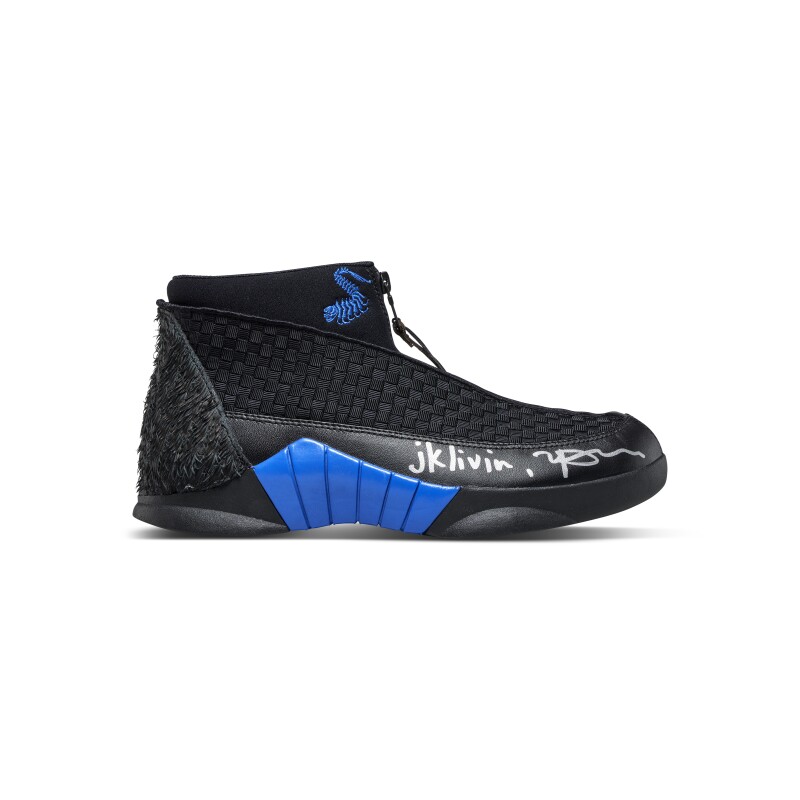 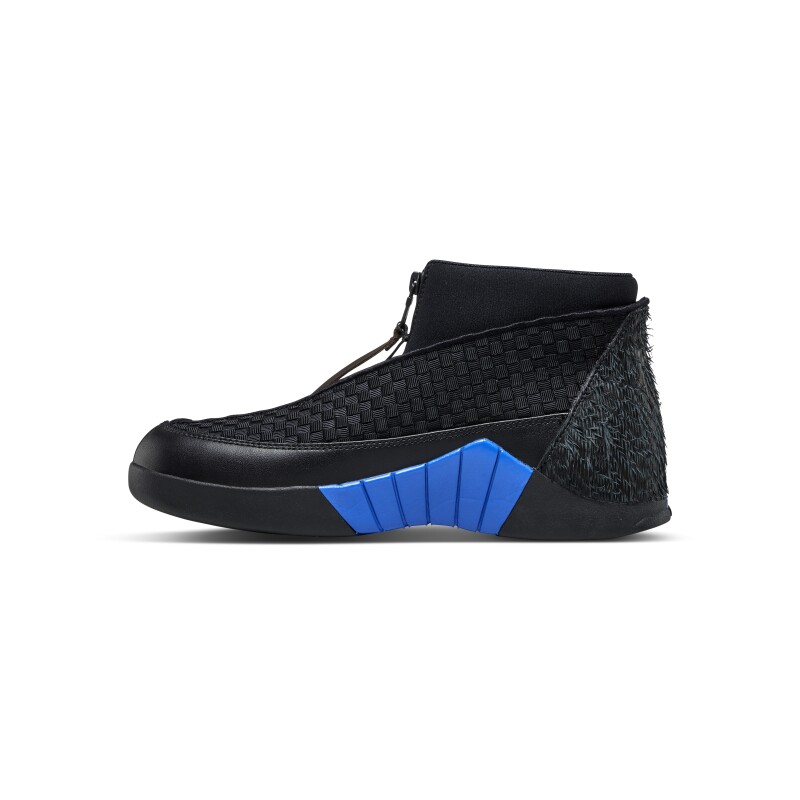 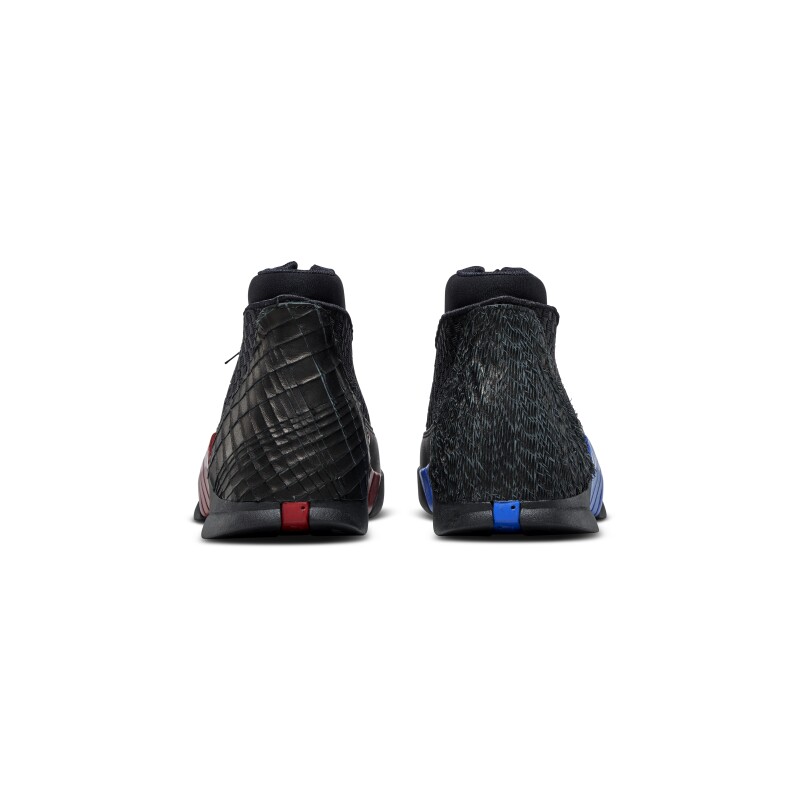 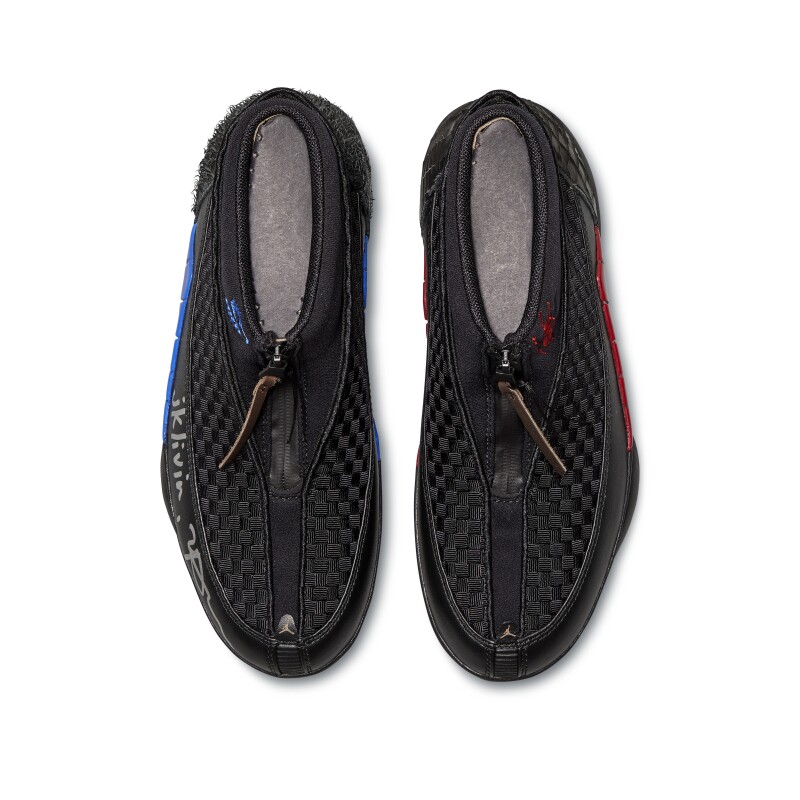 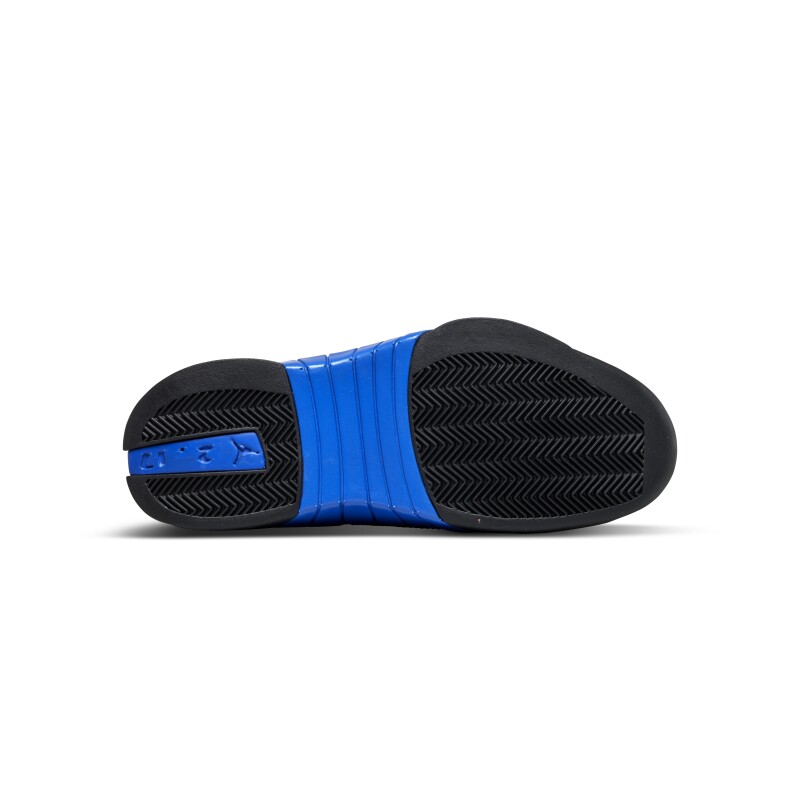 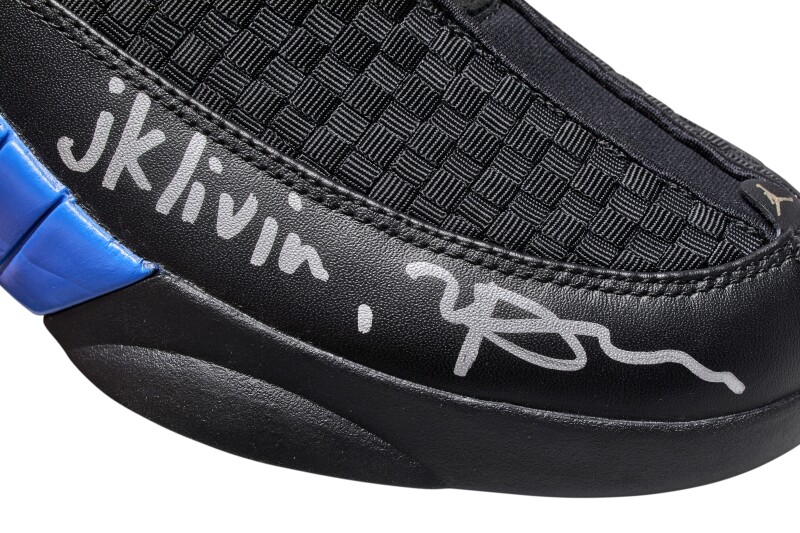 One of only ten limited-edition Kubo Air Jordan XV pairs that were autographed by Matthew McConaughey for the LAIKA sponsored auction benefiting the Just Keep Livin Foundation. Nike collaborated with LAIKA to create a shoe inspired by the movie Kubo and the Two Strings. Previous collaborations between Nike and LAIKA include the films Coraline, Paranorman, Boxtrolls and Missing Link.