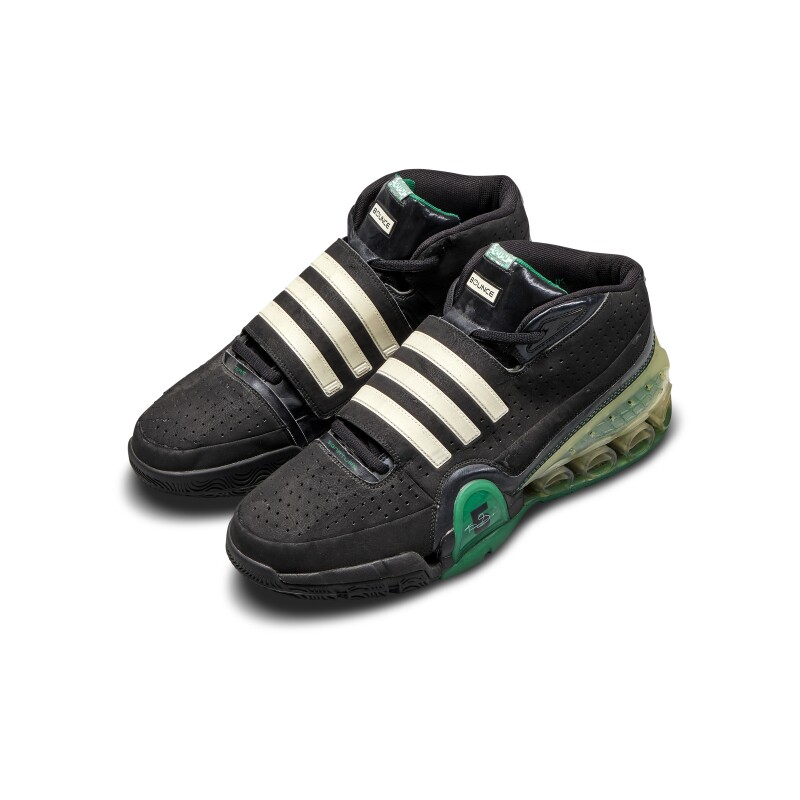 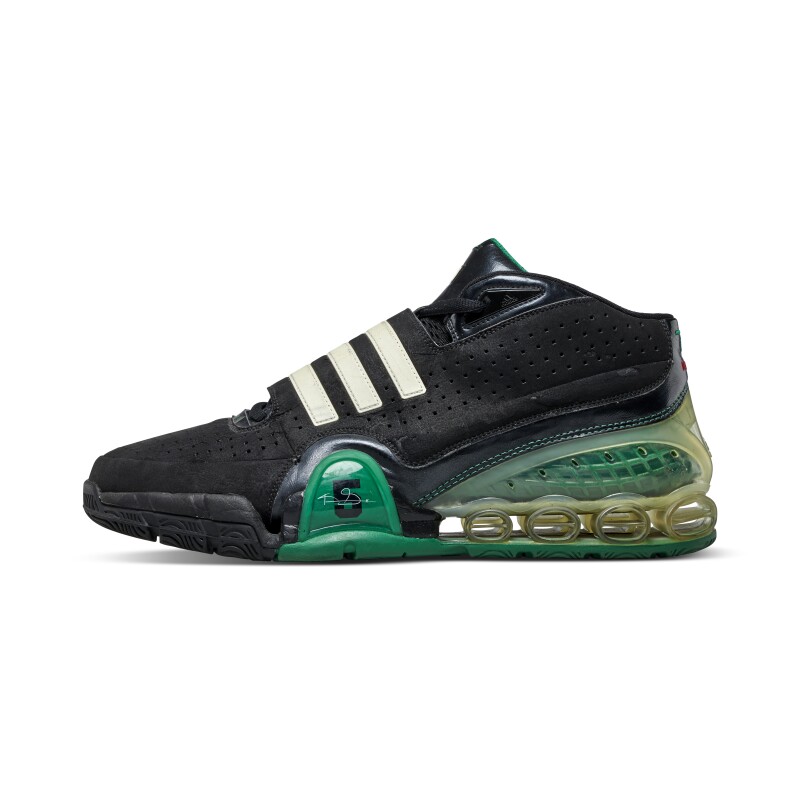 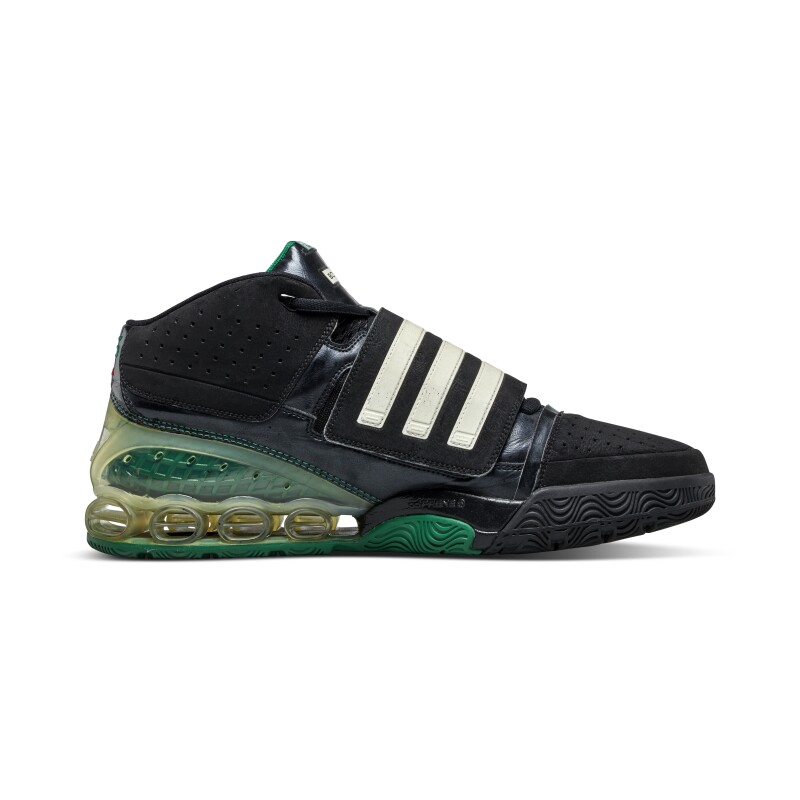 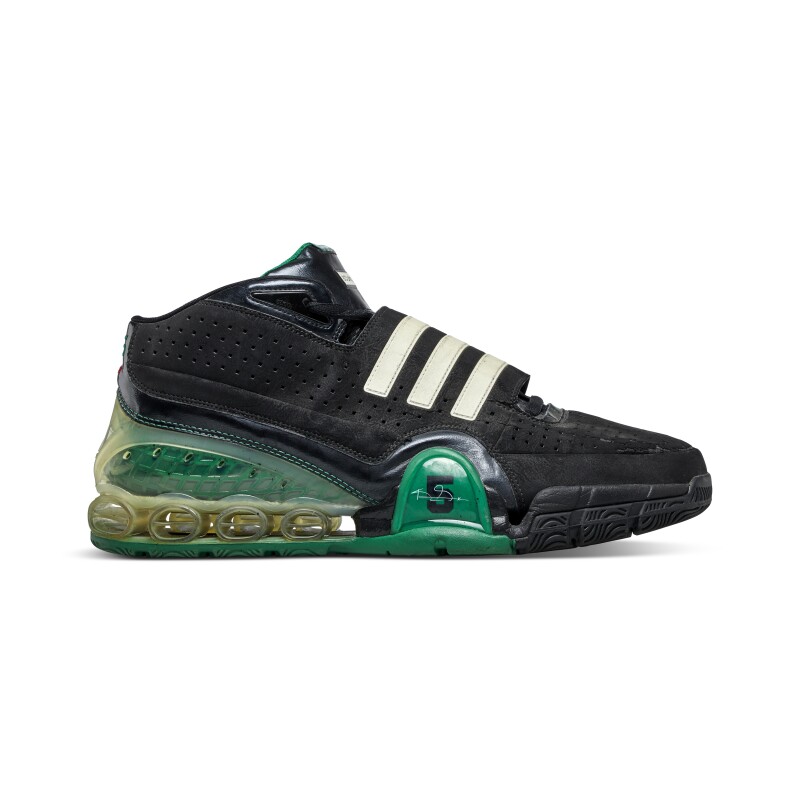 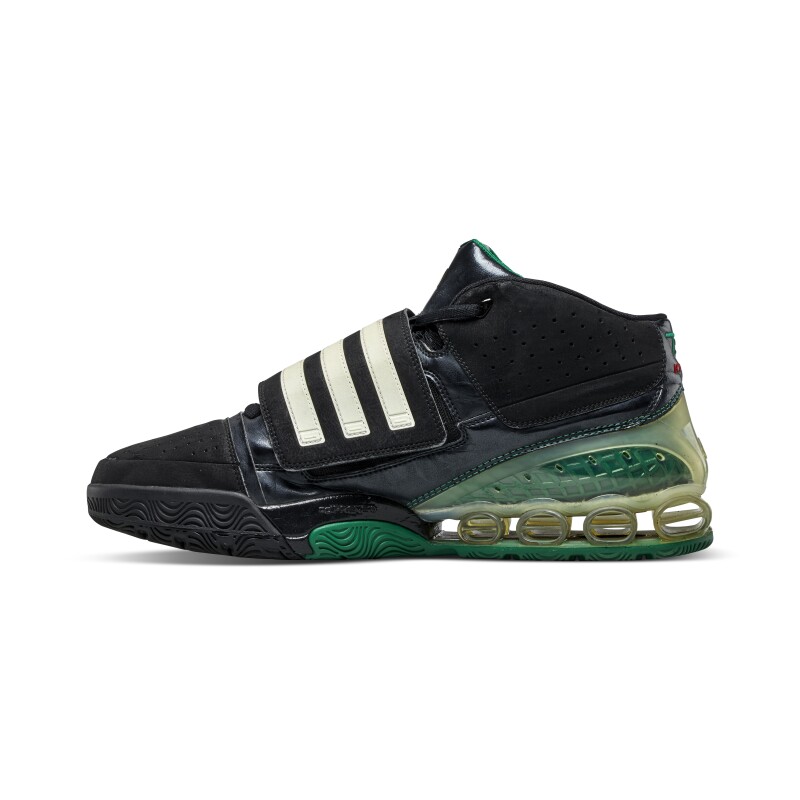 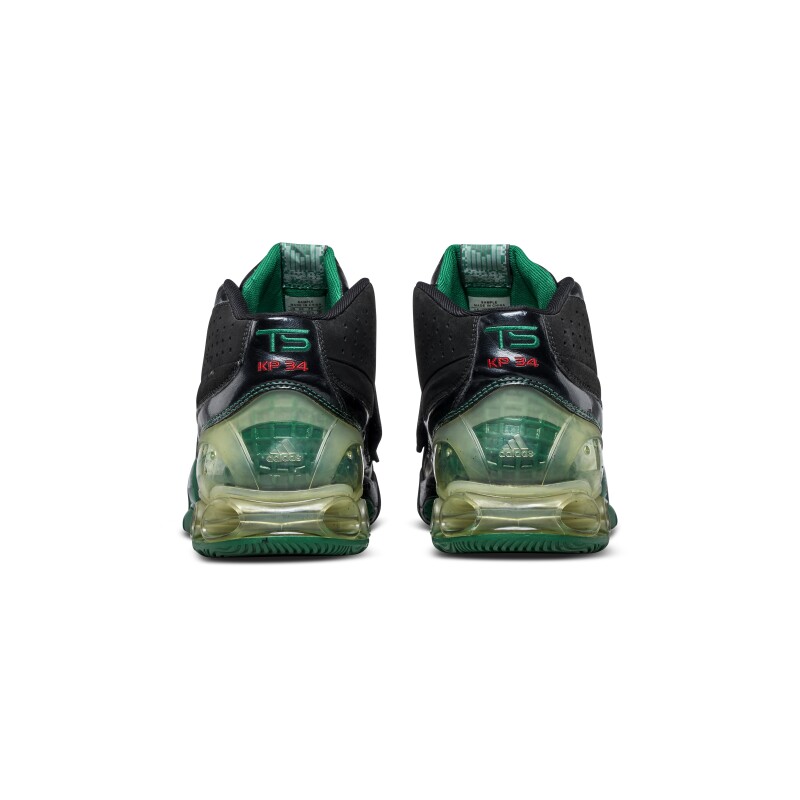 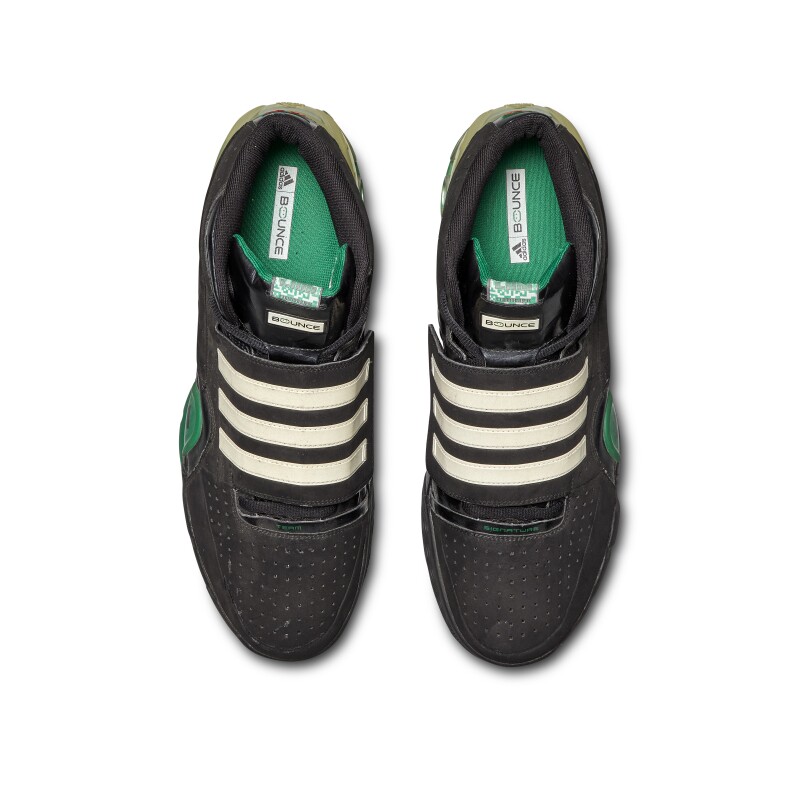 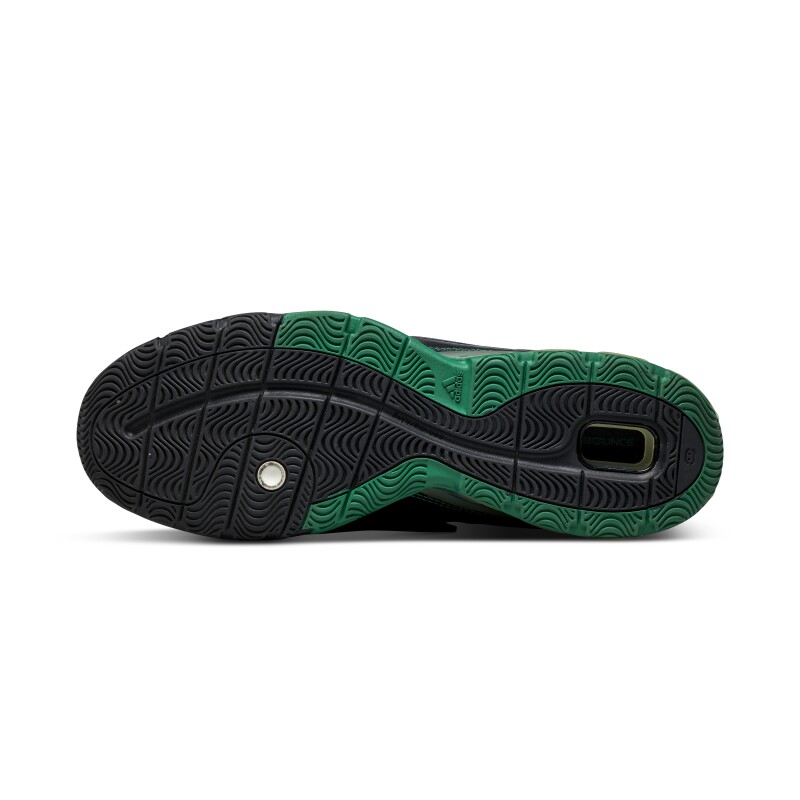 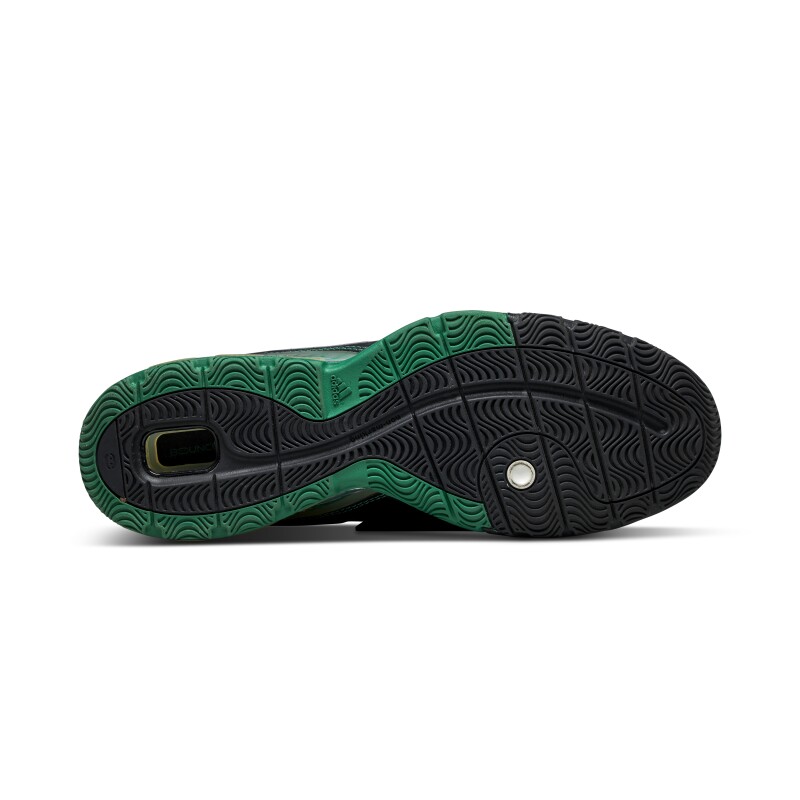 These player exclusive sneakers were worn by Kevin Garnett in the 2008-2009 season while playing for the Boston Celtics. In 2016 Garnett ended his 21 year career as a 15 time All-Star performer and 1 of only 4 players in NBA history to win MVP and Defensive Player of the Year. He is a 9 time All-Defensive First Team Performer and 2008 NBA Champion with the Boston Celtics. In August of 2020, Kevin Garnett was inducted into the Basketball Hall of Fame, an honor he shares with Kobe Bryant and Tim Duncan.

This pair of Team Signature Bounce Commander sample shoes were created exclusively for Kevin Garnett. The unique ‘Bounce’ technology is comprised of a midsole that stretches and springs back to propel the next step.

Areas of sole have discolored due to age.