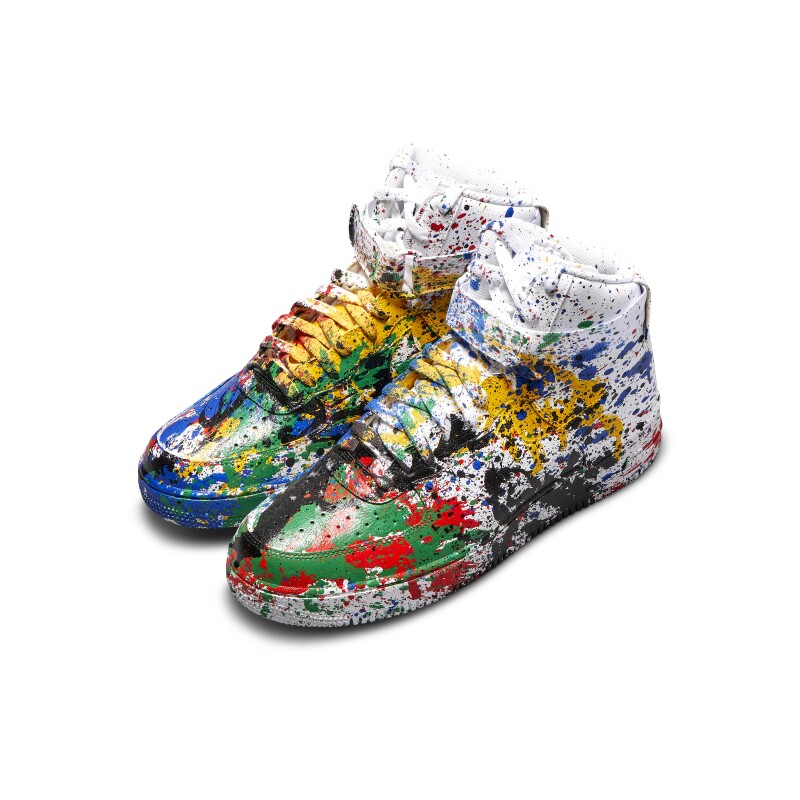 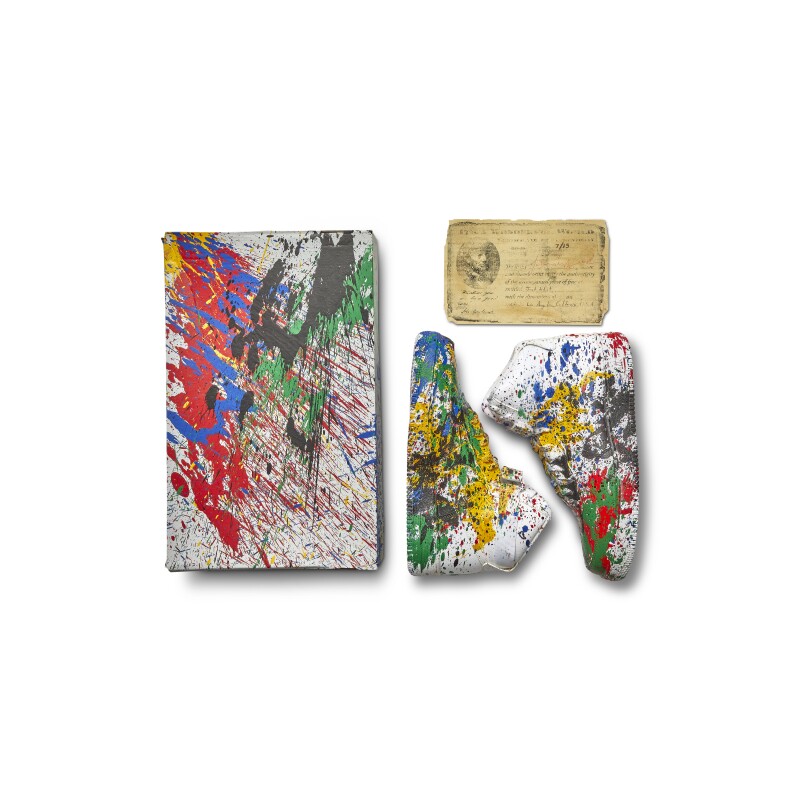 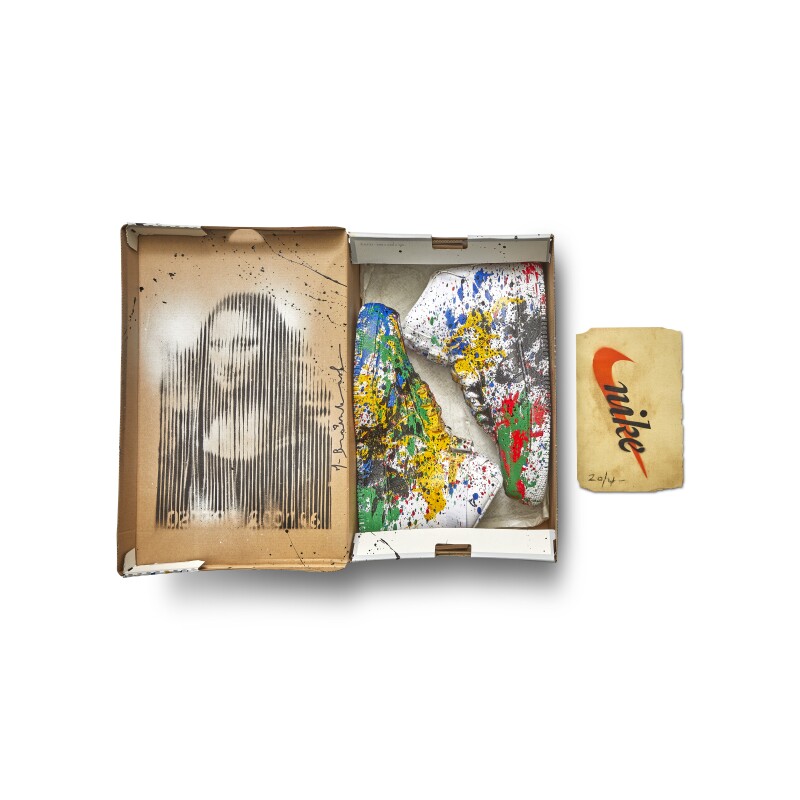 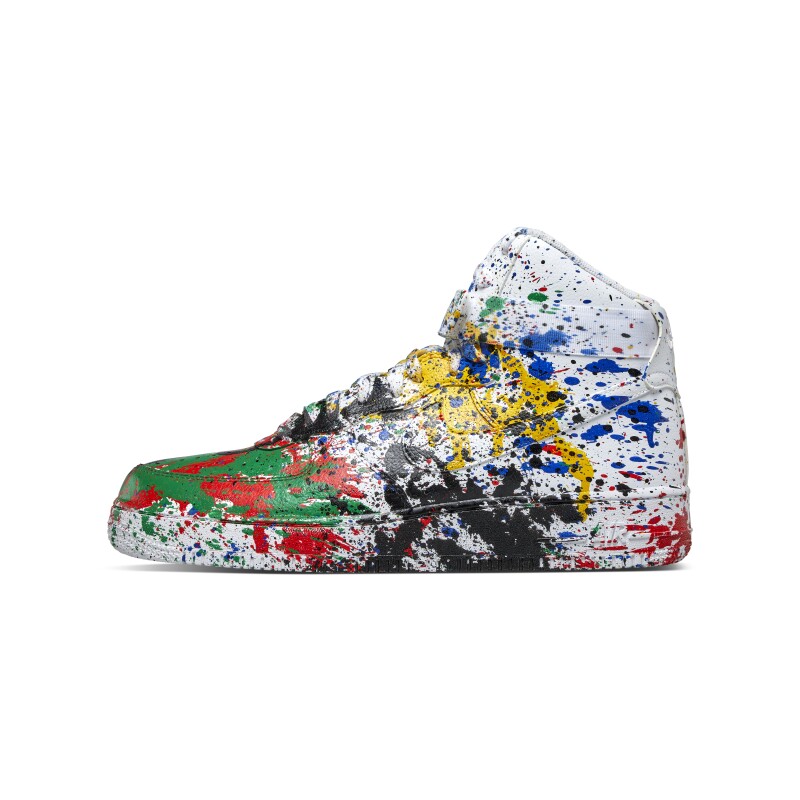 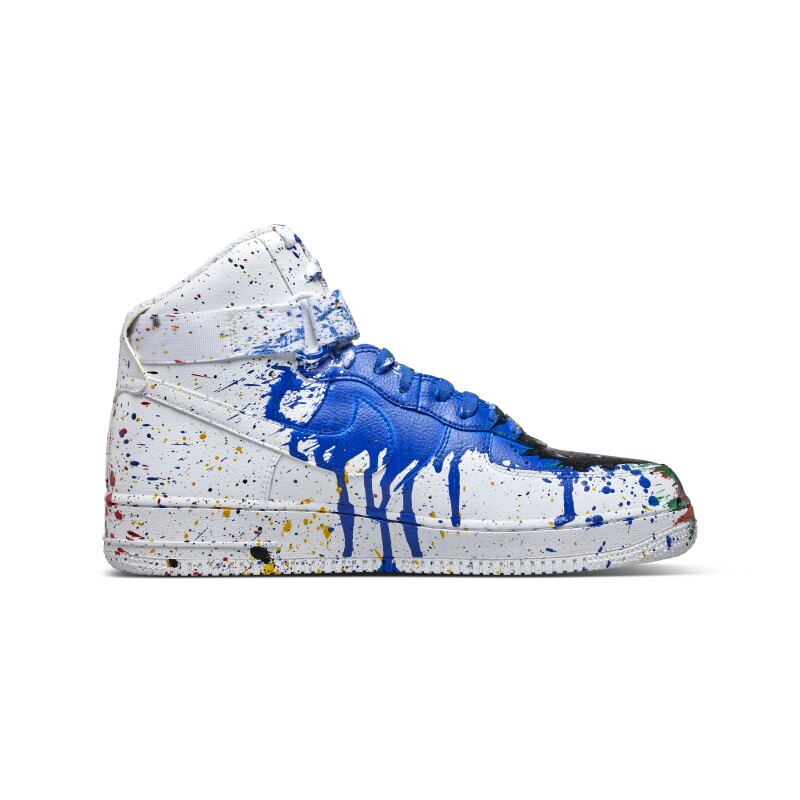 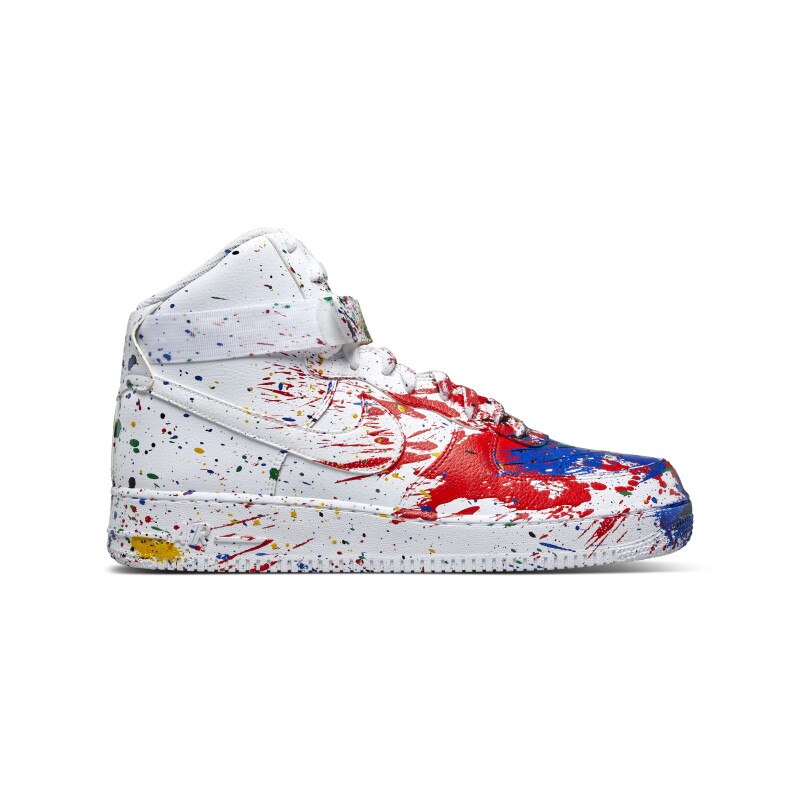 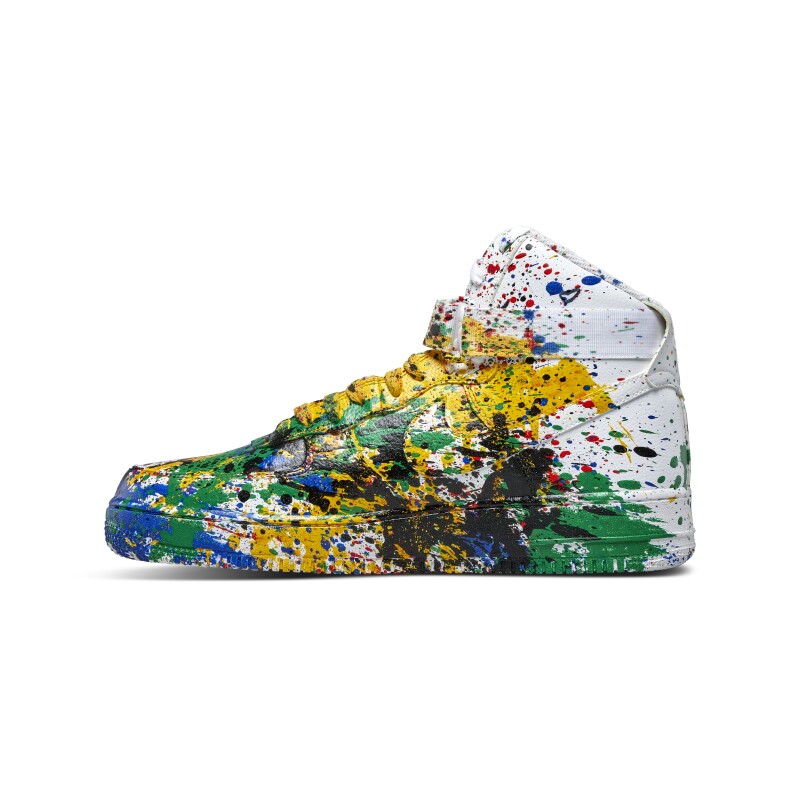 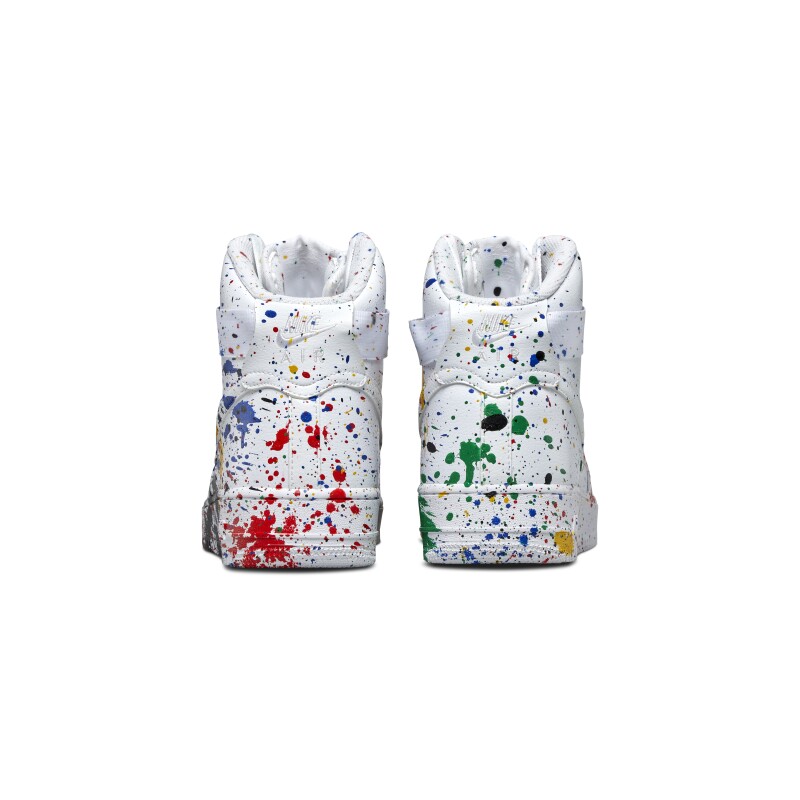 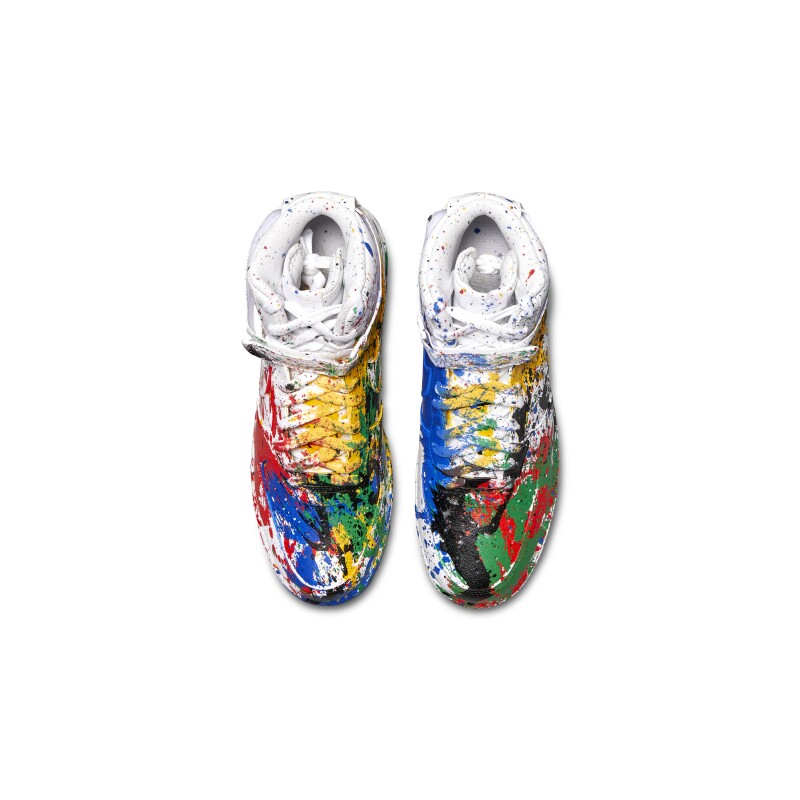 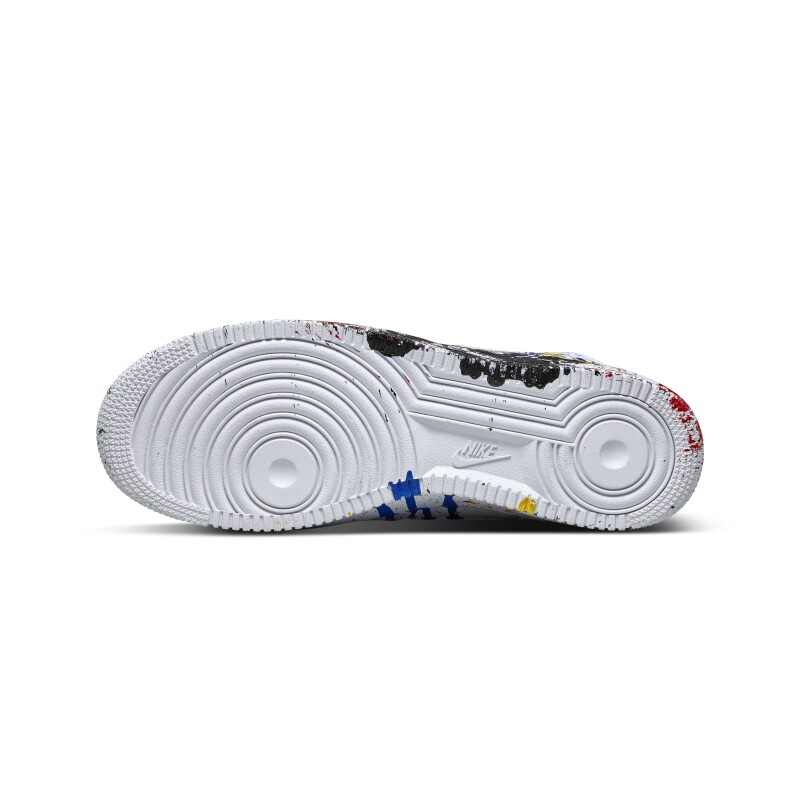 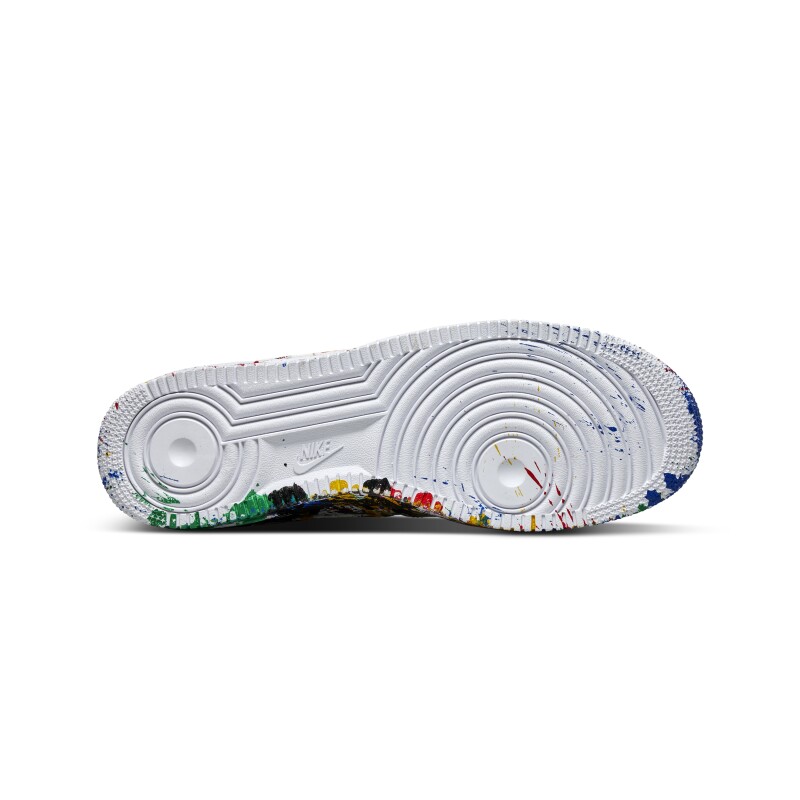 Number seven of only thirteen Air Force 1s painted by the street artist Mr. Brainwash, who gained notoriety as the central figure of Banksy’s Oscar-nominated documentary Exit Through the Gift Shop. The Air Force 1 was the first basketball shoe to feature revolutionary air pocket technology. Today it is one of Nike’s most iconic, bestselling sneakers.