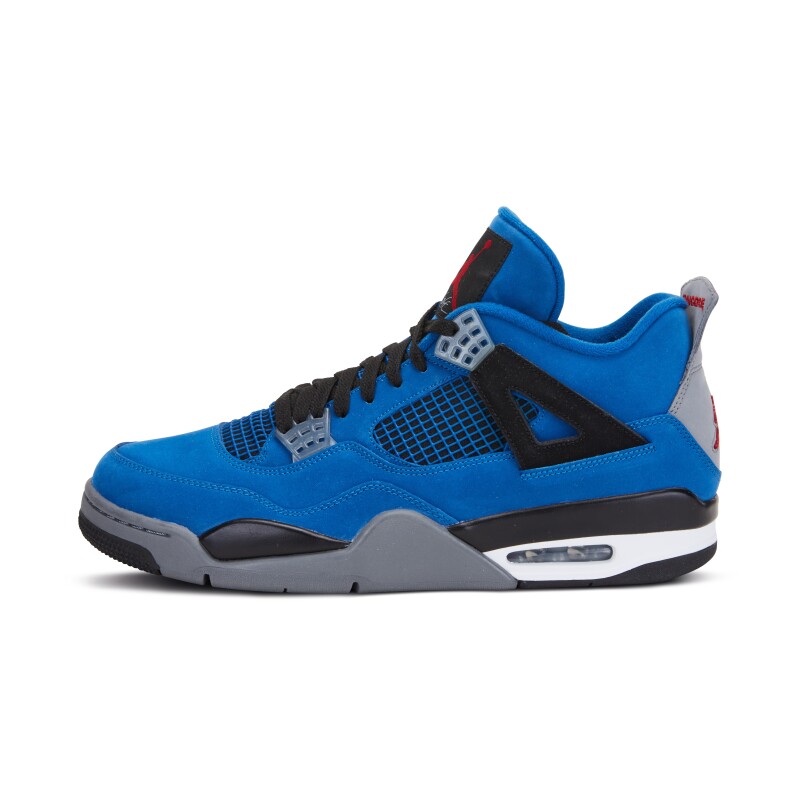 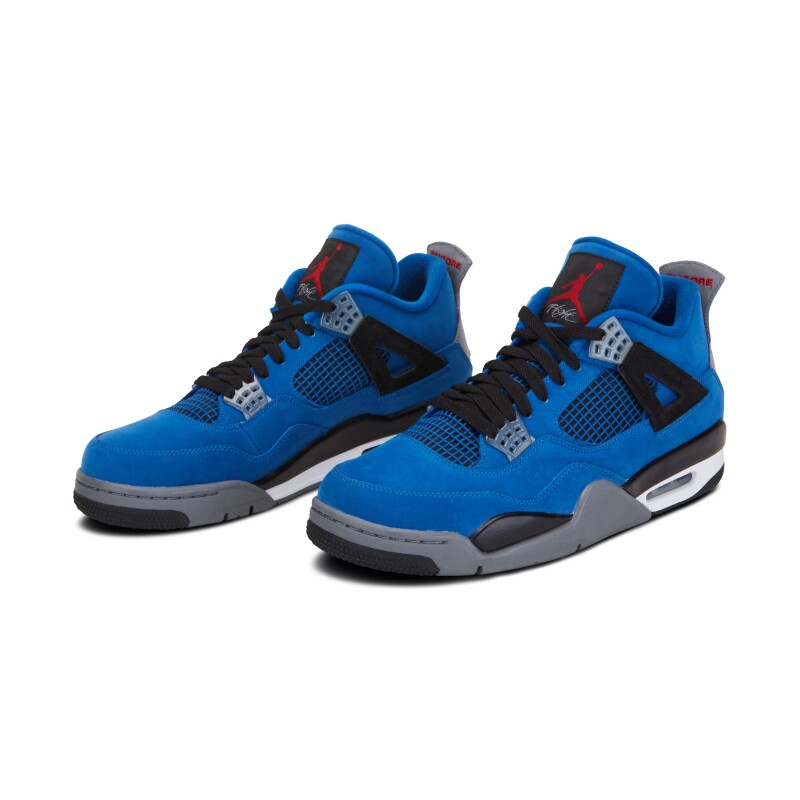 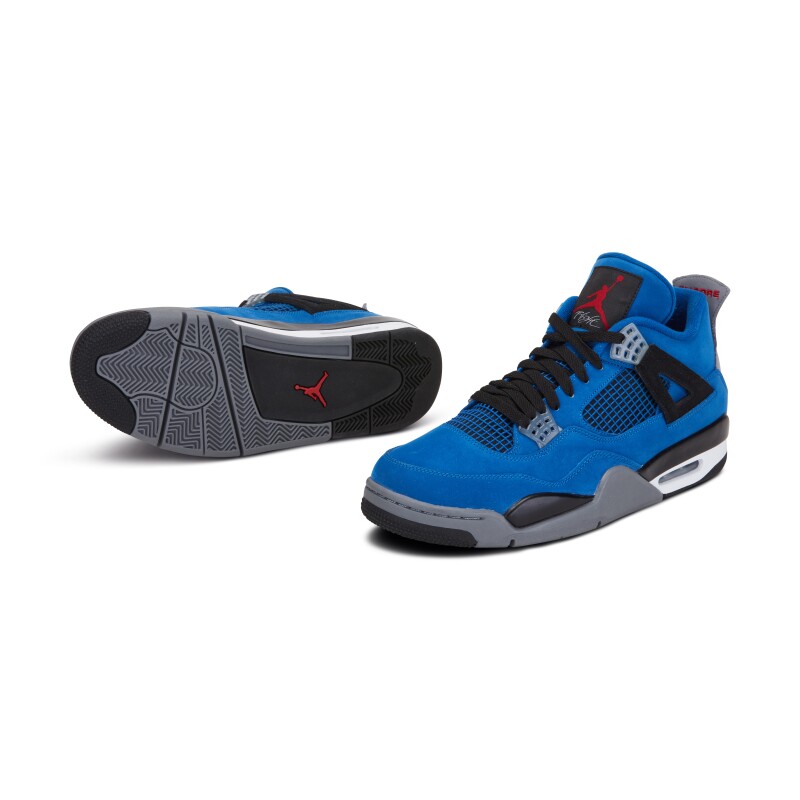 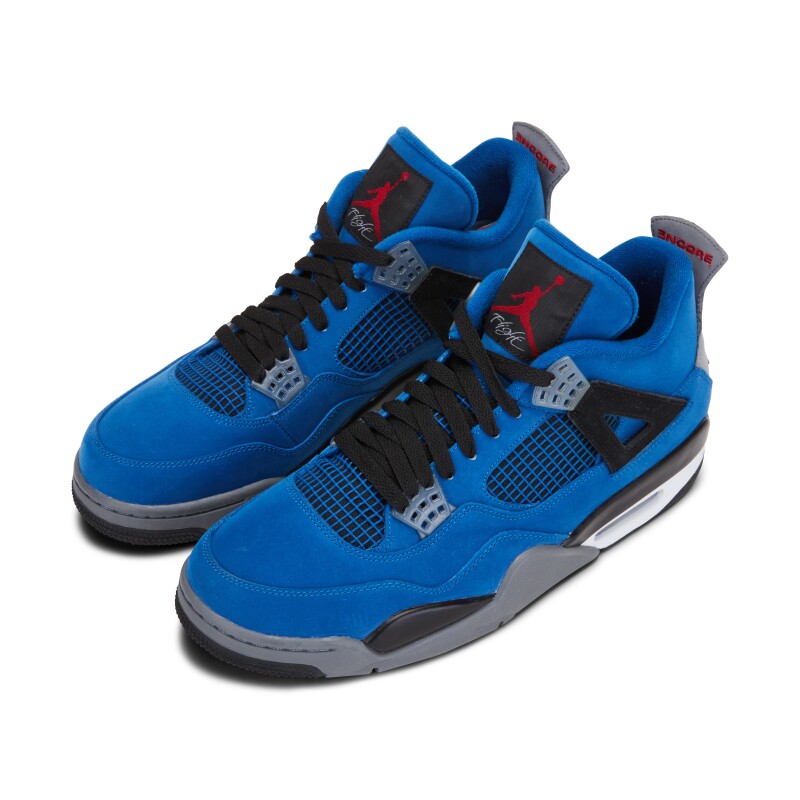 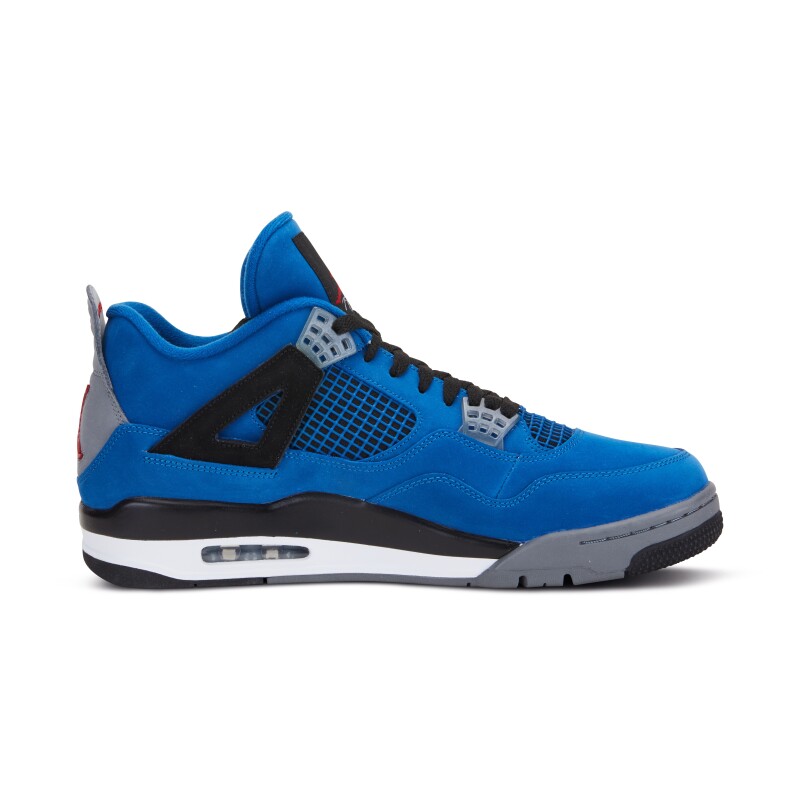 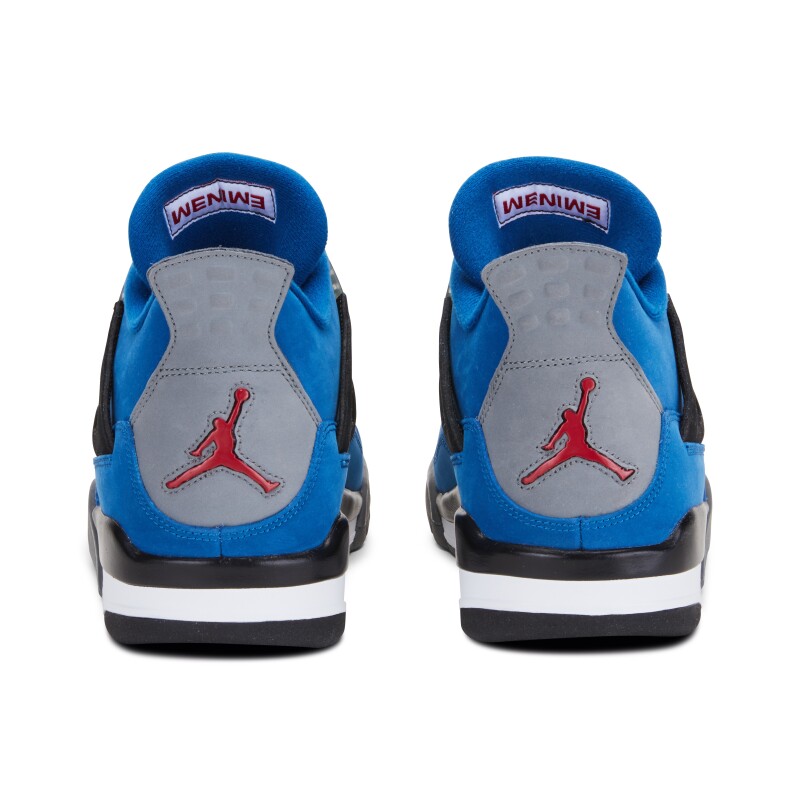 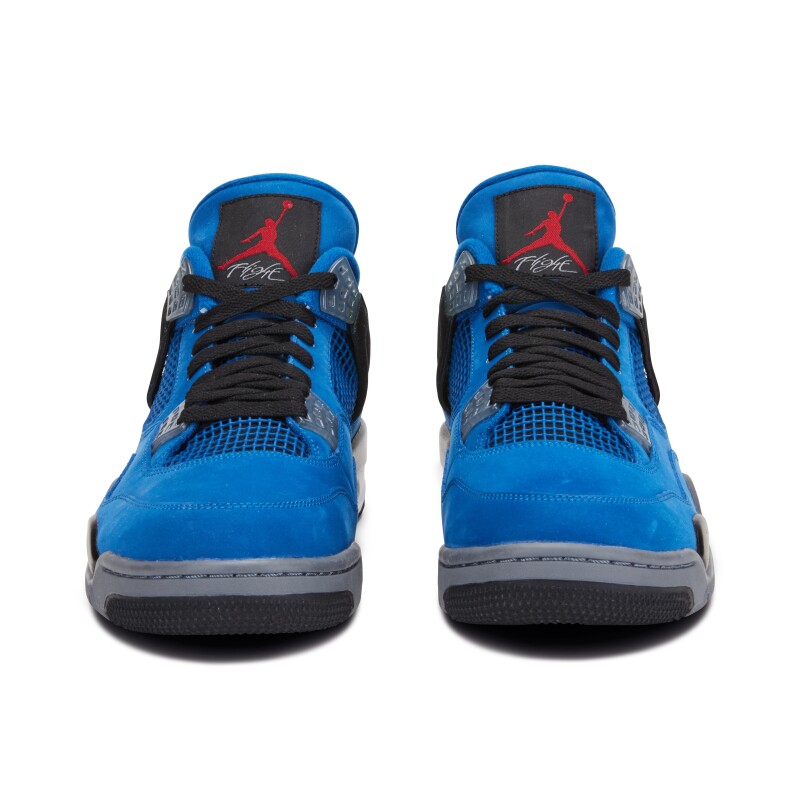 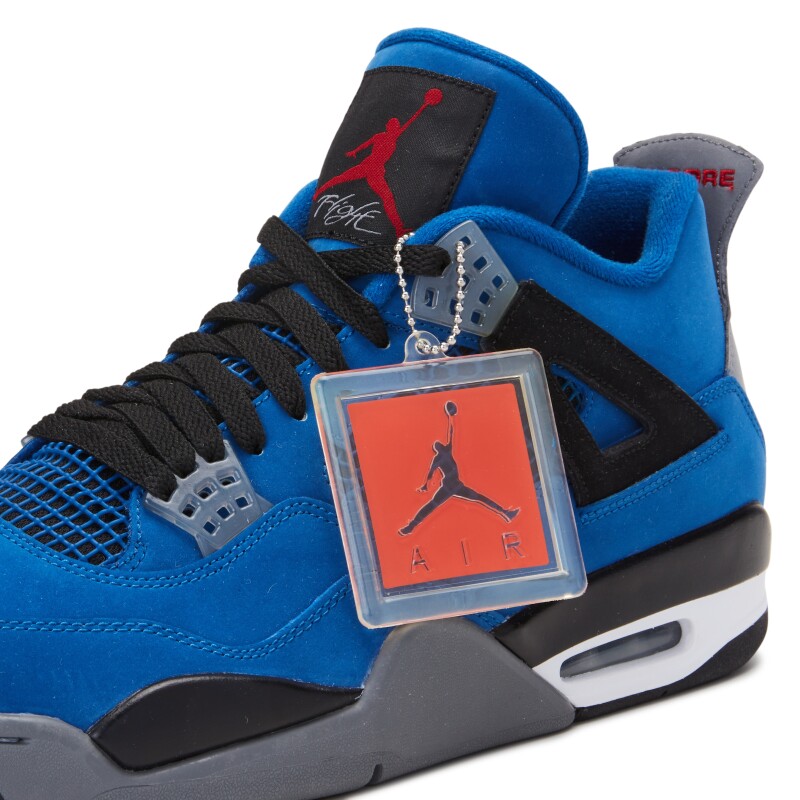 Considered one of the rarest releases of Air Jordan IV’s, the Eminem “ENCORE” has become a long sought after addition to many sneakerheads collections. Initially in 2005, Eminem and Nike teamed up to create a special blue, red, and black colorway of the Air Jordan IV to commemorate the release of his “ENCORE” album. Due to the original release's popularity, the Nike Air Jordan IV Retro Eminem “ENCORE” were re-released in 2017 to coincide with Eminem’s “Revival” album. The 2017 Air Jordan IV Retro Eminem “ENCORE” features a slightly lighter shade of grey on the heel tab and wings, a lighter shade of blue throughout, and a lighter sole, but all other details stay true to the original release. Details include light grey lacing cages, a translucent air unit, and dark grey outsoles. A red Jumpman logo is featured on the tongue, heel, and sole of each shoe.