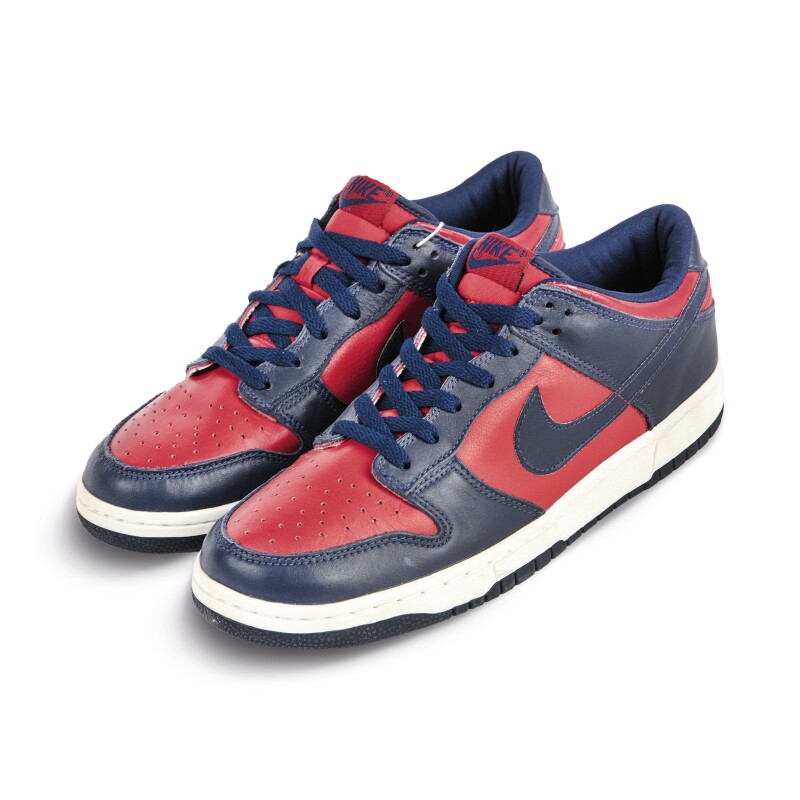 Originally released in 1985, Dunks have become one of the most iconic sneaker styles of all time and a blank canvas for design inspiration. This specific pair, from 1999, was first released in the 1985 Nike ‘College Colors’ program. The colorway is inspired by the University of Arizona Wildcats in Varsity Red and Midnight Navy.