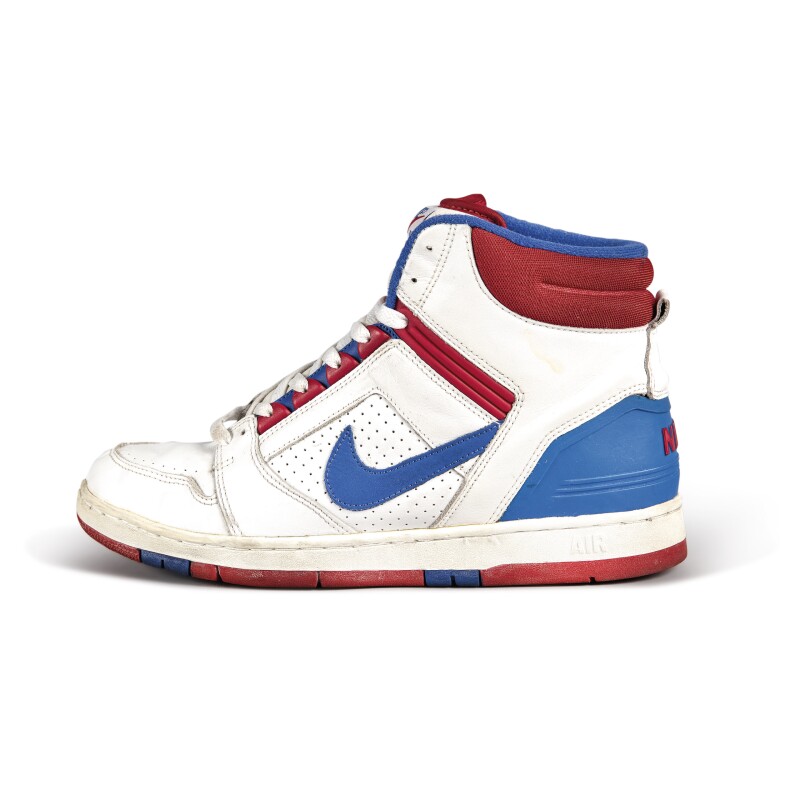 The Nike Air Force II was originally released in 1987 as a follow up to the popular Air Force 1 and gained notoriety when worn by NBA players, including Charles Barkley. These Retro shoes are the same iconic colorway Charles Barkley wore to match his Philadelphia 76ers uniform. DJ AM was from Philadelphia and they were the first Nikes he fell in love with when he was a kid.

Soles have residue from street wear.

Leather has cracked at tongues.