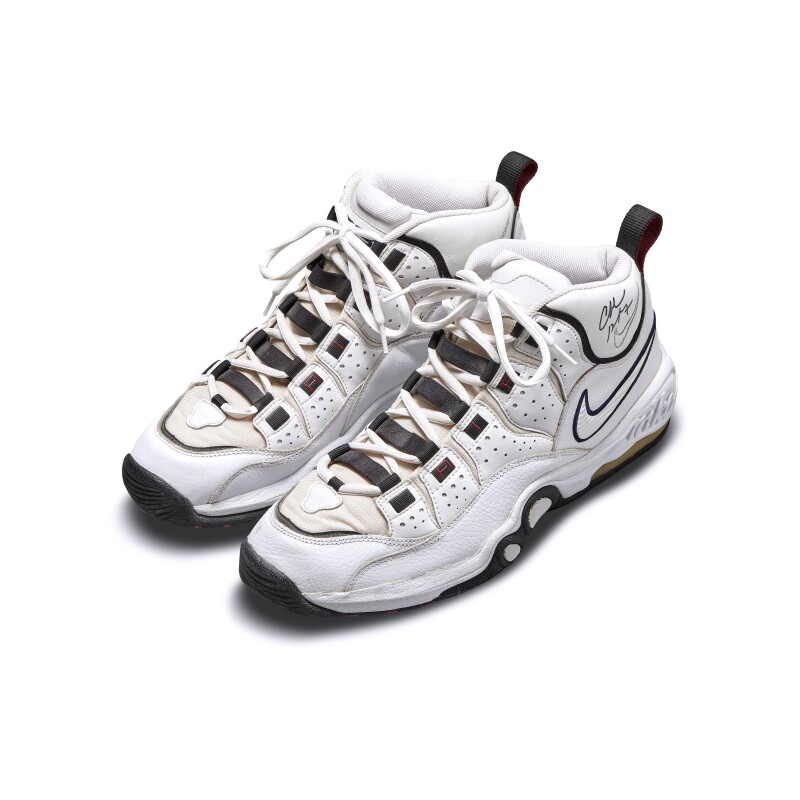 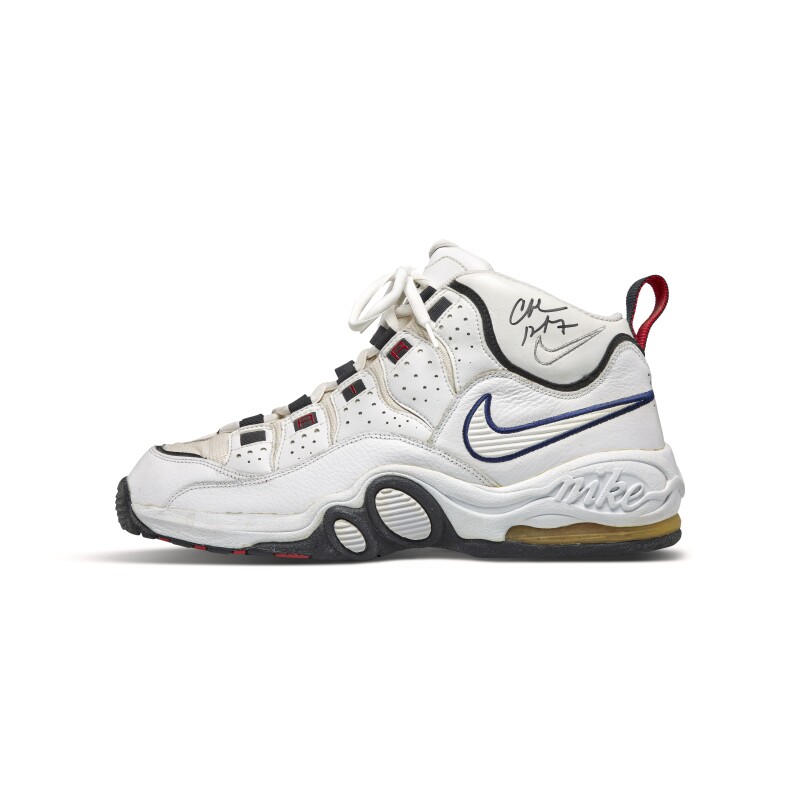 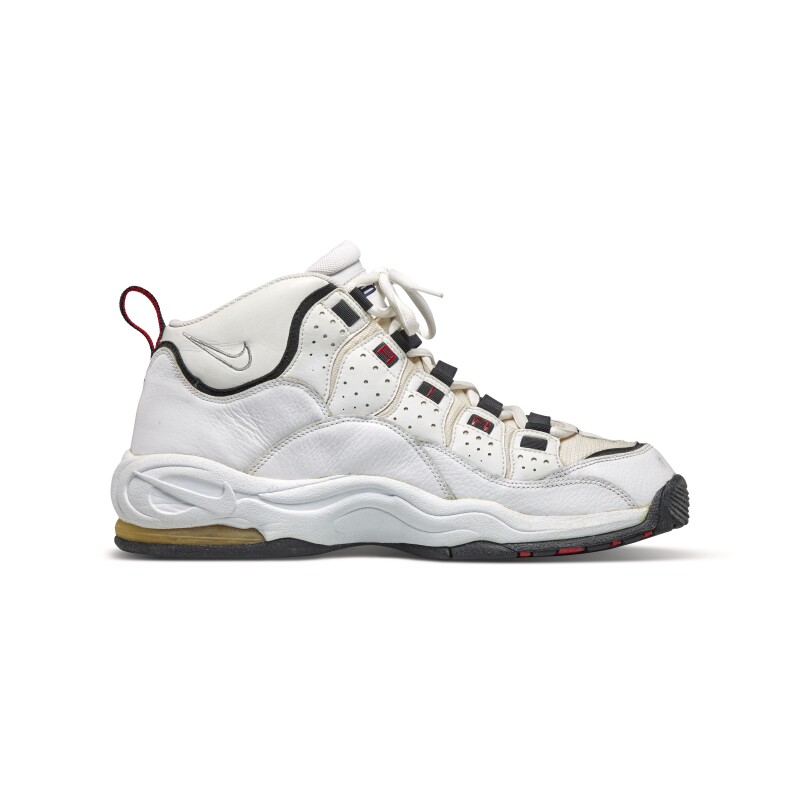 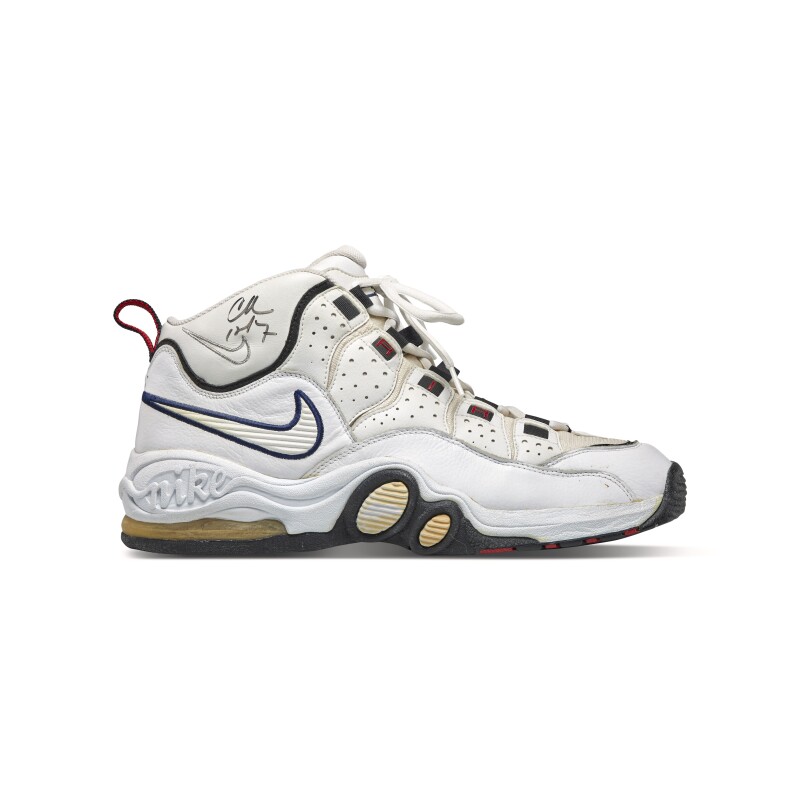 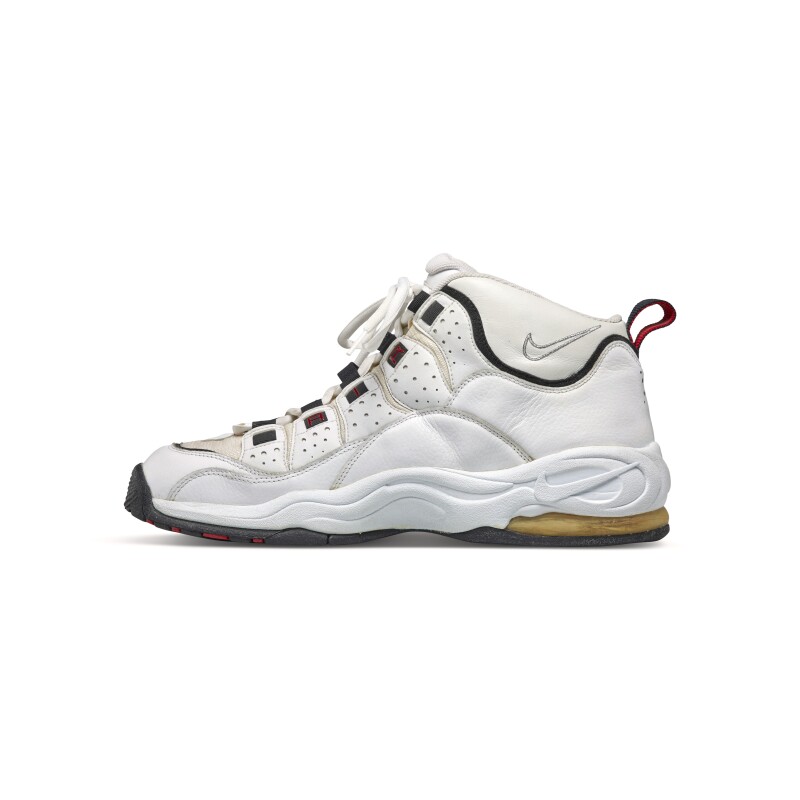 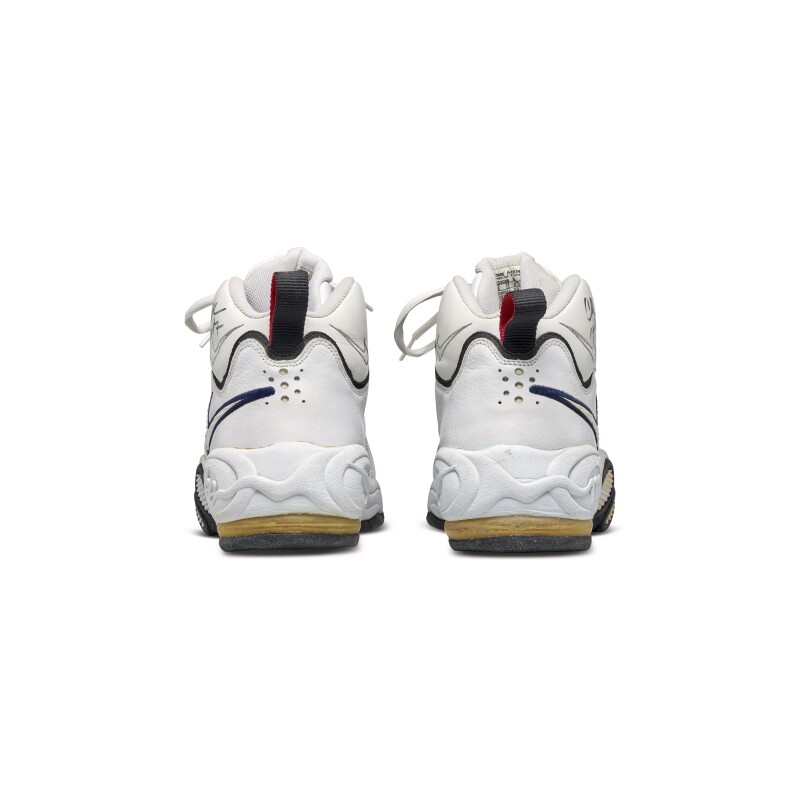 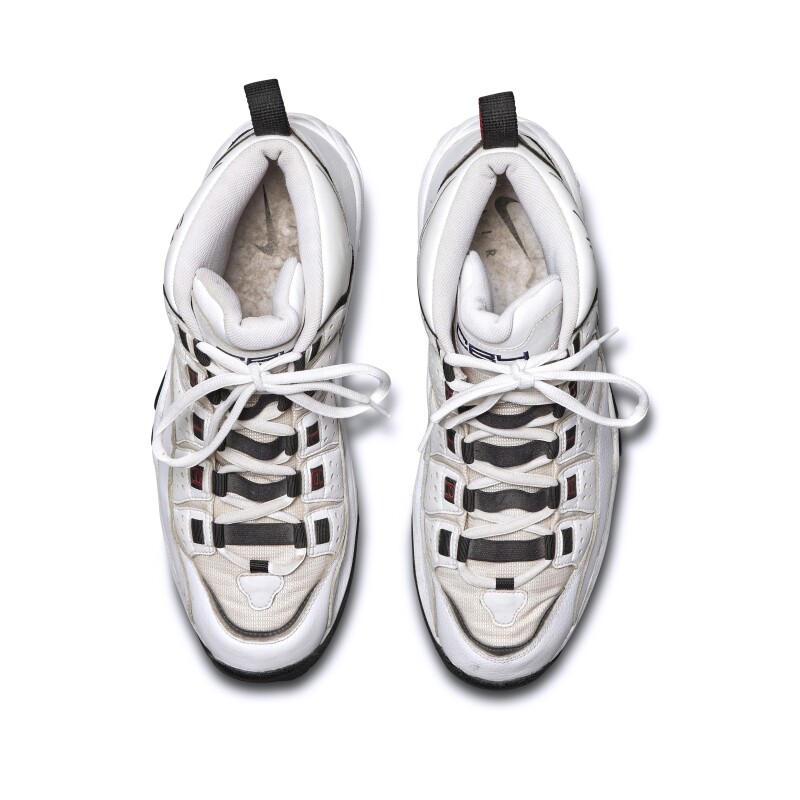 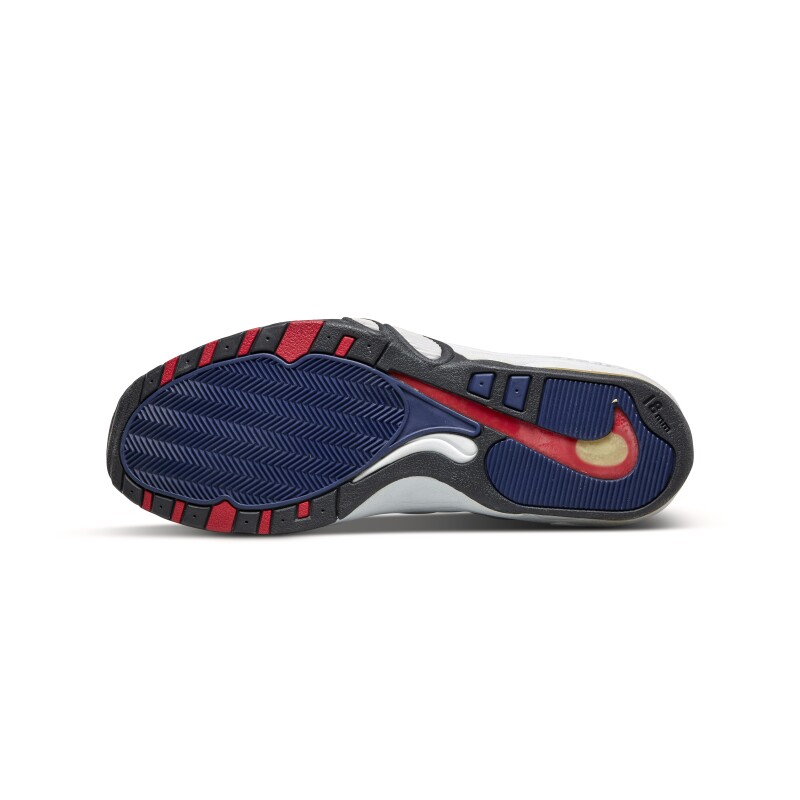 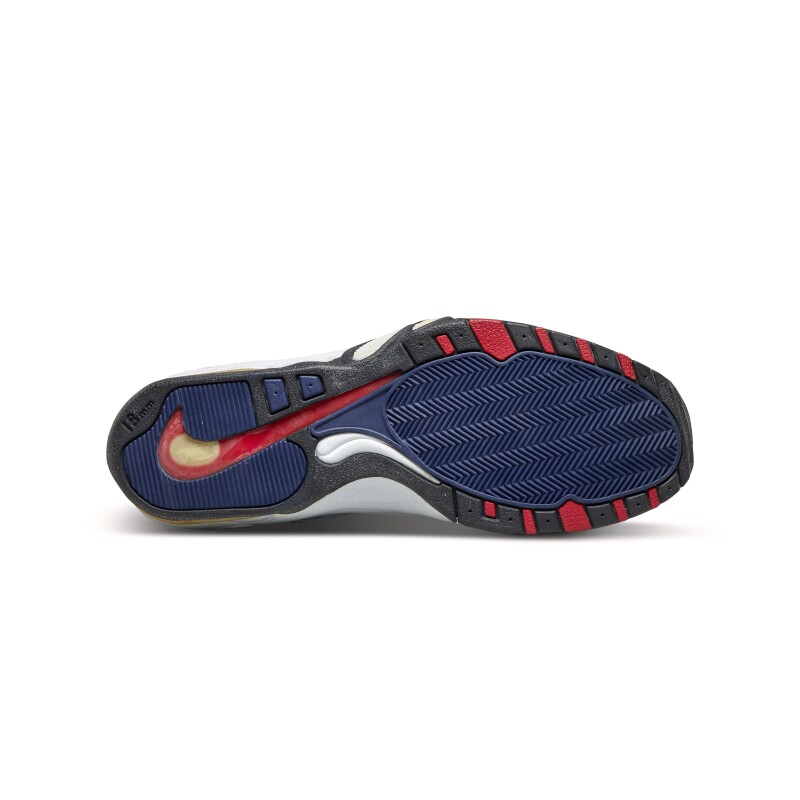 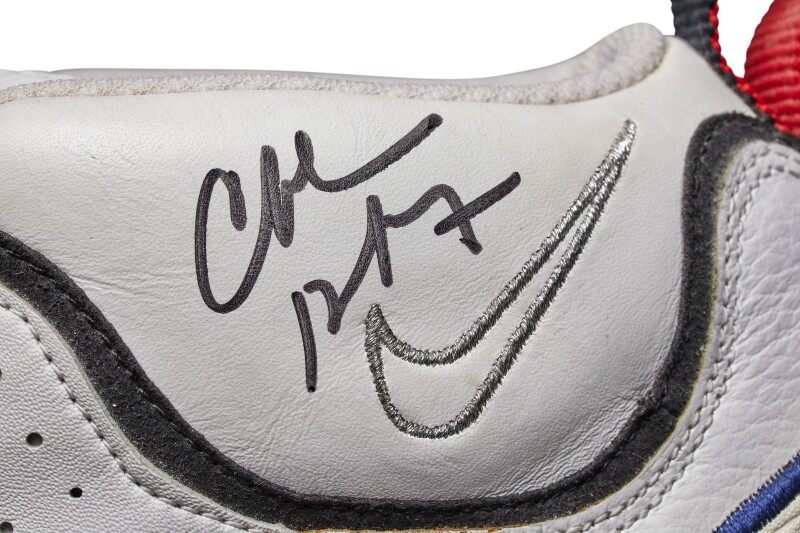 The Air Super CB was Barkley’s first signature sneaker as a Houston Rocket. They have a classic ‘90s style that feature a lower profile than Barkley’s other signature models. The design has a visible Air Max bubble, providing impact-resistant cushioning, a necessity as ‘Sir Charles’ battled with knee problems at this point in his career.

Visible air bubble has discolored due to age.