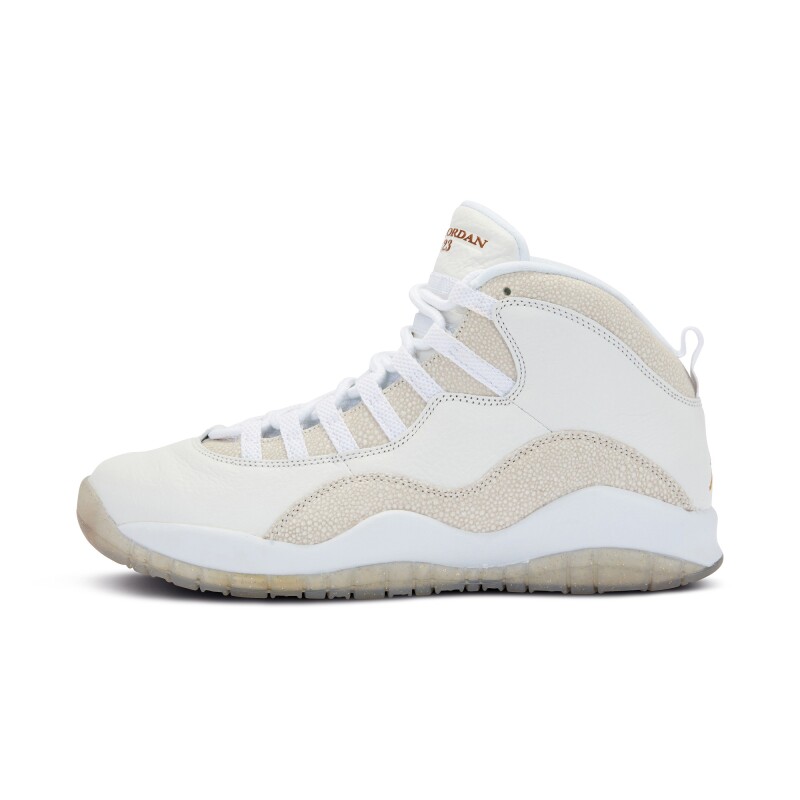 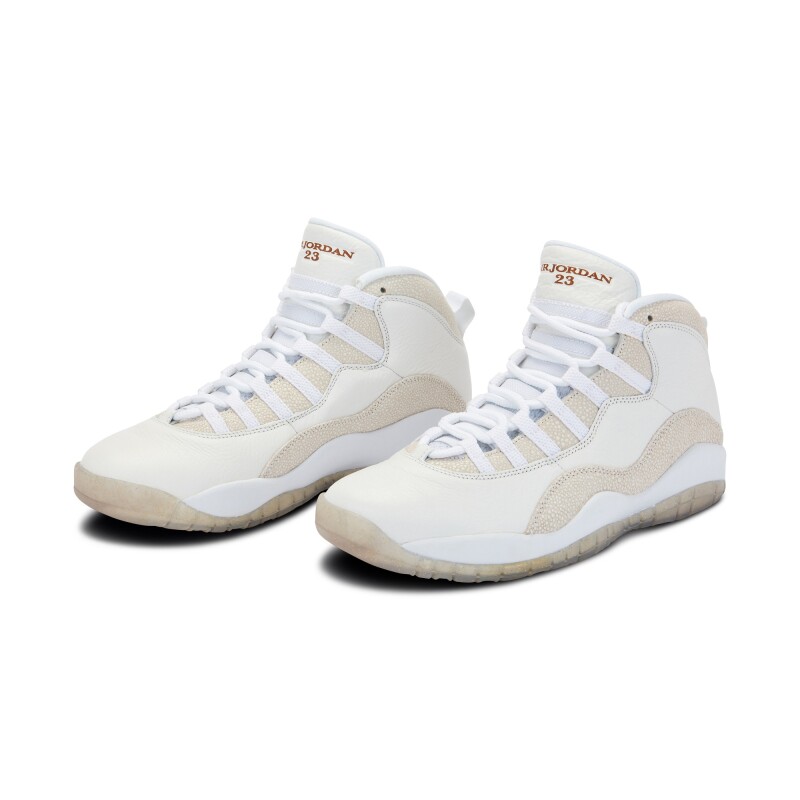 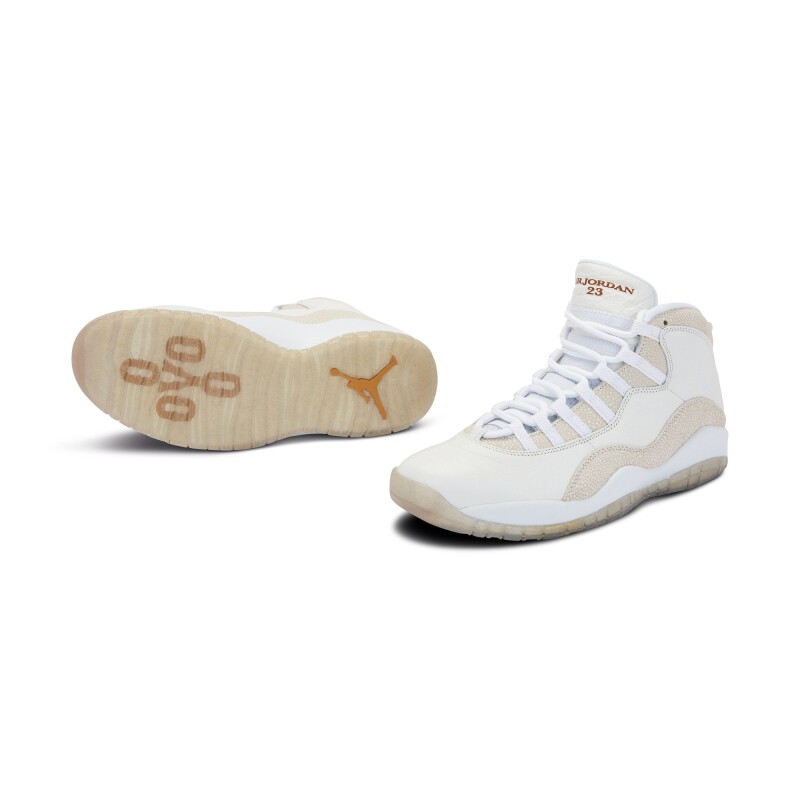 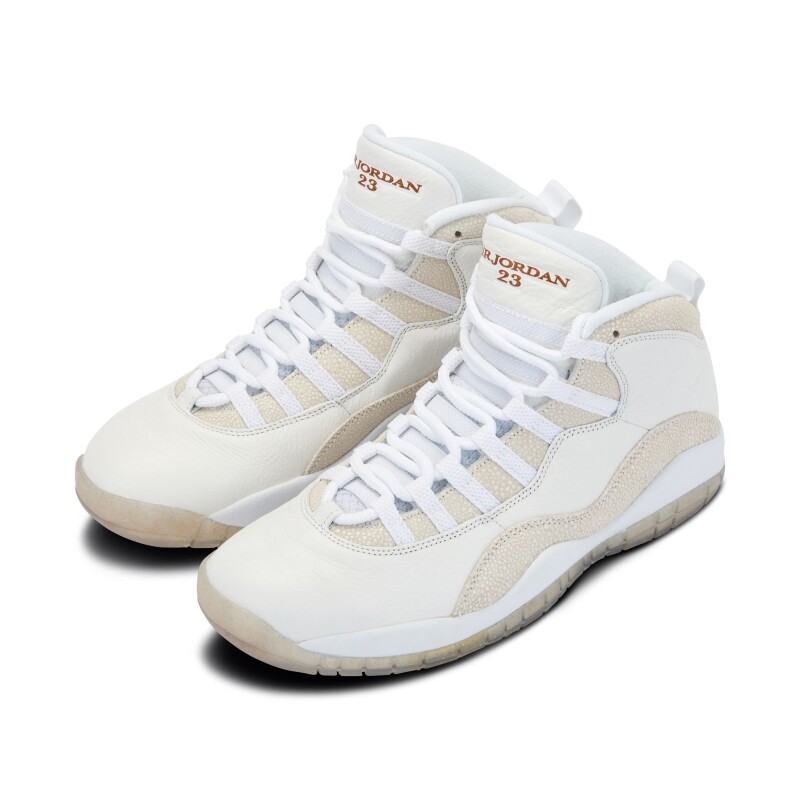 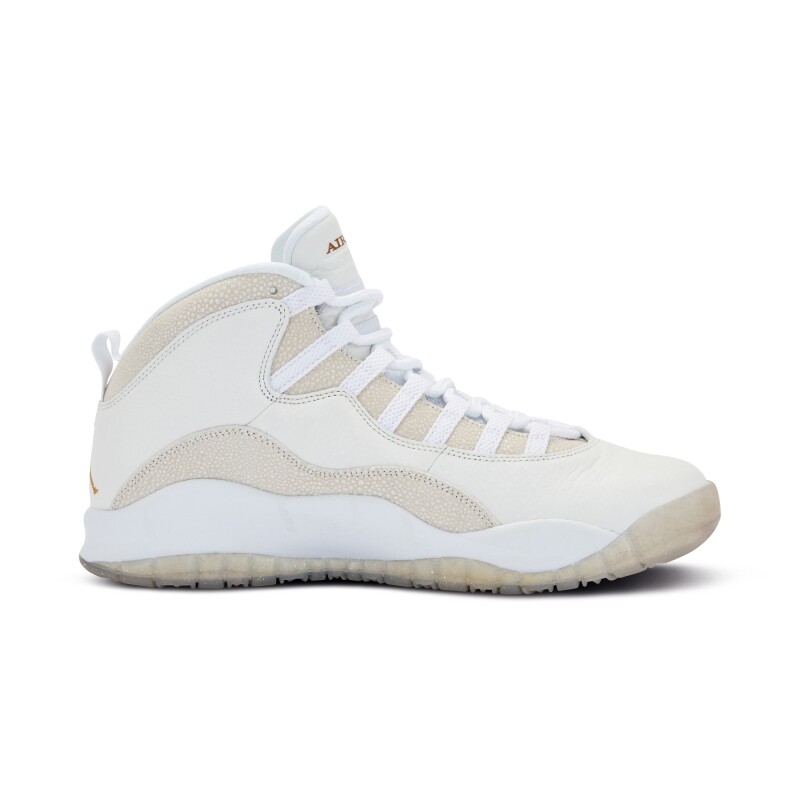 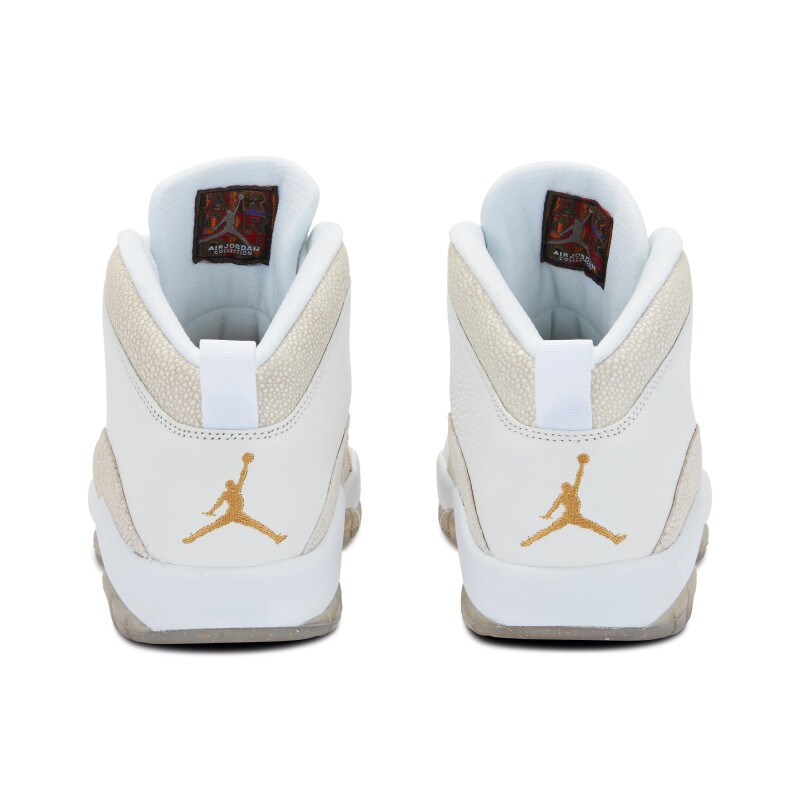 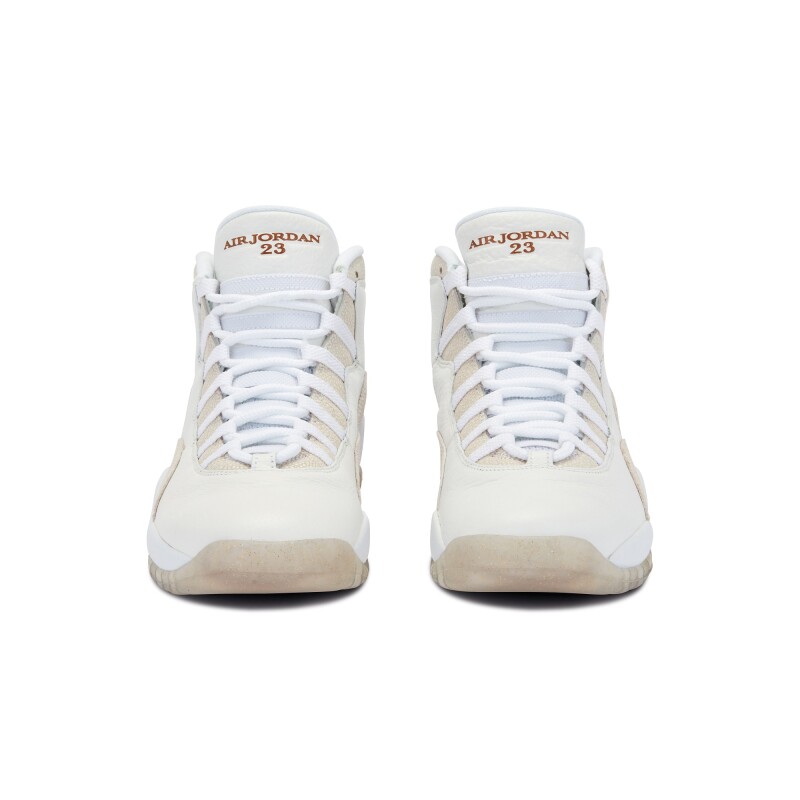 The Air Jordan X, designed by Tinker Hatfield, was originally released in 1994. In 2016, the original Air Jordan X was updated in a collaboration with Drake’s October’s Very Own (“OVO”) label and released during the NBA All-Star weekend. The Air Jordan X Retro OVO features a sleek monochromatic look comprised of premium tumbled off-white leather and faux stingray and a translucent outsole. The shoe features a gold Jumpman logo on the heel and a gold "Jordan 23" on the tongue.