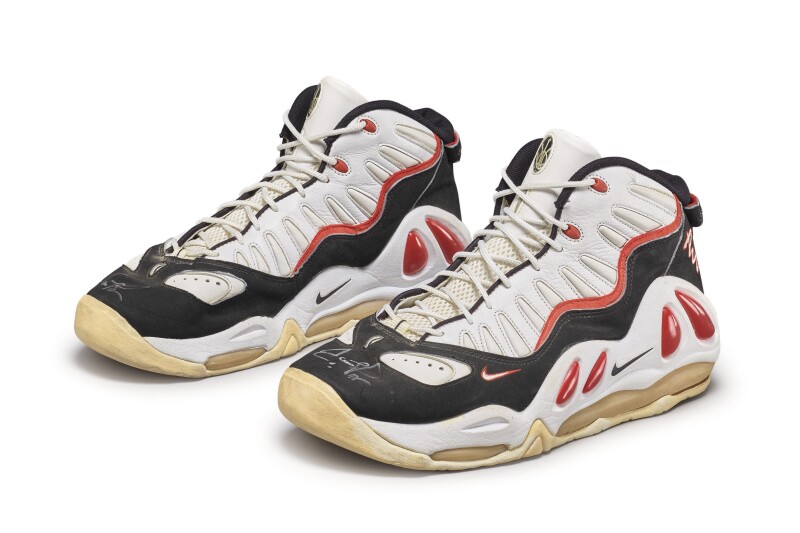 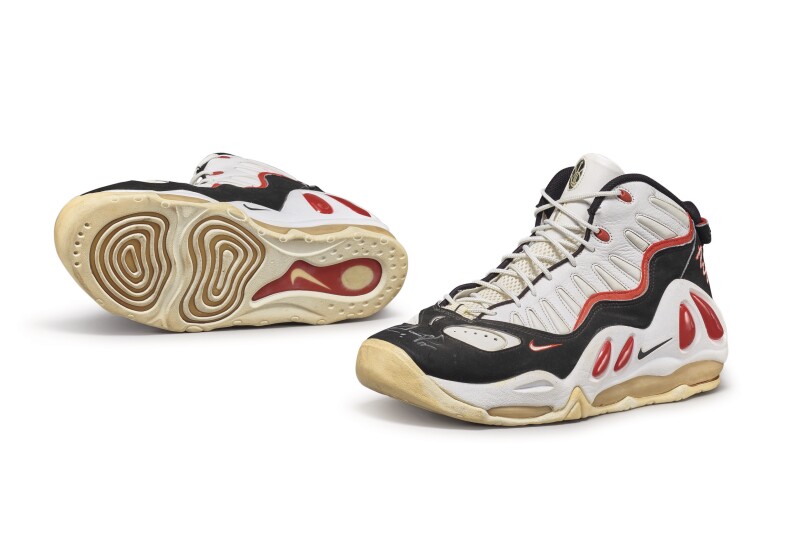 These sneakers were worn and signed by Scottie Pippen during the 1996-1997 NBA season with the Chicago Bulls. The season would prove to be another memorable triumph for Pippen and the Bulls with 69 wins and a second consecutive NBA title. This Uptempo III is one of the last non-signature styles Pippen wore before switching to his first signature shoe with Nike, the Air Pippen, in the playoffs. Designed in signature Chicago Bulls colors, the sneaker features a wave design with tear drop-like accents.

By the time Pippen retired he was a 6 time NBA Champion, a 7 time NBA All-Star, the 1994 NBA All-Star Game MVP, and the 1995 NBA Steals Leader. He is widely considered one of the greatest players of all-time and is part of the trio, along with Dennis Rodman and Michael Jordan, that created the 90s dynasty of NBA Championships in Chicago.

Soles are loose from the visible air but remain attached.

Light grey discoloration on the inside of left shoe.