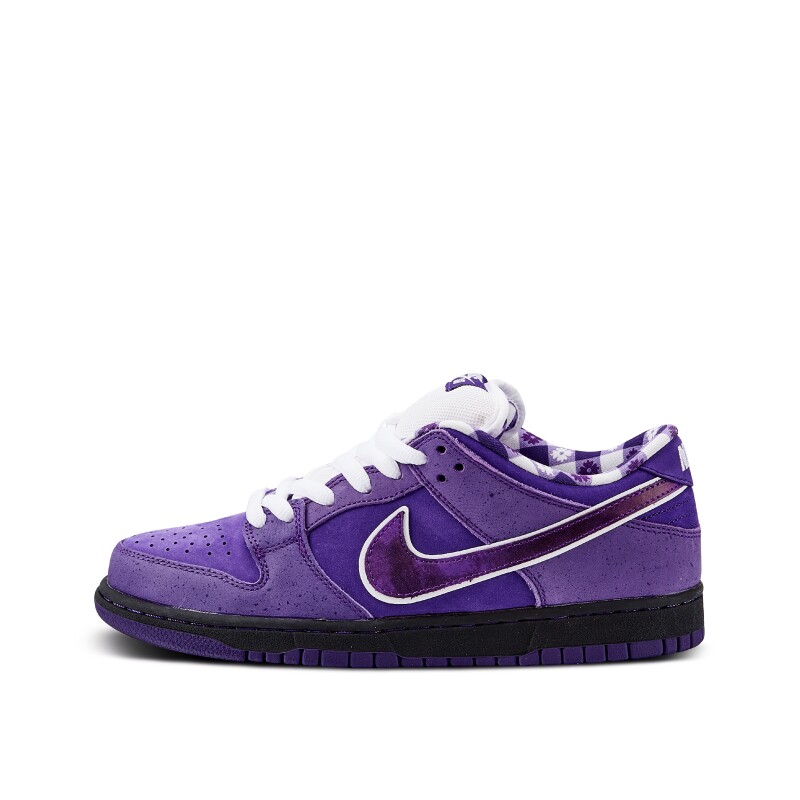 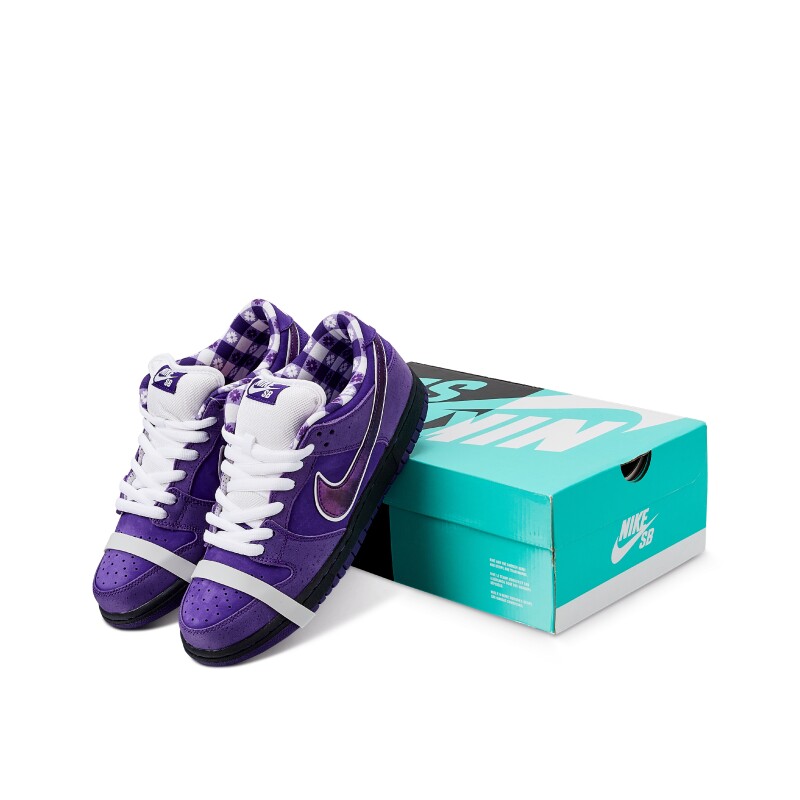 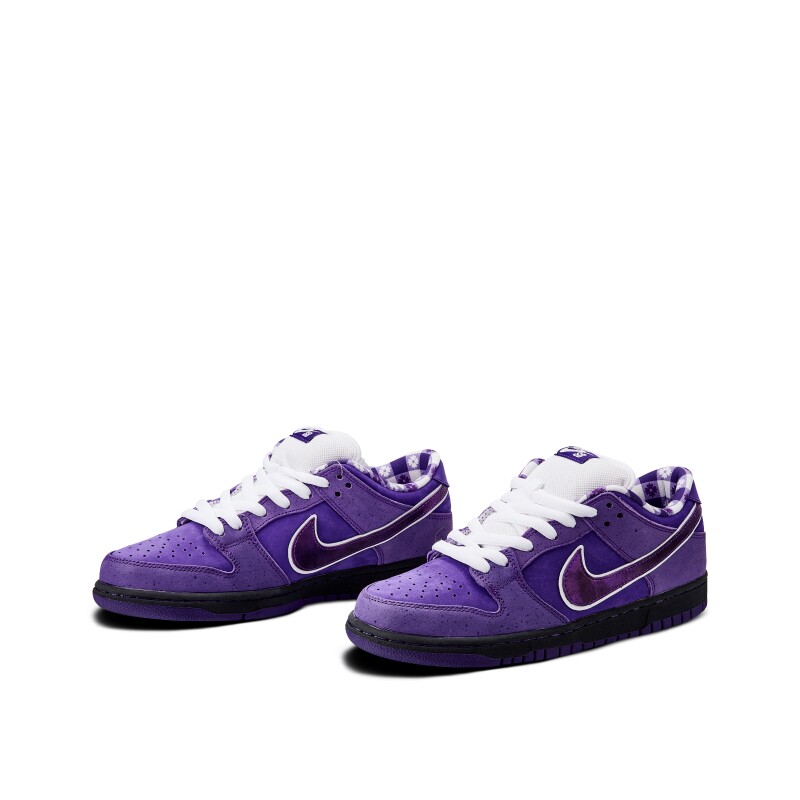 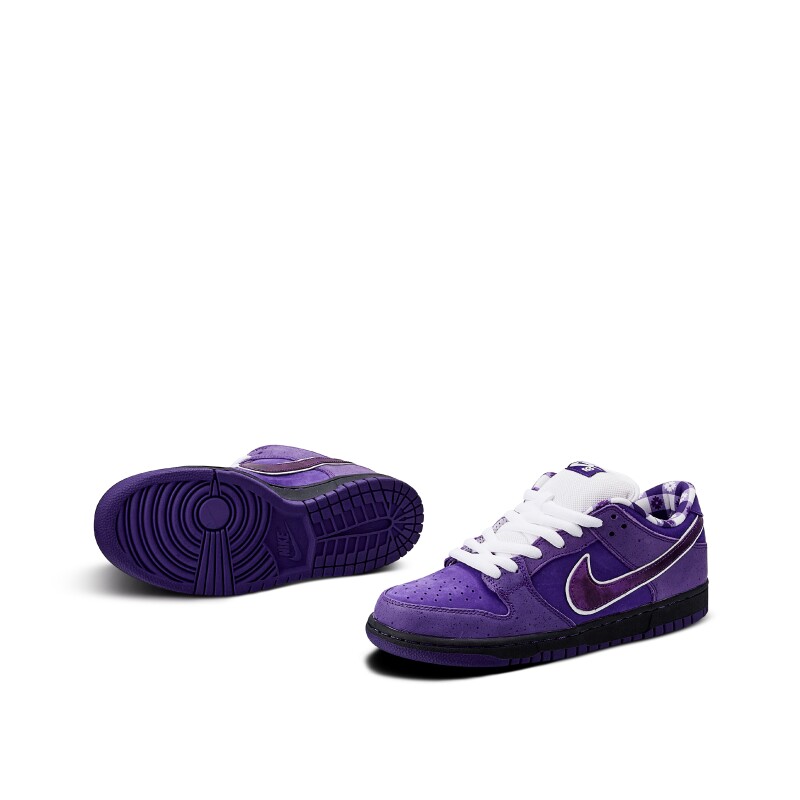 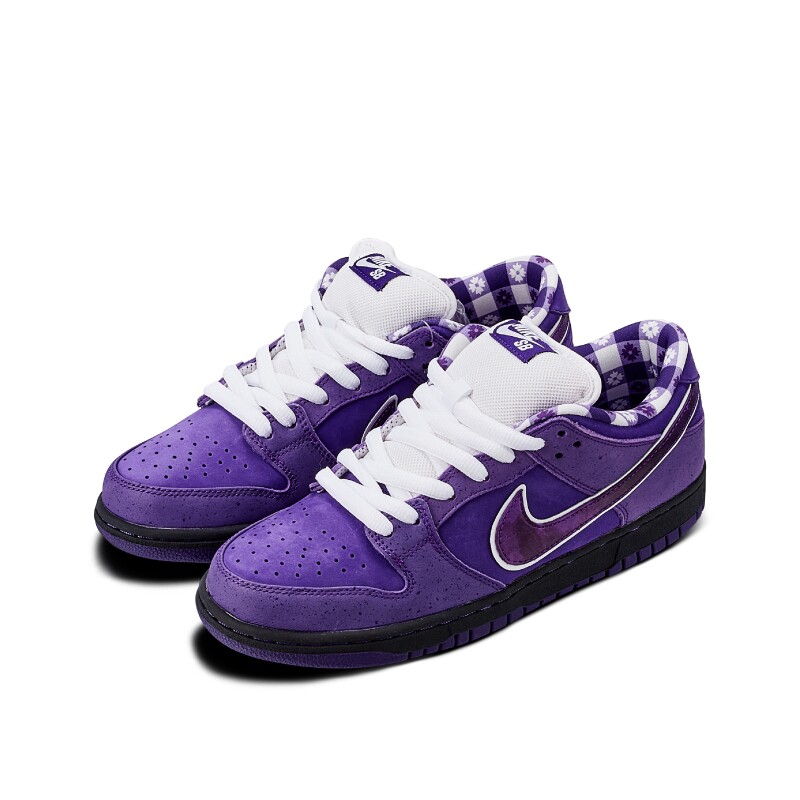 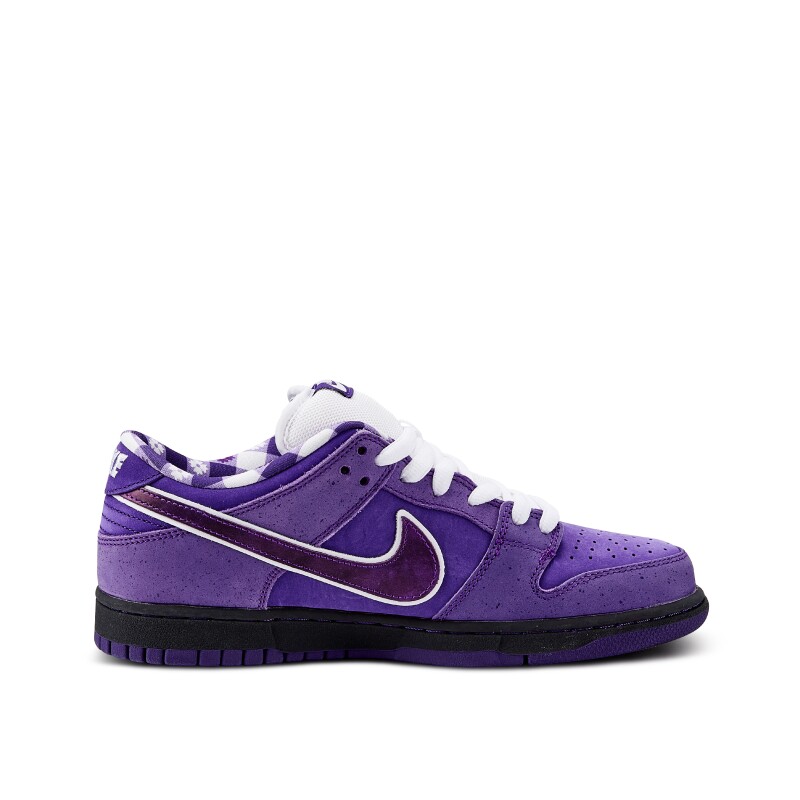 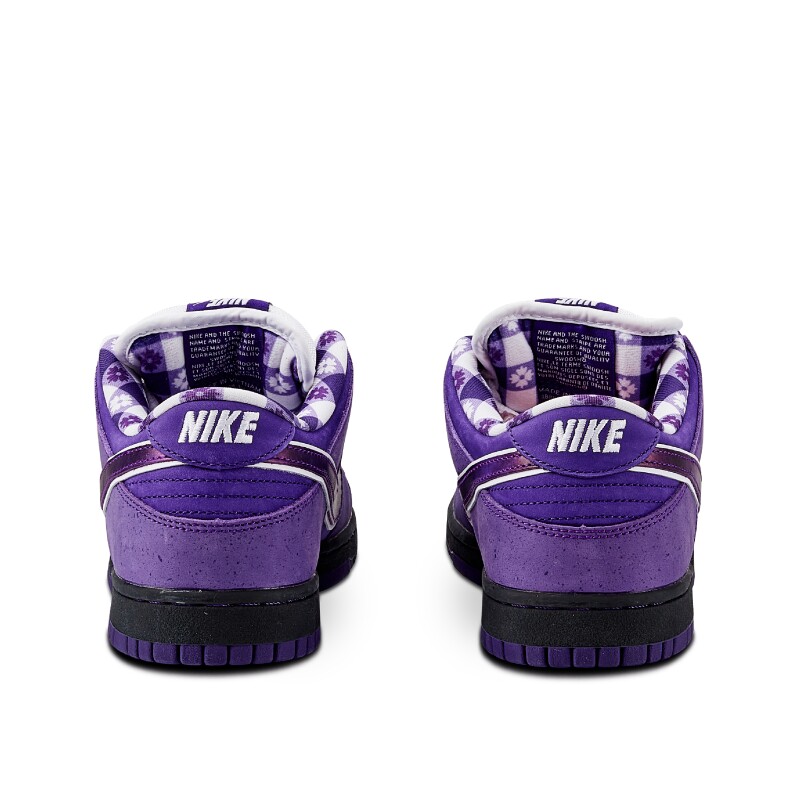 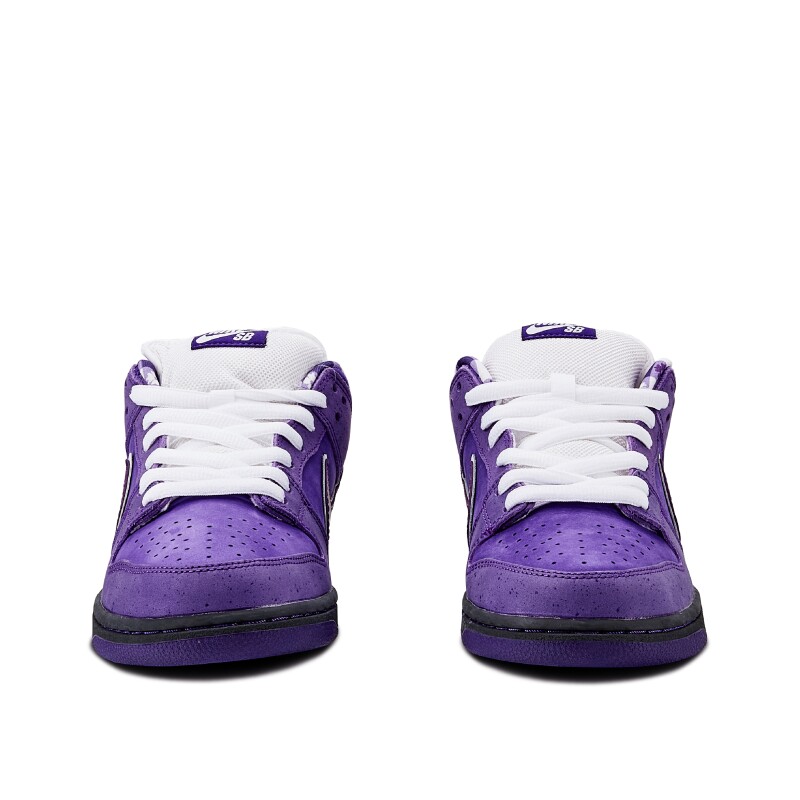 Concepts and Nike SB teamed up to design the third reiteration of the iconic SB ‘Lobster’, after the blue and red versions. The Concepts x Dunk Low SB 'Purple Lobster' draws inspiration from an usual, possibly mythical, shade of the sea creature which is also humorously the color when blue and red are mixed - the mixture of previous colorways from the collaboration. The pair is dressed in a solely purple nubuck and leather upper with a white SB tongue and white shoelace to match. The Nike Swoosh is finished in the same purple hue and is outlined in white. Signature to the Concept Lobster Dunks, this version features a purple and white checkered plaid graphic on the inner lining and insoles. The pair comes with orange and black shoelaces as well as rubber bands for the toes to reference the bands put on lobster claws.