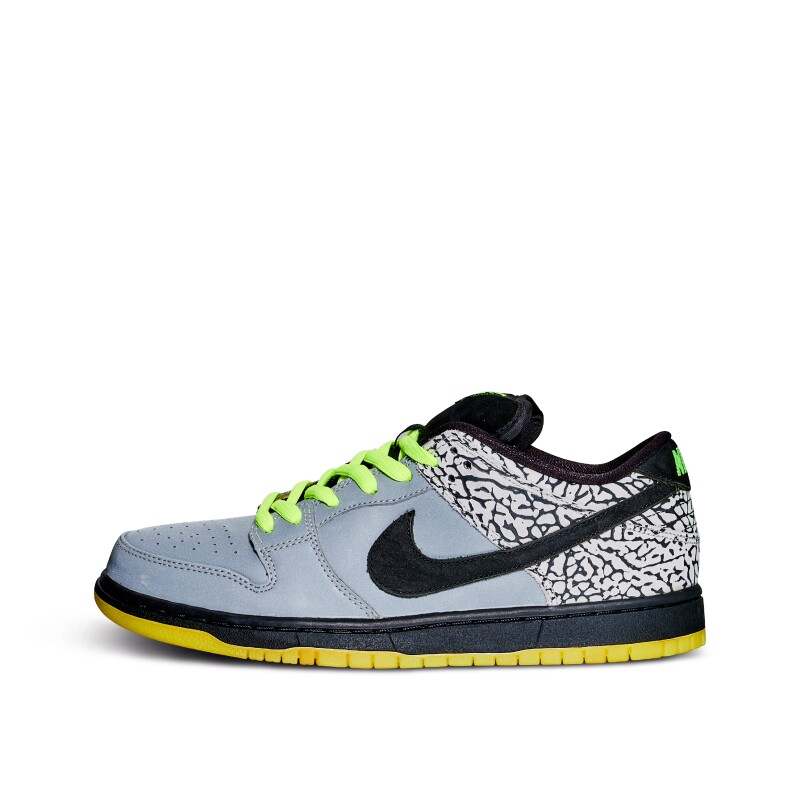 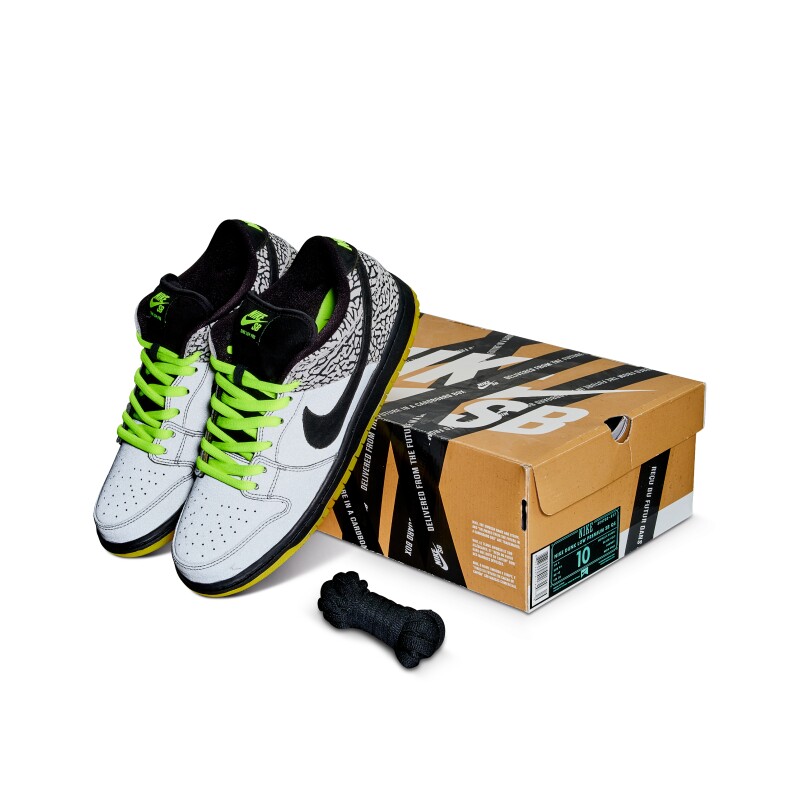 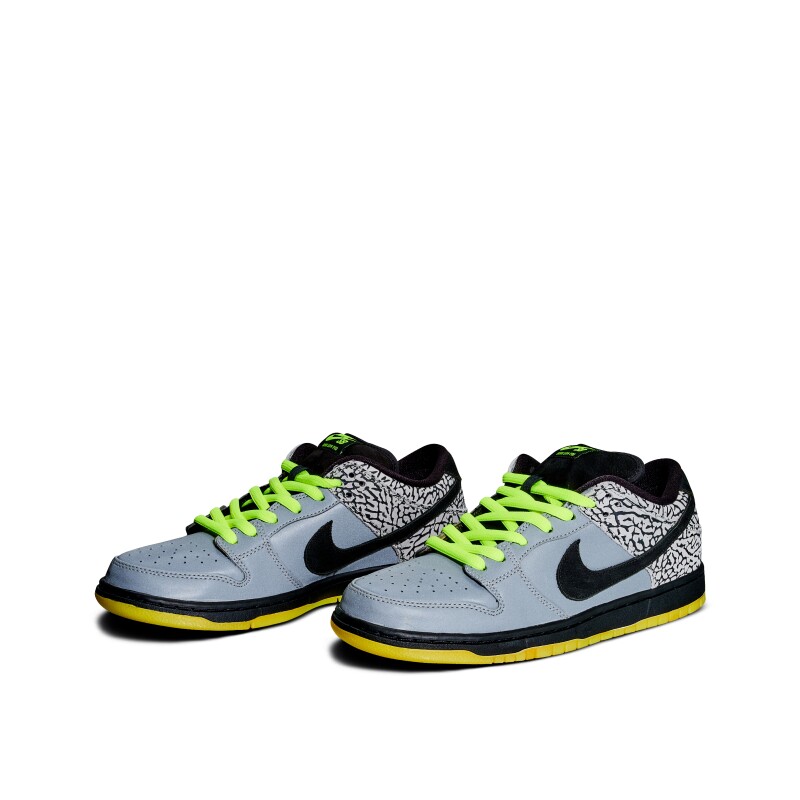 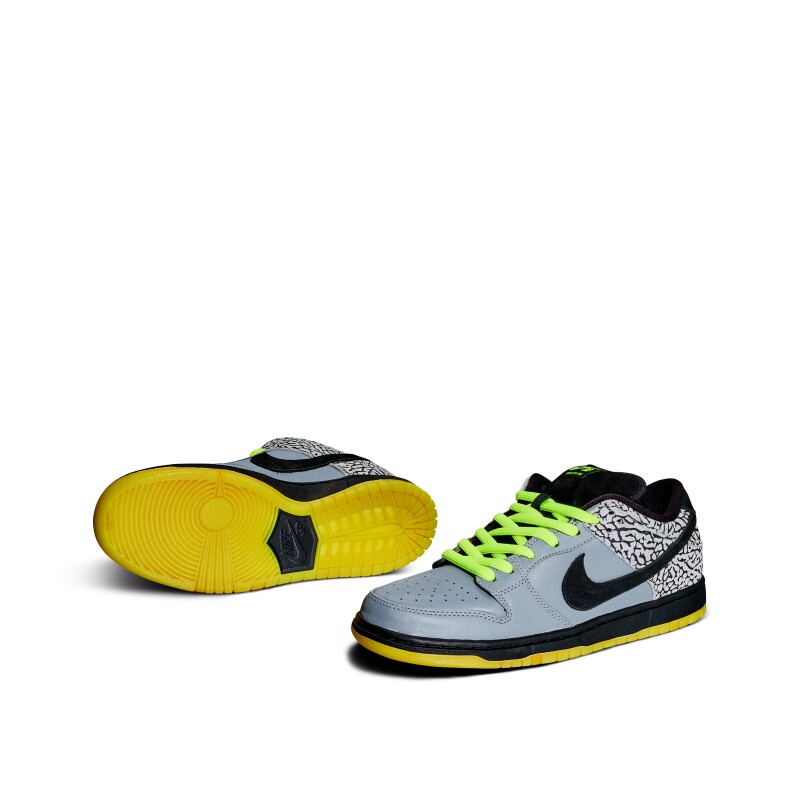 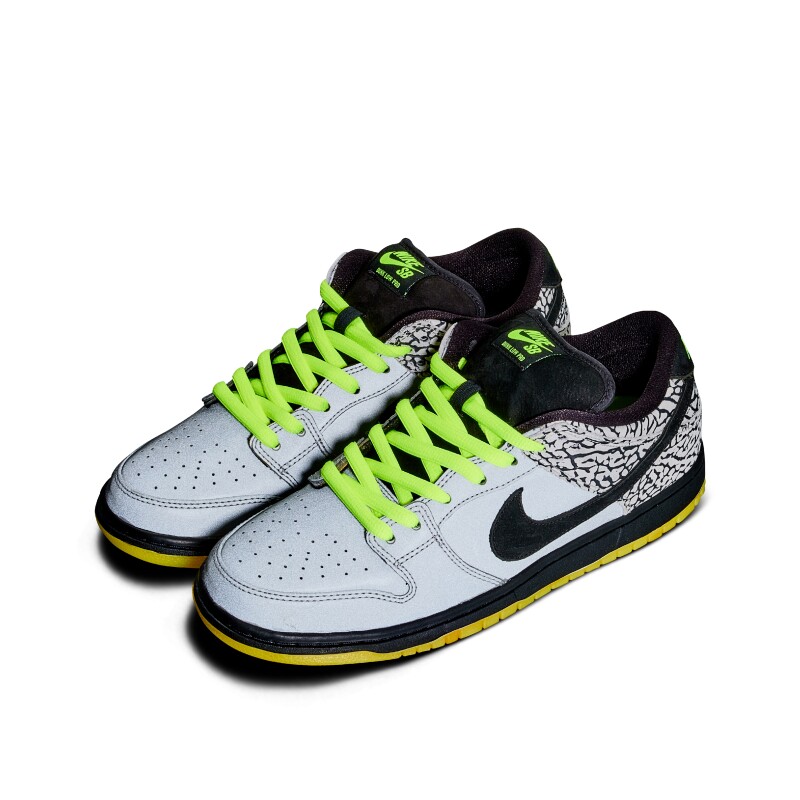 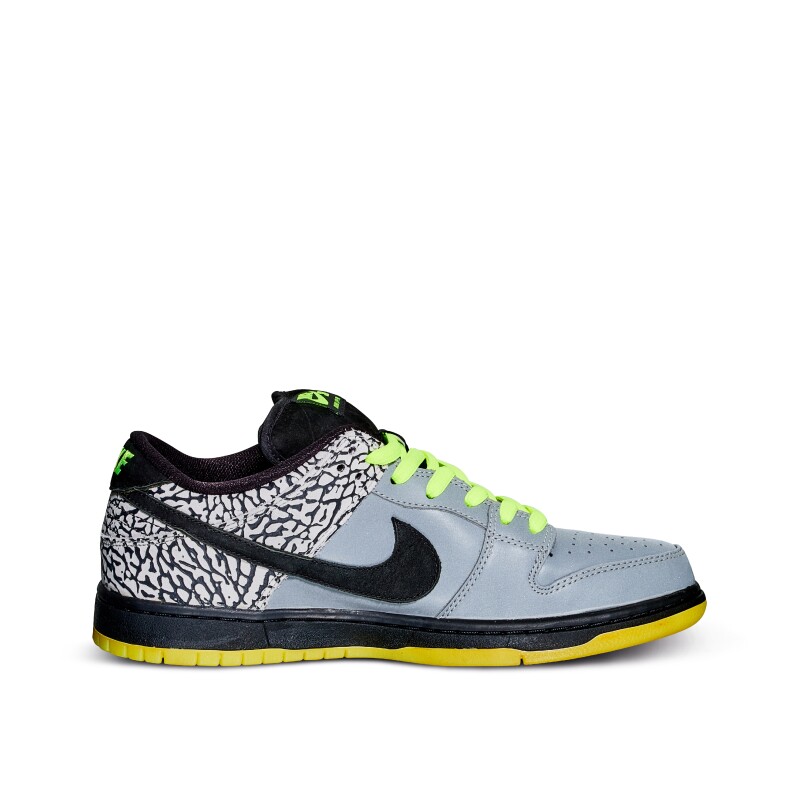 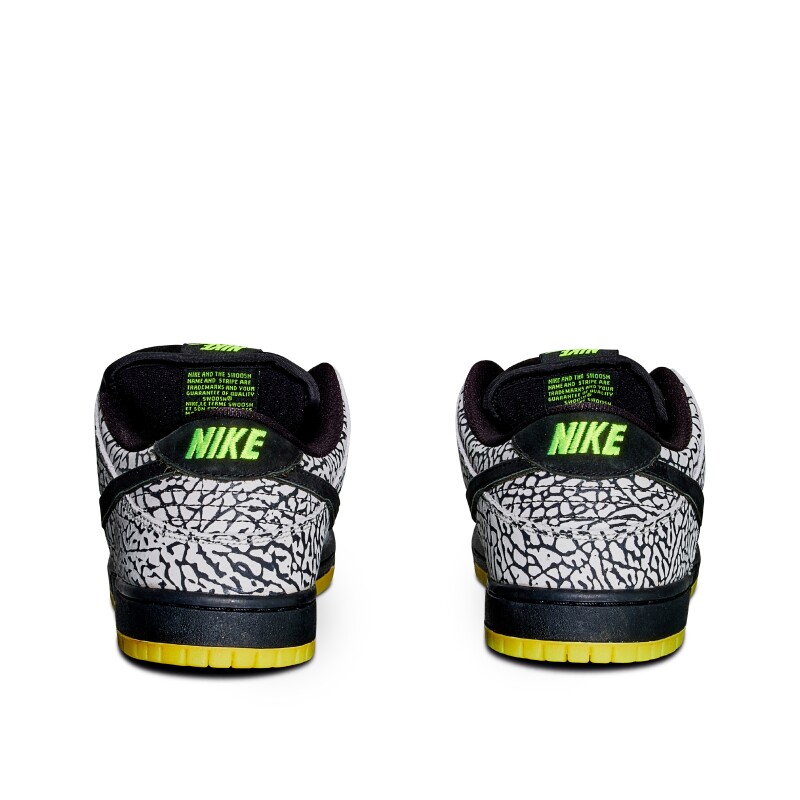 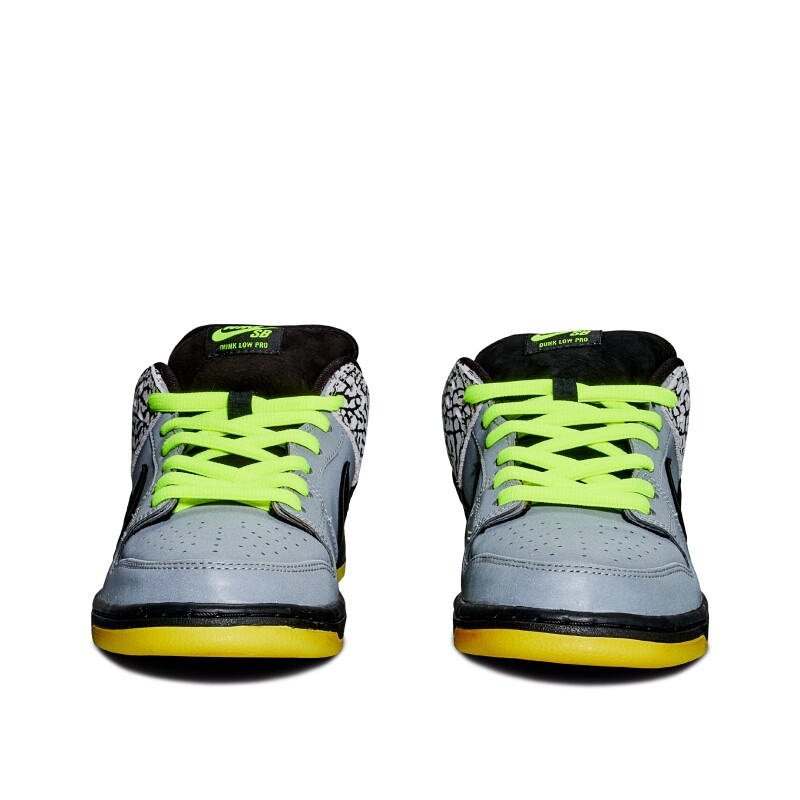 As part of the ‘112’ series, named after the first three digits of Brooklyn’s zip codes; this Nike SB Dunk Low Premium is a collaborative effort between renowned sneaker collector, DJ Clark Kent and Primitive Skate.

Produced in 2014 and dressed in a 3M - light reactive upper, the pair is completed with an elephant print overlay on the heel and features volt green accents throughout.