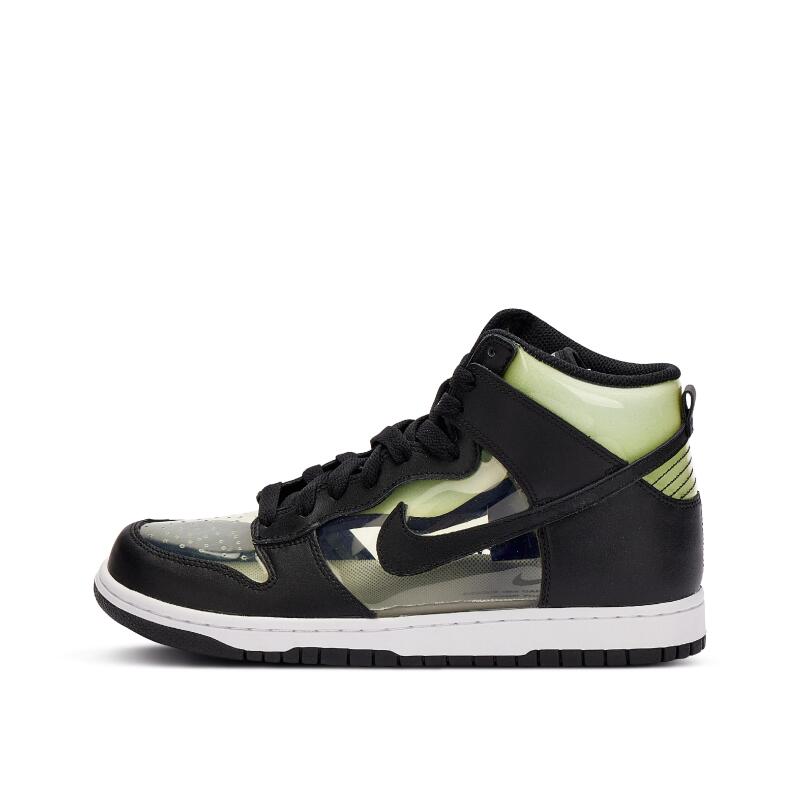 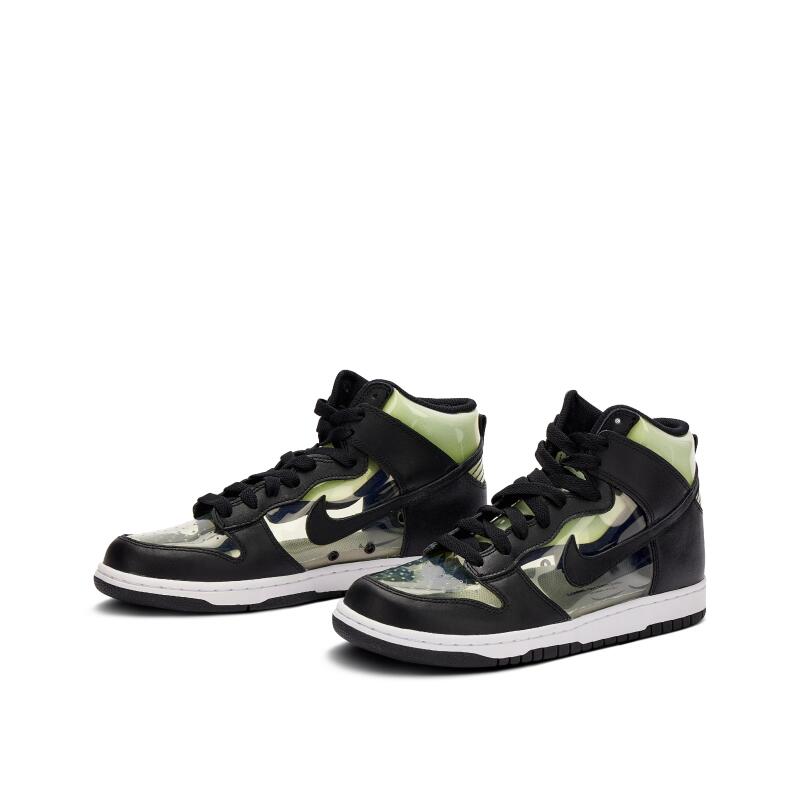 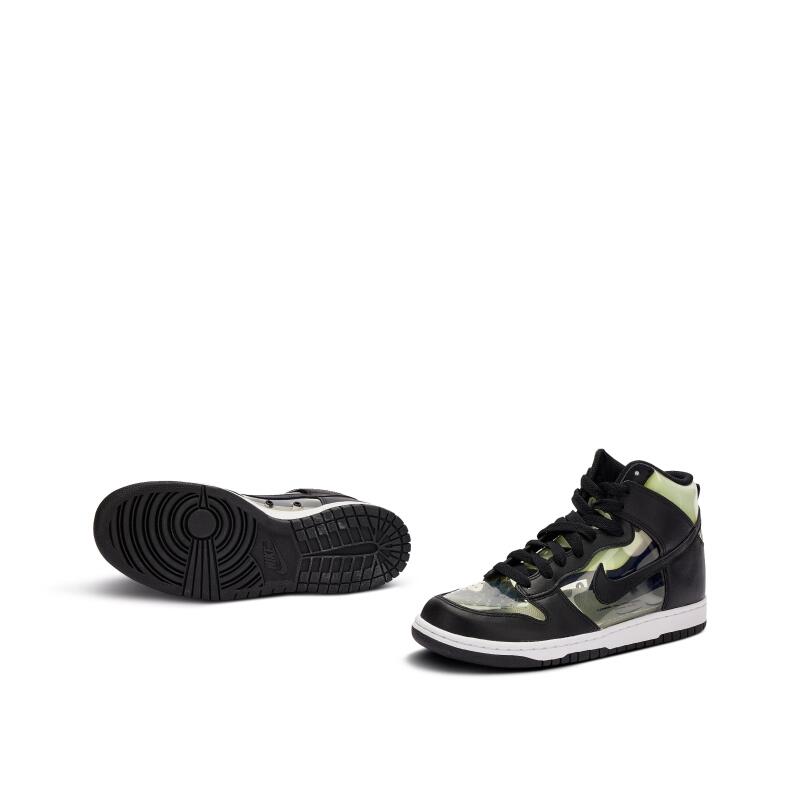 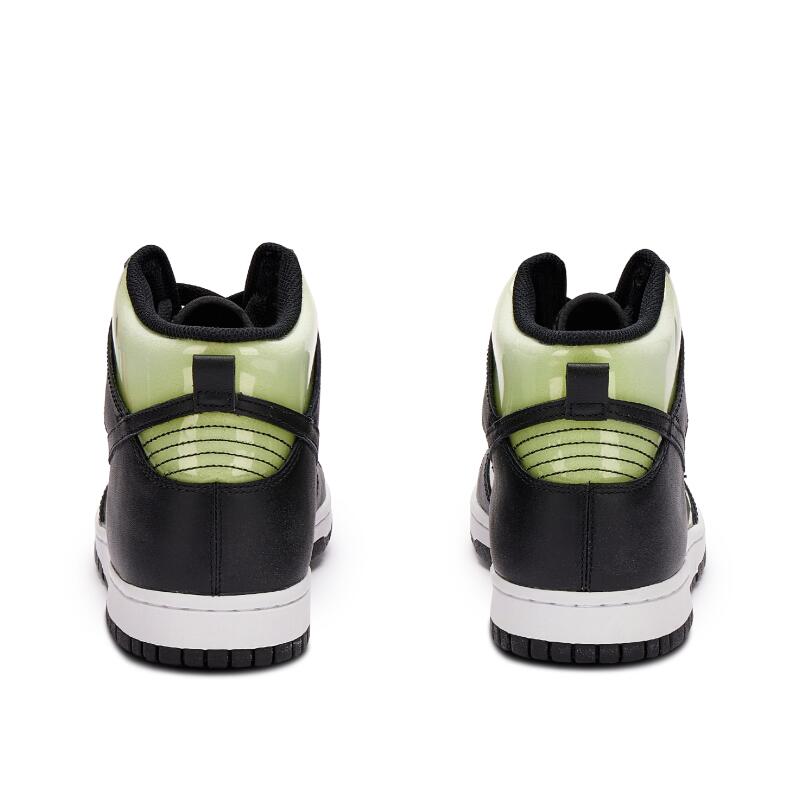 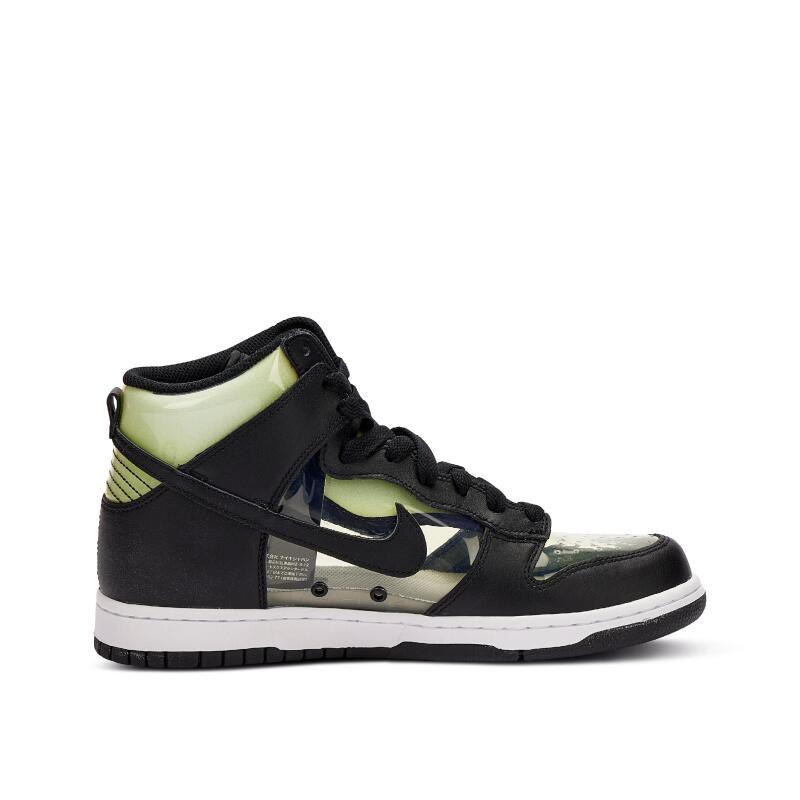 Among the most iconic collaborations of 2017, Japanese fashion house Comme des Garçons teamed up with Nike to design the Dunk High Clear. Released in conjunction with New York Fashion Week in February of that year, CDG designer Rei Kawakubo completely revamped the classic Nike dunk. An all-leather upper was swapped for a mix of leather and transparent PVC panels. The Swoosh branding still appears in its usual places, namely on the sides of both uppers and on the tongue. That said, the upper is accented further with CDG lettering on the heel counters.

Since then, Nike Dunks have become one of the most iconic sneaker styles of all time and a blank canvas for design inspiration. Most notably, the style was adopted by the skateboarding community, which has led to some of the most coveted Nikes of all including the Nike Dunk High SB ‘FLOM’, the Nike Dunk Low SB ‘Paris’ and more.

Box shows signs of wear including denting and creasing.