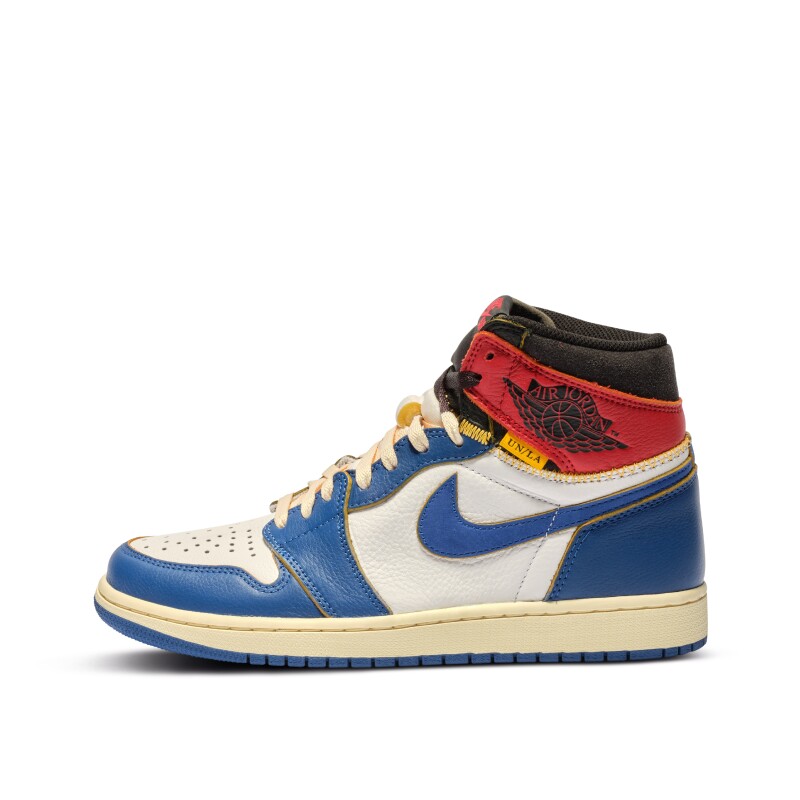 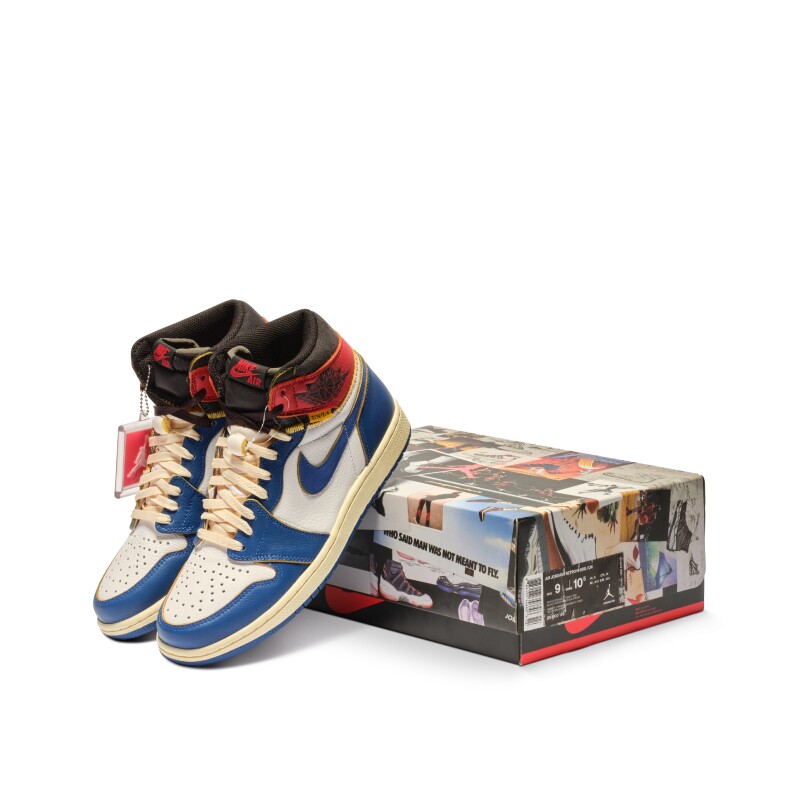 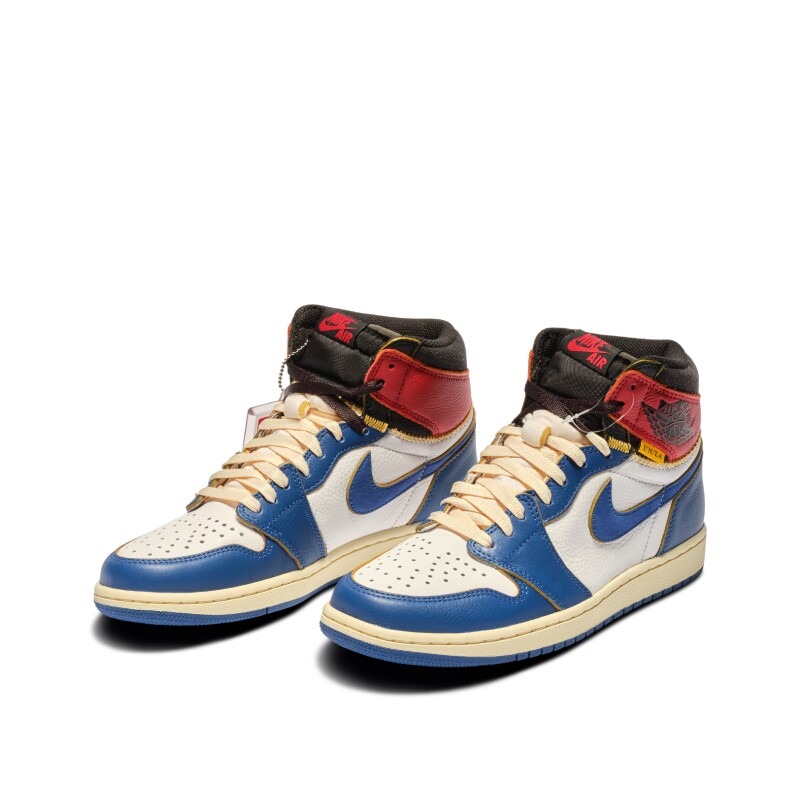 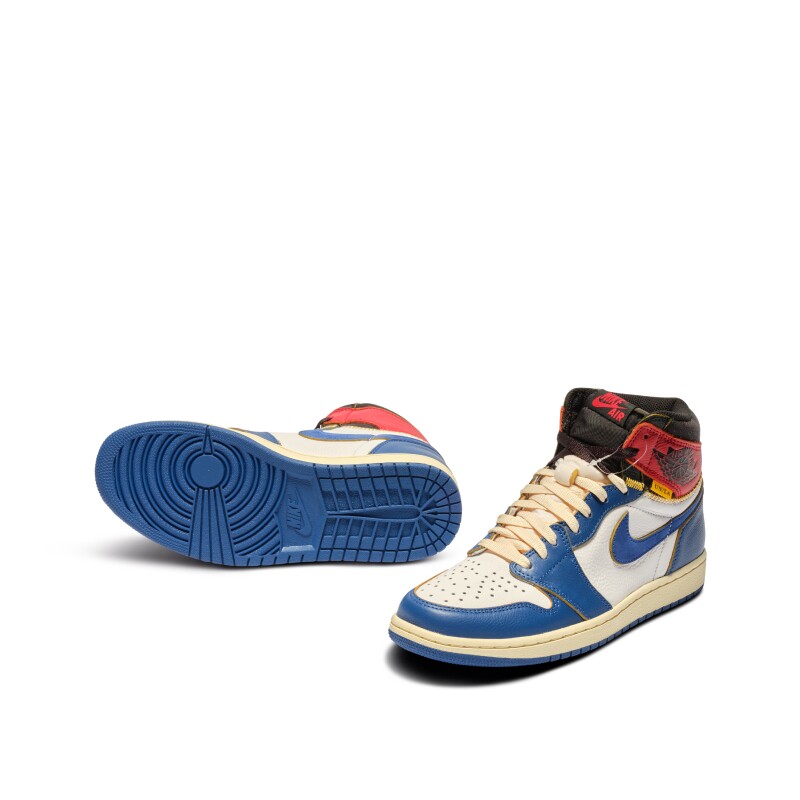 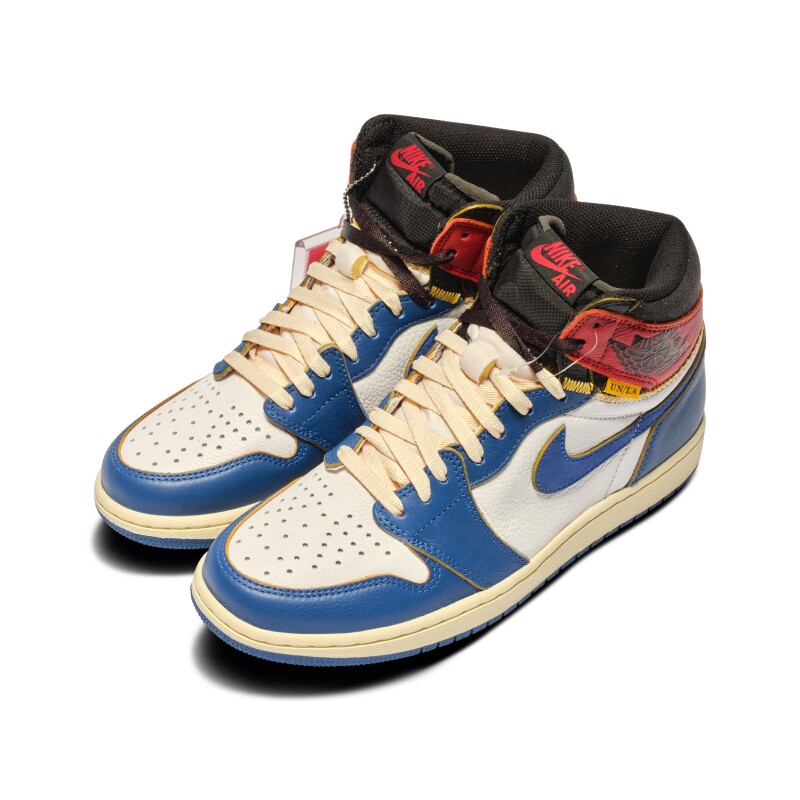 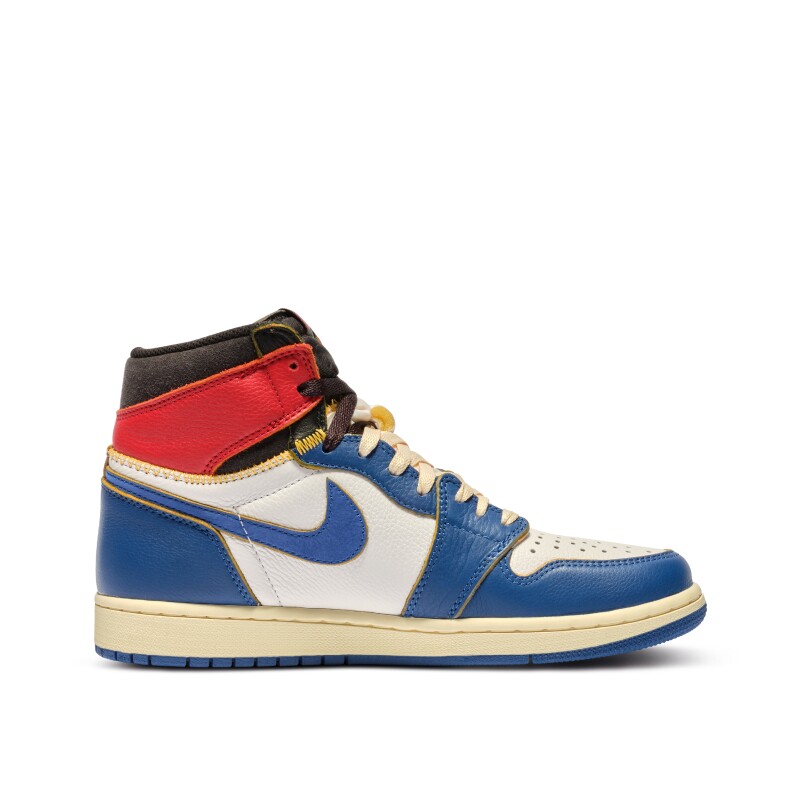 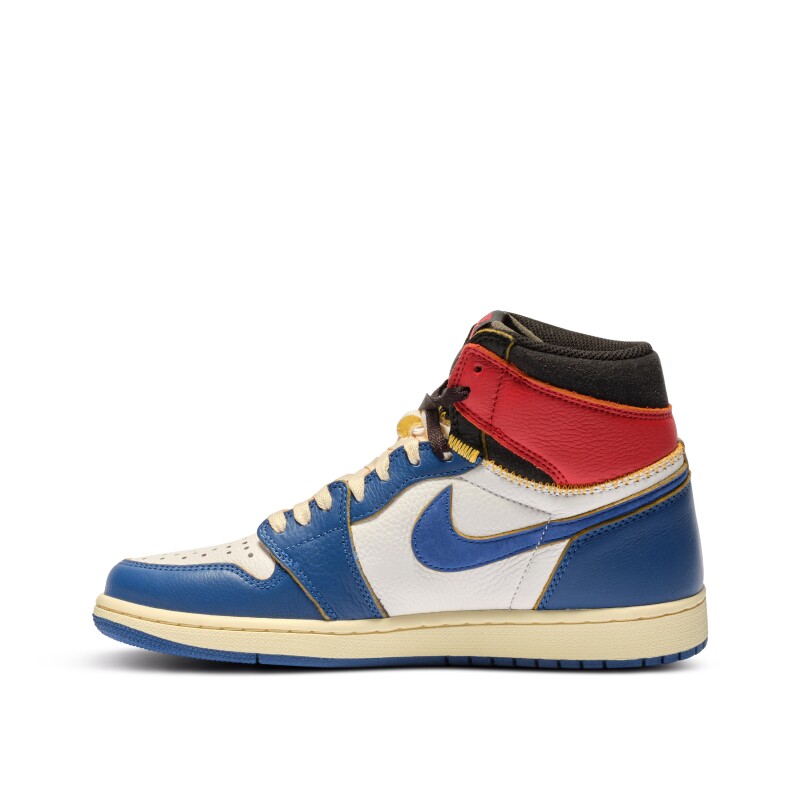 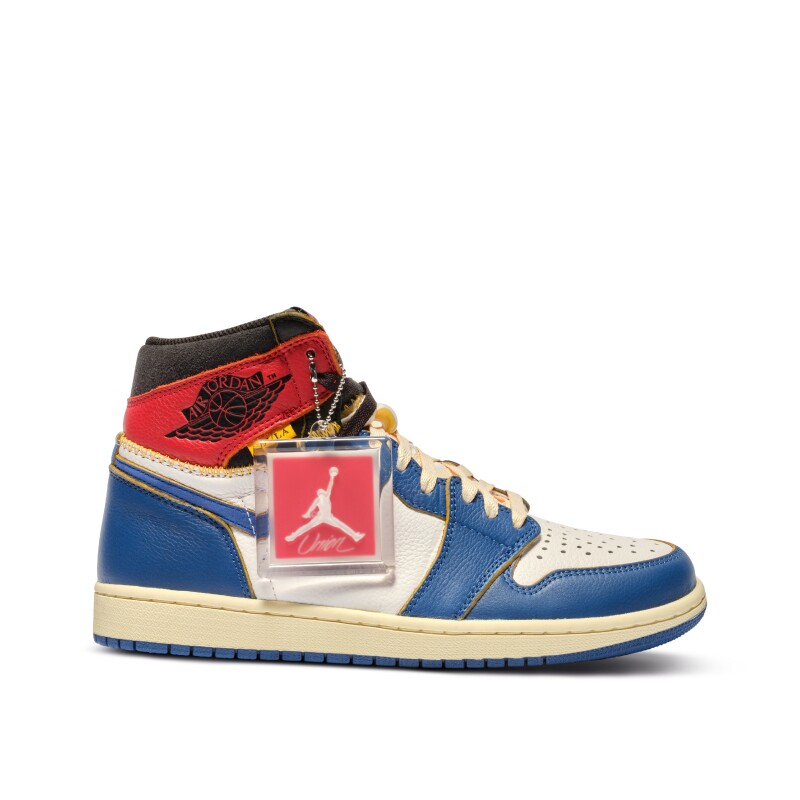 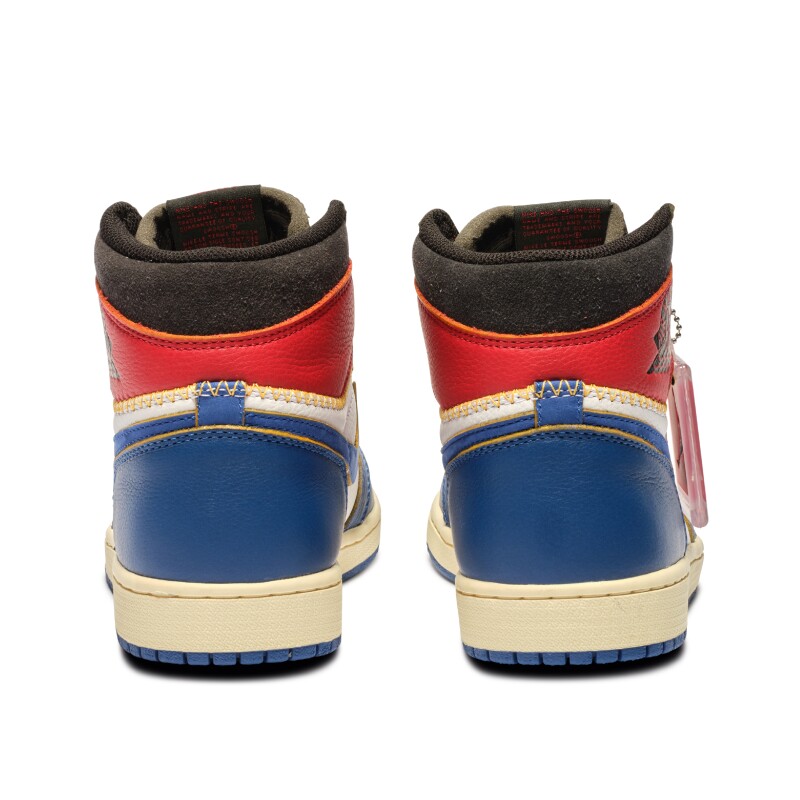 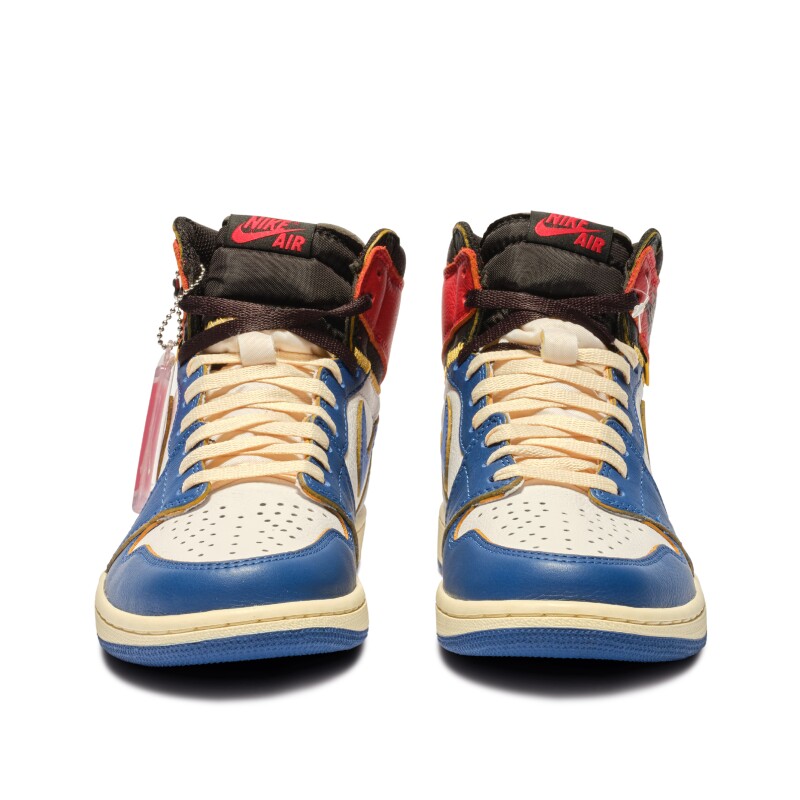 The Nike Air Jordan 1 Retro High Union Los Angeles "Storm Blue" was released in 2018 and designed in collaboration with Los Angeles menswear boutique Union. The pair consists of a blue and white leather upper, with a red and black colorway featured at the collar. The dual-style colorways are borrowed from the original Air Jordan 1 styles—this particular pair uses the base layer of the Storm Blue colorway, stitched with an Air Jordan 1 Chicago upper. The collaboration stays true to the original 1985 release, featuring larger Swooshes and the Jumpman logo. Additionally, the design features yellow zigzag stitching and a pre-yellowed, white midsole.