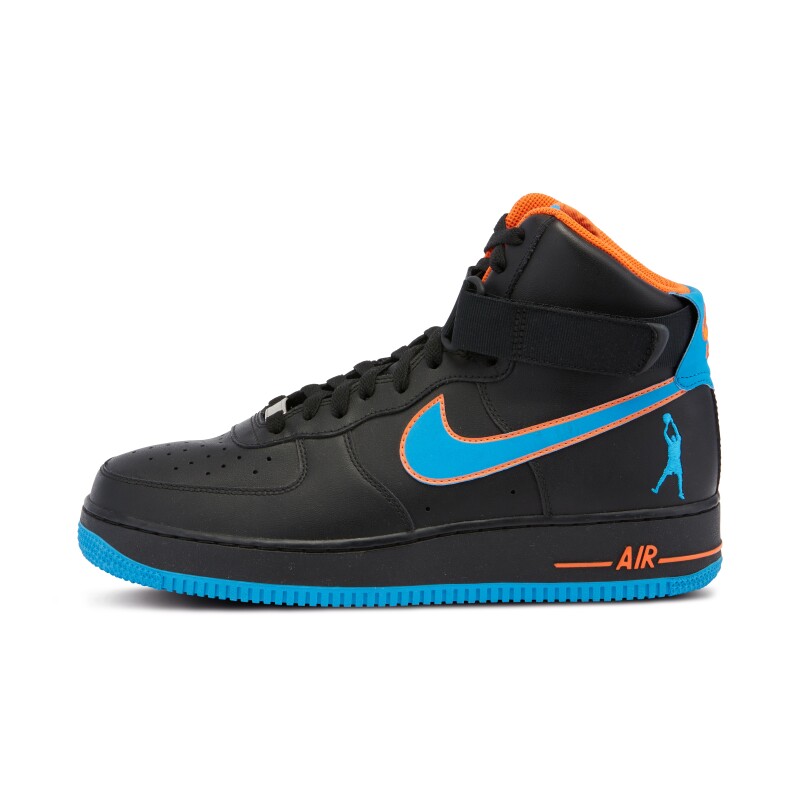 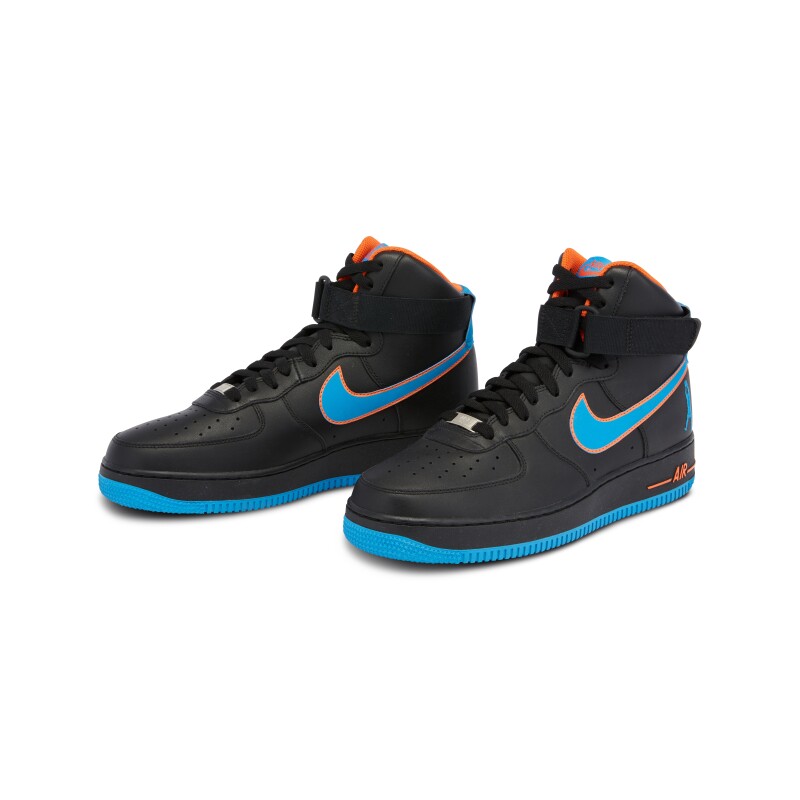 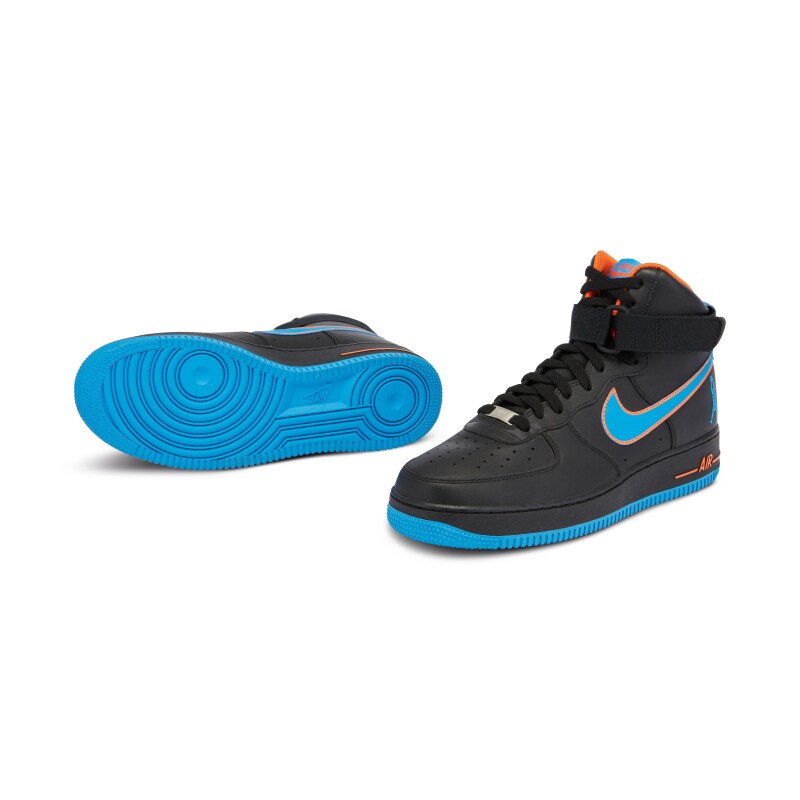 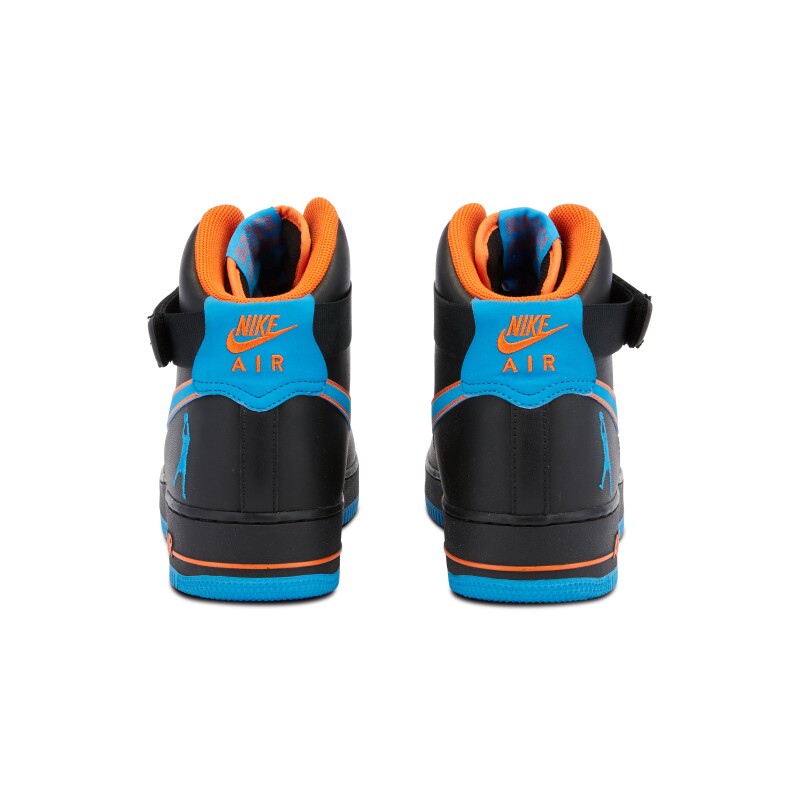 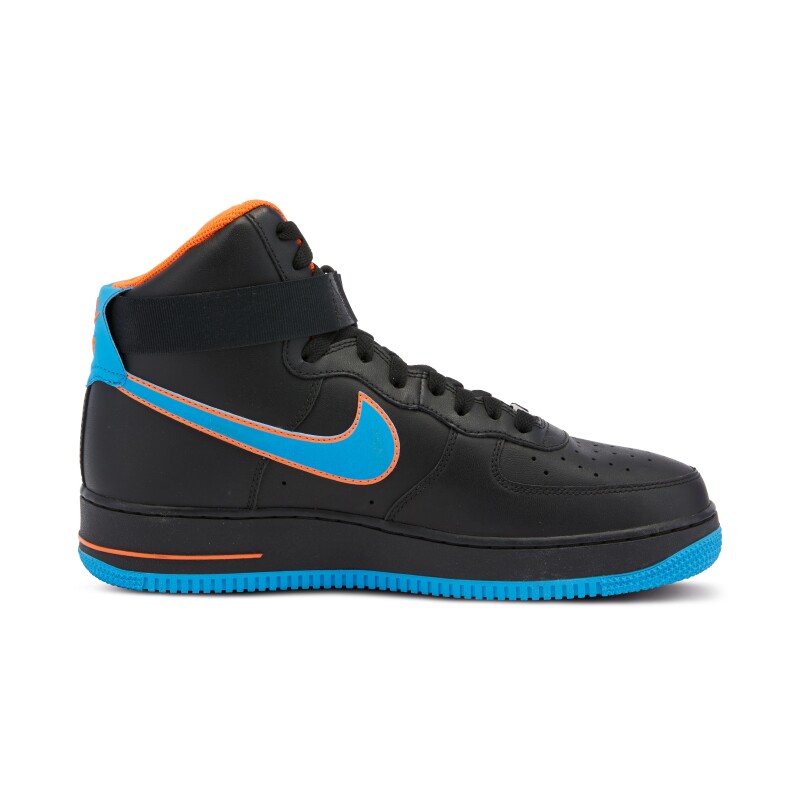 In 2012, NBA All-Star Rasheed Wallace debuted the "Home" and "Away" Player Exclusive Set of Air Force 1 Highs, honoring his team, the New York Knicks. The Sheed Knick's Air Force 1s debuted during the first game in the 2012 Battle of the Burroughs, with the Knicks facing off against the Brooklyn Nets. This "Home" version of the shoe features a black leather upper. The Knicks' signature colors can be seen throughout the details of the shoe, including a blue Swoosh with orange stitching and a blue outsole.