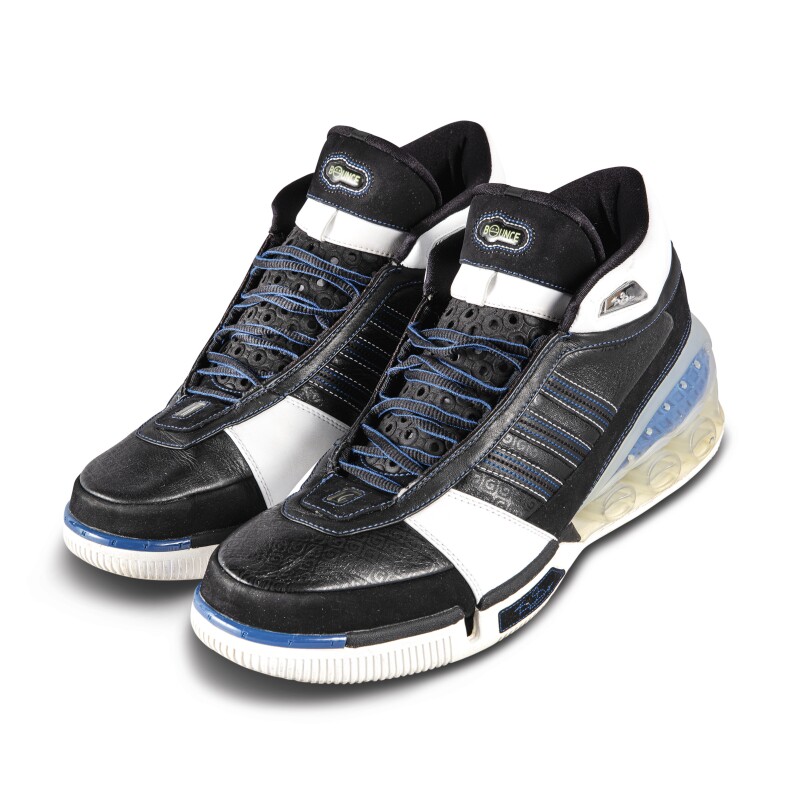 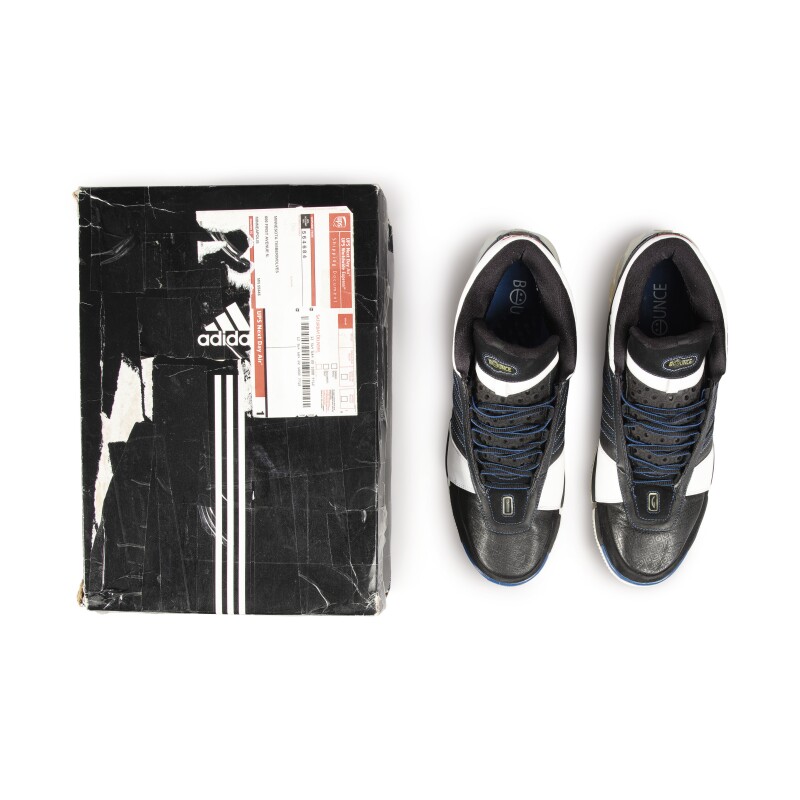 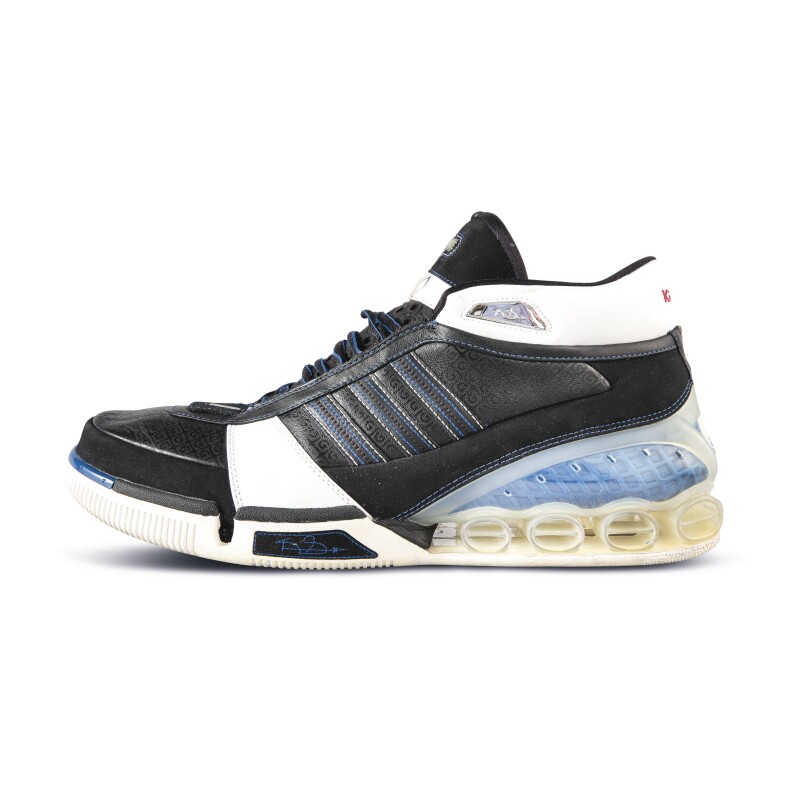 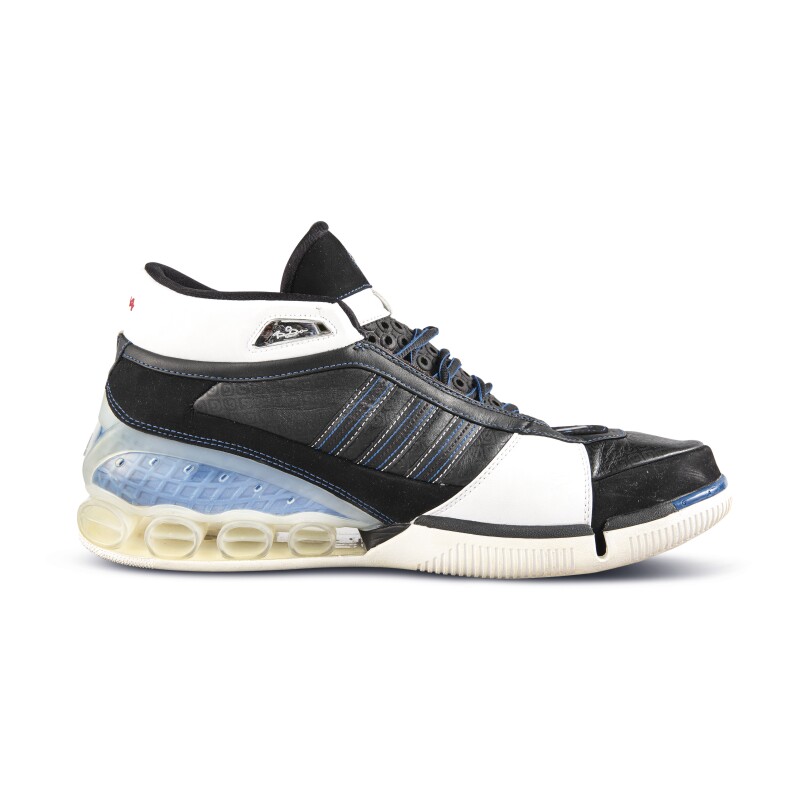 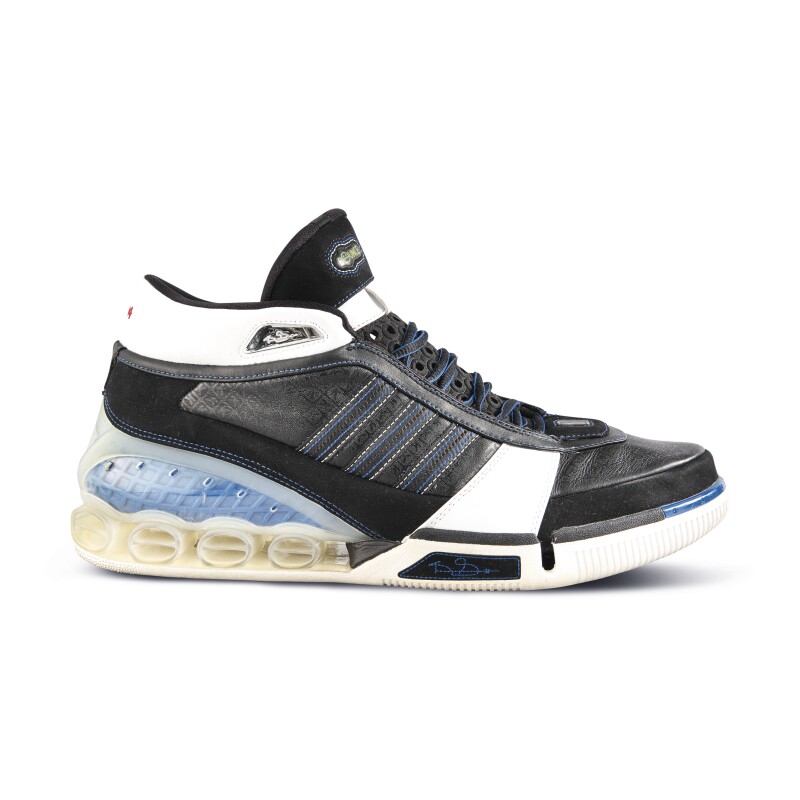 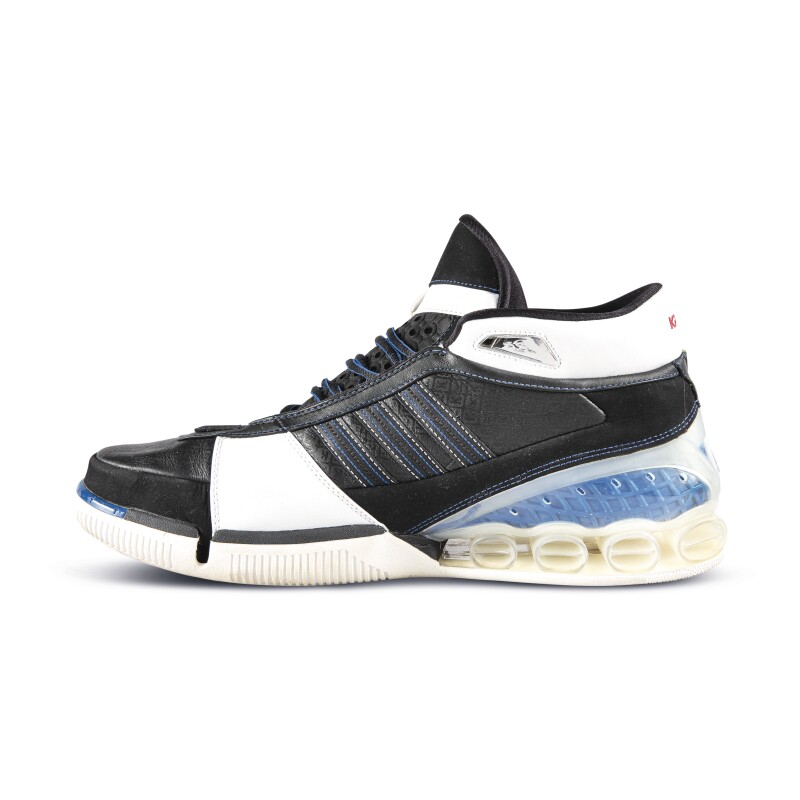 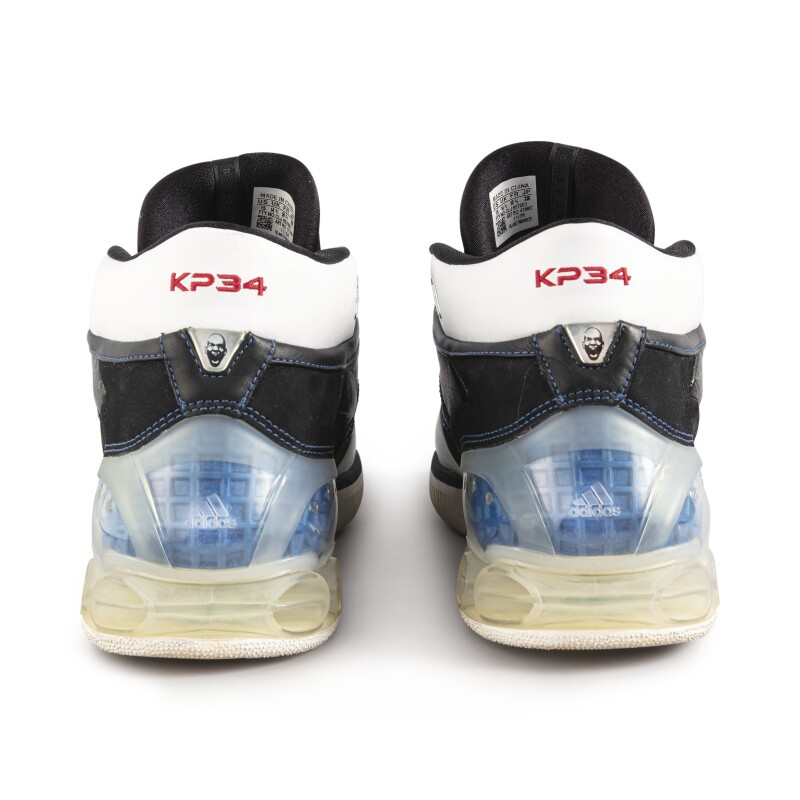 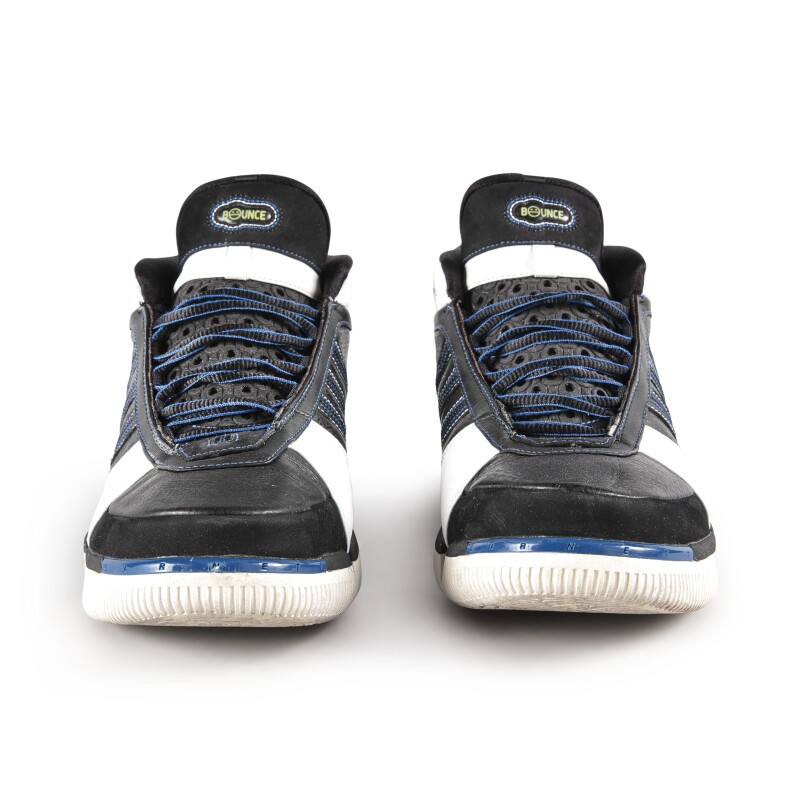 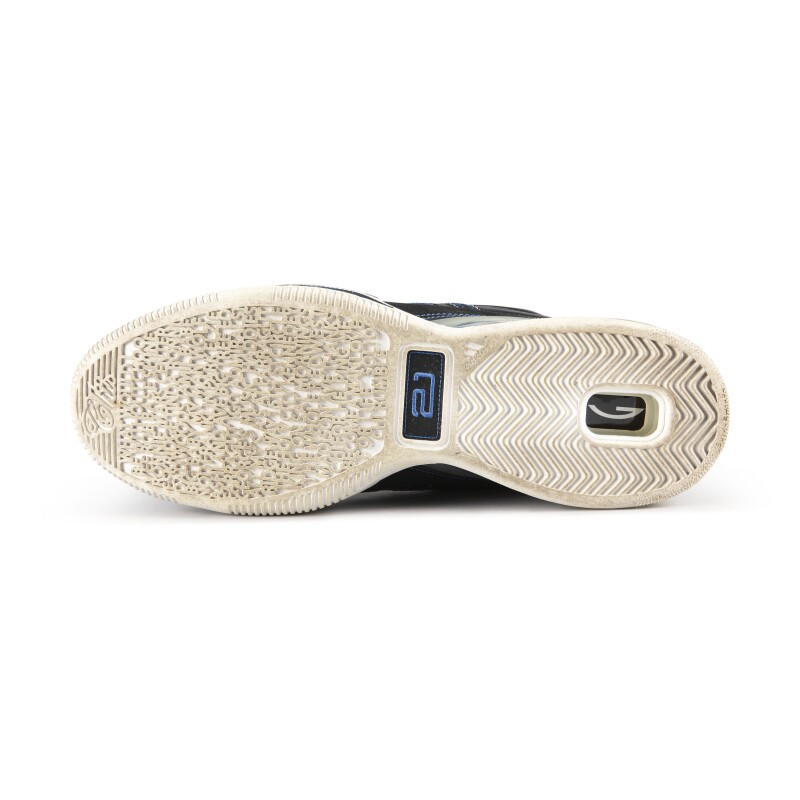 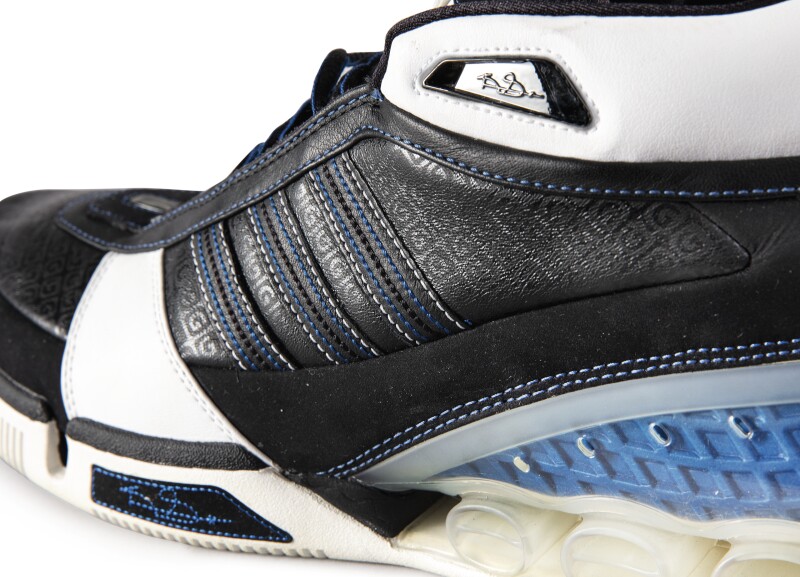 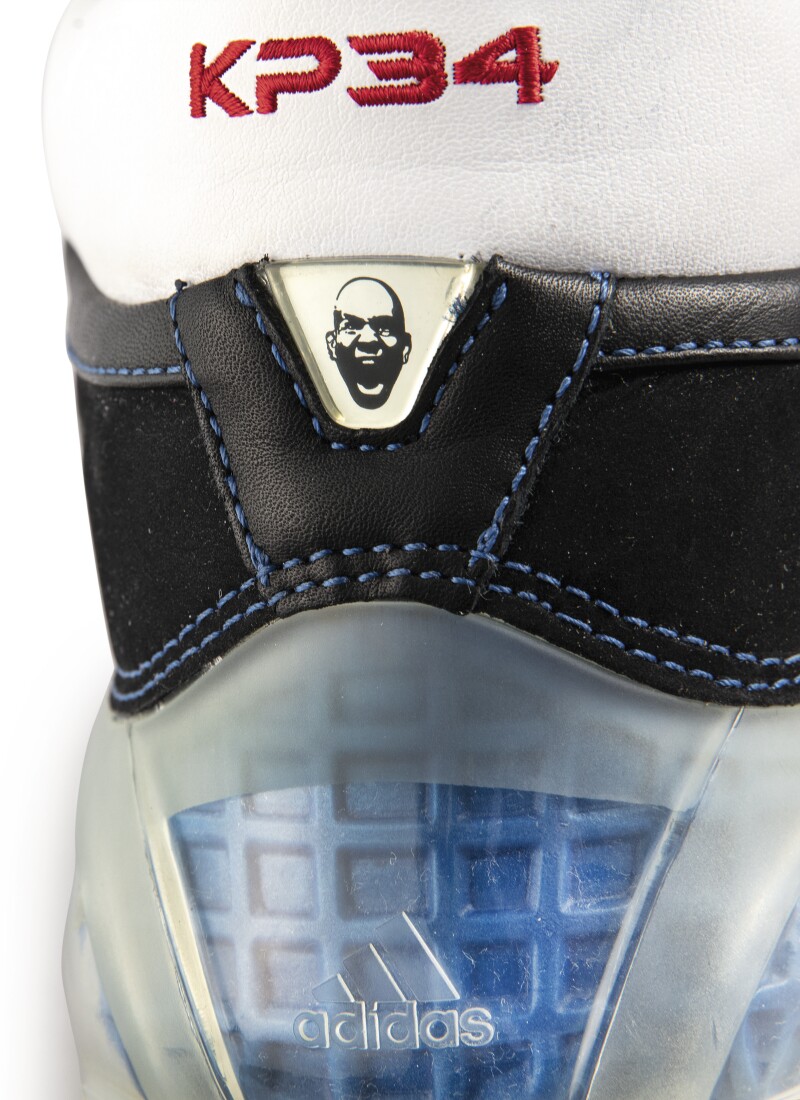 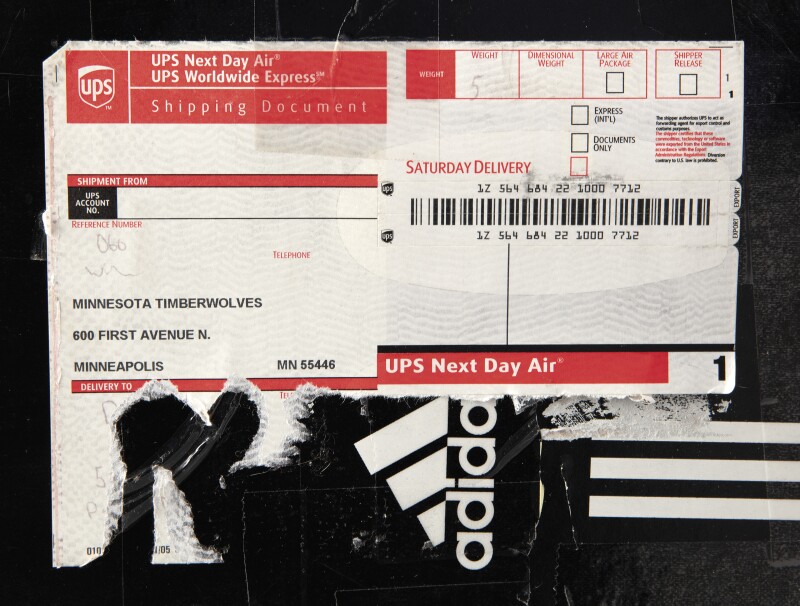 These player exclusive sneakers were worn by Kevin Garnett in the 2006-2007 season while playing for the Minnesota Timberwolves. In 2016 Garnett ended his 21 year career as a 15 time All-Star performer and 1 of only 4 players in NBA history to win MVP and Defensive Player of the Year. A 9 time All-Defensive First Team Performer and a 2008 NBA Champion, Garnett is considered one of the best power forwards in NBA History. Last August he was inducted into the Basketball Hall of Fame, an honor he shares with Kobe Bryant and Tim Duncan.

This pair of KG Bounce sneakers was created exclusively for Kevin Garnett’s personal game use. The unique traction pattern is a tribute to the people, places, and events that shaped Garnett in South Carolina (right shoe) and Chicago (left shoe). Other personalized details include Garnett’s face at the heel, printed signatures on midsoles and eyelets, ‘K’ designs on the right shoe and “G” designs on the left shoe. The sole construction features Bounce technology combined with a patented a3 cushioning system.