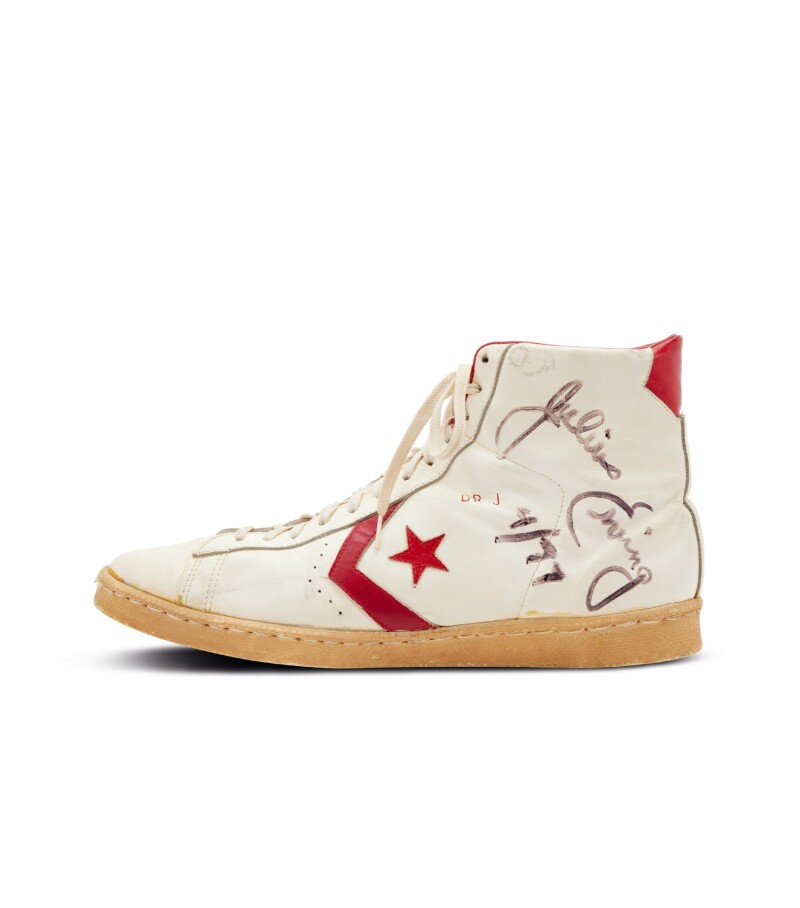 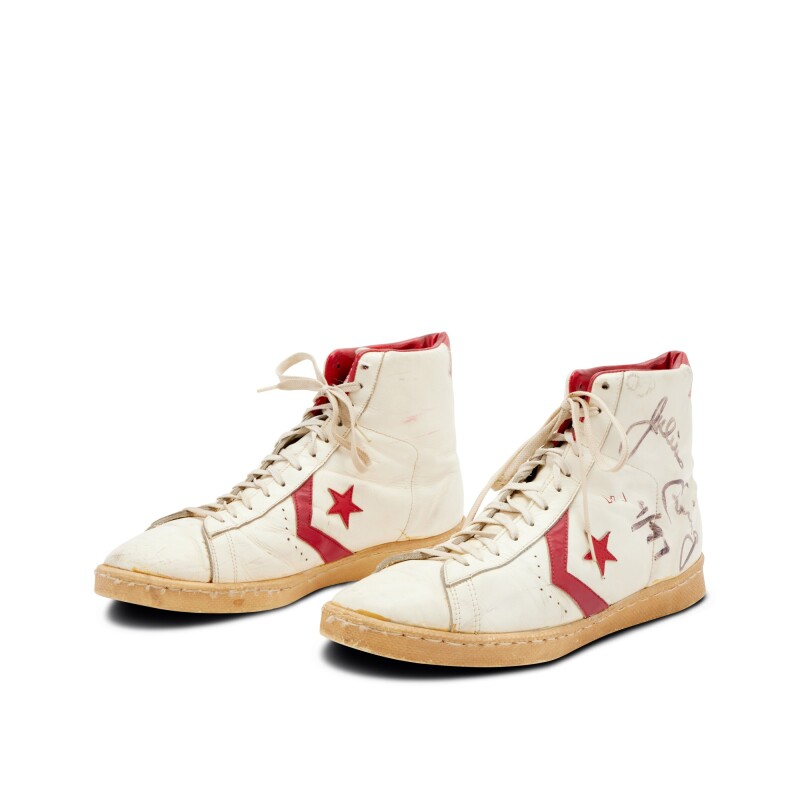 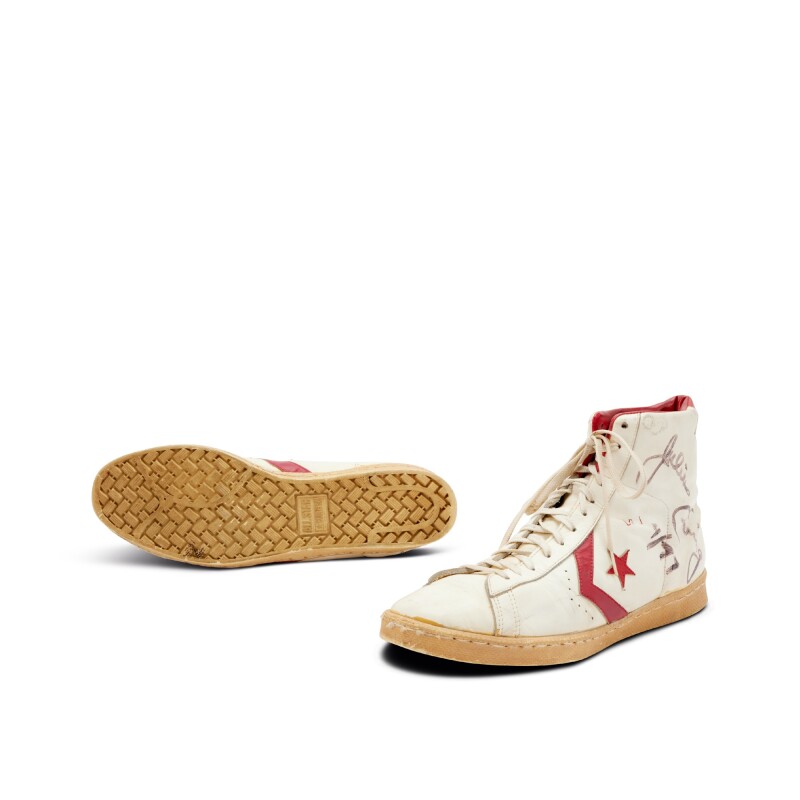 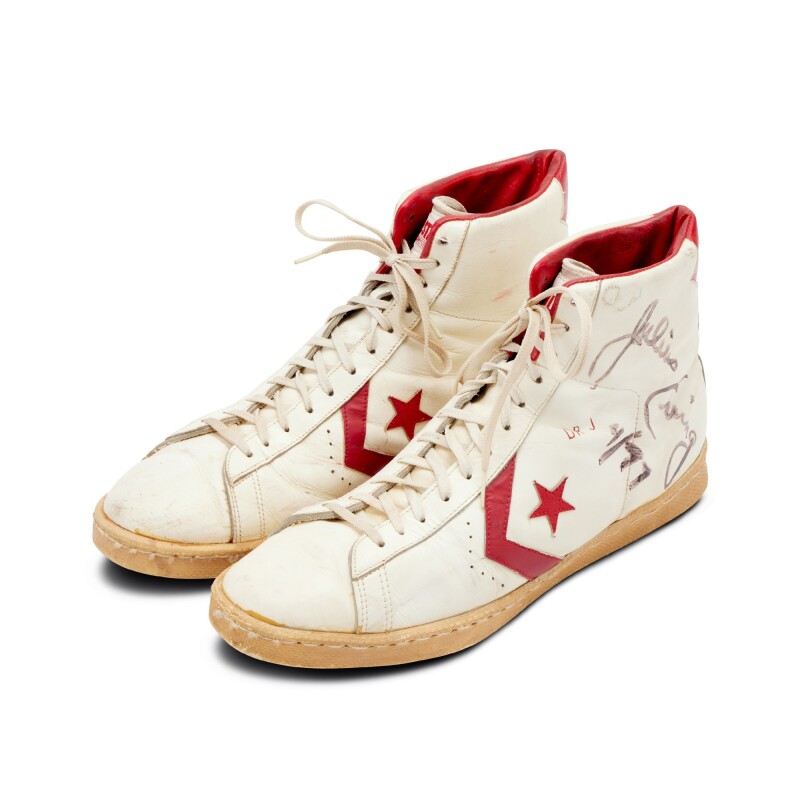 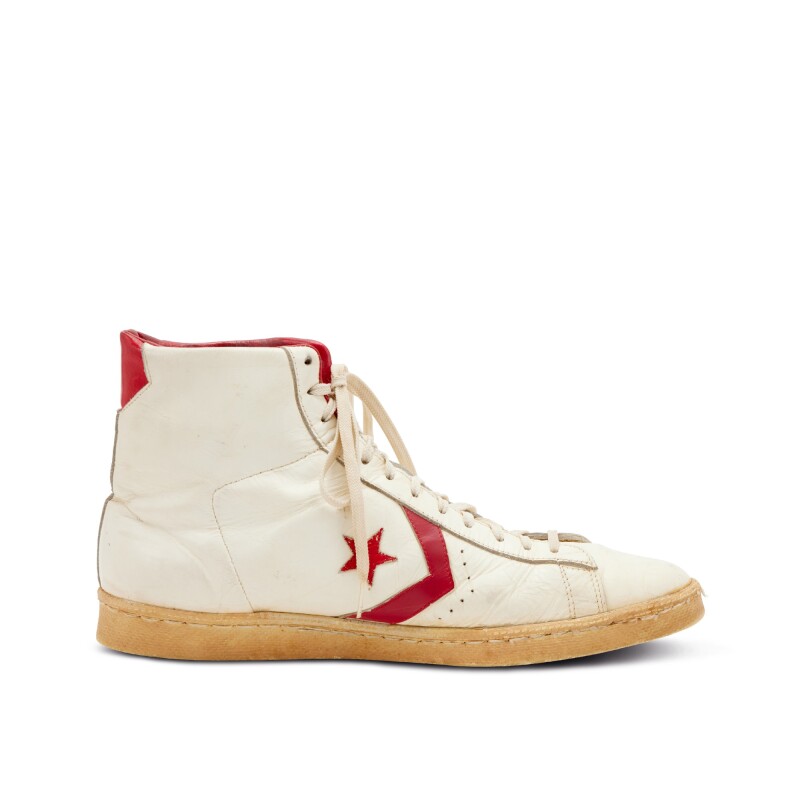 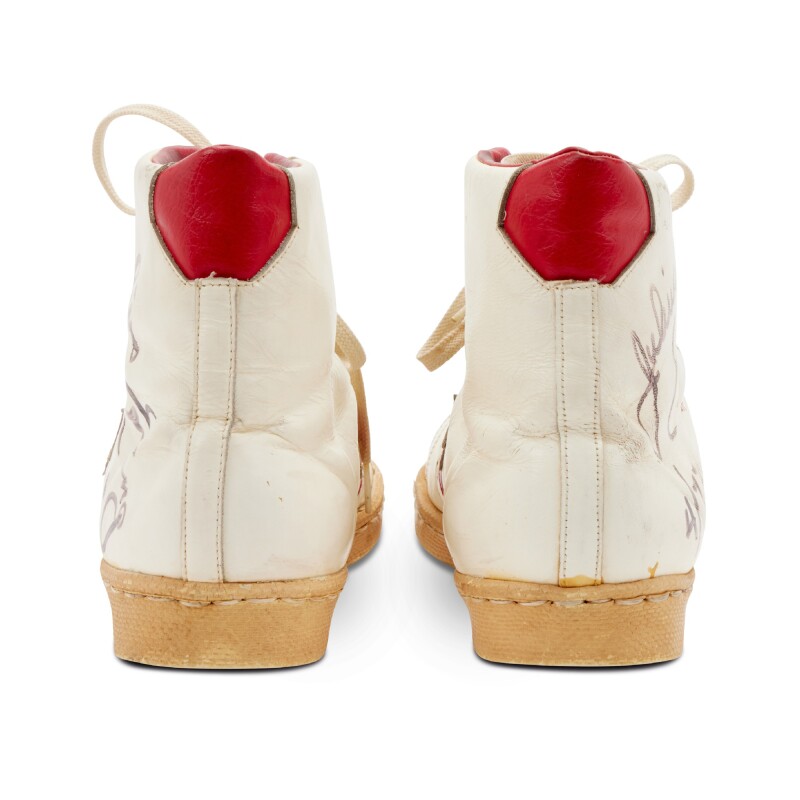 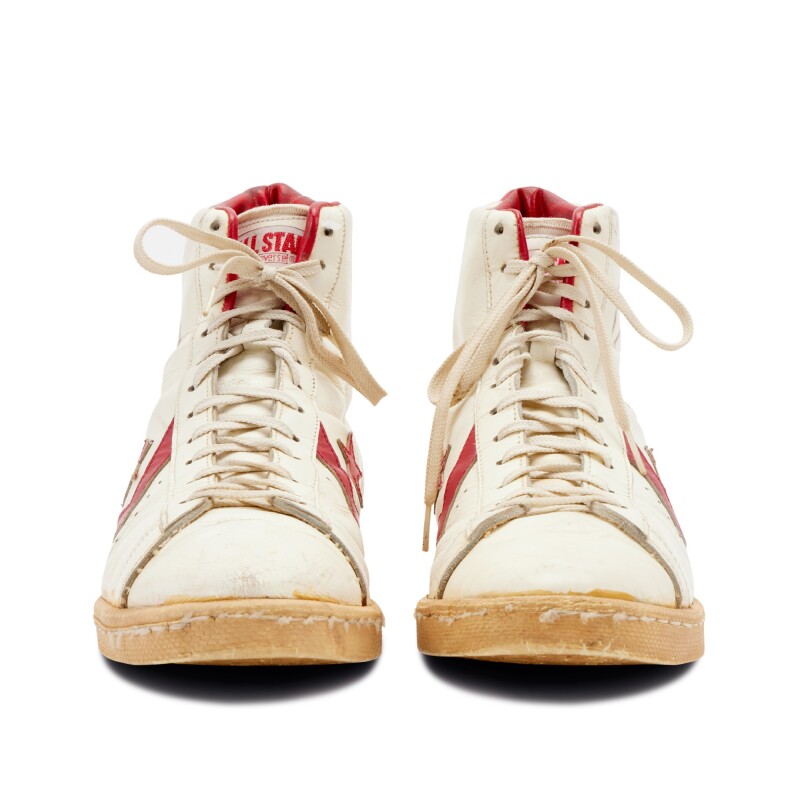 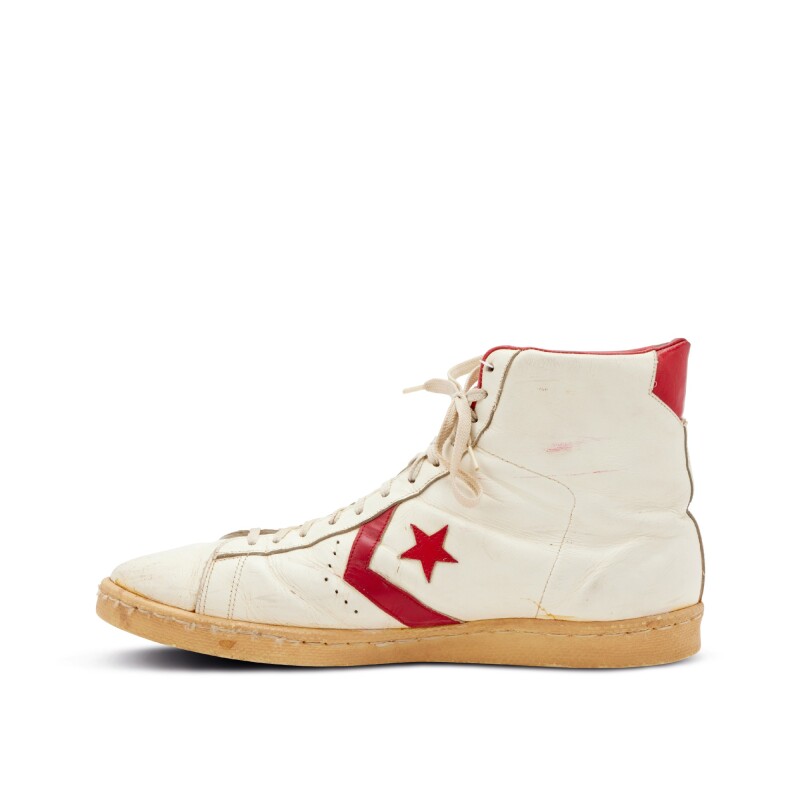 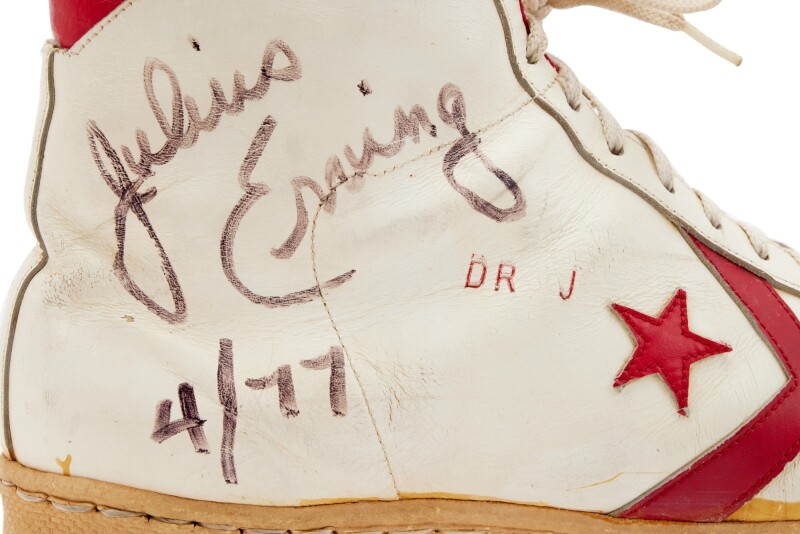 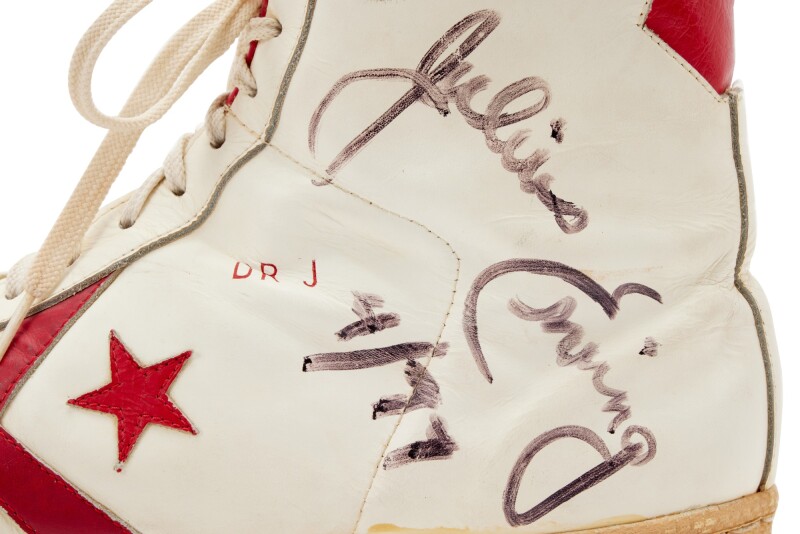 Hall of Famer “Dr. J” left an indelible impression on the game of Basketball as his scintillating play helped create a merger between the ABA and NBA in 1976. An All-Star in every year of his professional sixteen-year career, he was one of the first to bring the field of play “above the rim” and in doing so, changed the face of the game forever. His grace and style have made him a true ambassador of the game. Erving won three championships and four MVP awards while playing with the ABA's Virginia Squires, New York Nets and the NBA's Philadelphia 76ers. Erving was named as one of the NBA’s 50 Greatest Players in 1996 and was inducted into the Basketball Hall of Fame in 1993.

The Converse Pro Leather sneakers made their debut in 1976. Julius “Dr. J” Erving wore this style shoe during the 1976-77 NBA season. The design consists of clean, white uppers, with a chevron and star in red leather. The white and red colorway was created to match the Philadelphia 76ers uniforms. The sneakers are finished with “DR J” on the uppers, and dual signed with “Julius Erving 4/77” on the shoe’s exterior.

The sneakers are accompanied by a Letter of Opinion from MEARS Authentication, LLC assigning the shoes an "Authentic" final grade. Also included is a Letter of Authenticity from PSA/DNA regarding the signatures.

Erving’s signature is featured on the lateral side of the right and left shoe.

The pair is unmarked and does not include a size tag.