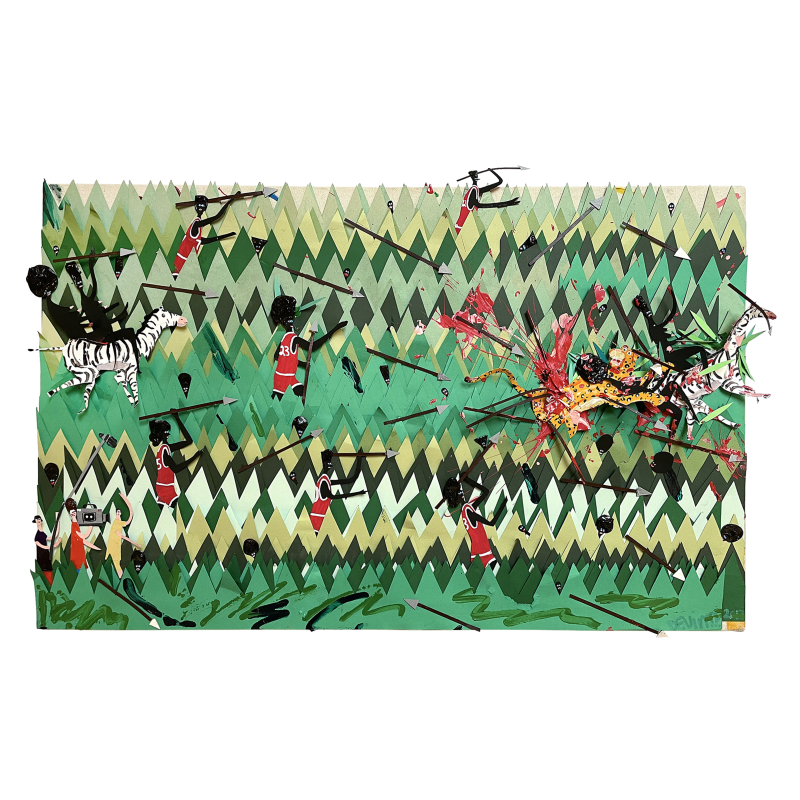 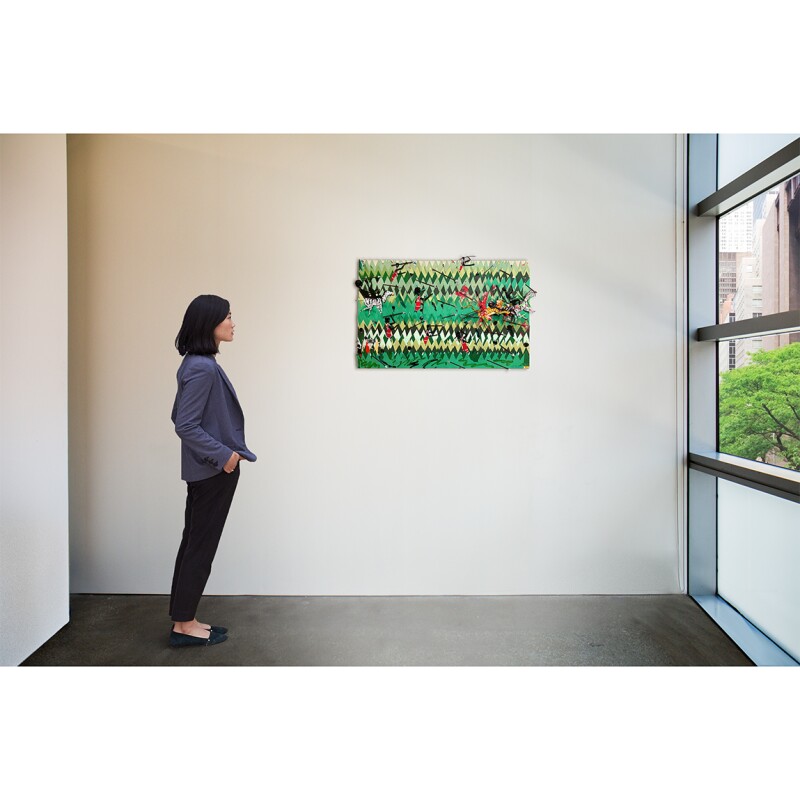 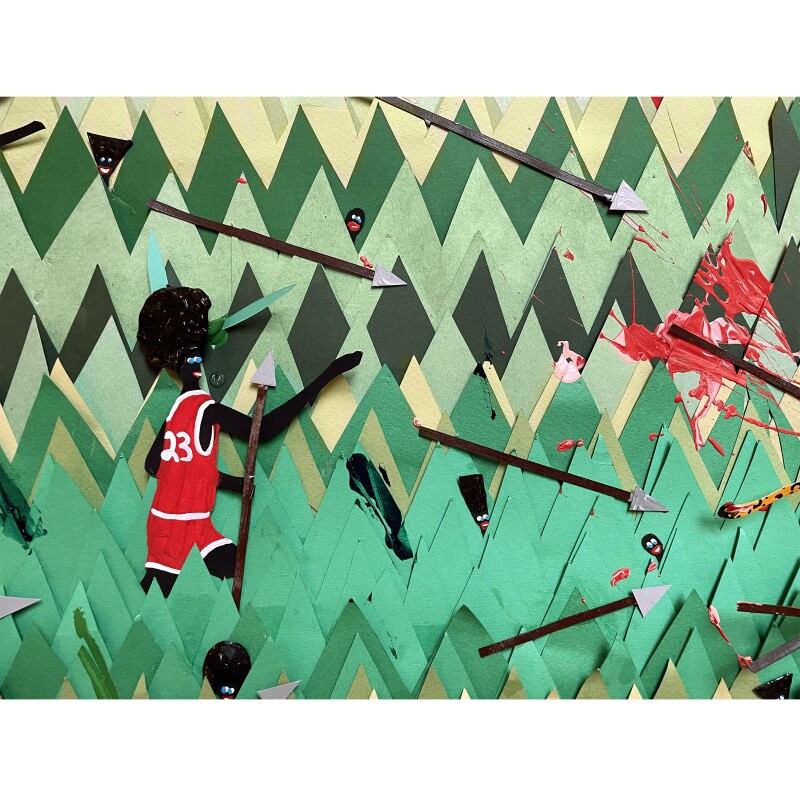 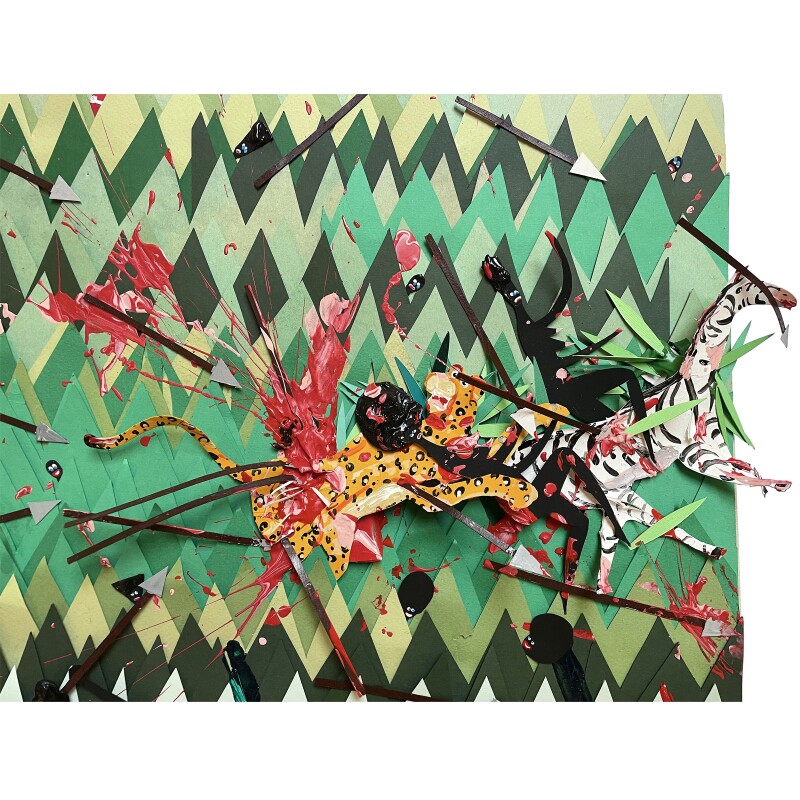 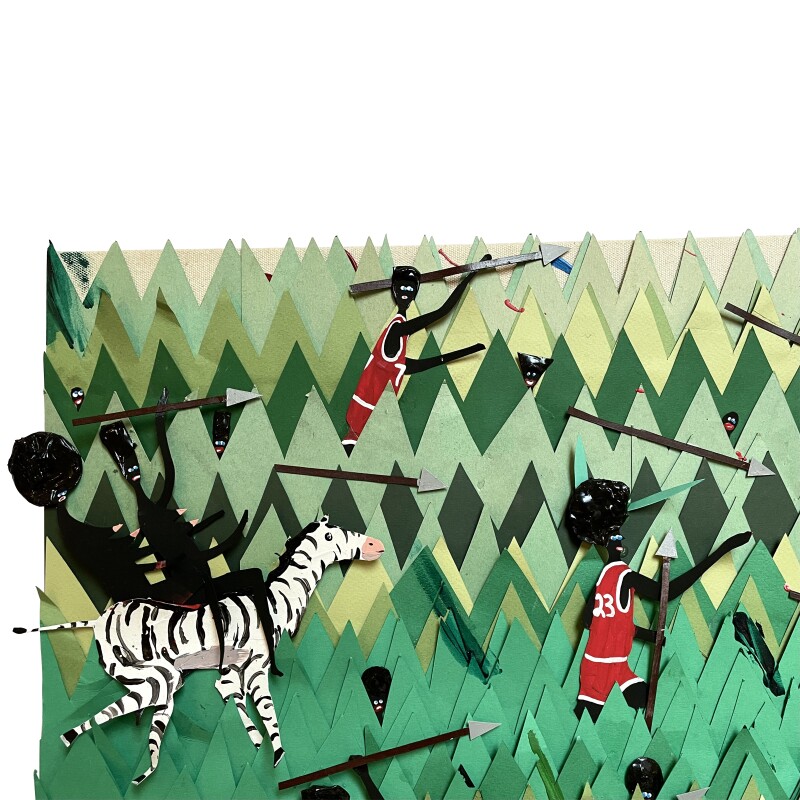 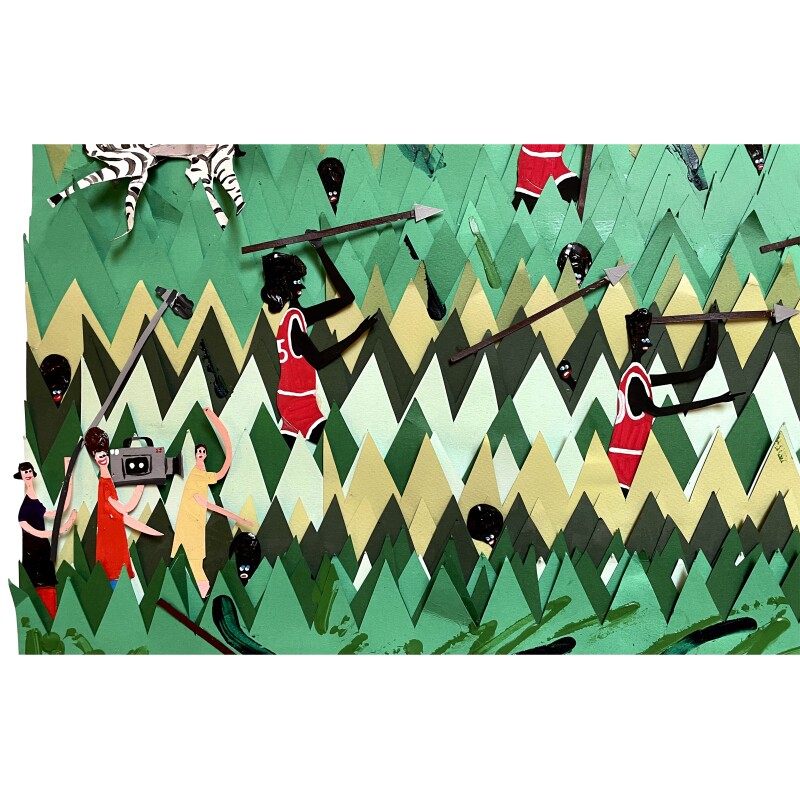 That National Geographic Shit: Creeping on The Come Up

Strother is known for his intricate, alternative narratives in a variety of mediums. He finds inspiration in snippets of overheard conversations, movies, television, music, stand-up comedy podcasts and the work of numerous canonic artists such as Joseph Cornell, Marcel Duchamp and Henri Matisse (particularly Strother’s exuberant collage constructions). Strother incorporates humor and contemporary jargon with titles that often serve as the punchline.

That National Geographic Shit: Creeping on the Come Up was a featured painting in Strother's exhibition "Look at all my shit!" at the Richard Heller Gallery in LA in 2013.

Strother's works are in the permanent collections of The Los Angeles County Museum of Art, The Santa Barbara Museum of Art and the Studio Museum in Harlem.

"Look at all my shit!" Richard Heller Gallery, Los Angeles, 2013

Not examined under UV light.