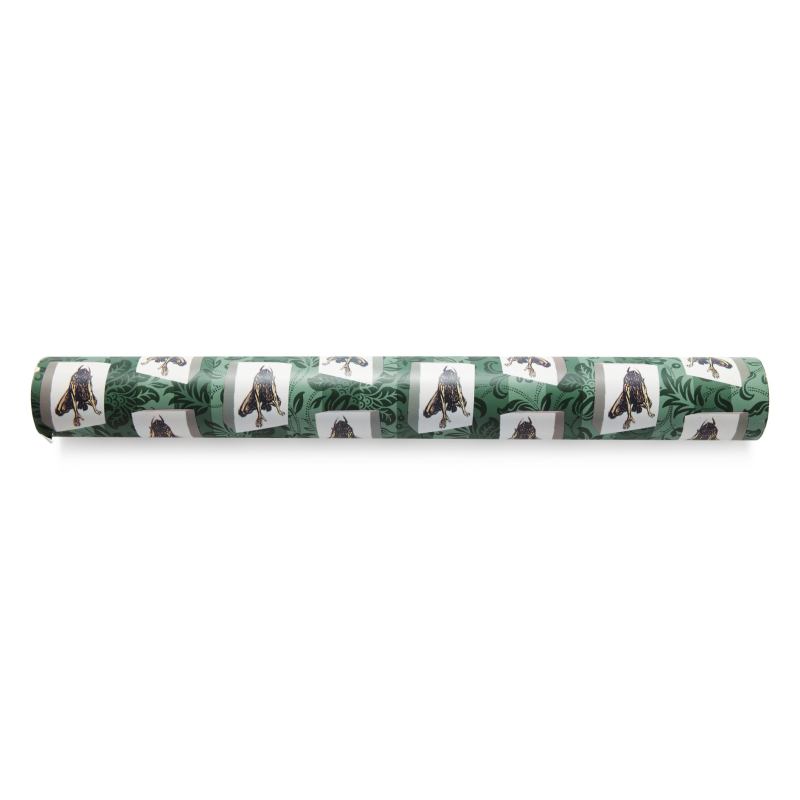 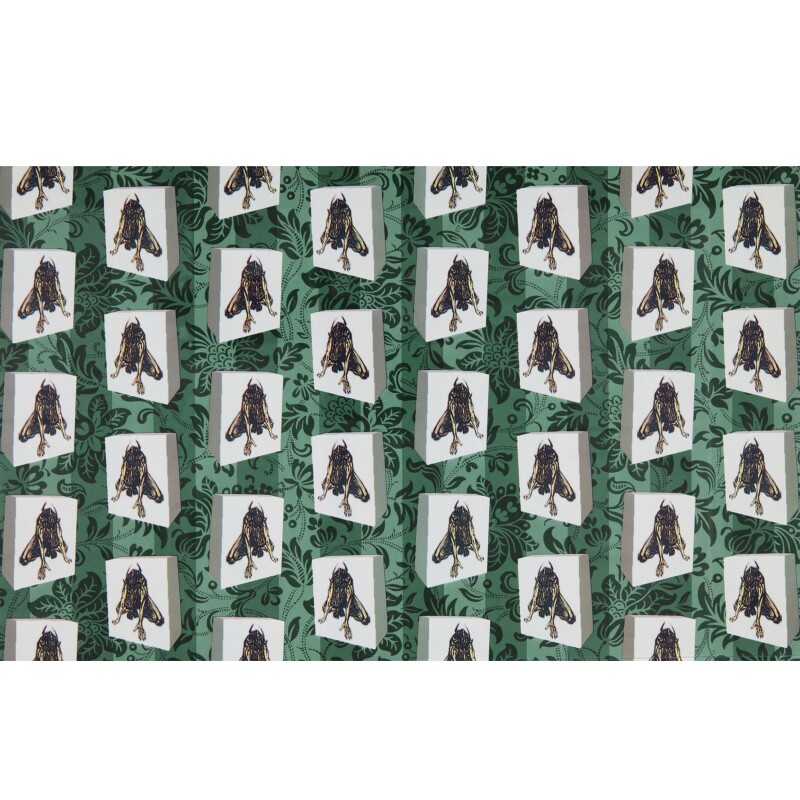 David Bowie’s legacy is a work of art in itself; his ever-changing music and appearance became iconic within his body of work, much like stanzas within a visual artist’s oeuvre — in this case, Picasso’s Cubist period. Bowie’s ability to reinvent himself was as unforgettable as his music, and he never failed to shock and then delight.

A collaboration between David Bowie and designer Laura Ashley has that initially unexpected but then beguiling impact. 10-15 full rolls of wallpaper were printed on the occasion of Bowie’s exhibition New Afro Pagan Work: 1975-1995 at a London gallery. The design features a Minotaur, one of Picasso’s most beloved subjects, and the repeated image is set against a backdrop of traditional English chintz. It exemplifies noteworthy imagery in 20th-century art, offset by a floral pattern ubiquitous of the Laura Ashley aesthetic.

First 8 inches of the rolled sheet with minor wear at edges.

Some spots with associated pigment loss.