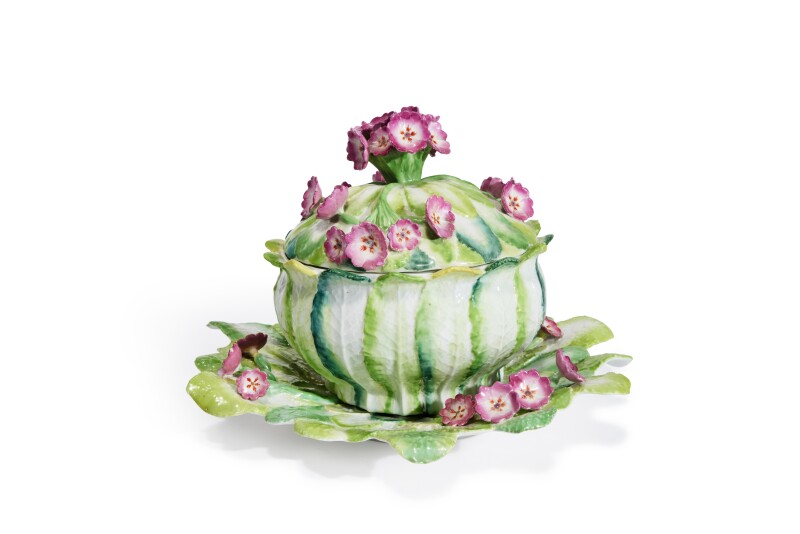 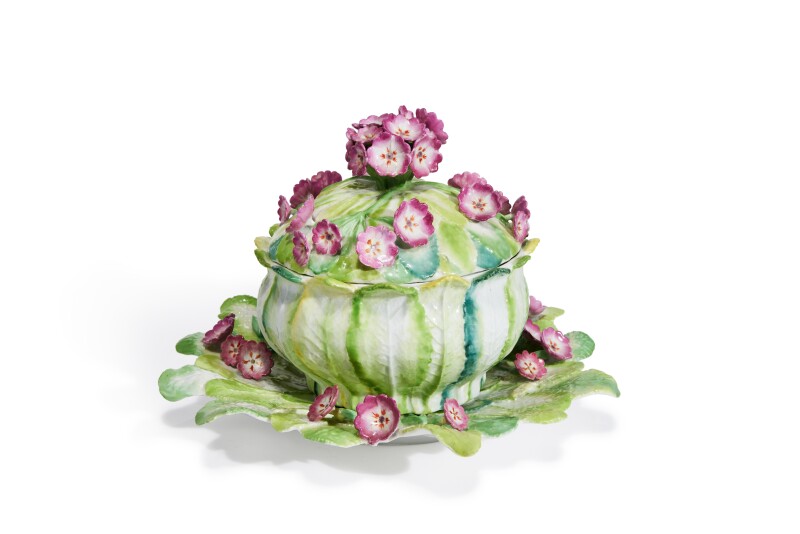 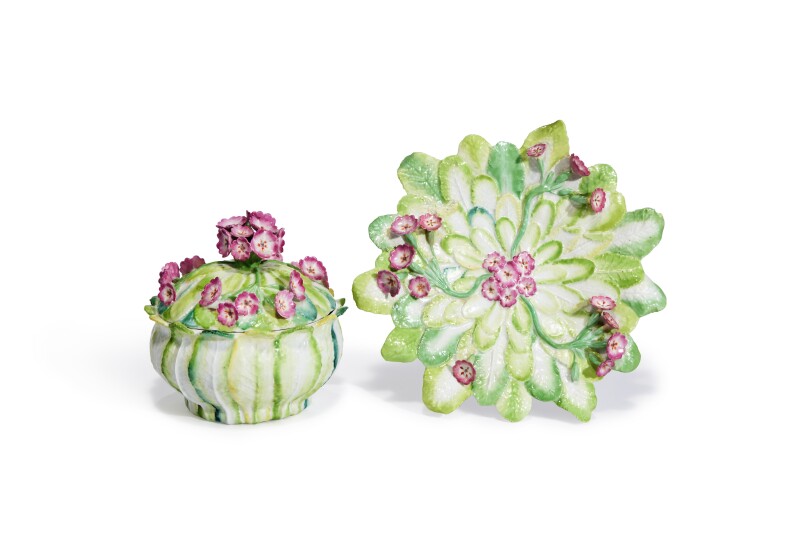 A rare Chelsea Polyanthus Tureen, Cover and Stand, circa 1758

A rare Chelsea Polyanthus Tureen, Cover and Stand, circa 1758

each piece formed by naturalistically molded overlapping leaves, the knop of the cover formed as an upright cluster of puce polyanthus blossoms issuing further sprays of applied flowers, the stand similarly molded and applied with blossom, the tureen and stand with red anchor marks.

Located in New York. Please enquire to arrange a viewing.

This elaborately modelled tureen, complete with its cover and stand, is a very rare survival of one of the most complex of the varied fruit, flower and vegetable form wares made at the Chelsea manufactory in the mid-late 1750s. Made both for the ornament of and use on the dessert table, more commonly found (although still somewhat rare) related forms include sunflower dishes, cabbage leaf bowls and cauliflower, apple, pineapple and rose-form boxes. Interestingly, all of the preceding forms, as well as tureens in the form of rabbits, hens, boars and swans, are all found listed in the 1755 Chelsea porcelain sale catalogue, transcribed in full in William King, Chelsea Porcelain, New York, 1922. p. 69-130, a close examination of which reveals no items matching the appearance of the present tureen, apparently confirming its comparative rarity.